This past weekend we had a class trip to Bolton Flats for the inevitable "fall sparrow hunt". I think "Swamp Sparrow Parade" is a more appropriate name, though, since we had well over 200 of these guys flitting across the road, in and out of bushes....in fact everywhere you looked! 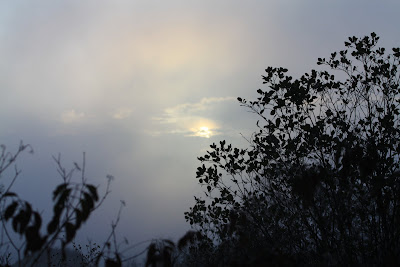 We met at 6:30 in the hopes of getting a Screech Owl (not) and also of getting into the flats before other bird trips showed up. This can be a busy place in late September/early October. 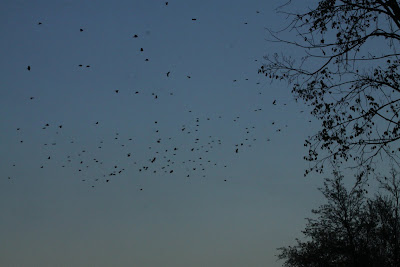 At dawn the Red-winged Blackbirds can be amazing. 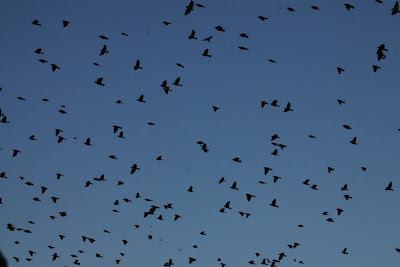 In just a few short hours we counted over 8,000 blackbirds flying either out of or into the cornfields....or just migrating over. 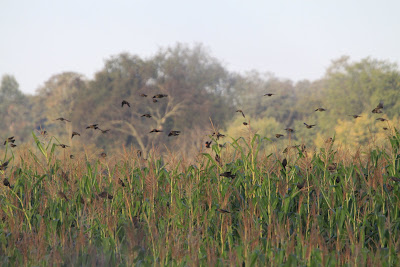 Of course Mark had us all on the lookout for the one Yellow-headed Blackbird that might be in the flocks....but to no avail. 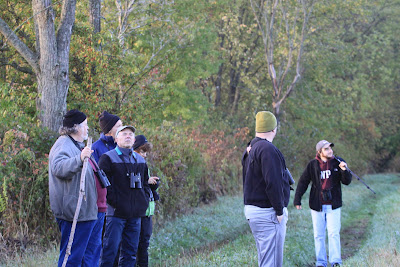 Since this was an early trip, and close by, we were even joined by new dad Kevin Bourinot (sans Landon and mom, Rebecca) who for obvious reasons couldn't take the class this year. I think he and Rebecca would have, but Mark has a rule about newborns being a certain height and able to carry their own binoculars....go figure. 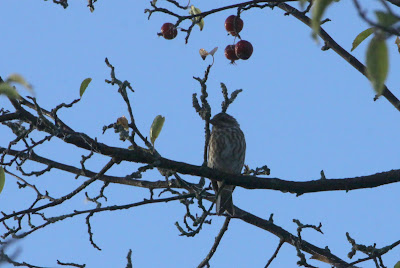 One of the "winter finches" showing up everywhere these days seems to be Purple Finch. (We even have them in our backyard these week -- and we will in a very residential part of Worcester!) In fact at class this week, Tom Mongeon reported have Pine Siskins at his feeder already. Of course he lives in the wilds of Princeton, but it still seems to be a wee bit early. 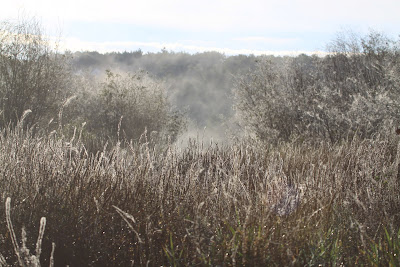 It was a frosty morning for sparrow-hunting, with temps starting out at 38! Mark grumbled something about resisting winter when I suggested pulling out of gloves, and we both came to regret the decision to leave them at home. 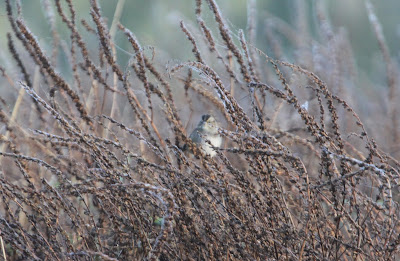 However, that didn't stop us from holding our cold binoculars every time a Swamp Sparrow perched up for a nano second. 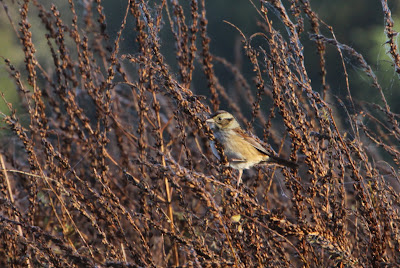 As the sun finally started to warm things up these lbj's (little brown jobs) stayed still a wee bit longer, allowing me to get some shots rather than just lift and lower my camera. 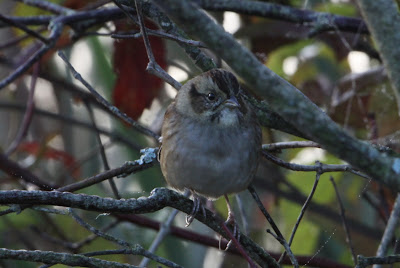 As we moved along the mail dirt road in Bolton Flats we were all able to get good looks at Swamps of all ages and in every plumage variation; and I think everyone in the class feels they can now identify a Swamp Sparrow. It was also interesting to hear how many birds were still singing as well.

I don't want to give you the impression that we only had Swamp Sparrows -- although they were the most numerous. We had Savannahs, Songs, Lincolns and White-throats in okay numbers as well. 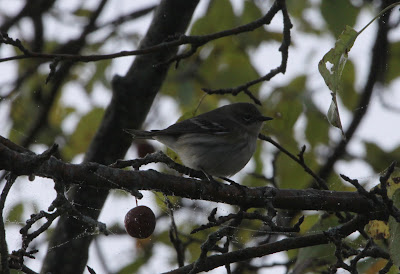 Where it becomes apparent that landbird migration is winding down, though, it in the warbler ranks. We only had 6 species of warblers, and unfortunately a lot of them were Yellow-rumps....usually one of the last warblers to move through in numbers (we had 56). But we did have a singing Nashville and a very confusing Bay-breasted that Tom Manders managed to get some good shots of. I know everyone was hoping for the elusive Connecticut Warbler to pop out, but we were denied. (In fact, I'm sure that's why Kevin joined us on this trip!) 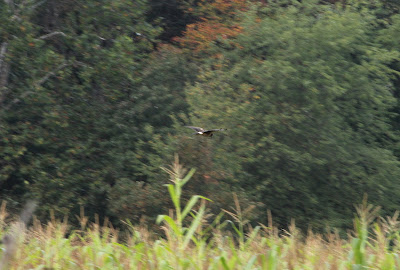 While we didn't have much in the way of hawks, we did have a few Northern Harriers hunting over the cornfields. And these birds did a good job flushing up the 4 Snipe and 1 Woodcock we saw. 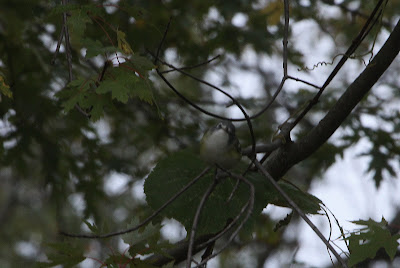 A singing Blue-headed Vireo was a nice surprise as well. 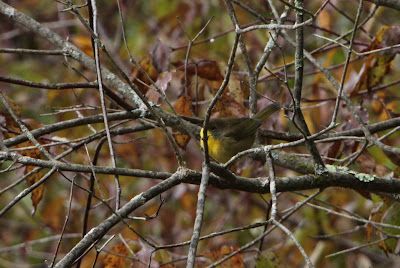 We ended our morning-only trip poking around the fields at the old red barn further up on Rt. 110, where we had Purple Finch flying over, lots more Swamp Sparrows and this very colorful Common Yellowthroat.

After the trip officially ended, Mark & I decided to visit one of our favorite farm stands (Berberian Farm in Northborough). They have the most wonderful variety of lettuce, pepper, tomatoes, herbs, etc. in the area. Anyway, prior to stopping to get a two-week supply of fresh veggies, we decided to try to find the grave of Warner Oland. 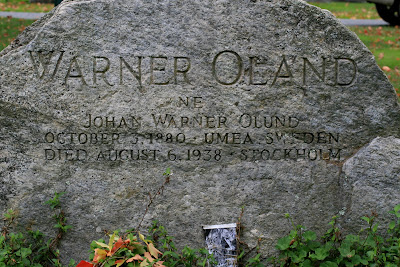 The reason for this rather unusual side trip, was that Mark just learned from a friend on Facebook that Warner Oland was buried in Southborough. Warner Oland is the Swedish-born actor who portrayed Charlie Chan in the movies and on television. And Mark had just done a radio interview on his show, Inquiry, with English professor and cultural historian, Yunte Huang, who recently wrote a book called Charlie Chan: The Untold Story of the Honorable Detective and His Rendezvous with American History

Mark wanted to get a picture and send it off to Professor Huang. BTW if you want to listen to the interview all of Mark's radio shows are webcast so you can download them and listen on your computer. Just go to www.wicn.org/podcasts/inquiry and check out the list of all the interviews Mark's done -- you won't be disappointed.