We had a perfect Saturday morning, tromping around the Brookfields and definitely feeling spring-like! The geese were flying high overhead and you knew they were headed north...since we had defending birds on a number of ponds. 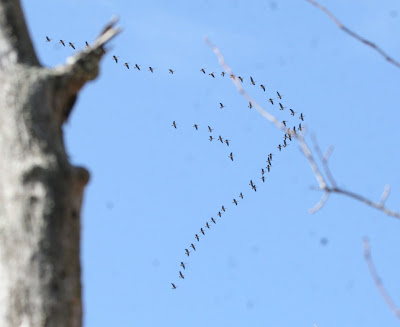 We spent time at Lake Quabog, where we had a number of Bald Eagles, including both adults and first-year birds. And then we headed to the WMA between Quabog and Quacumquasette. While we hoped to get woodcock in the trees along the edge of the cornfields, we had to settle for singing Fox Sparrow and lots of blackbirds setting up territories. 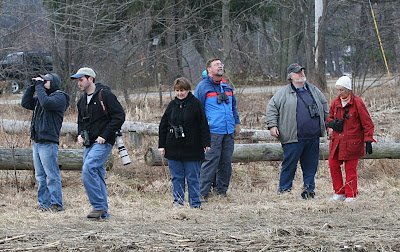 The Pussy willows were popping out.... 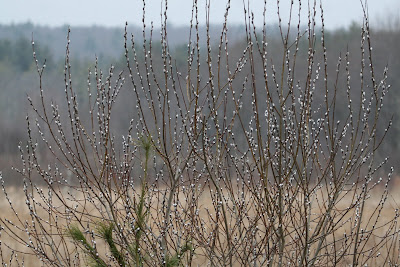 and the Red-winged Blackbirds were chasing away anything that came near their favorite corner of the marshy edges of the field (and that included me). 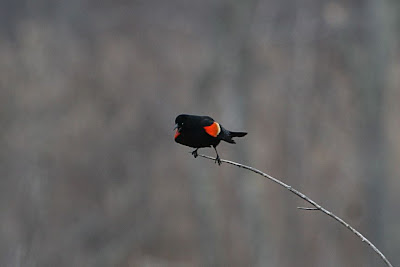 We stopped at Coy's Brook in West Brookfield and were treated to a pair of Hooded Mergs just looking for the right hole in a nearby tree to set up house. 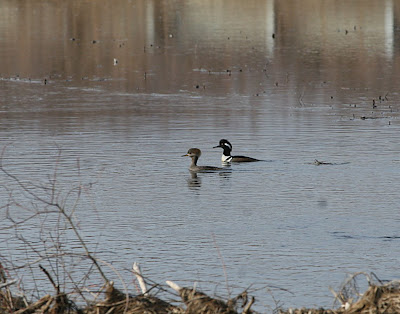 We even had our first Painted Turtles near Lake Wickabog. As the weather got warmed Mark started looking seriously for his first butterfly. He had heard from Tom Gagnon the day before that he had 16 individuals flying on Mt. Tom. So we were definitely patrolling for our first Mourning Cloaks. 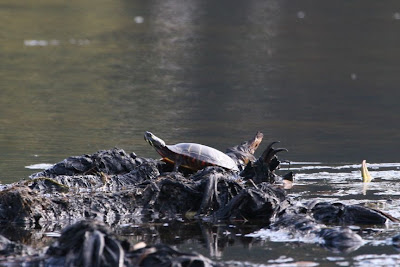 At the north end of Lake Wickabog there was still a good-sized flock of Common Mergs. 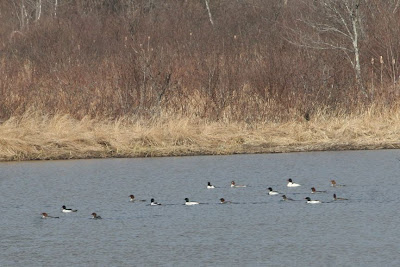 While many of the other duck species were getting paired up, the Common Mergs definitely seemed to still be in their loose winter flocks. Although there was some definite displaying going on. 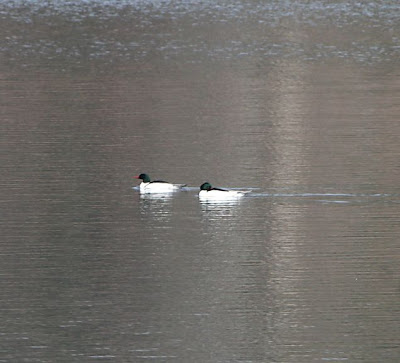 The real excitement came with finding a male Red-breasted Merganser with a female duck we could only conclude was some weird hybrid. Everyone spent quite a bit of time glued to their scopes trying to determine exactly what field marks we could see. Dan Berard's photo below shows the best shot of the black facial markings of the bird. If you have any ideas on this bird, please email Mark....since he's spent all afternoon pouring over field guides and online resource material trying to get a concrete answer. 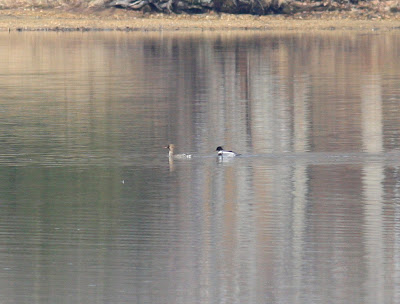 Eventually we moved on to Elm Hill MAS (having made an oh-so-quick stop to see the new miniature horse babies). Still searching for butterflies, we had lots of singing Song Sparrows. 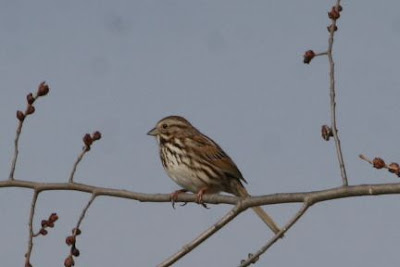 We had siskins everywhere we stopped, but none would come out for picture taking. I'm hoping that means they're starting to thinking about nesting, since we had both flocks and individual pairs. But the most common songbird in view continued to be the Song Sparrow. 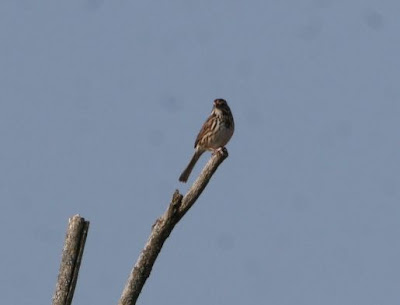 We had some nice views of Red-tails definitely on territory. And we even had our first Ruffed Grouse drumming! 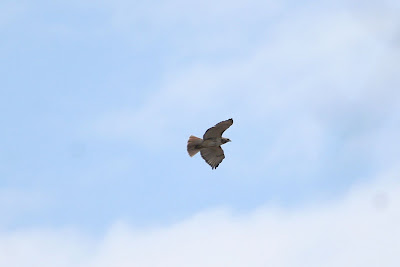 As we ended the morning at the north end of Lake Lashaway, Dan managed to get a quick view of a Mourning Cloak across the water, but I'm sad to say that Mark and I went home butterfly-less.

Oh well, it's just the beginning of spring and there's always next weekend!
Regards,
Sheila
Posted by Sheila Carroll at 4:06 PM