Saturday morning we did a quick canvassing of two blocks we've set aside for "block-busting" in this year's Atlas project. They are in the much-undercovered Bristol County in Seekonk and Rehoboth. Some of the area we're familiar with from doing the Blackstone Corridor, since the area borders the Turner Reservoir on the East Providence/Seekonk line. We had Flicker calling from a little cemetary, but no one seemed to be answering. He sat in this one spot for about 15 minutes just calling. 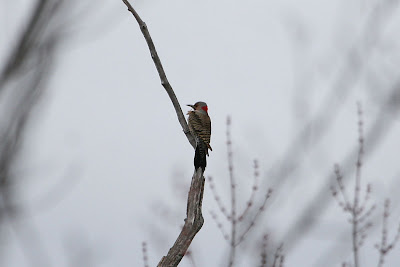 We had some Tree Swallows and this female Bluebird at the Caratunk refuge in Seekonk. It's odd that ASRI (Audubon Society of RI) has a refuge in Massachusetts....and of course that set off a long discussion on whether or not the refuge is like an embassy and that we're actually in RI and not Massuachusetts. (Sometimes the things Mark and I get into "discussions" about even amazes me!) But seriously, does anyone really think that if they see a bird while on the grounds of the Russian Embassy in NY, that they can actually count that bird on their Russian life list???? 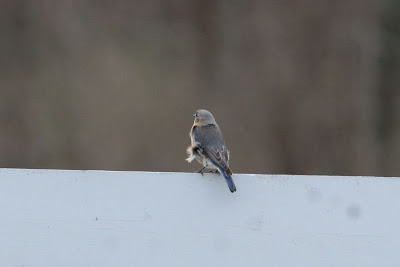 While checking some of the farms in Rehoboth for Rock Pigeons and Starlings nesting (which we confirmed) we came across this handsome Red Junglefowl rooster just walking by the side of the road. Now why can't we count this bird in the Atlas? 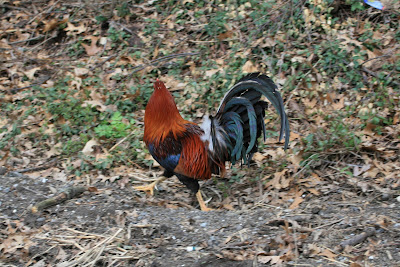 Things were definitely on the quiet side with regards to waterfowl; not sure if things have already moved out of whether duck migration is still to come. 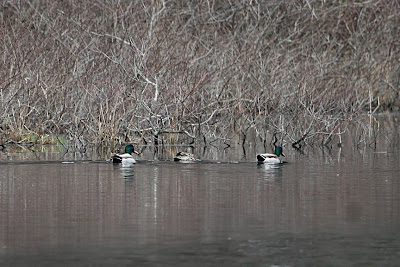 Behind an industrial park in Seekonk we found a nest and after searching and searching Mark spotted a Red-tail sitting very low...obviously already on some eggs. A good Incidental confirmed breeding record for the atlas! 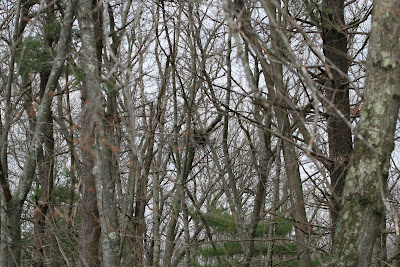 We stopped at a little conservation area in Rehoboth..... 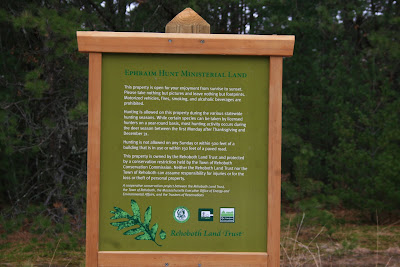 but the most noteworthy observation was how much it reminded me of the Cape. The sandy soil and small pines defintely had that same feel as some of the dirt roads we travel on the Truro Christmas Count....only we don't arrive at an ocean overlook! 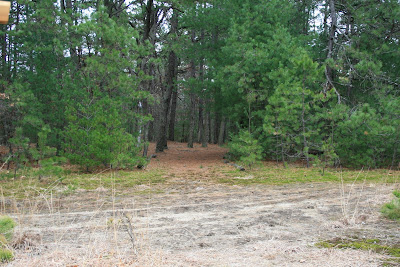 One of the best sightings of the morning was this "sleeping" horse in the bushes of a fenced-in building for rent in Seekonk. I have no explanation whatsoever....and this is when I just accept it as one of the little oddities I sometimes come across -- go figure! 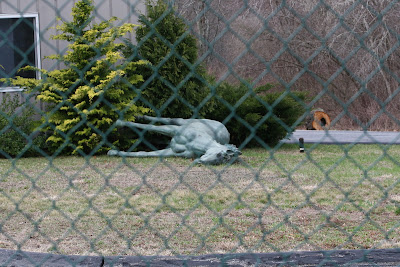 BTW, we did get a number of Confirmed and Probable breeding birds in both blocks (one is only a partial block). So we have already made a dent (although a very small one) in the block-busting efforts for these two atlas blocks. Plus just outside the block is where there's a recently established colony of Purple Martins, so we hope to add that as an Incidental sighting as well.