Tyringham and the southern Berks - 4/5

I'm am so late in getting this posted. Last weekend we traveled out to the southern Berkshires to check on one of our atlas blocks from last year that included the Tyringham valley. This place is always magical for me to visit. It's right off the Exit 2 from the Mass Turnpike and there are a number of roads that criss-cross the valley. Some of the dirt roads weren't even open yet, due to mud season, but we did spend a wonderful Sunday poking around several places. 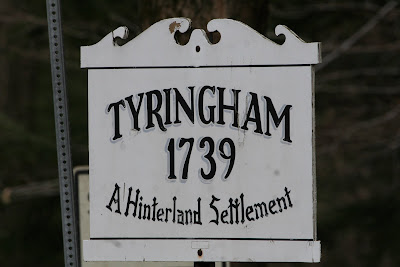 This shot looking south from the Tyringham cobble doesn't do it justice. Plus even though the weather had been forecast for sunny and warm back in Worcester, it didn't play out that way in the Berks. In fact we had light snow flurries at several points along the Turnpike. 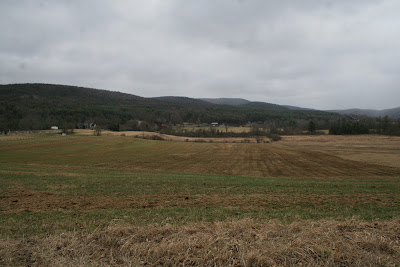 The valley is usually a great place during migration in the fall, but we didn't know what to expect this early in the spring. We were surprised to have Snow Geese migrating through. 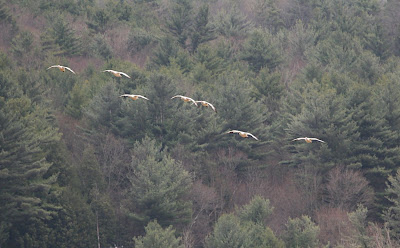 And the wind was so strong they had to circle around several times before they were able to move north up the valley. 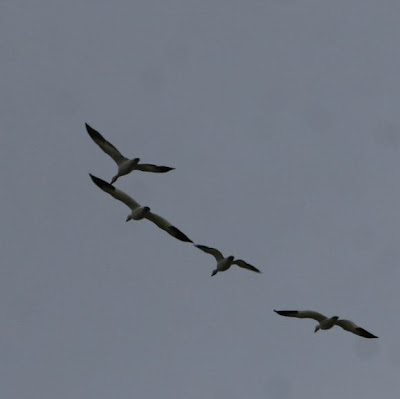 This is usually a great place to Snipe and Woodcock, but these Mallards were the only ducks we found in the wet fields. Last year at about this same time we had numbers of snipe flushing out and killdeer were already setting up territories. 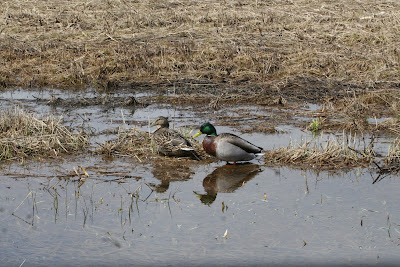 We did have a beautiful male Harrier hunting the back edges of the wet fields, and we watched him circle way up and out of the valley along the ridge line moving in the same direction as the Snow Geese. 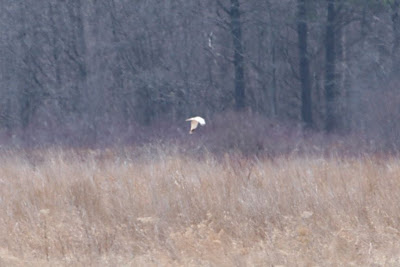 There were several times we almost gave up and headed back to at least the Connecticut River valley, but we decided to check out some of the dirt roads that seemed passable. After all we were seeing signs of spring even though the temps were down in the 30's. 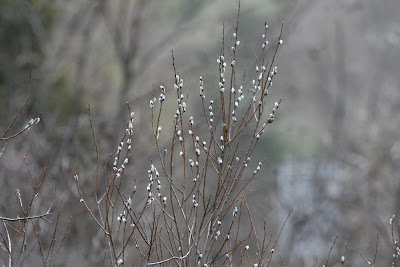 Half way down the valley (before you get to the "town" of Tyringham) there's a side road we often take. You turn past this farm where they have a few Scottish Highland cattle. I learned recently that the long hair over the eyes is call the "dossan" and it protects the cattle from pinkeye and other fly-borne diseases. Wow....there's something new to learn everyday. 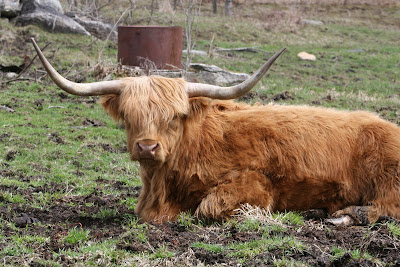 There were a pair of Phoebes recently returned and looking for insects along the split rail fence. 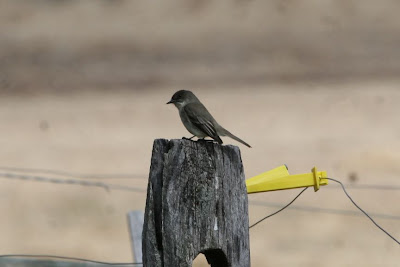 At one point either I got too close or he definitely saw something interesting.... 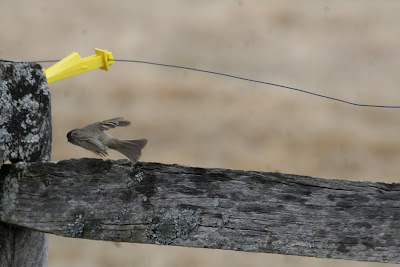 One of the hardest birds to find in the Tyringham valley last year when we did our atlasing was the Rock Pigeon. I know, I know why would anyone actually photograph pigeons! But I'm totally fascinated by these birds when I find them outside of the downtown cityscapes. Most of the time they hang around farms, but still you can't always count on them. In fact after two year's of the state-wide Breeding Bird Atlas, they've been found in less than half of the blocks that already have records. This is probably more than you cared to know about Rock Pigeons, but I felt I needed to justify my posting a group picture on my blog! 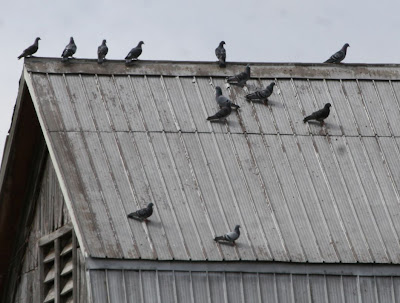 One of the interesting animals it's always fun to come across is the "black" gray squirrel. I've never seen them east of the Connecticut River valley (Amherst is the closest) although I'm thinking they must be around. This little fellow was chasing around a backyard in Monterey as we headed down to check on whether the breeding Sandhill Crane has returned. (Turns out we were a week early.) 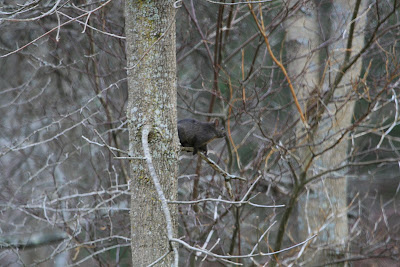 We dipped into Connecticut from a bit and came back into the state near Ashley Falls. We came upon another Snow Goose -- this one an immature hanging around with a small flock of Canadas. I don't think we've ever seen Snow Goose in the southern Berkshires, and this time we had two different sightings. 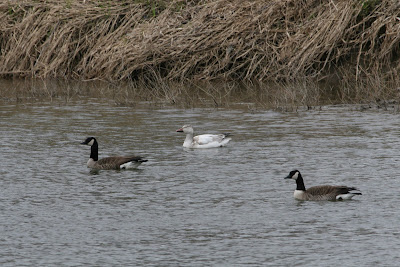 We also had more Phoebes in Sheffield and when we stopped at Mill Pong in South Egremont. 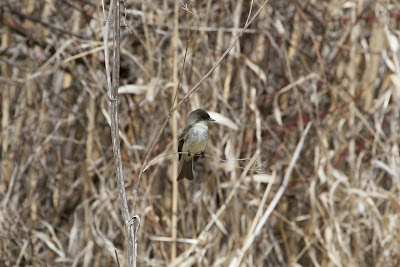 The pond was rather quiet, but there was a pair of Common Mergansers and the male kept flying around like he wanted the female to join him and go somewhere else. 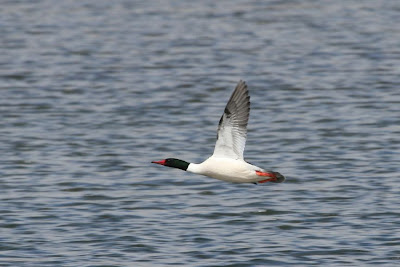 We took our cues from the Merg and decided to head out ourselves and meandered back to Worcester.

If you're looking for a nice day-long getaway, consider heading out to the Tyringham Valley area and poking around the Housatonic looking for early spring migrants. I might be biased, but it never disappoints.
Enjoy......Sheila
Posted by Sheila Carroll at 6:12 AM