We left Worcester yesterday morning for a strange combination day -- we were heading north to Cape Ann and Plum Island to scatter Mark's mom's ashes. And we were going to bird as well. Now this sounds totally strange, I know, but if you've been reading this blog for the past whatever time period, you've probably realized strange is nothing new to us. This is something Mark had planned to do when his mother passed away in January, and we wanted to do this on her birthday, which was April 23rd. (BTW this Red-tailed Hawk is often perched on the weather vane of the church on the corner of Park and Salisbury.) 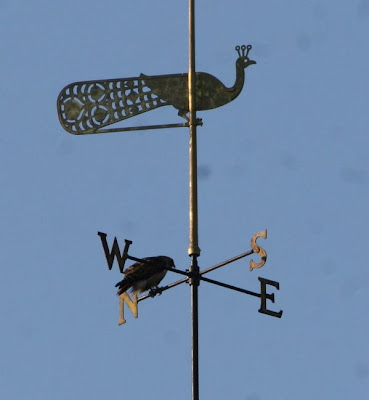 Our first stop was in Magnolia overlooking Kettle Island. Mark's mom, Doris, often took Mark there as a kid and his memories of her being at peace just staring out into the ocean told him that this is one of the places she would want to be. BTW, there were lots of egrets already on nests and we had our first Glossy Ibis flying into a nest on the island as well. 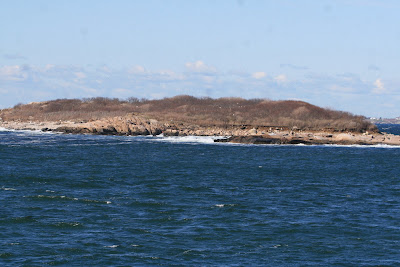 Now I hope you realize that scattering cremated ashes is not something we have any experience doing -- in fact we both had visions of The Big Lebowski as we approached the ocean on this very windy day! Either that or being arrested for doing something quite illegal. But it was fine, in fact more than fine -- it was perfect. 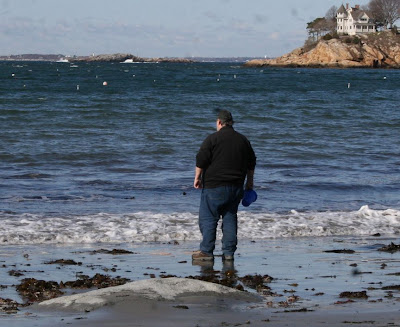 After leaving Cape Ann, we headed up to Plum Island along Rt. 133 and stopped for Double-crested Cormorants near Woodman's in Essex. 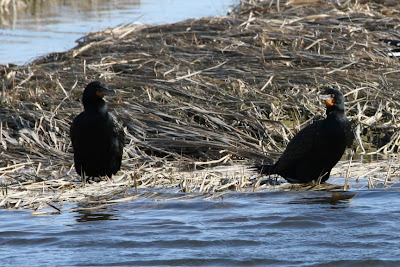 We also had our first Snowy Egrets of the year as well. 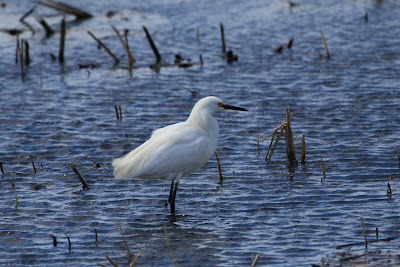 As we drove down Plum Island, we were delighted to find several Great Egrets in the close pools by the Salt Pannes. We were also grateful that Doris's birthday fell on a Thursday this year and not the upcoming 80-degree weather we're expecting on the weekend. Therefore, Plum was relatively empty. 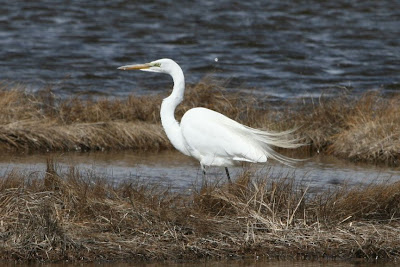 Heron's definitely seemed to be out and about whenever we stopped. 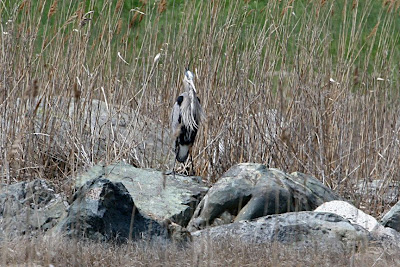 When we reached the State Beach at the southern end of the island, there was no one else around and Mark was able to complete this final phase without interruption. And while we had a beautiful environmentally-made Basswood urn, our friendly and helpful funeral director advised us to use a beach pail if we wanted to be less conspicuous, which we did. Doris would absolutely have loved the "caper" we went through to return her to nature! 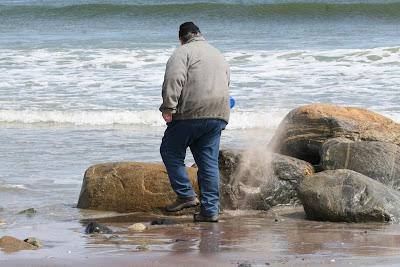 Driving off the island we, again, got close looks at Snowies..... 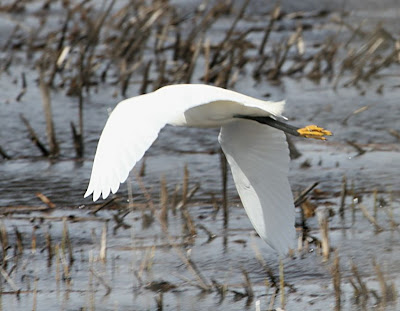 and their plumage was perfect. 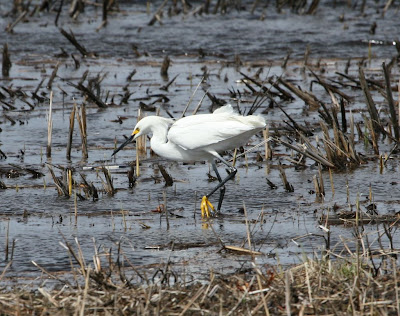 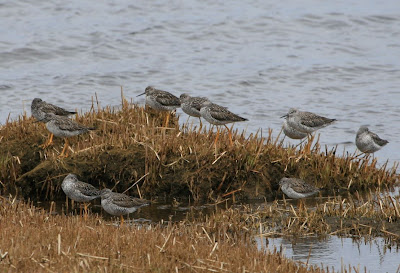 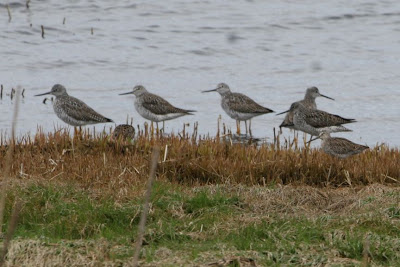 As we sat studying Yellowlegs near the "clam shack" I noticed a new "sculpture" in the front yard of the house across the street -- Mussel Man! I have no idea what this is all about, but I've come to accept the strange as strange and just move on. After all how many answers can there be to the question: "why would someone construct a statue totally out of mussel shells and then have them seeming to be mowing the lawn?" 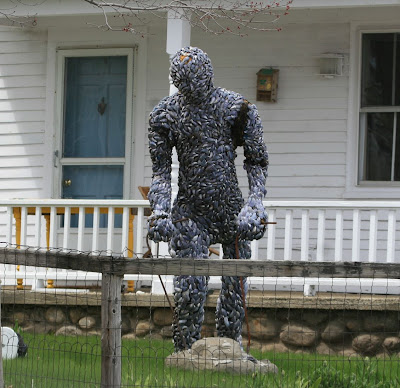 So ended our latest trip to the North Shore -- weird day, don't ya think?