Inside Quabbin in mid-July

I took a few days of vacation at the end of last week, just so Mark and I could do some low-impact birding now that the atlas work is winding down. On Thursday and Saturday we took advantage of our atlasing permit to drive in the Gate 35 and 40 areas of Quabbin. We did manage to add a few new species in a number of the Worcester County blocks and we upgraded a whole bunch of other sightings. But basically we spent some quality time in a very special place! The only drawback were the hordes of deer flies and mosquitoes! 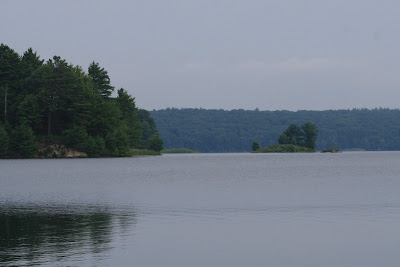 While at Grave's Landing (above) we had several adult Common Loons -- but never saw a young bird. In fact we're not even sure if the birds were pairs or whether there may have been other birds on the nest nearby.....just don't know. At one point all the loons were flying around and calling and we thought they may have been flushed by a fisherman. 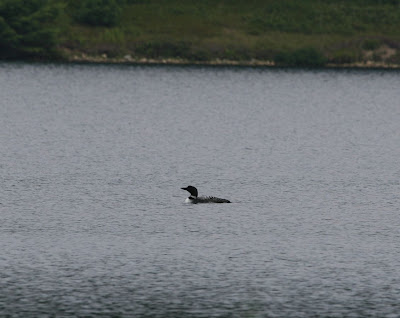 As we were focusing on one of the close calling loons we heard a huge splash not very far off to our left and turned to watch an adult Bald Eagle IN THE WATER "struggling" exactly where we had seen a calling loon a few seconds earlier -- we never saw the loon again. But the Bald Eagle seemed to be swimming to the nearby shore and while we couldn't 100% confirm that he was dragging something..... 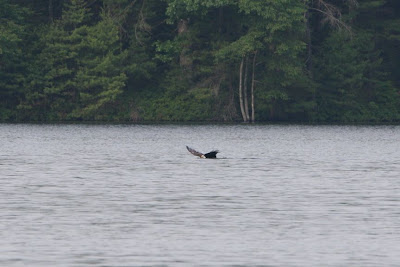 our hypothesis is that the eagle took the loon and was swimming with it in his talons. Now we didn't come to this conclusion lightly; last year we were told by the DCR that a Bald Eagle had killed and eaten a nesting loon on one of the nearby islands. And in talking with Bart Kamp he confirmed having seem something similar at Wachusett and actually saw the eagle emerge on land with the killed loon. 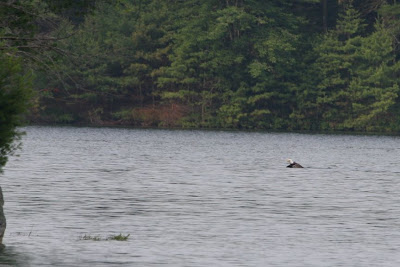 After we left Grave's Landing we had another slightly strange sighting... 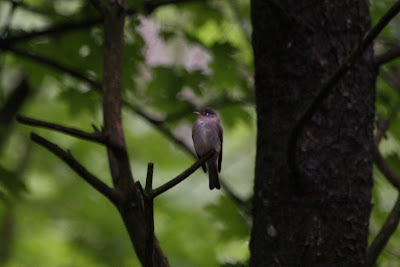 We had an Eastern Wood Pewee nest building! Seems kinda late, but the bird was definitely either building or repairing a nest and calling constantly. Only one bird was seen and we weren't sure if the nest had been damaged by the heavy rains recently or whether another nesting attempt had failed and he/she was starting all over. If you look closely at the nest below you can see the hole in the bottom which the bird was definitely working on. 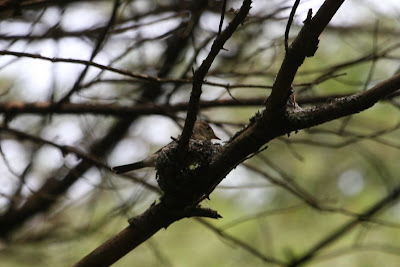 But some nesting attempts obviously did work -- this young Common Yellowthroat was definitely interested in our spishing. 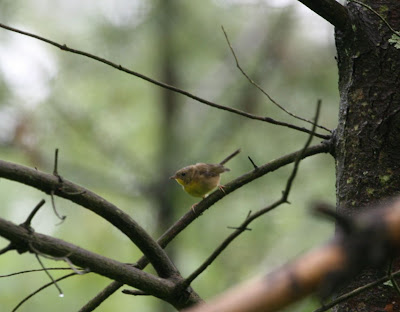 Both of our forays into Quabbin were done in this summer's typical weather -- foggy, drizzly and sometimes actually raining. But even in that weather Quabbin is a beautiful place. As we looked out at the big phragmites island at the end of Gate 35 we found a pair of Mute Swans. Now many of you know how much Mark loves his swans, so this was a particularly disturbing find. We didn't confirm any young, but it was an obvious pair working in and out of the phrags along the west side of the island -- it's only a matter of time. 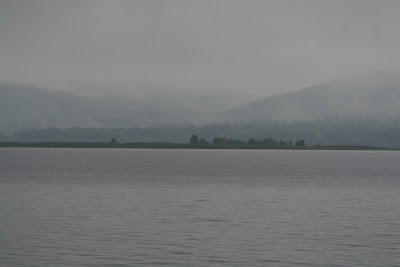 With all the damp weather, we had an abundance of Indian Pipe "in bloom". 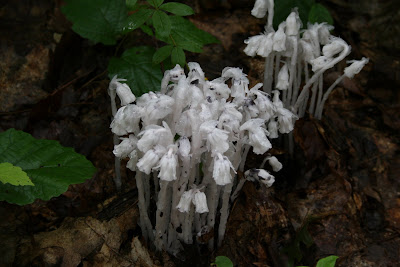 But there were bright spots of sunshine on both days, so we also got some butterflies....like this very sharp Northern Pearly-eye (Enodia anthedon) 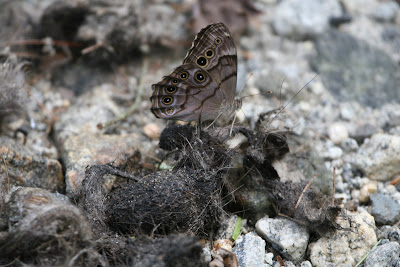 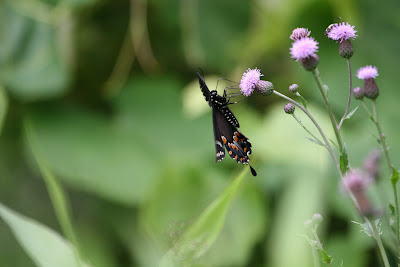 which moved around very fast until the sun dipped behind some clouds and then he would just land on the road and wait for the next break of sunshine. 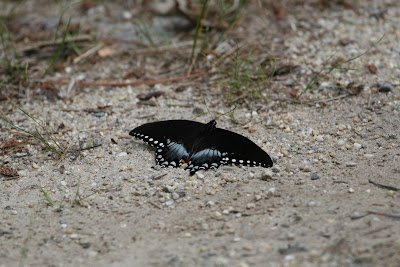 In addition to the birds, plants and butterflies, we also came across this very cooperative Wood Frog at one of our stops. It was really interesting to see how he could camouflage himself so perfectly against the leaf litter so that when you looked away for a minute to check out a bird you actually had to re-find him when you looked back. 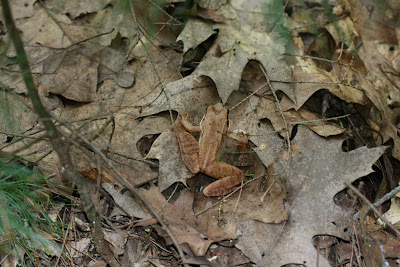 One of the nice things about frogs is that they let you get really close with a macro lens. 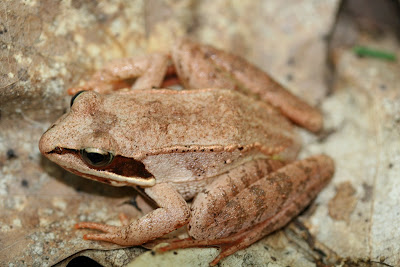 So in a couple of day's of slightly bizarre sightings, the next two pictures just add to the experience.

This Black-throated Blue Warbler is not really trying to imitate Linda Blair. I actually snapped a photo just as he turned his head to preen and this was the result. 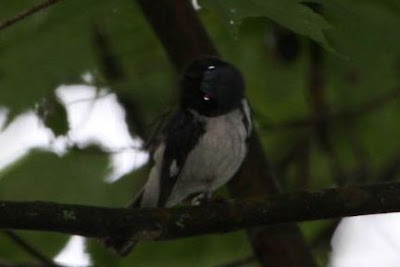 And this American Woodcock was definitely acting strange. He/she kept running back in forth in the tire-track ruts on this little side road. Whether or not it had babies nearby we could never confirm, but definitely an unexpected sighting deep inside Quabbin. 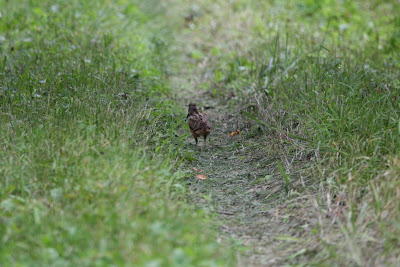 A great couple of days with some totally unique sightings.....now we're off to the Berkshires to see if we can top this.