Chaffinch in a private home

I hate to post about birds that aren't totally accessible to the public, but the Chaffinch which has been hanging around since early December made it through the recent storms and onto the Boston Christmas Bird Count! I'm sure the information will now become more public -- although you still need to be invited inside a private home to view the bird. Even though I still don't feel comfortable giving a specific location, I did want to share some of the photos I was lucky enough to get of the bird. 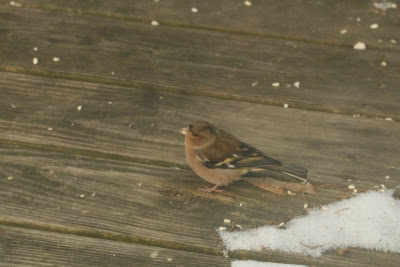 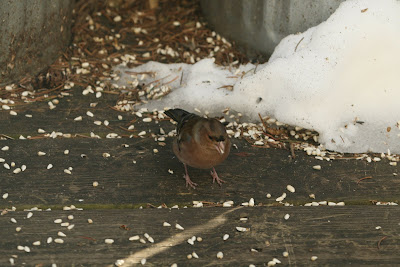 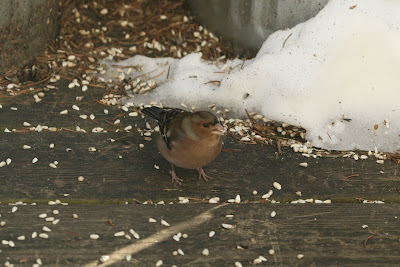 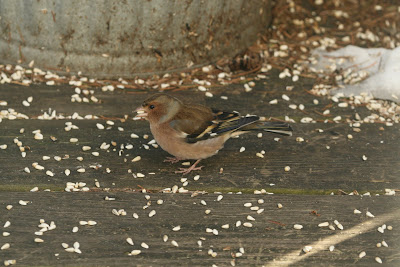 The Chaffinch (Fringillidae coelebs) is a fairly common bird throughout Europe. There have been other records of this bird in Massachusetts -- although many of them are dismissed as released caged birds. Since this was a young bird showing a lot of feather wear, it's quite possible that this is an "authentic" bird. While not highly migratory (in the milder climates) these birds are known to form loose flocks and leave the colder regions, with some straying to eastern No. America. We may never know........Hopefully this bird -- or another like him -- will appear in a more accessible, public area so that more birders get the chance to see him.
Enjoy.....Sheila
Posted by Sheila Carroll at 5:50 PM