Christmas Bird Count #3 was Quabbin CBC the day after Christmas! There was some snow and possible icing predicted -- but neither seemed to happen. We had a fairly large team compared to some of the other Quabbin count sections. We had a team of 9 working just the inside part of our Dana sector and another team of 4 working outside. Just our sector had 50 species, with a good number of eagles and ducks since the water was open. The highlight for us was the adult Golden Eagle around 9 in the morning. 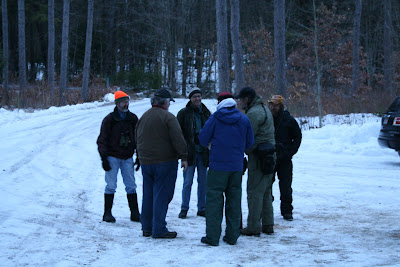 The "inside" crew starting to assemble about 7:30 a.m. -- just before Kevin & Rebecca showed up. 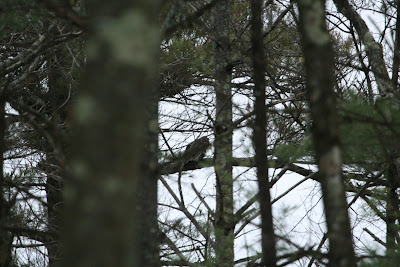 We did very little "formal" owling due to the predicted bad weather, but Simon Hennin, Mark & I had this Barred Owl fly across the road right in front of us on the way to the Mt. Zion overlook. 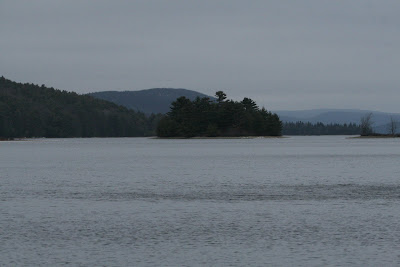 The day was gray, but with the water open we had 6 species of ducks.....and a Common Loon. 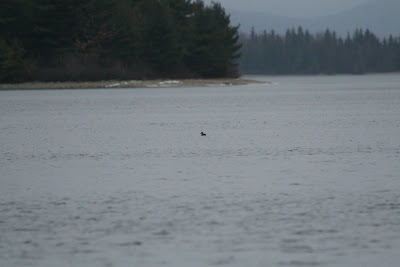 This lonely-looking female Bufflehead finally found the flock of 9 female Common Goldeneye and hung out. 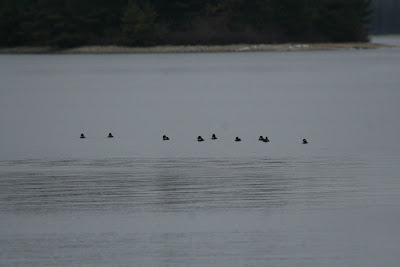 Chickadees seemed to be pretty common -- sometimes we have to work hard for a handful of them. 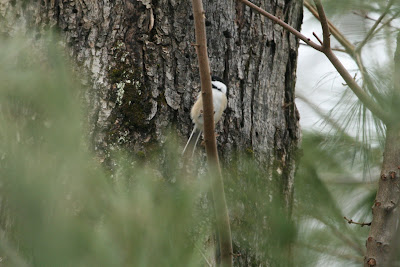 While not exciting to photograph, I was thrilled to see Snow Fleas (Hypogastrura nivicola). They aren't really fleas at all, but a type of Springtail and they're definitely a sign of spring or at least relatively mild winter days. They don't bite or do anything else nasty....but they hop around and convince optimists like me that this will be a short, mild winter! And they are even being studied for the protein they have that allows them to survive sub-zero temps. It's thought that they could provide insight into keeping organ transplants viable longer...and help ice cream from forming ice crystals. 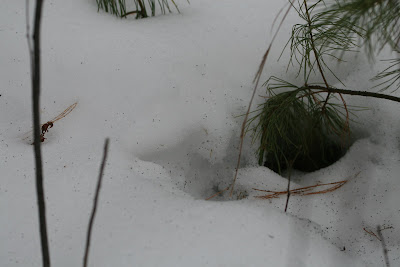 Juncos seemed to be everywhere. 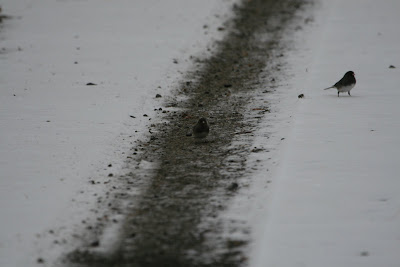 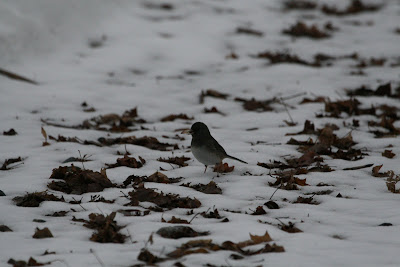 And we ended the day around 2 with another adult Bald Eagle perched on the island where it nested last year. 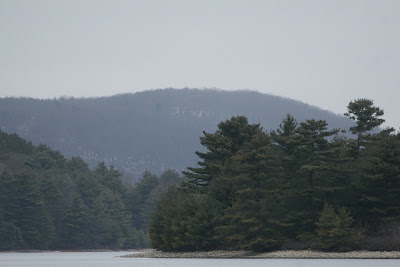 The snow started to fall, so we called Scott Surner and met up with him and Val's mom, Priscilla, to hand in our numbers and head back to Worcester. We had finished the "hump" CBC -- three down and two to go.

Our fourth CBC (and one of my favorites) is the Truro CBC which was held this past Tuesday (12/29). The weather was brutal! That was the really cold day and to call it windy would be too absurd. We headed down to the Cape on Monday so that we could try to see what birds we might hope to get the next day. Our thought was that if it was too windy on Tuesday, we could at least get some birds for the "count week" on Monday afternoon. 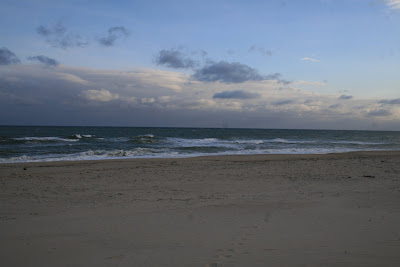 First thing in the morning, the wind hadn't become unbearable.....and to look at the ocean it didn't seem that bad. But with the numbers of Gannets that were flying right along the beach, we knew that the winds would prove challenging for us.
So before taking up a post to look for alcids, we stopped by the marsh at the base of High Head and taped out the Virginia Rail we heard the day before. There was only one bird this morning (2 the day before) but at least it went down on the count. We also had a Pied-billed Grebe in this marsh and lots of Blacks, Mallards and a good number of Hooded and a few Common Mergansers. I guess everyone wanted to be in the marsh rather than exposed on Pilgrim Lake! 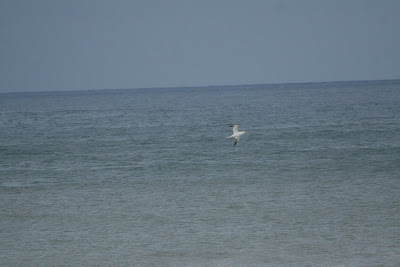 Mark did most of the seabird counting -- tucked behind the little building at Head of the Meadow Beach. There were great numbers of Razorbills and LUA's (Large Unidentified Alcids) heading into the winds up towards Provincetown first thing in the morning. Plus we also had smaller numbers of Common Murres, a few Thick-billed Murres, Dovekies, Puffins and 1 Black Guillemot (that was the most unexpected.) 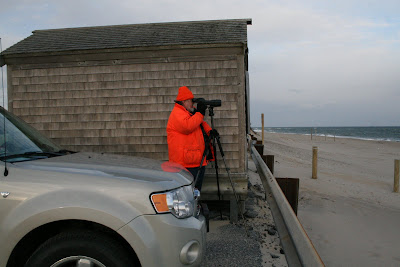 We talked to Chuck Caron who was a few miles down the beach at another overlook, and he was having the same spectacle. Also Simon Hennin on the bay side was getting good numbers of Razorbills and Gannets -- not something you usually see on the bay side. But it was windy! 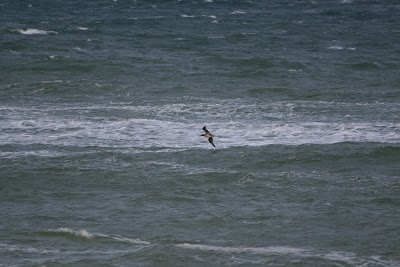 Suddenly around 8:30 it was as if someone just turned off the spigot -- they weren't flying anymore. 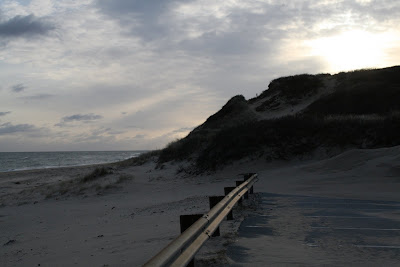 The Gannets were still around; in fact a good number of them had formed a large feeding flock and we could watch them dive straight into the ocean for fish. But the alcids had moved off. 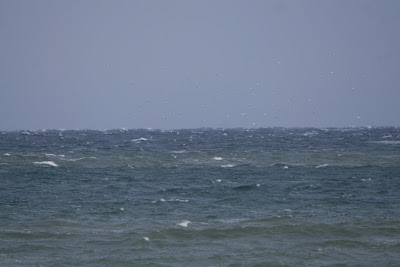 So we headed to the bikepath to try to do some land birding....but the wind was brutal. 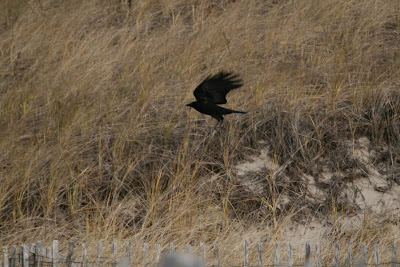 I attempted to walk in from the north end of the path, but within less than 1/4 of a mile it became clear that the birds were not about to pop out for my spishing.... 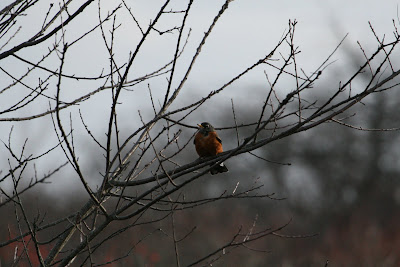 There were lots of Robins around, but even they seemed loathe to stay out for very long without seeking shelter. 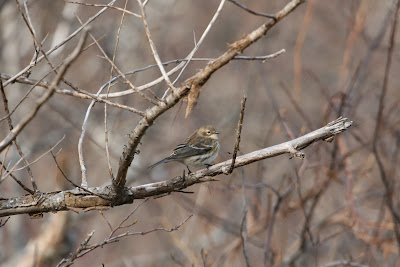 And I know our numbers for Yellow-rumped Warblers were low based on previous years' counts. 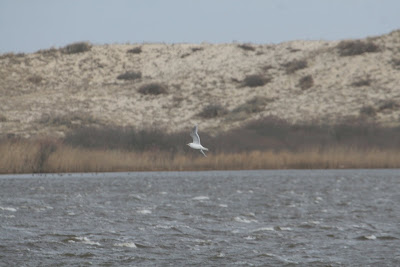 This Iceland Gull flying over the whitecaps on Pilgrim Lake was a nice find....but the large flock of Greater Scaup we found the day before were gone.

So we headed off to find Chuck and finish up any sea-watching, but it soon became clear that the winds were so strong that we couldn't even get out of the cars....and we didn't want to stay at the overlooks much longer since our cars were actually being "sand-blasted"! 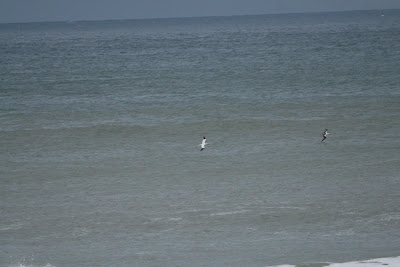 We called Simon and all met for a nice warm lunch, compiled numbers and then headed back to Worcester. Between the 4 of us we had 66 species in our little section from the Highland Links Golf Course up through Pilgrim Lake. Haven't heard yet how the whole count circle did.

And now we're down to the fifth (and last) CBC for this season -- Cape Ann. This count has already been postponed once due to weather and as it stands now, it's unclear as to whether or not we'll make it up to do our section of Gloucester on Sunday....stay tuned!