Tyringham & Monterey....and so much more!

There's absolutely nothing better than early August in the Tyringham valley....at least in early August. If we were ever going to move elsewhere in Massachusetts, I think this would be my #1 choice. 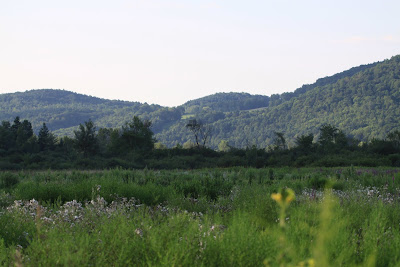 Even though it's only early August, the fields along Meadow Road are starting to see fall activity. The immature Bobolinks and Red-winged Blackbirds were everywhere, and it definitely gave hints of sparrow migration yet to come. 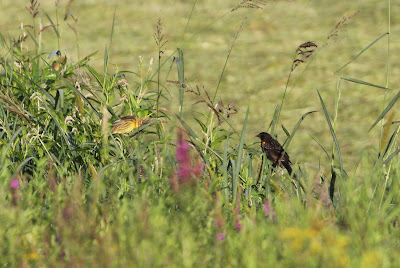 Even though some may tell you that breeding bird activity is almost over, there are still those late breeders, like this American Goldfinch, out gathering nesting material. 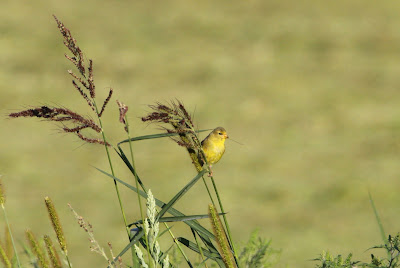 And the Indigo Buntings are still hanging around in their family groups, with some of the young birds still begging for a handout from their parents. 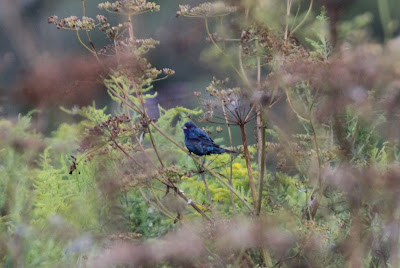 The swallows are starting to gather for migration -- although we did still have Barn Swallow feeding young on the nest in more than one barn throughout Tyringham. 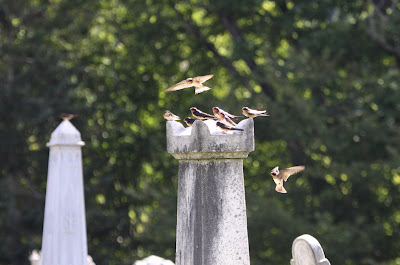 This picture-perfect Barn Swallow sat still long enough to give a real appreciation for just how long and slender their wings and tail really are. 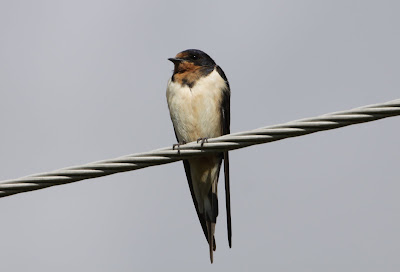 And with Cliff Swallows breeding in the area, it's always great to scan all the birds along the telephone lines to find one. We also had a few Rough-winged Swallows as well. 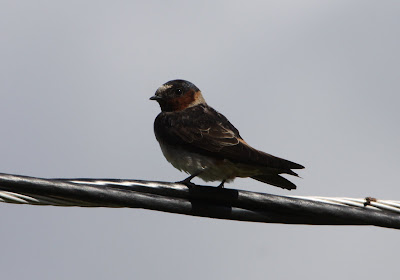 This immature Broad-winged Hawk tolerated us for a few minutes before flying off back into the woods nearby. 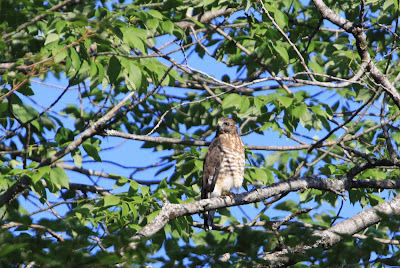 We came across a number of patches of Jewelweed along the shady, moist woodland roads. However, the Pale Touch-Me-Not is different than the more common Spotted Touch-Me-Not I usually see in that it prefers calcareous mountain woods which we don't have a lot of in the east. Also the yellow bloom seemed a little larger than the orange Jewelweed I usually see. 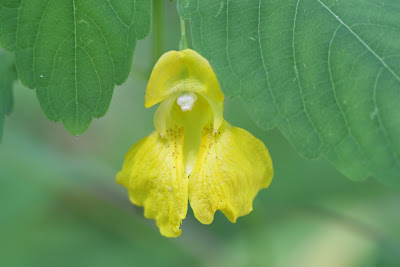 This is also the time for butterflies. In additional to the hundreds of Clouded Sulphurs flitting across the clover patches in many of the fields, we also had this nice Black Swallowtail while we were checking every field out for the Giant Swallowtail. Mark says there have been a few reports of that species this summer. 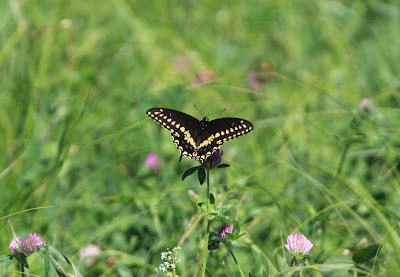 And, of course, the Monarchs are really starting to fly in early August. Some of them seemed absolutely neon when the sun hit the orange in exactly the right way. Unfortunately, my camera can never truly capture the quality and depth of color that nature gives us. 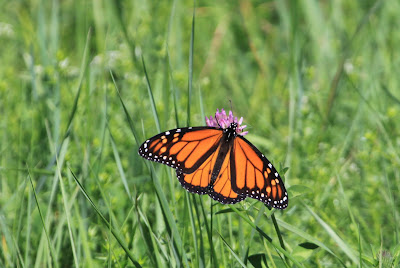 However, one of our real reasons for coming to this area on this particular Saturday was to visit a goat farm which was in one of our atlas blocks. We've passed it every time we visit the blocks in the Monterey area, but we hadn't stopped since we weren't quite sure it was open to the public. 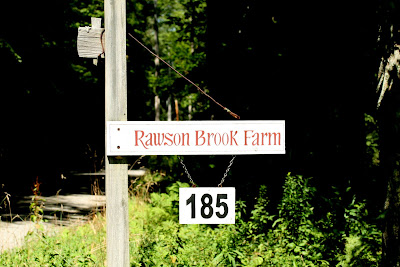 After our last trip to these blocks, though, I decided to research the Rawson Brook Farm online and I found some great information. This small goat farm produces some of the best Chevre-style goat cheese in New England! (In fact, it was just written up in yesterday's travel section of the NYTimes-8/22). 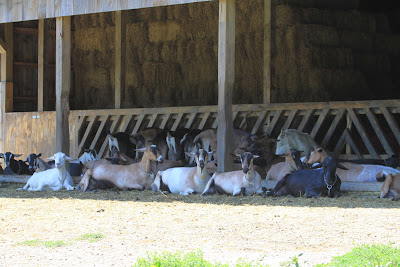 I'm so glad we visited it earlier this month before the hordes descend. Actually I read a wonderful blog by a young woman, Hannah Jacobson-Hardy, who works at the farm and it totally convinced me that we had to visit the next time we were in the area. Just google Farming for Justice to find the blog I read.

The kids are well-cared for by the folks who work the farm included two young nieces of the owner. I'm so jealous since this is the type of experience I would love to give my granddaughters. 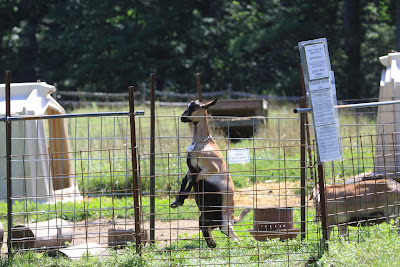 The owner, Susan Sellew, and Mark just hit it off and started chatting about "timberdoodles", Great Grey owls, Killdeer, butterflies and goats. We got to explain the Breeding Bird Atlas project and Susan asked us if we would consider coming to a community dinner and sharing out atlasing experiences. Of course, we said yes. This has been such a great area to bird in the state and now with the added lure of American and French Alpine goats producing Monterey Chevre, we're hooked! 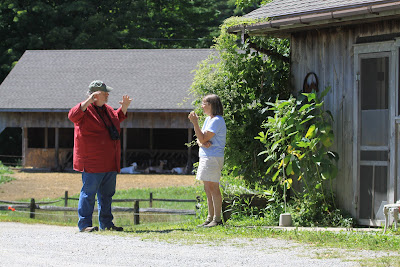 Susan comparing the goats' personalities to cats was the final piece of information. Goats have now surpassed pigs as Mark's favorite domestic animal. I don't stand a chance of getting him to fall in love with miniature horses now. Although I do think these goats and the miniature horses would get along famously....so maybe we can both come ahead! 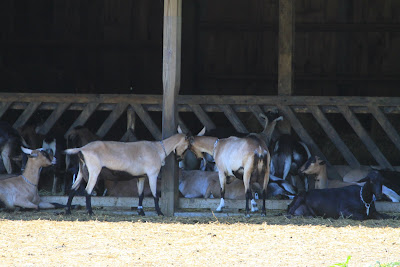 And while the little horses do play with each other, they don't do head butts like these goats!

I'm so glad we found this place and know that we'll go back. BTW, we bought some of the goat cheese and it was as creamy and wonderful as you can imagine. Susan is obviously a very talented cheese-maker.

Posted by Sheila Carroll at 7:52 PM