Goodbye to Winter - Hello to Spring.....maybe

Early March can bring such mixed messages. Sometimes it seems like winter is never going to leave. You have all the big dirty piles of snow that have been plowed onto the sides of the parking lot and then when the warming sun starts to melt them, you watch them slowly (very slowly) melt and get even dirtier. But you also start to get excited about the upcoming season....SPRING!!!! 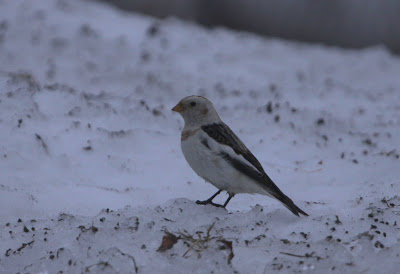 The Snow Buntings at Worcester Airport are definitely thinking about heading back to the tundra. Early in the season we were seeing flocks of hundreds....on March 6th we had a flock of about 40. And they seemed like they were definitely staging for migration. 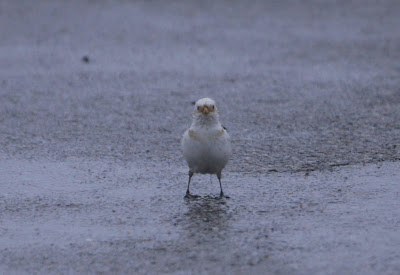 Very few were feeding in the parking lot; most were moving the the grasses along the runway. 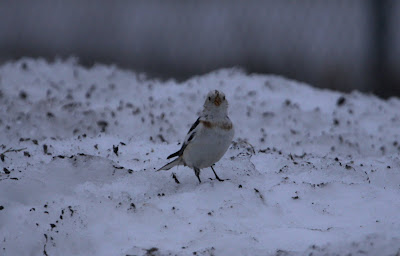 And some of the birds have started to molt into their summer plumage. We had quite a few males that were starting to get their to lose their rusty coloring and develop the solid black back.


After a quick check of the flocks, we decided to head off to Quabbin to see how spring was progressing there. 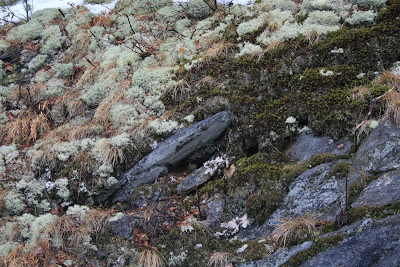 Even the lichen along the rocks near the spillway had a spring-time look to it. And we had our first chipmunks of the season!

We stopped at the fish hatchery in Belchertown and even the salmon looked more ready for springtime. 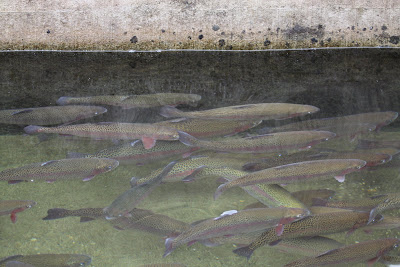 But the real sign for me was the return of the Killdeer. 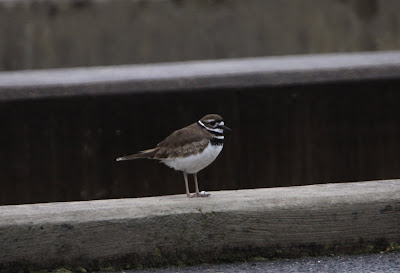 In the last 2 weeks these birds have started to pop up in just about every flooded field I've seen. 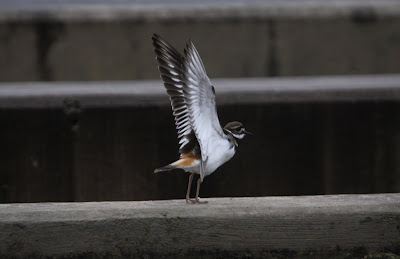 I know everyone talks about the Robin as such a sign of spring, but I'll take Red-winged Blackbirds, Grackles and Killdeer as the true sign that spring is almost here!

Enjoy....Sheila
Posted by Sheila Carroll at 5:52 AM