Having spent a fair amount of time inland these past few weekends, we decided to head to the coast...not the North Shore but the South Shore. We planned to check out the area around the Cole and Lee Rivers in Swansea and also Ocean Grove. Boy, there was next to nothing to be found. Usually we get large groups of Gadwall, Scaup off Ocean Grove beach, and this is a hotspot for Eurasian Wigeon. We must have just missed the end of the winter buildup. 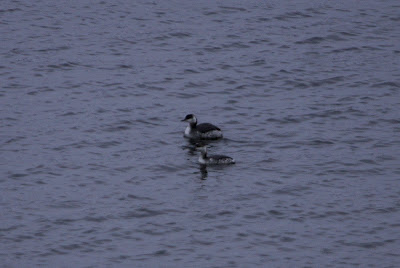 We did have lots of Brant and nice close views of Horned Grebe down Gardiner's Neck Road. 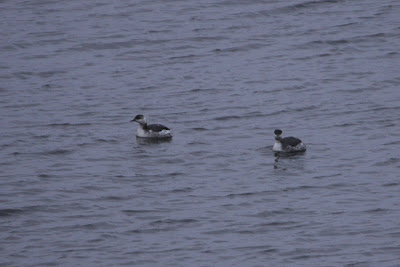 So with not much to hold us we decided to run down to Acoaxet and Westport to see what what a little further southeast.

I just had to stop to take this picture in Acoaxet. I really wonder about the people living in this area -- first the Spite House, and the chicken monument and now this. These are my kind of folk....they have a silly sense of humor and they pay homage to the strangest things! 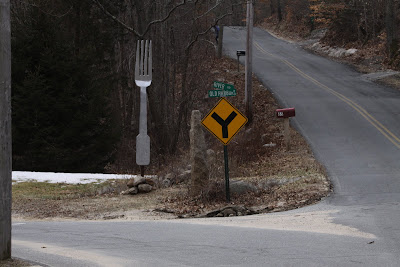 We took the lower fork and wandered along the river....hoping for a very early Osprey. We didn't get that bird, but did get nice looks at several Pintail. This is usually a stronghold for over wintering Black Ducks, but we've often found good numbers of Pintail here. 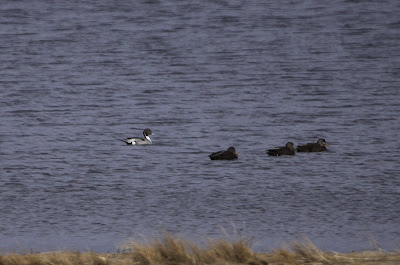 There were also large groups of gulls in the river, and we had been tipped off by Erik Nielsen's report on Massbird to look for a Lesser Black-backed Gull in with the Herrings and Ring-billeds. Sure enough, Mark spotted the bird at the left end of a large flock. You really need to click and enlarge the photo to see it clearly. 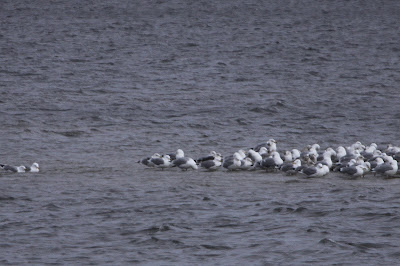 The ponds in Acoaxet were just starting to open up and we didn't have any unusual ducks, so we headed off to see what was further down the coast at Gooseberry Neck.

Along the way we stopped at the boat launch just over the bridge on Rt. 88 and found both Surf Scoter and Common Eiders in good numbers. 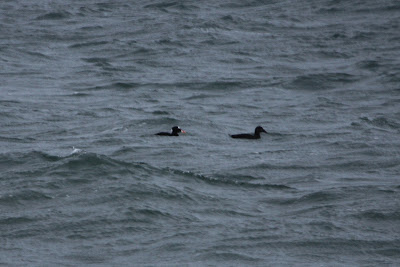 At this time of year, the Common Eider male is at the peak of breeding plumage and the subtlety of the green on his head is amazing. 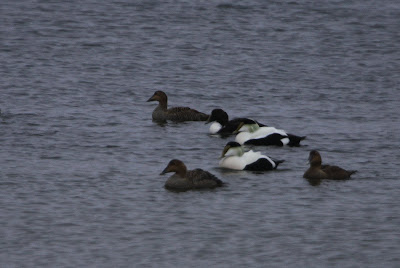 Right at the end of Rt. 88 we were greeted by a large flock of Redpoll feeding on the grasses at the rotary. They were very skitterish and we spent about 30 minutes trying to follow the group as it flew along the dune grasses. It's always a little windy at this spot, so that just seemed to add to the nervousness of these little birds. 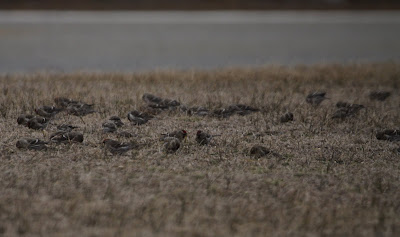 The next few shots were culled from a much larger group of mostly blurry birds flying away from me. Thank you Steve Sasson for digital cameras!!!

When these little birds sit still for a few seconds you get a real appreciation for their markings. 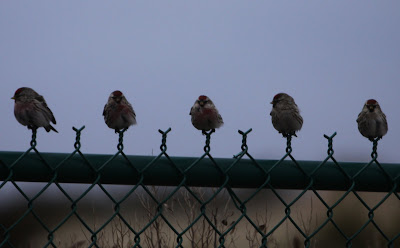 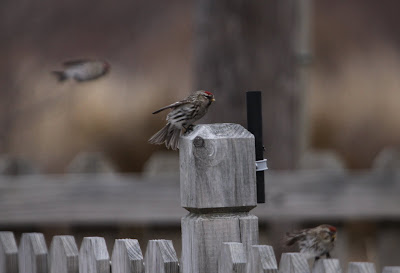 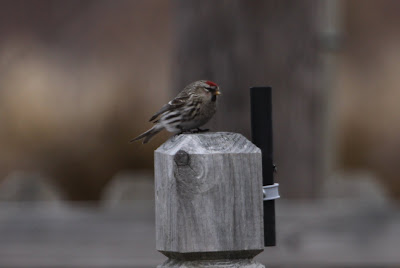 We also had flocks out on Gooseberry Neck, so there must have been a migratory movement of these birds today.

We also checked out Allen's Pond and some of the back roads before heading back up to Worcester. While we found a large group of Horned Larks in the Mysti Brook Farm fields along with hundreds of Canada Geese, we did not find any American Pipits.

We did check out the usual spots where we've had them before, but all we came up with this time with our first Skunk Cabbage of the season....which is always cheery. 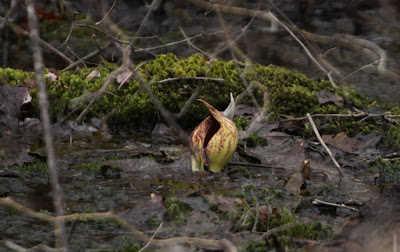 We checked all the various blackbird and starlings flocks in the hopes of finding a Yellow-headed Blackbird, but we didn't. 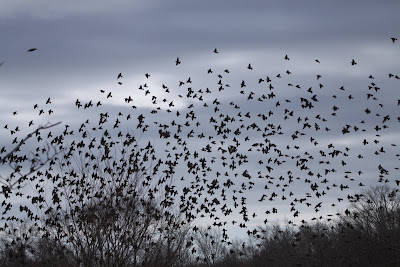 So we headed home having spent a wonderful early spring day in Westport.