Since I'm not a skier or snowboarder, getting me out to the northern Berkshires in the dead of winter has got to hold some promise of good birding. So the report of a large flock of Bohemian Waxwings was just about the right thing to do it! 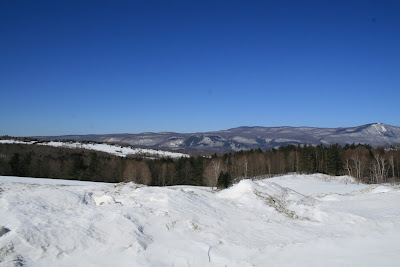 In Windsor, right along North Road, we found a group of out 30 birds feeding in an old apple tree. If you click on the phot below to enlarge it, you'll get a sense of just how intricate the coloring is on these birds....something you often only get glimpses of when they're sitting still. 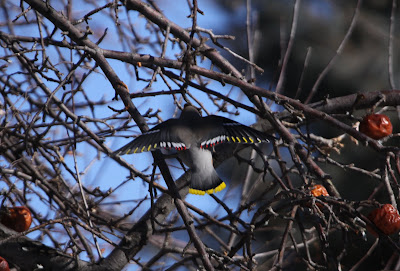 Since there were plenty of rotting apples to go around, I wondered whether this was some sort of pre-mating aggression and if this bird really just didn't want to share. 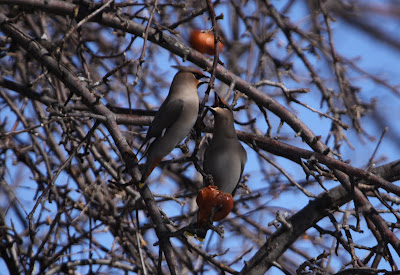 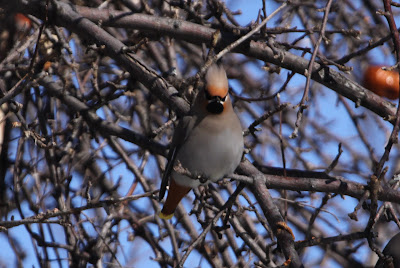 However, there is no way you can't still call it a beatiful bird. Just look at the subtle coloring change from various shades of brown to various shades of gray. Since these birds are only an irruptive species in our area, I was thrilled to get a chance to really study the patterns, their call, their overall jizz.....a truly handsome species! 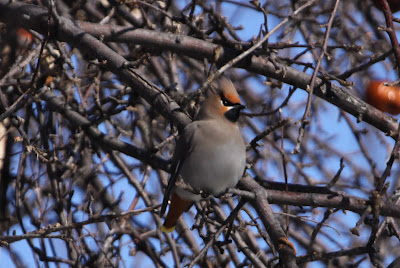 Of course, a trip to the northern Berks in February means you're catching Ravens as they start to set up nesting territory, which means they can be quite noisy. 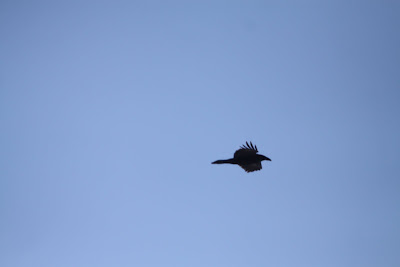 Snce we were in the neighborhood, we spent some time traveling the back roads between Windsor and Cheshire. We hoped to find shrike (not) and maybe an early Black Vulture where we had them last year in Cheshire (not) so we had to make do with this very cooperative Red-tailed Hawk. 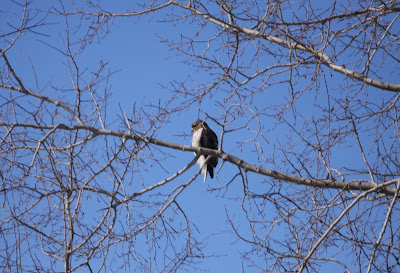 We did come across several feeding stations which had Redpoll visiting though. 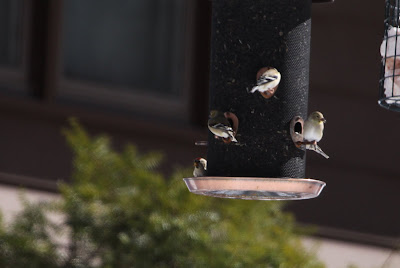 On the loop back to Windsor, we stopped to appreciate some of the regular birds in one of the forest tracts....like this Hairy Woodpecker just launching himself off. 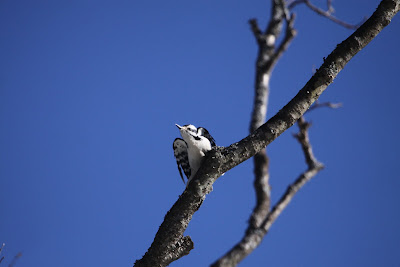 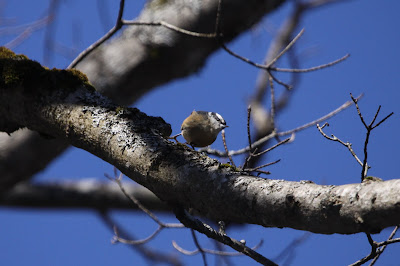 but we were treated to signing Brown Creeper on a number of stops. The photo below is like a "Where's Waldo" of this cryptic little bird....even when it's right in front of you. 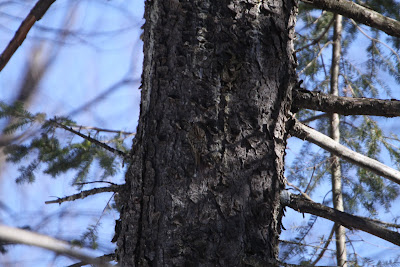 As a photographer, I love getting shots of birds (like this one) where it has been particularly challenging for me to get a decent shot in the past. 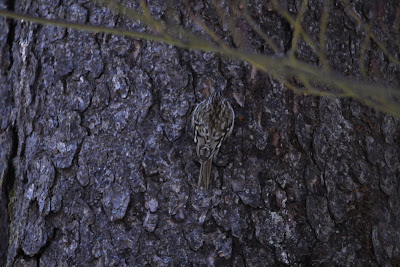 So while I loved seeing the Bohemian Waxwings, I think getting this shot of Brown Creeper was more rewarding. And it made a winter trip to the cold and snowy northern Berkshires ever so worth it!