We made several quick trips to Quabbin during the month of February; partly because we were trying to get some morning birding in between predicted snowfall and partly because you can always count of seeing something! On the way out we often check the north end of Wickabog Lake and that means driving by a small farm where they keep a half dozen pigs. Obviously some of the pigs have had their young already. 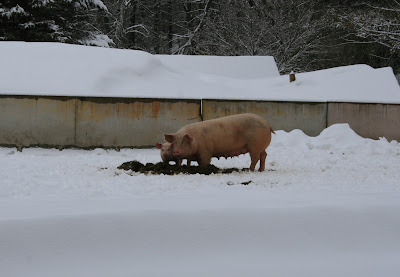 Turkeys have been somewhat scarce with all the snow, so finding a small flock coming to someone's feeders is always a treat. 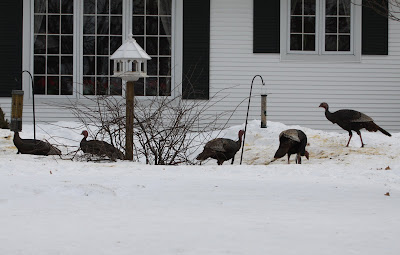 Even on a relatively clear day, looking north from the Enfield Lookout can put winter into perspective! 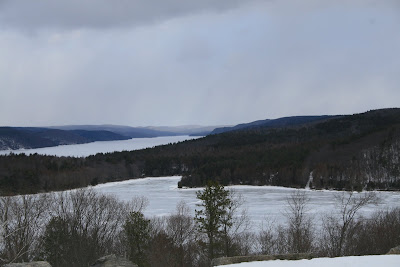 And with little open water, it's always nice to find a flock of geese; although I don't know where they were heading....maybe all the way to the Connecticut River. 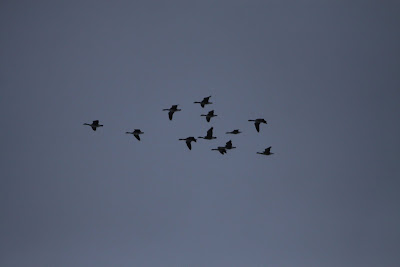 But the real stars of the winter-time show at Quabbin are the Bald Eagles. This year we seem to bump into them just about every time we go...even driving along Rt. 9 near the marsh, which is where we had this adult and immature almost touching wings! 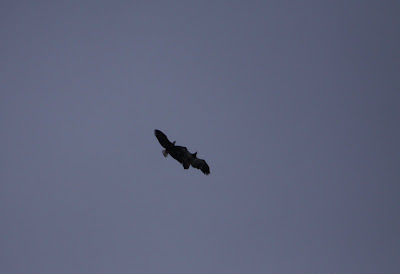 At the state fish hatchery in Belchertown we were there when the state workers were picking up dead fish from the pools. This adult eagle came swooping in and we had the feeling that had we not been there the workers might have left some "table scraps" for the eagle. 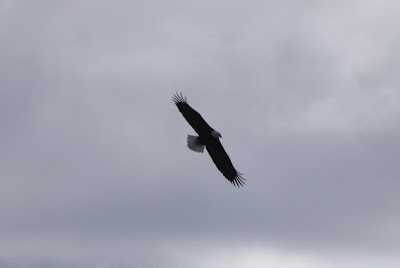 As it was we got a chance for great close-ups and the bird kept passing fairly low over the containment pools and we wondered whether he was going to just pluck a salmon from the pool.

We did get a chance to talk with one of the workers and she told us that that's exactly what the eagles often do. They don't really worry about it since the real problem is when the Great Blue Herons come back and just treat the place like a 24-hour buffet. That's when they have to put the nets over the pools.

The big excitement for us, though, was seeing our first Killdeer of the year which had returned during the previous week....I guess any sign of spring will cause excitement! 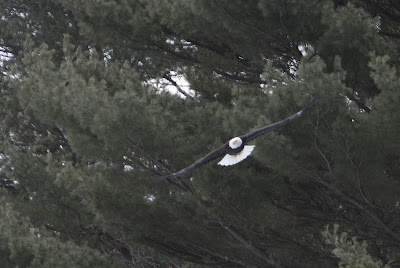 Back at Quabbin proper, outside the Administration Building, there was a fresh carcass. We had had one the previous week but it was much further out so watching the eagles come down to eat was definitely a scope job at best. 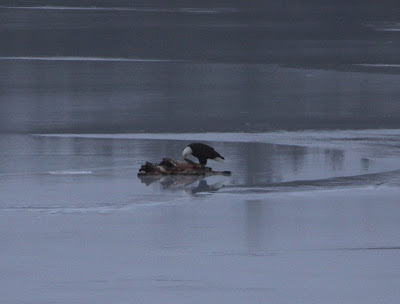 This one, however, was relatively close, so we were able to get great looks at it feeding on the deer. 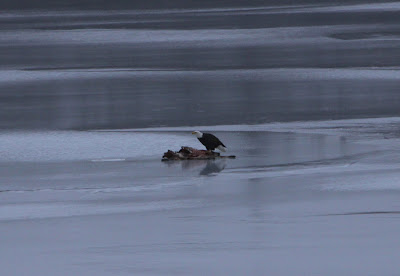 Nothing else came into the carcass while the eagle fed, but we did have a coyote and a fisher on another carcass far out and to the left of the Gate 8 fishing access. 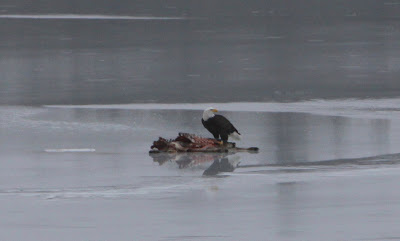 A pair of eagles have already set up their nest looking out from the Administration Building, so it should prove to be an active eagle show for some time still to come.