For some reason this year, I am running into Ruffed Grouse more often than in previous years. I'm not sure why that is....although Worcester County has had a good representation in the Breeding Bird Atlas. This species has been found in 117 of the 179 Worcester County blocks. 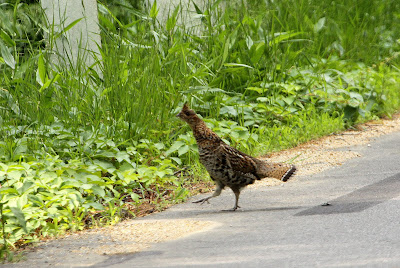 My blog today is going to focus on just one encounter with a grouse family in the Spencer area. Driving down one of the roads connecting Lake Quabog with Sturbridge, we came across an adult crossing the road. Since he/she didn't immediately dive into the woods we figured there were young nearby. So we turned off the car (as did another car coming in the opposite direction) and proceeded to watch the bird call the young to cross the road as well. Sure enough within about 10 seconds two little heads popped out of the bushes on the right and cautiously followed the parent across the street. 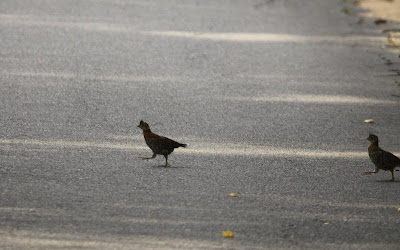 About a third of the way across they realized they were very exposed and decided to bolt for the other side. 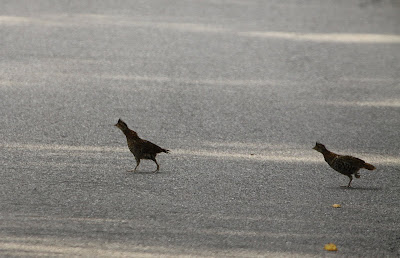 At the halfway point they panicked and one of the young decided to take to the air....with the other one quickly following. We were delighted to have caught this little outing rather than just hear the usual drumming off in the woods. 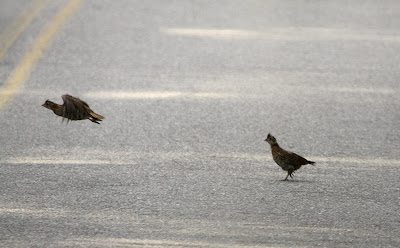 With the two young off the road we thought the parent would hightail it into the bushes as well. 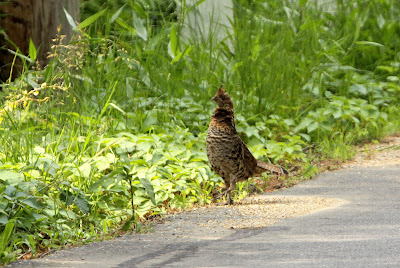 But instead it paced back and forth a bit making little clucking sounds and turning back towards the side of the road the family had just left. 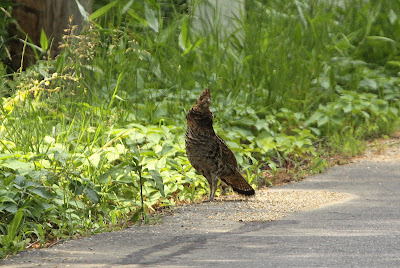 Sure enough within a minute or so, another little head peeked out..... 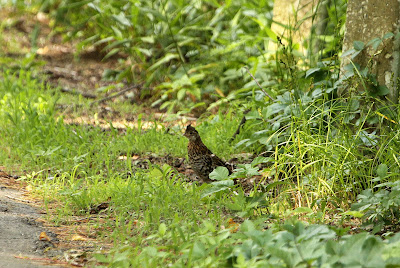 This juvi was definitely more cautious about venturing out onto the road. 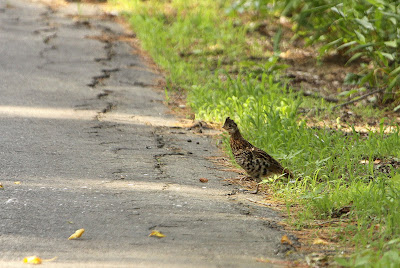 The bird stretched itself out until it looked ridiculously long-necked, inching further and further out onto the road. 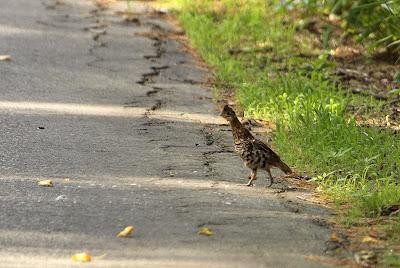 Even more cautious than the previous two youngsters, this bird would take a step and wait, then another and so on. 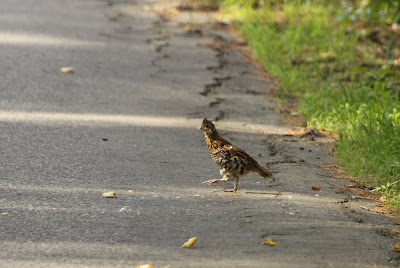 At one point I was concerned that more traffic would come along and the bird would flee back to the safety from which it came. 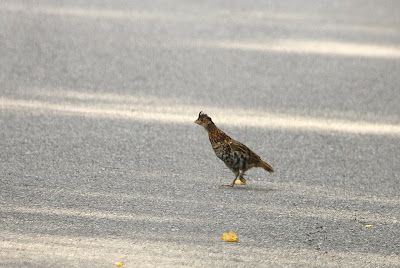 Finally the parent bird seemed to lose patience and called the bird more insistently, and sure enough this little one picked up the pace and ran across the rest of the road like it's life depended on it. 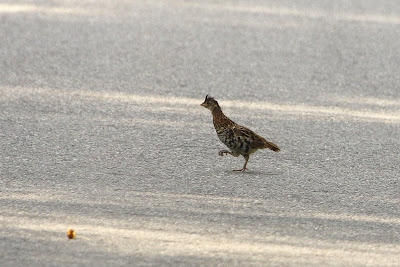 The whole encounter probably lasted only about 5 minutes, but watching the behavior of the parent and the different juvenile birds was totally enjoyable and reinforced, yet again, just how fascinating it can be to watch individual behavior in birds.

I kept wondering if they all talked about the encounter once they got back to the safety of the woods!