A late July trip to this area in mid-summer can be a joy. Off of Gooseberry Neck we usually find "teenage" Common Eiders. 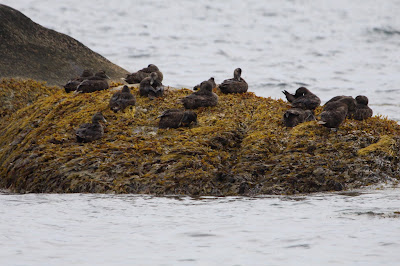 These were closer to adult plumage, but you could still see some of the lighter juvenile feathers. 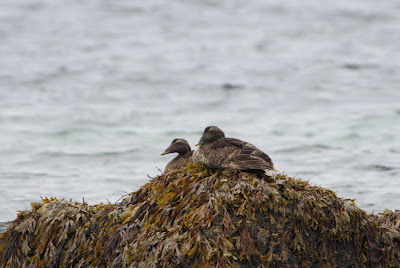 It's always fun to see a Double-crested Cormorant drying his wings....they always remind me of a kid's kite just before it takes off. 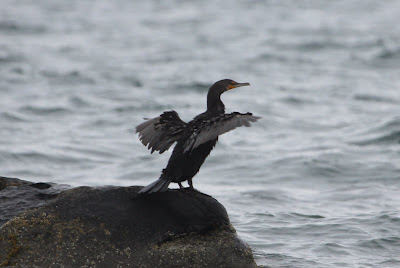 And while they don't breed in the area, per se, this is the time to start getting good numbers of Great Egrets...from late July to early September. 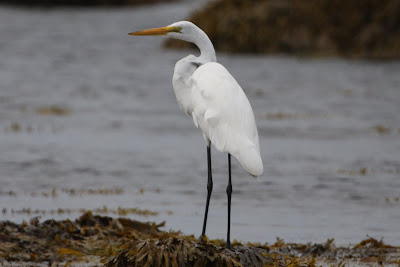 We've had several trips this year to the area, and we are consistently finding Green Heron near the Back Eddy restaurant just over the bridge on Rt. 88. This fellow was preening and I was able to catch him just after he plucked a feather! Semipalmated Plovers are working the beach..... 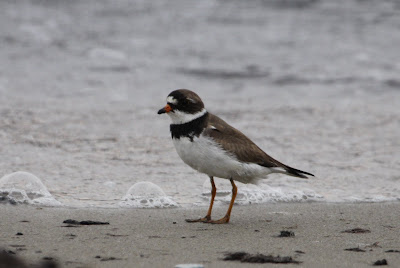 along with Sanderlings -- some just coming out of breeding plumage. 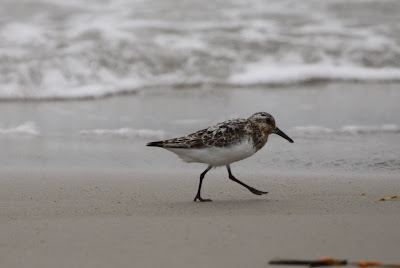 We also had some "battling" Semipalmated Sandpipers along the beach by the boat ramp on Gooseberry Neck. 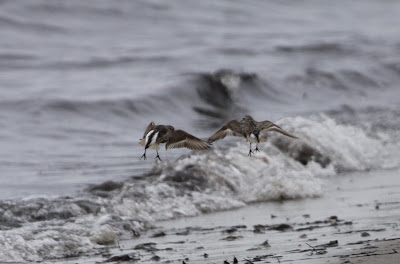 I was lucky enough to catch almost the whole interaction with my camera. 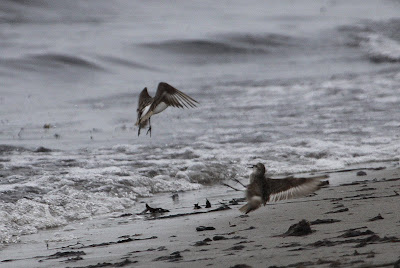 These two birds definitely did not like each other. 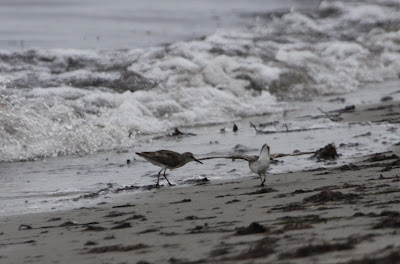 Even as other birds moved past them, they kept the focus on each other. 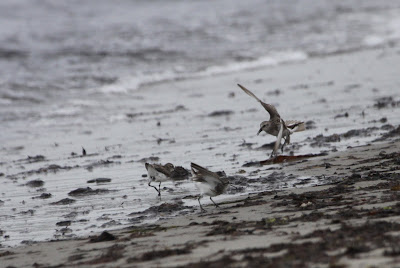 One of these guys must have really done something to the other one....they fought for about 10 minutes until finally one just moved further up the beach and the whole incident ended. 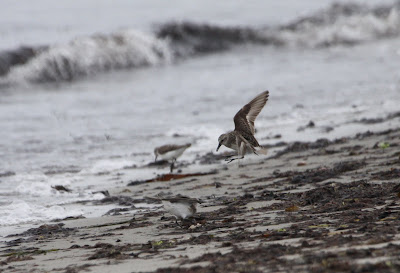 Common Terns feeding off the rocks at Acoaxet is always a delightful summer experience. 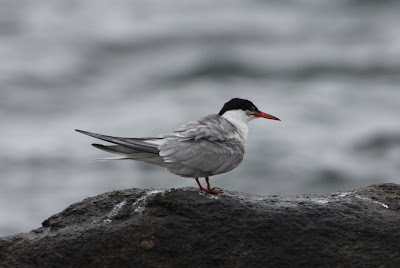 And you can start to spot some of the juvenile birds as well. 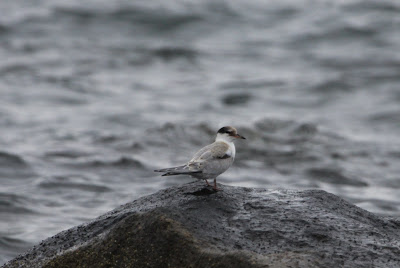 And Laughing Gulls too. 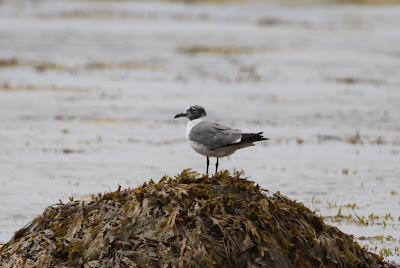 This trip, though, I was surprised (and delighted) to find Least Tern...especially when one is being fed by the other! 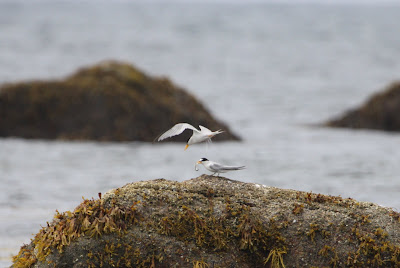 The bird seems to have become less common over the years....or maybe it's just that we're not going to the same places. 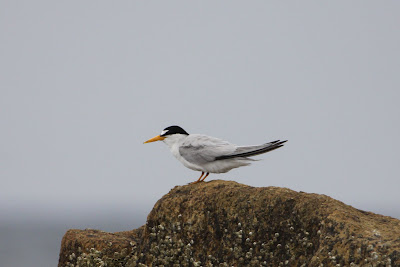 So finding one in Acoaxet is truly special! 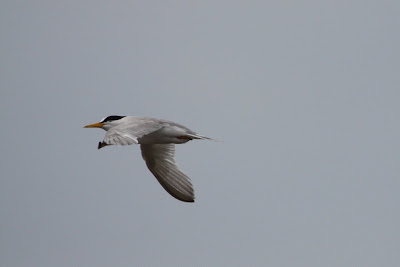 We didn't have much in the way of landbirds; although finding this newly-fledged Savannah Sparrow was a treat. 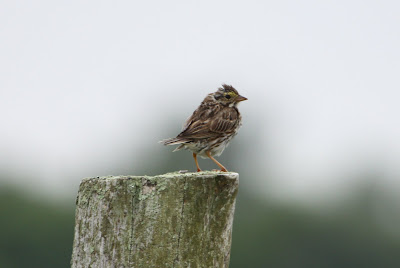 And, of course, the obligatory Osprey..... 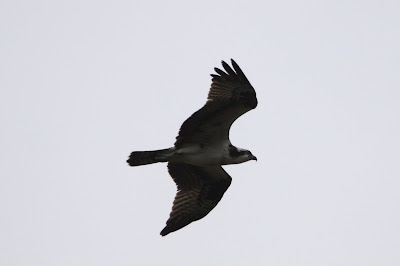 If you poke around Acoaxet you can also find odonates... 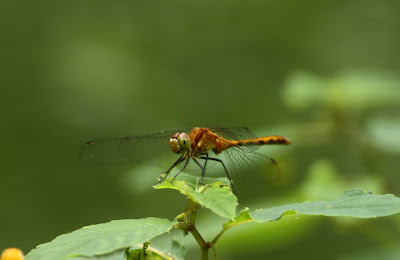 and a Sweat Bee coming to a Turk's Cap Lily! 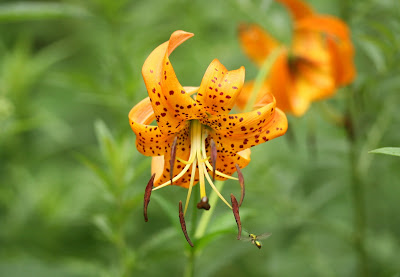 This section of state continues to be one of my favorite coastal trips. Soon it'll be time to look for migrating warblers at Gooseberry Neck....but for today I'll just enjoy the summer.