It's been TWO YEARS!

Can't believe that I haven't done a new post since the end of 2011....it's amazing how often I thought about it and how many times Mark would say "why aren't you doing your blog anymore???"  So here's my first blog post for 2014 and I will definitely blog more often than every two years going forward!

Yesterday, Friday, 1/17, we went to Cape Ann (also almost 2 years since we've done that).  We wanted to see some white-winged gulls (and we weren't disappointed).  After being in stop-n-go traffic on Rts.3 and 128 during the morning rush hour, I realized why we don't go there as often as we used to.  However, it was beautiful and certainly worth at least a yearly visit. 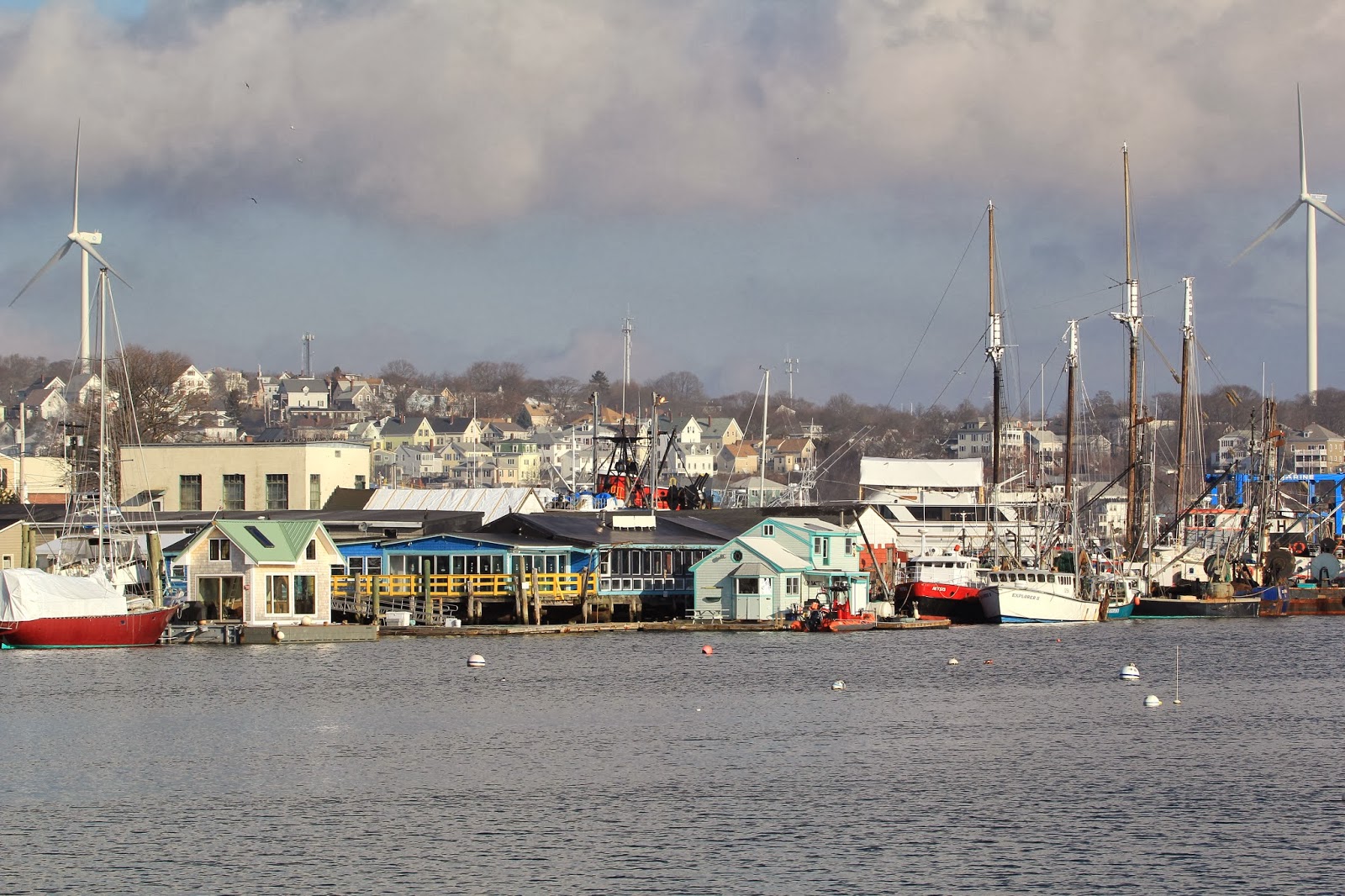 When we arrived at Jodrey Pier we were greeted with flocks of Common Eider and smaller numbers of Red-breasted Mergansers. 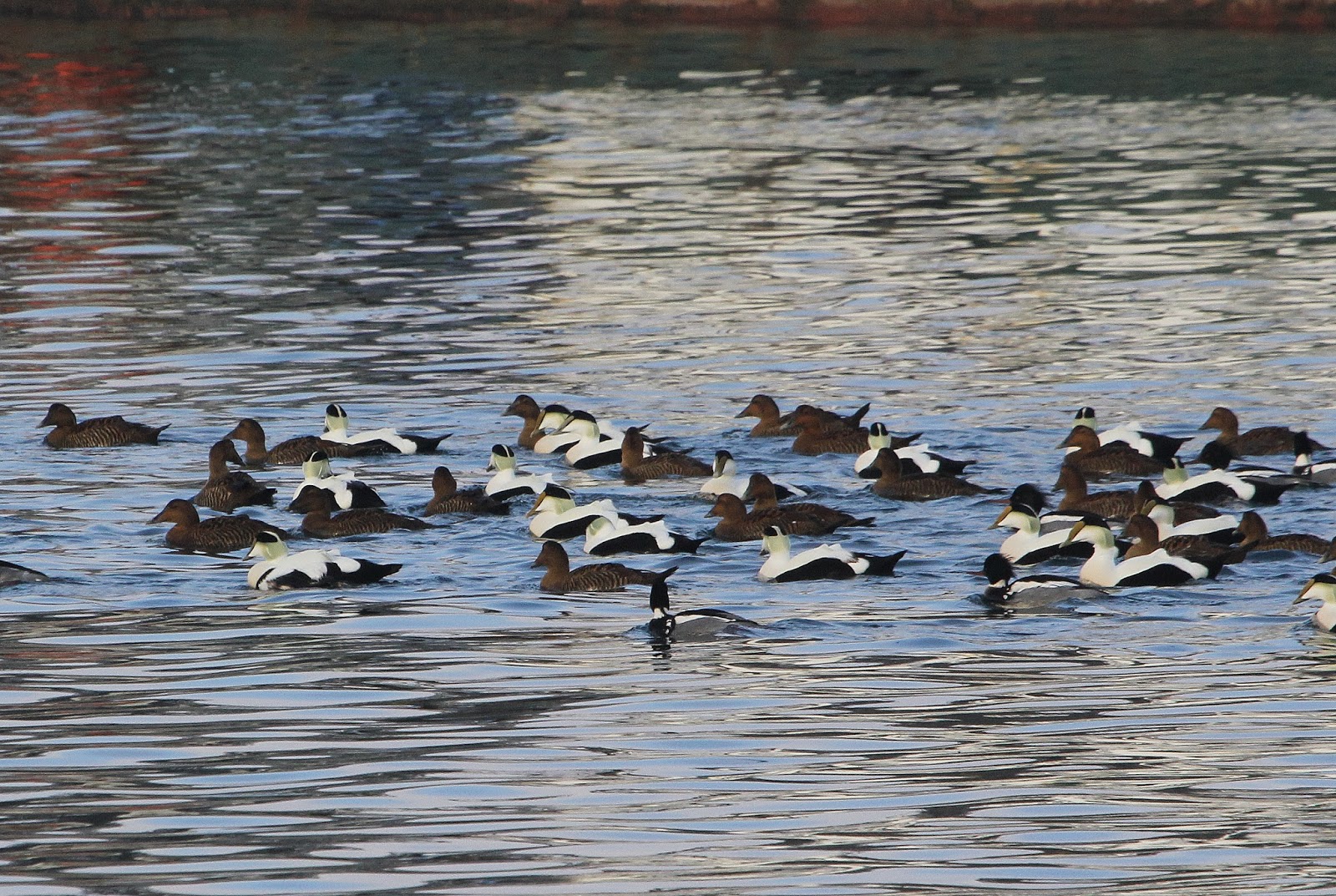 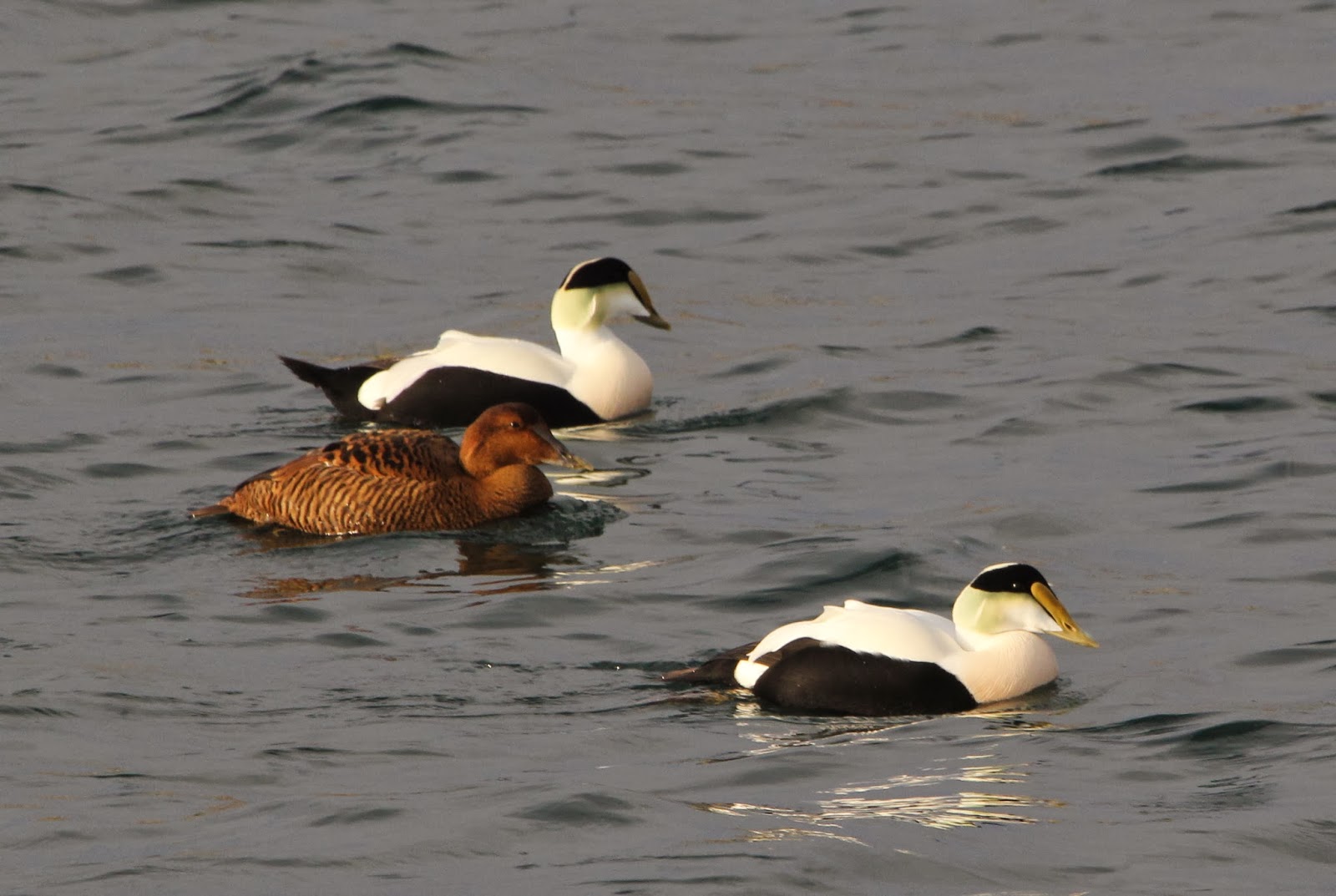 Of course the Red-breasted Mergansers were looking pretty spiffy too...although sometimes it's just hard to take them seriously with their crests blowing all over -- sorta looks like a bad hair day! 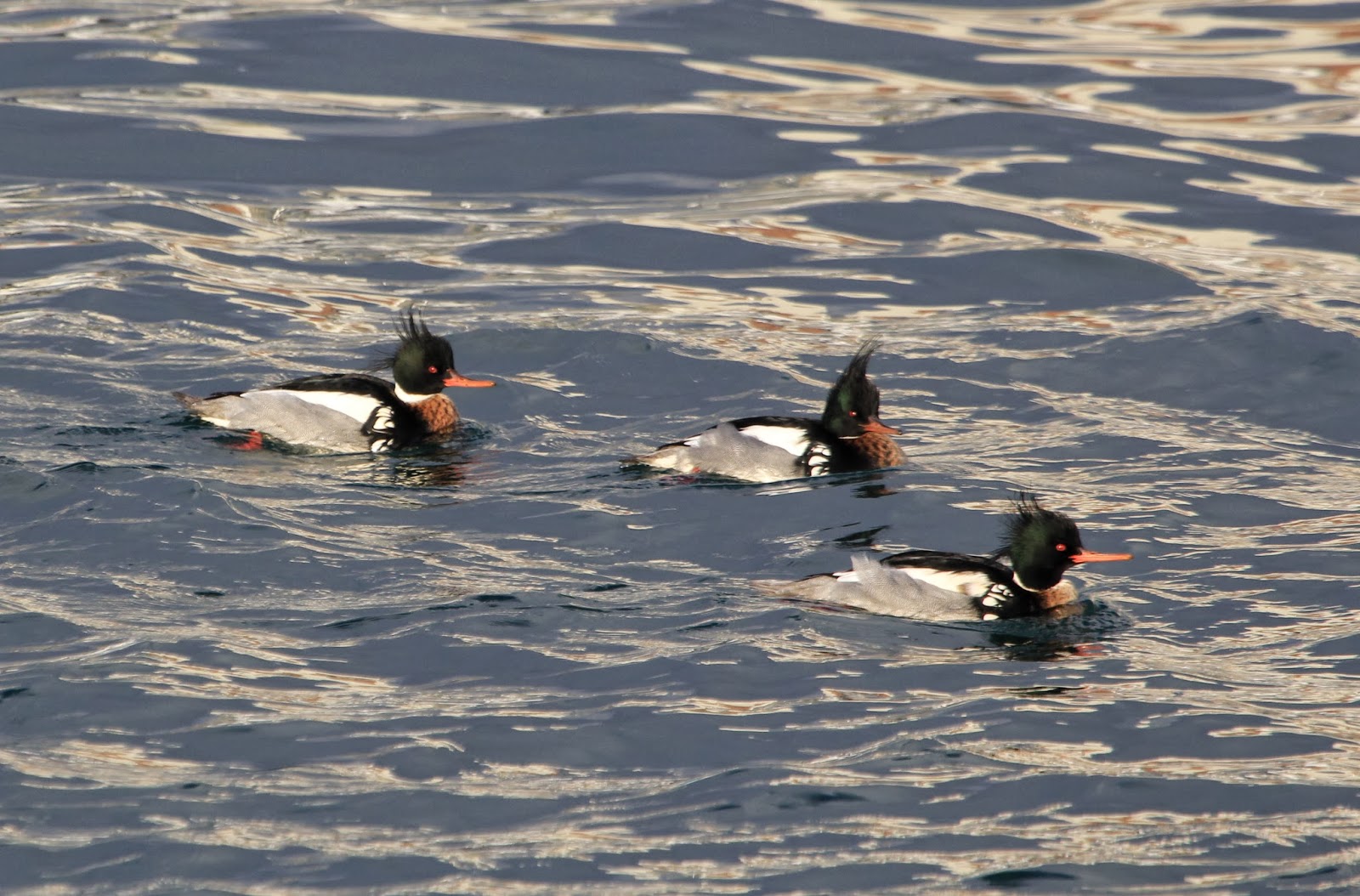 While it was fun to watch all these guys head in to the docks for scraps from the fishing boats, our reason for being on the pier in the first place was to look for white-winged gulls.  It didn't take very long to find the fishing boat with all the activity and we could certainly see the gulls looking for any handouts they could get. 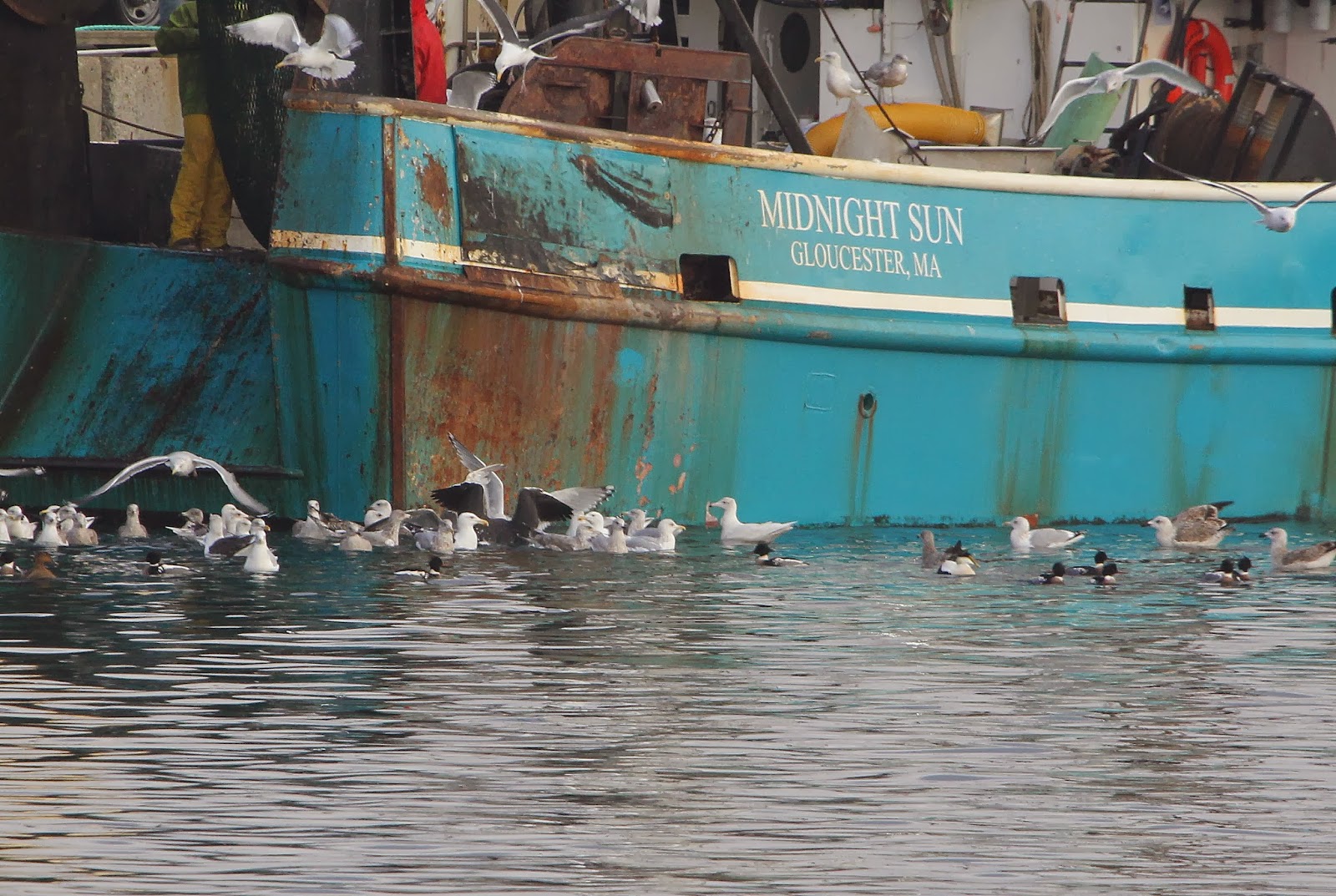 We spotted at least 6 Iceland Gulls and 2-3 Glaucous Gulls, so we worked our way along the dock until I could get some decent shots 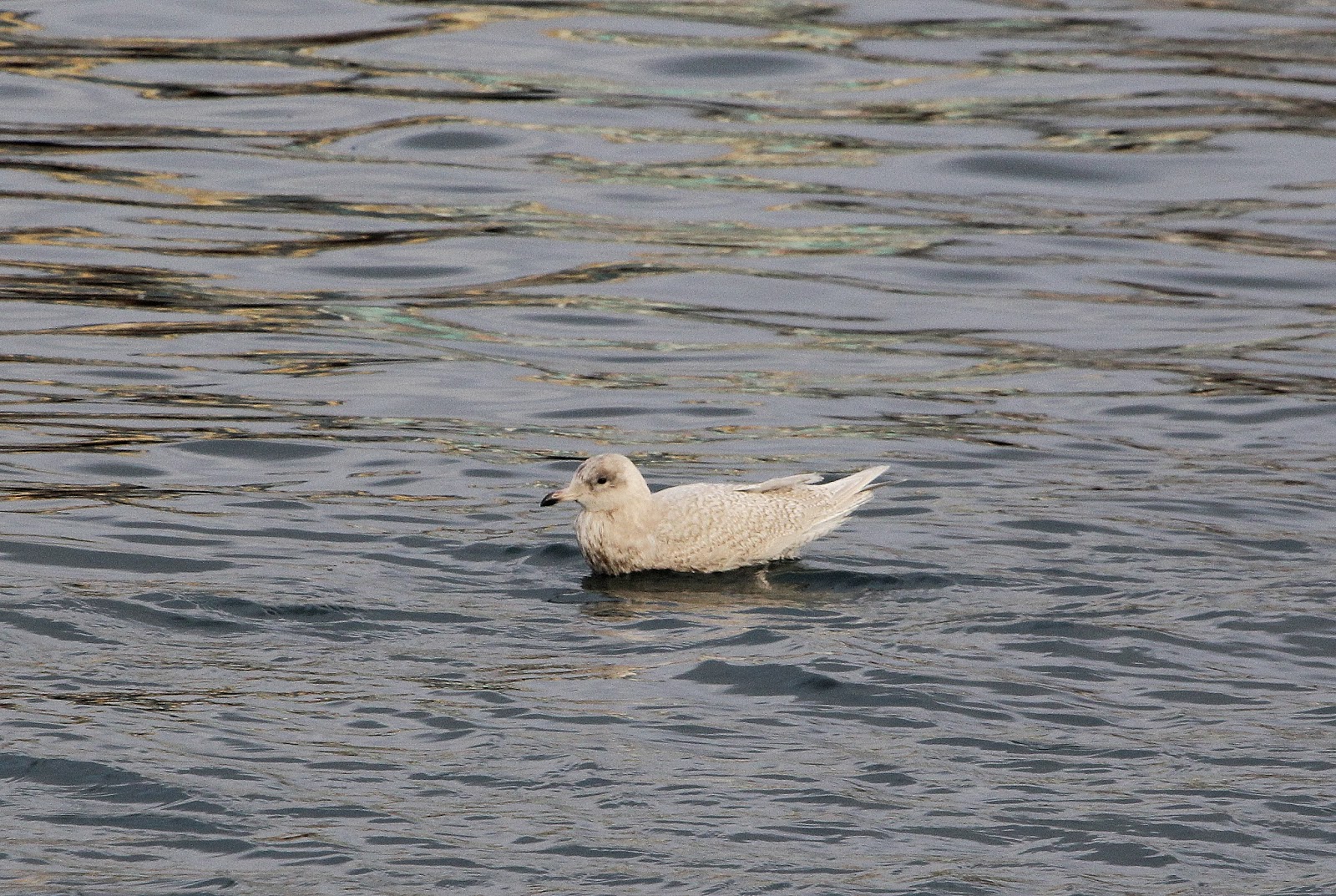 This Iceland was quite accommodating....and then a Glaucous came in just so we could do a size comparison 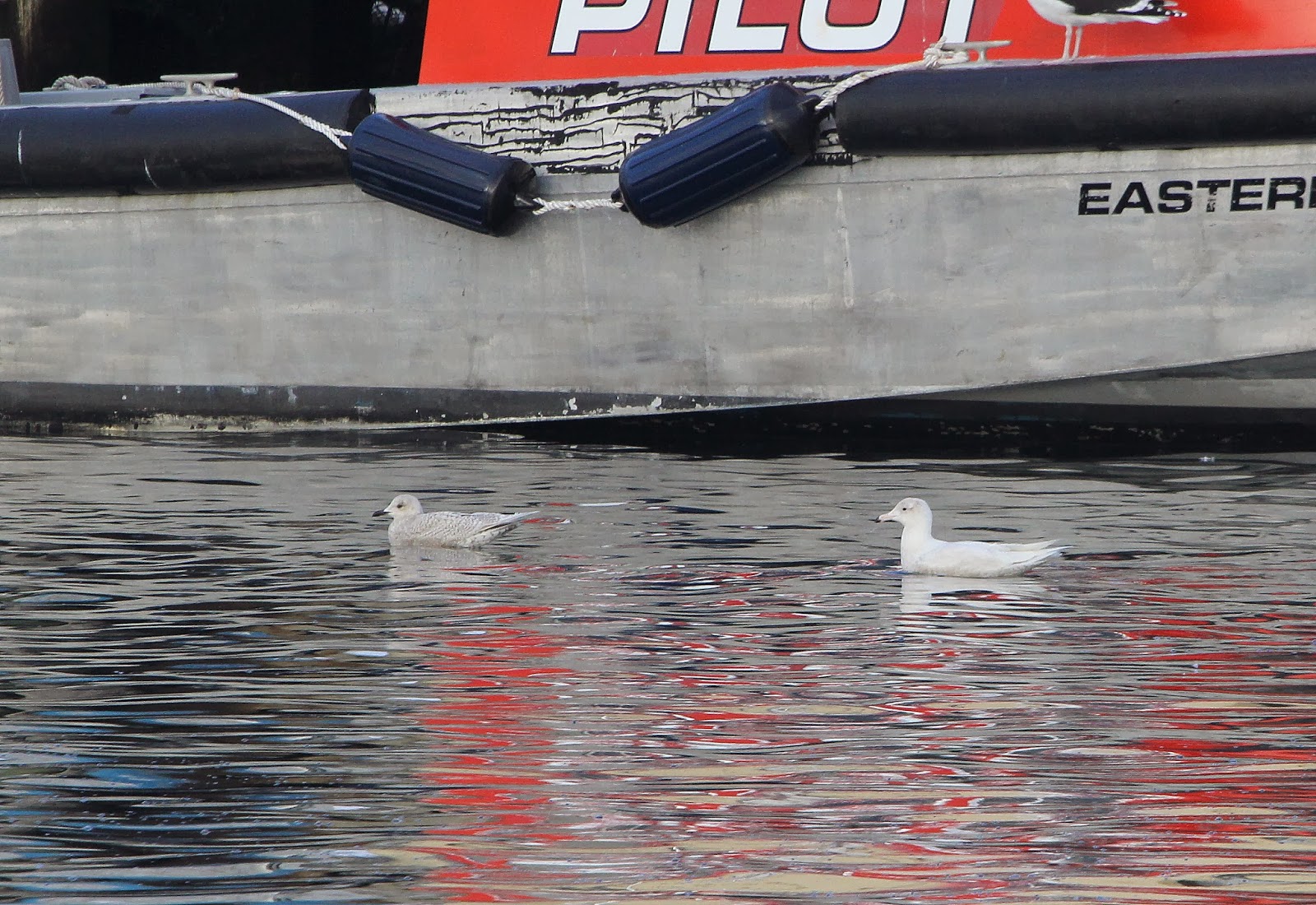 Unfortunately none came as close as the Greater Black-backed Gulls 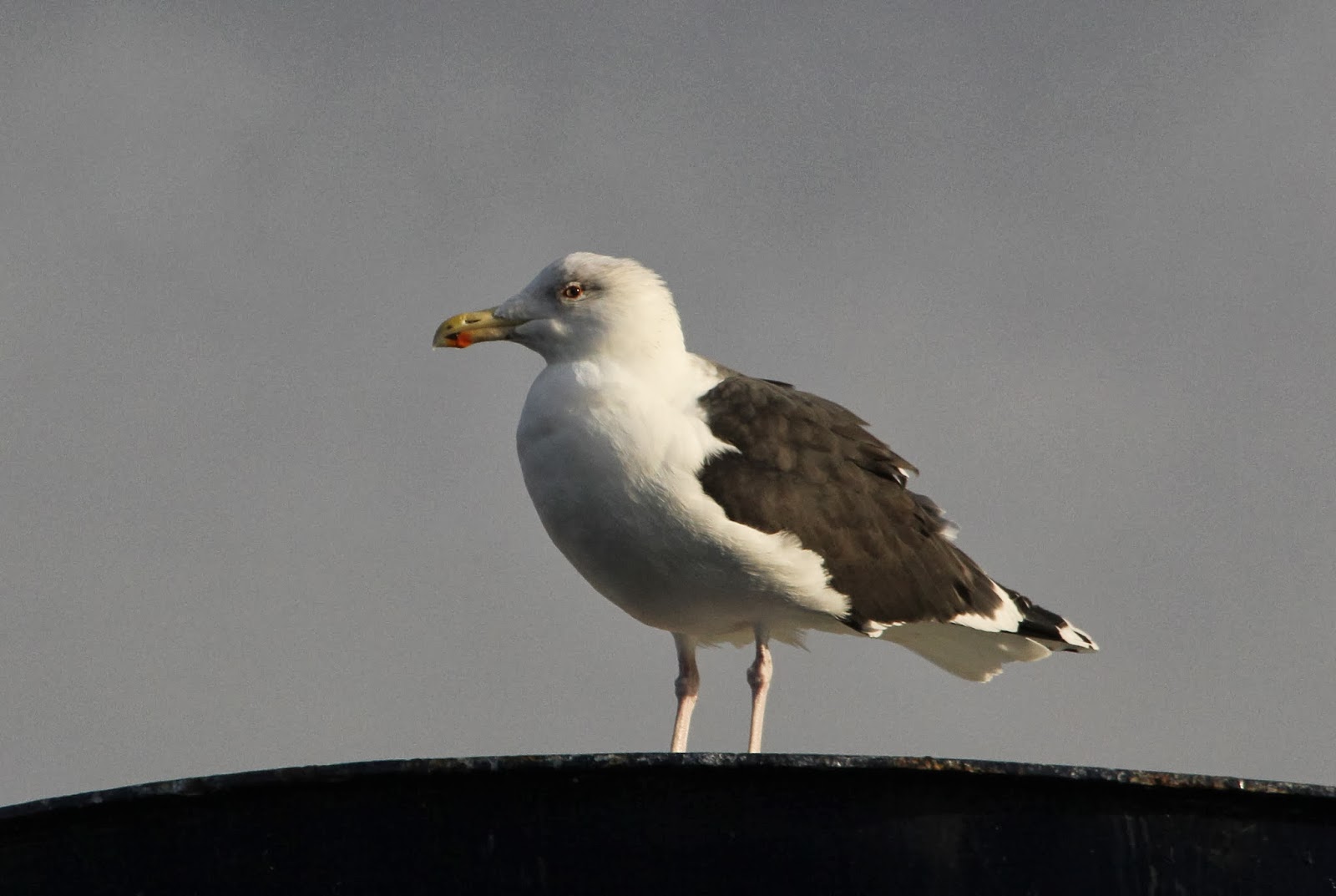 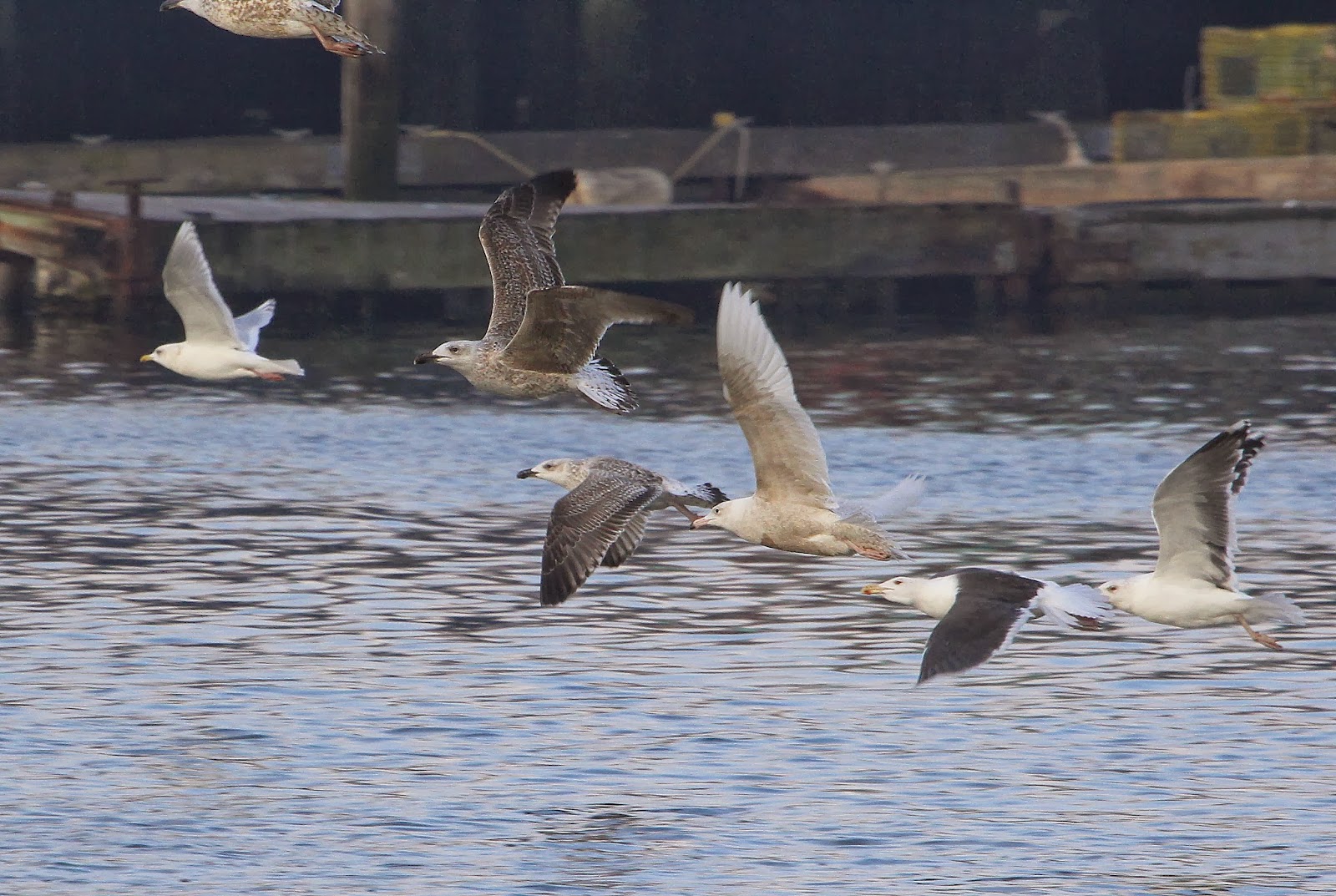 After checking for any alcids that might also have moved up into the harbor (none) we started to wend our way out to Eastern Point, making our usual detour to Rocky Neck for a look out at Ten Pound Island 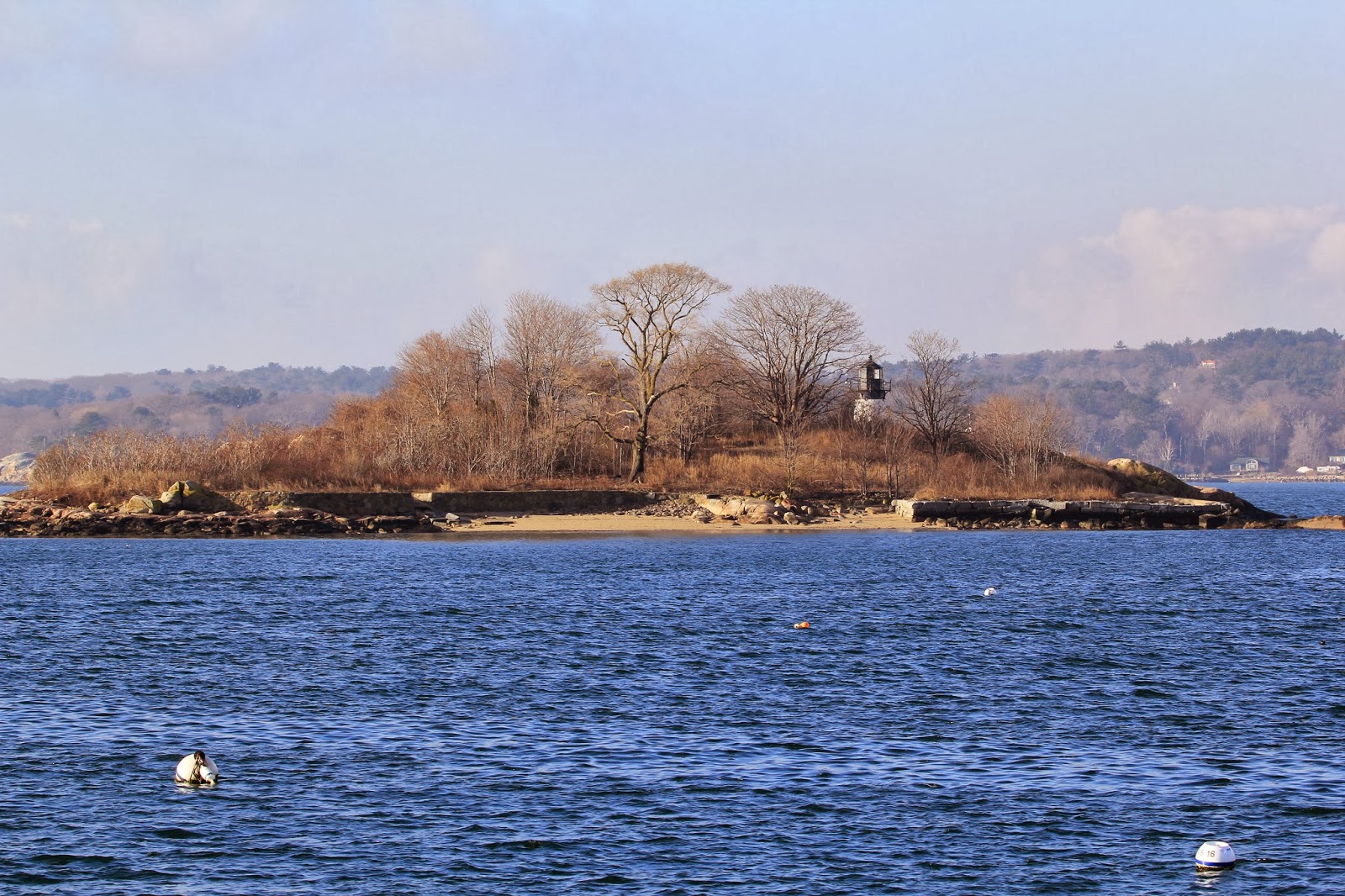 While there weren't as many ducks as we've seen in other winters, we did spot a Snowy Owl out on the island, but couldn't get any closer looks. 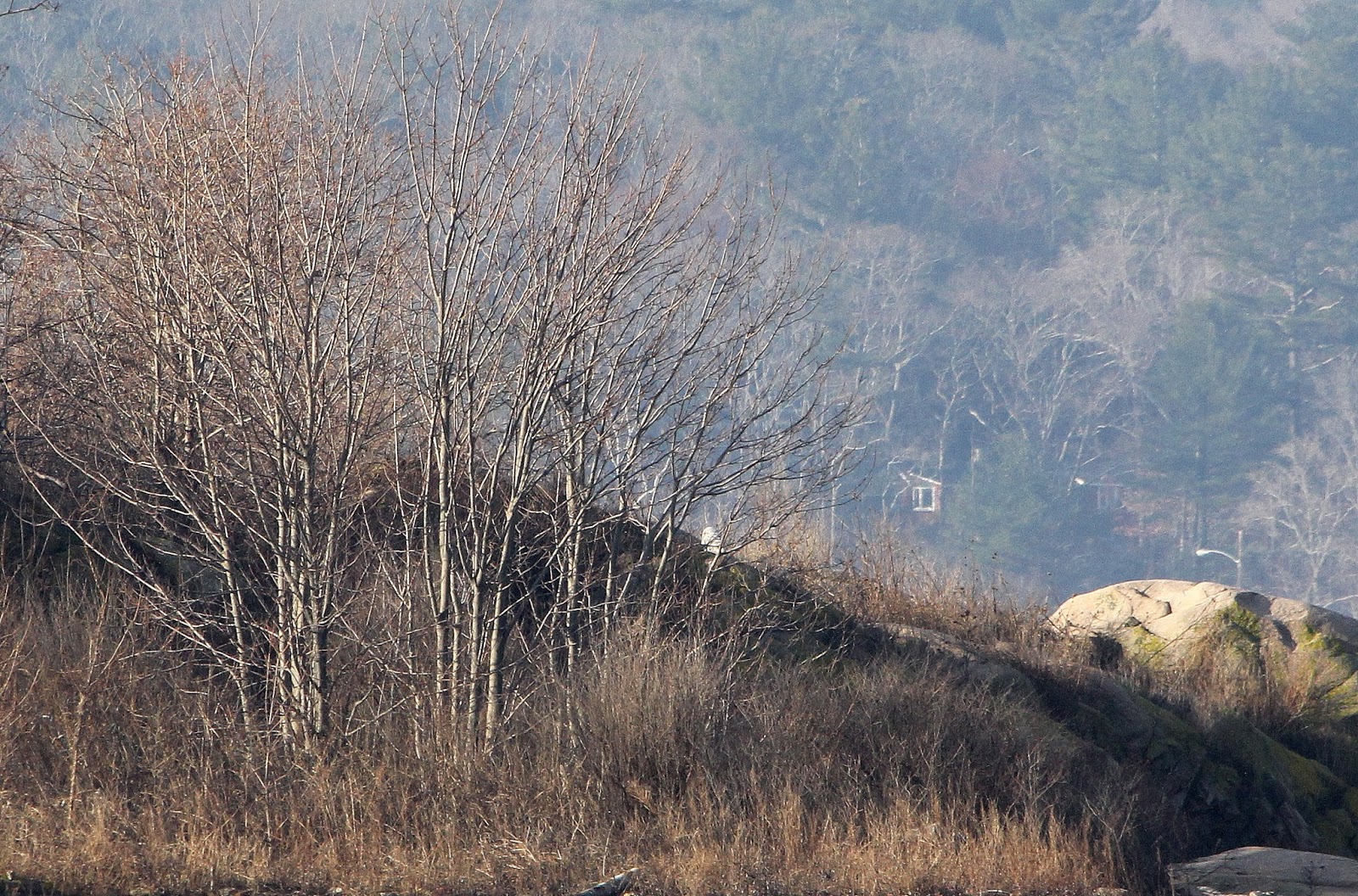 So we had to content ourselves with some of the Rocky Neck "specialties".....like this statute with the obligatory "Go Pat's" cap 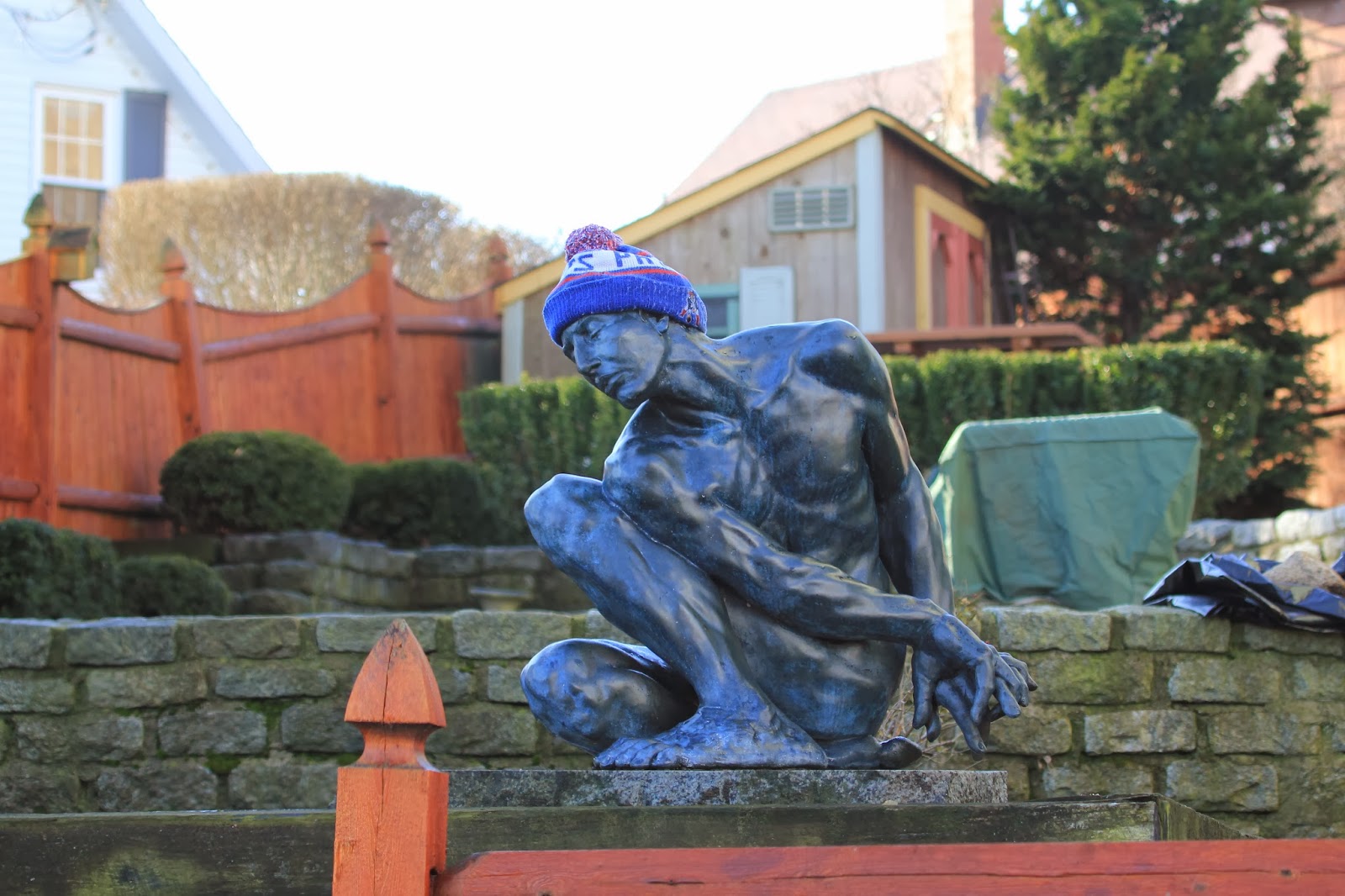 As we continued on to Eastern Point we stopped at every water overlook for ducks, alcids or any other unusual gulls -- but it was a strangely quiet day.  We did have several close loons 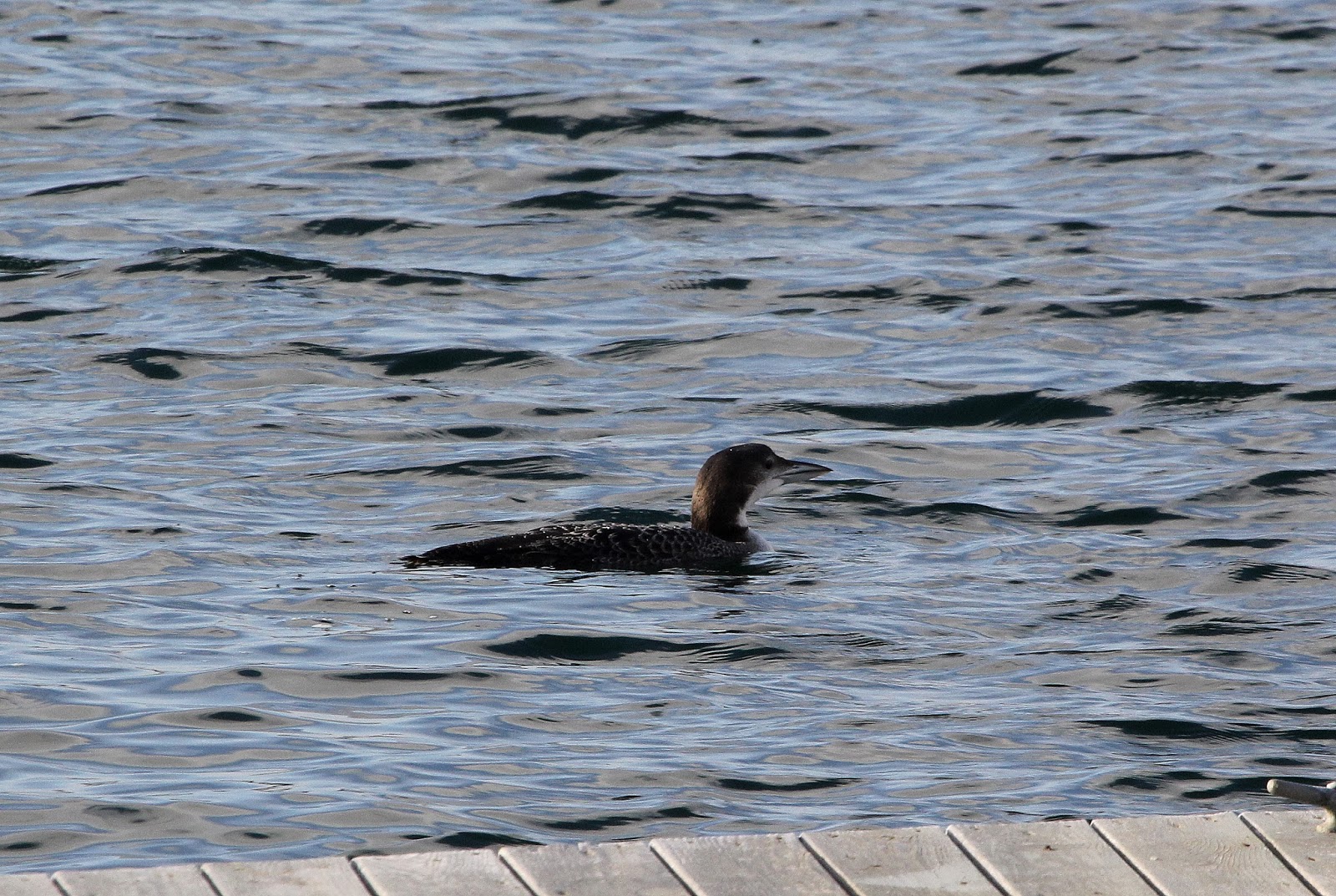 and great views of some of the ships still out in the harbor. 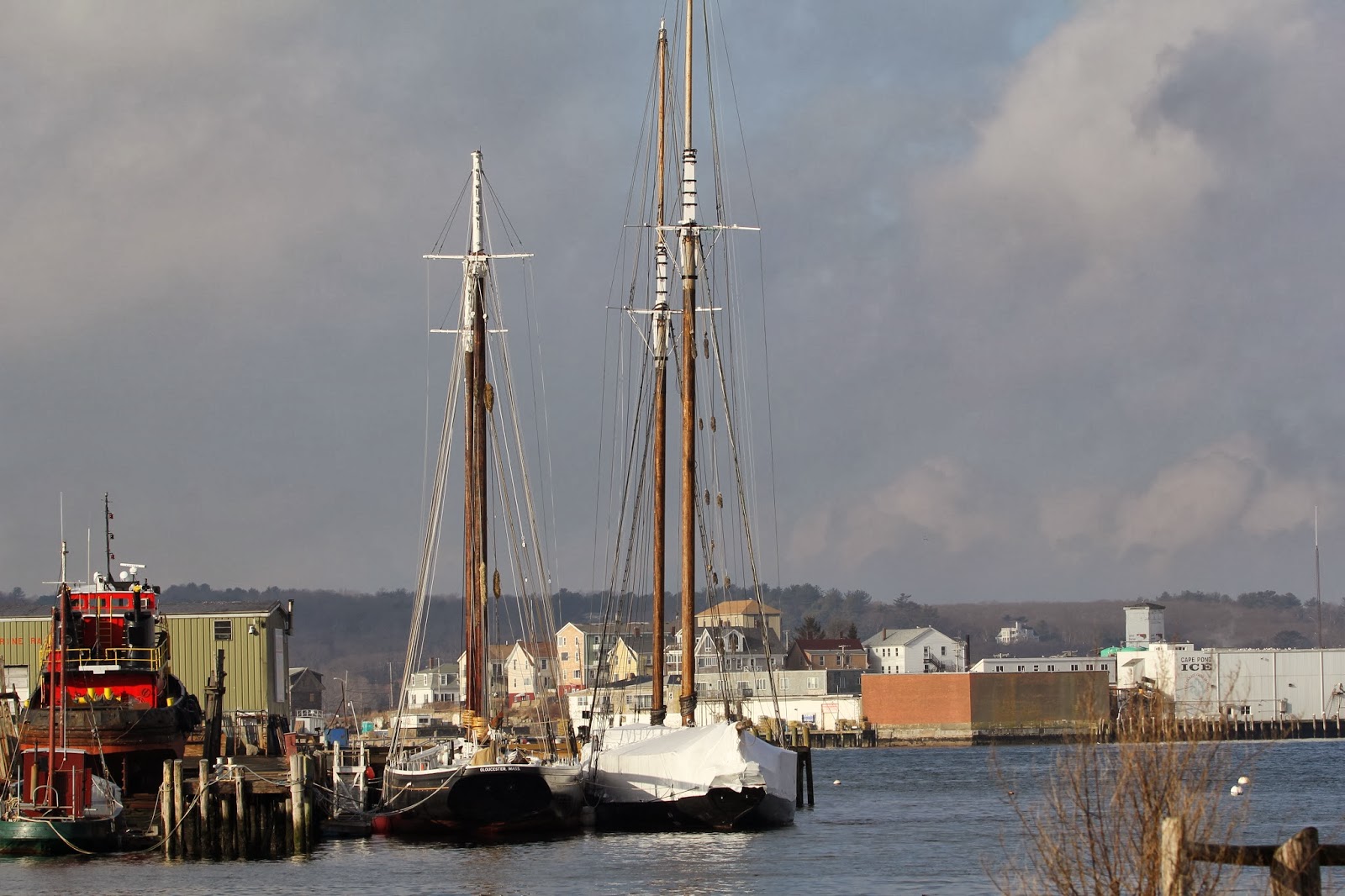 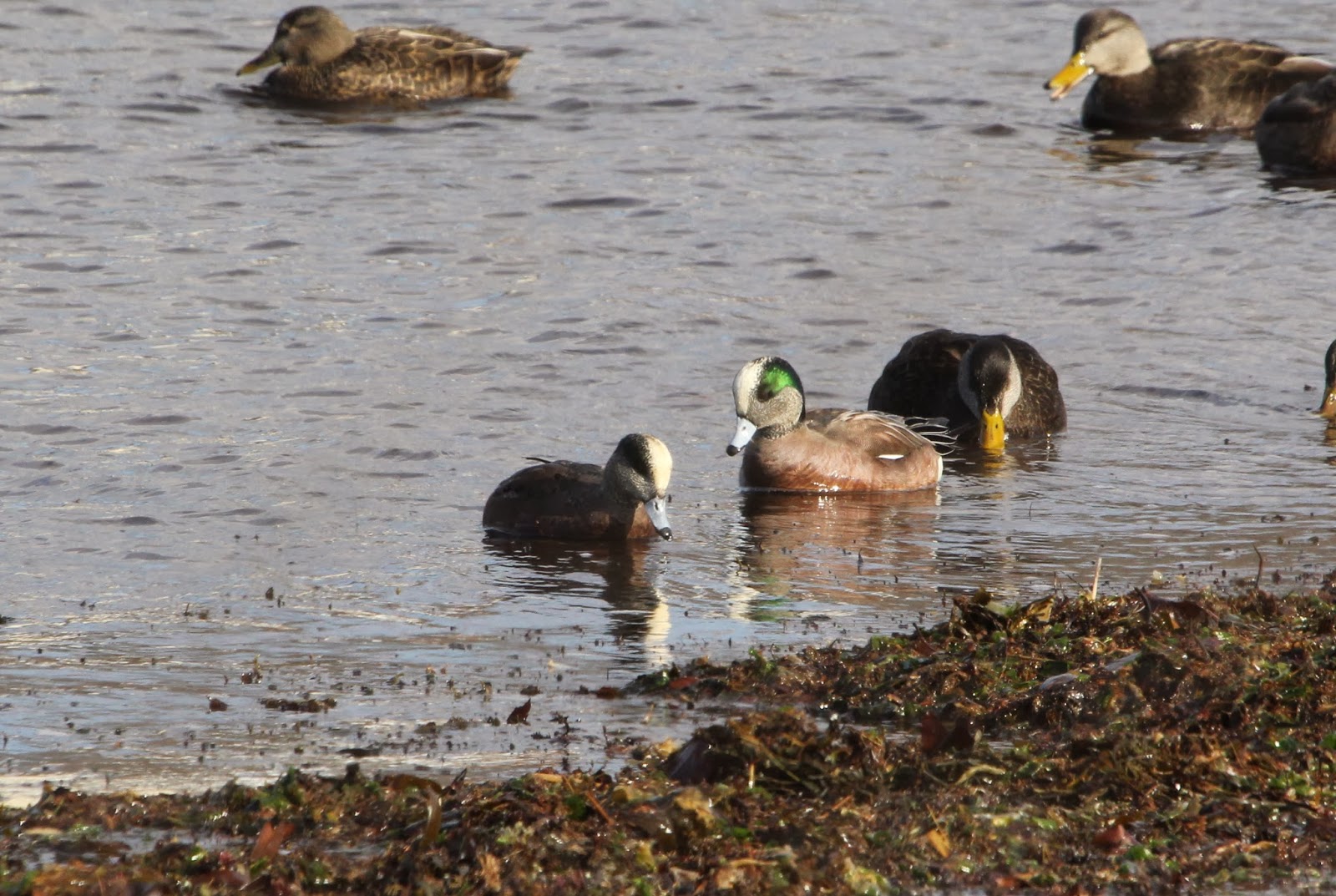 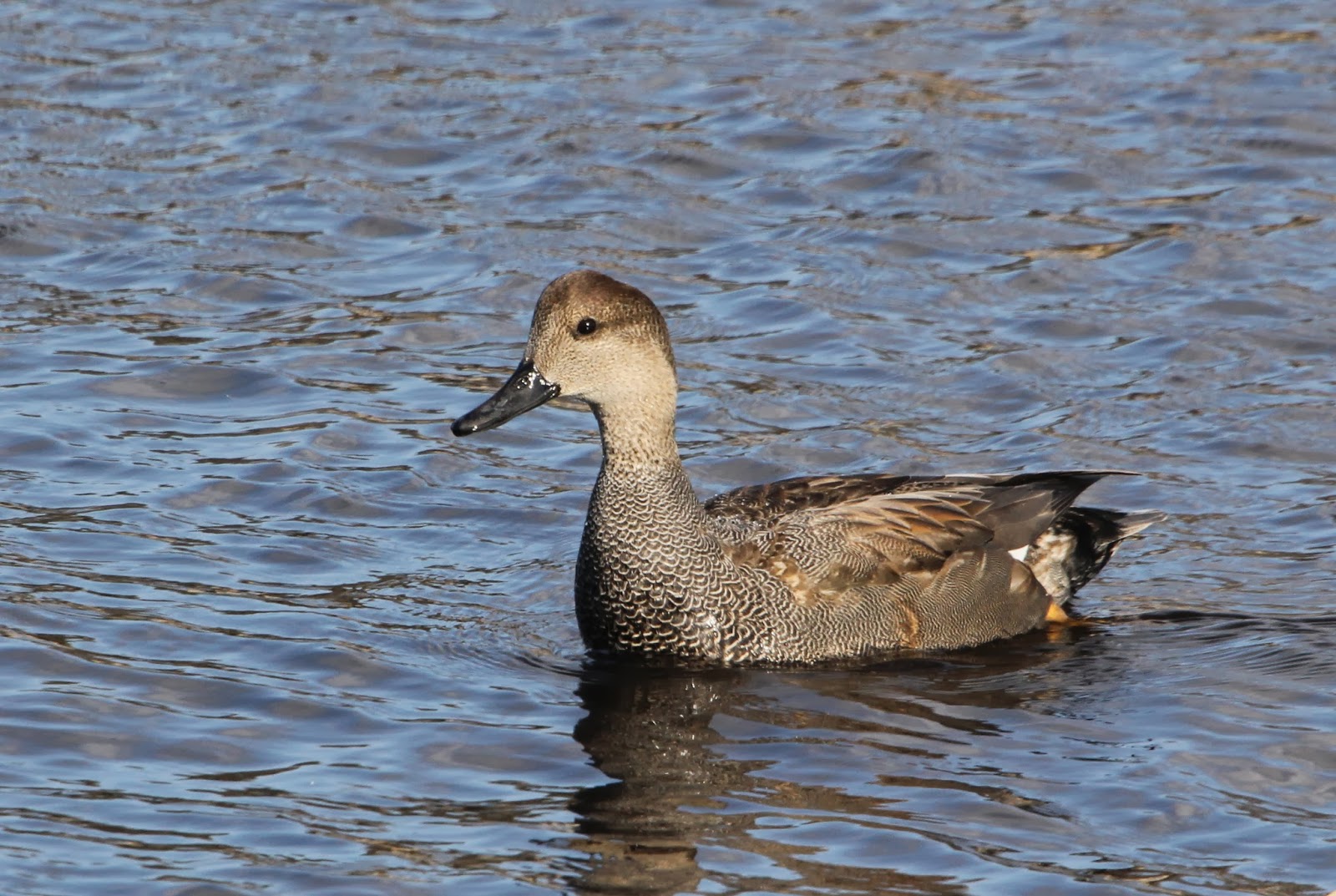 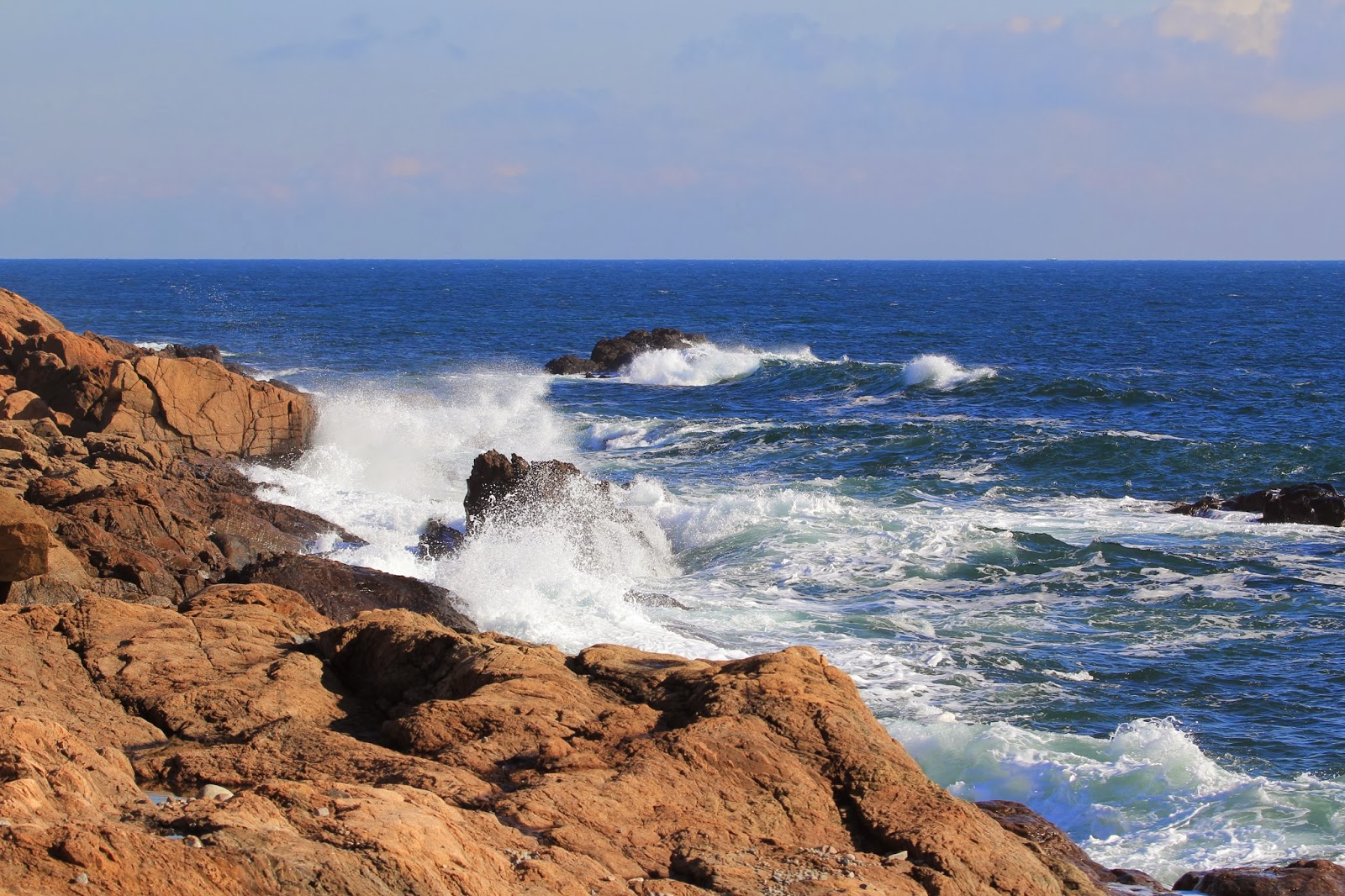 Along the way we scanned Thatcher Island for more snowies and checked every eider flock for the King...but we didn't luck out. 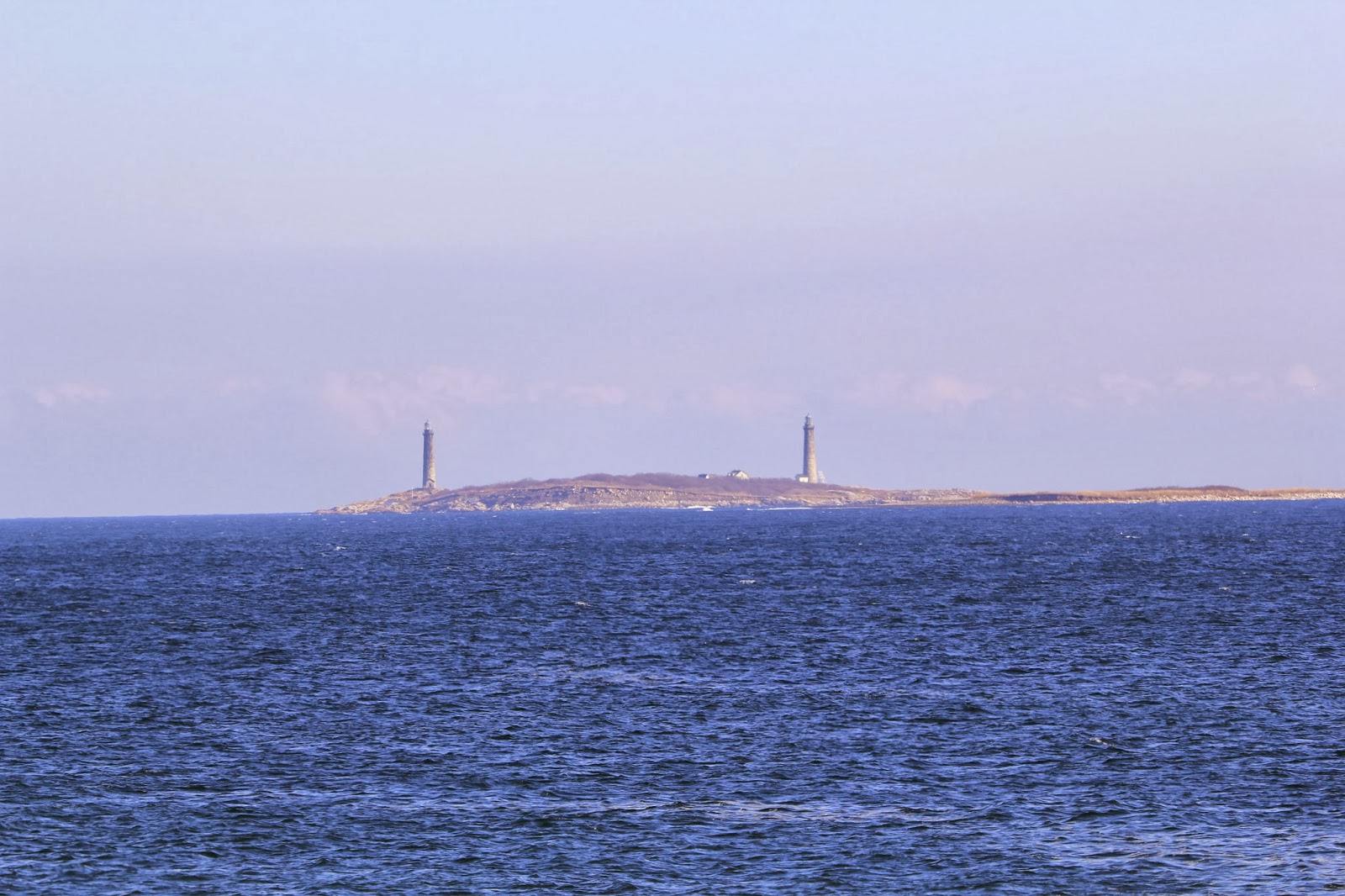 But for me what the made the entire trip worthwhile were the looks (and photos) of Harlequin Ducks in several stops in Rockport (the Granite Pier, Cathedral Ledge and Andrew's Point).  Now I know that Harlequin's are expected every winter in these waters, and they certainly have been seen in increasing numbers for more than a decade.....still I get blown away every time I see a drake in breeding plumage! 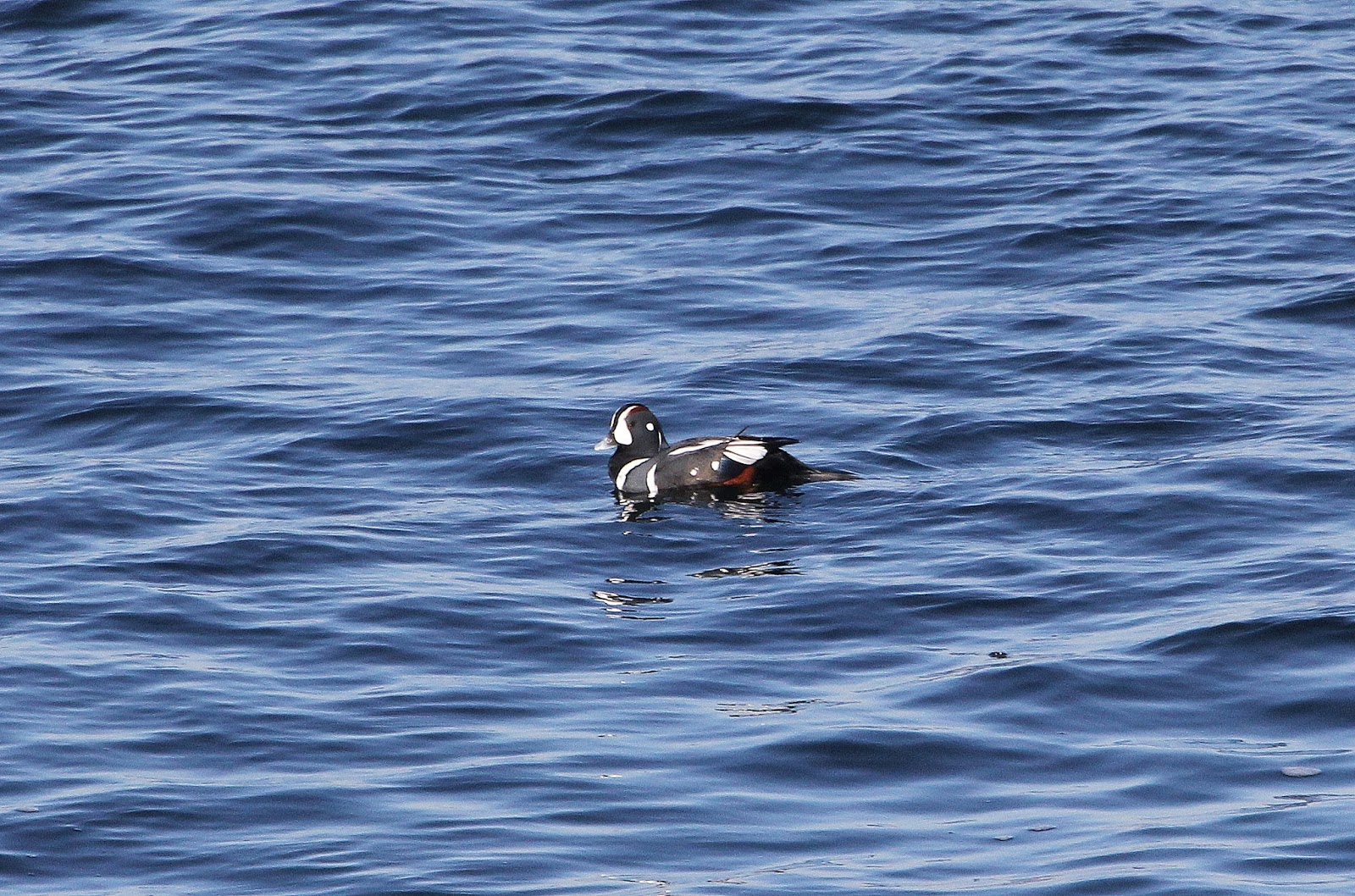 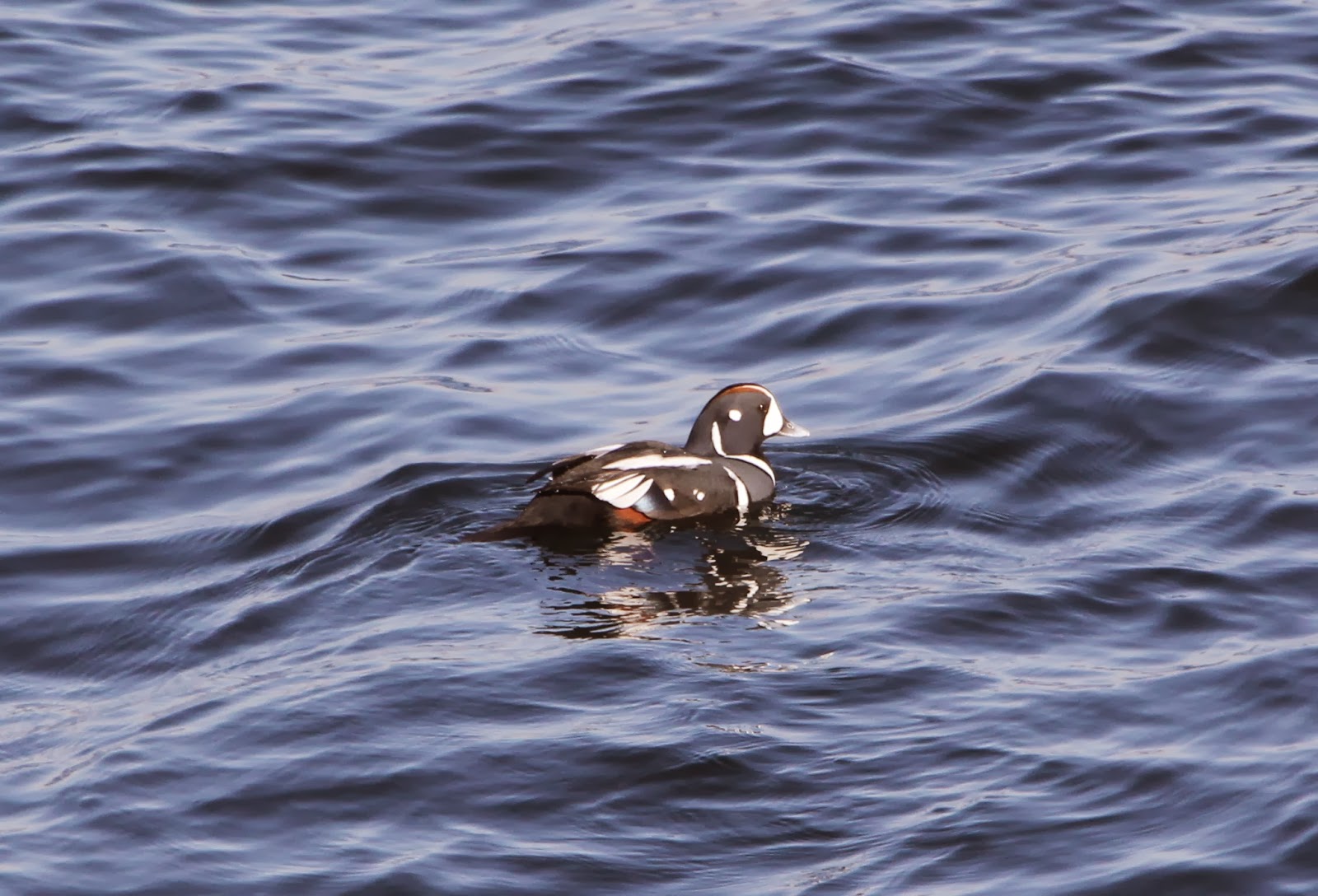 And the numbers were impressive, especially at Andrew's Point.... 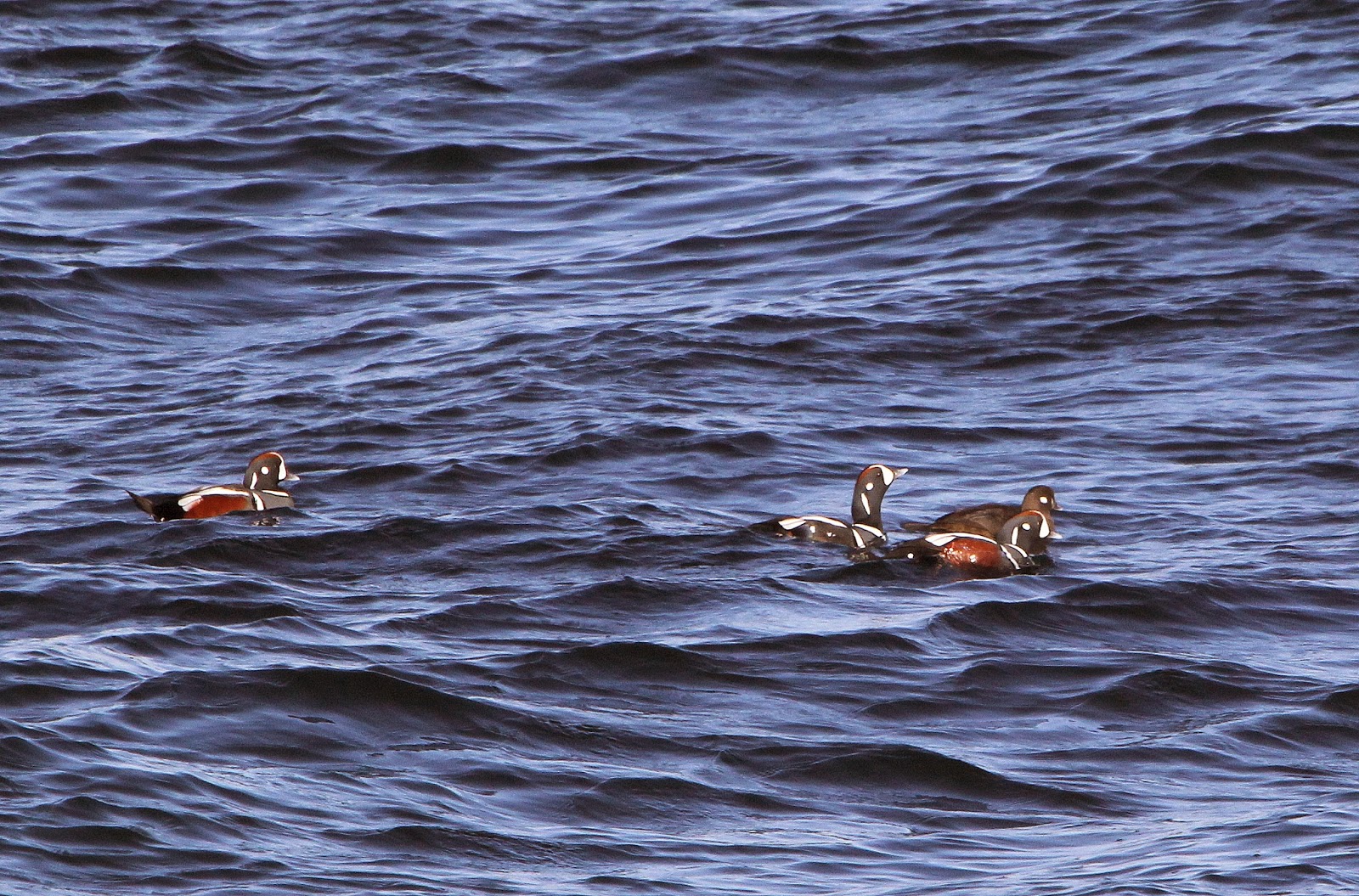 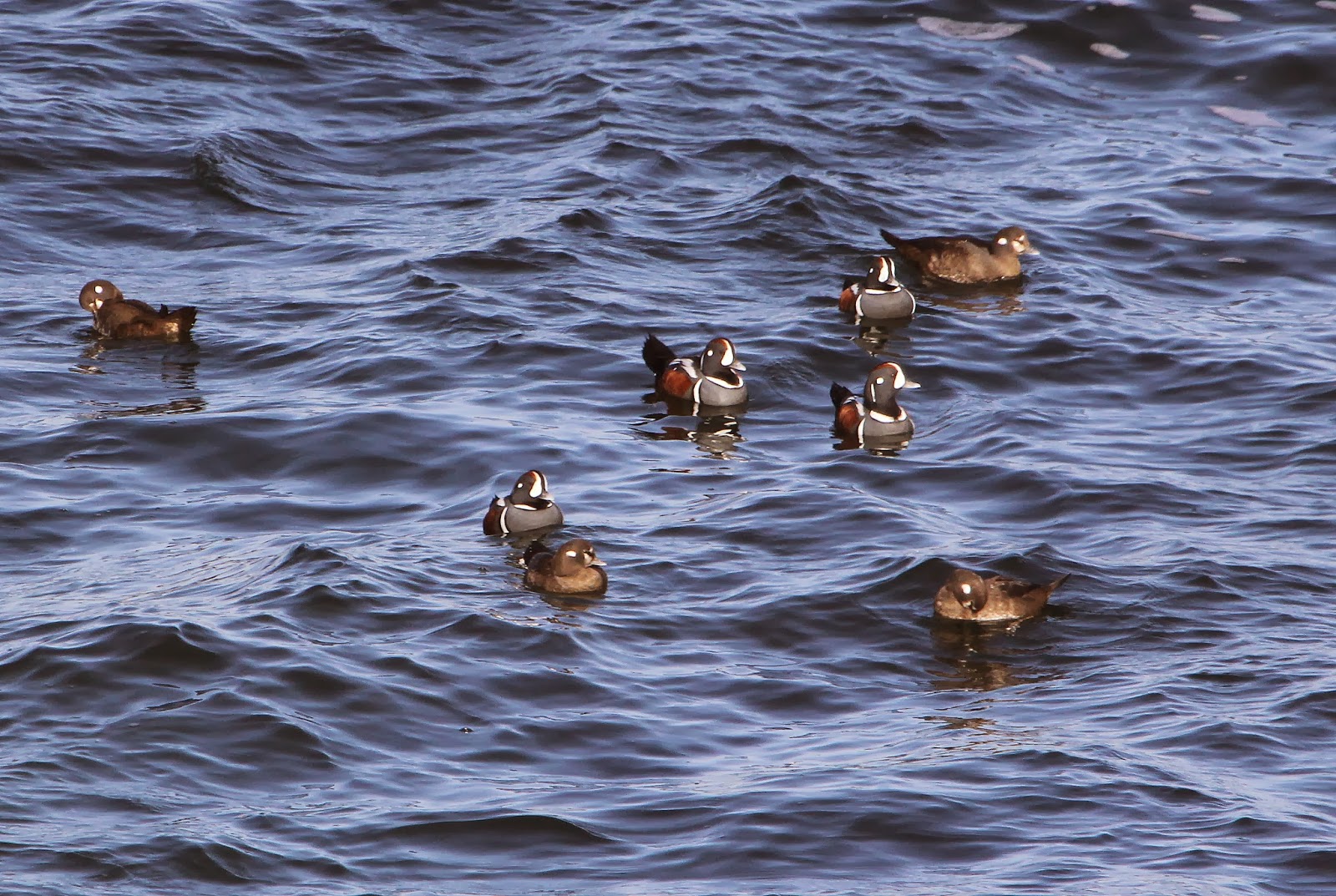 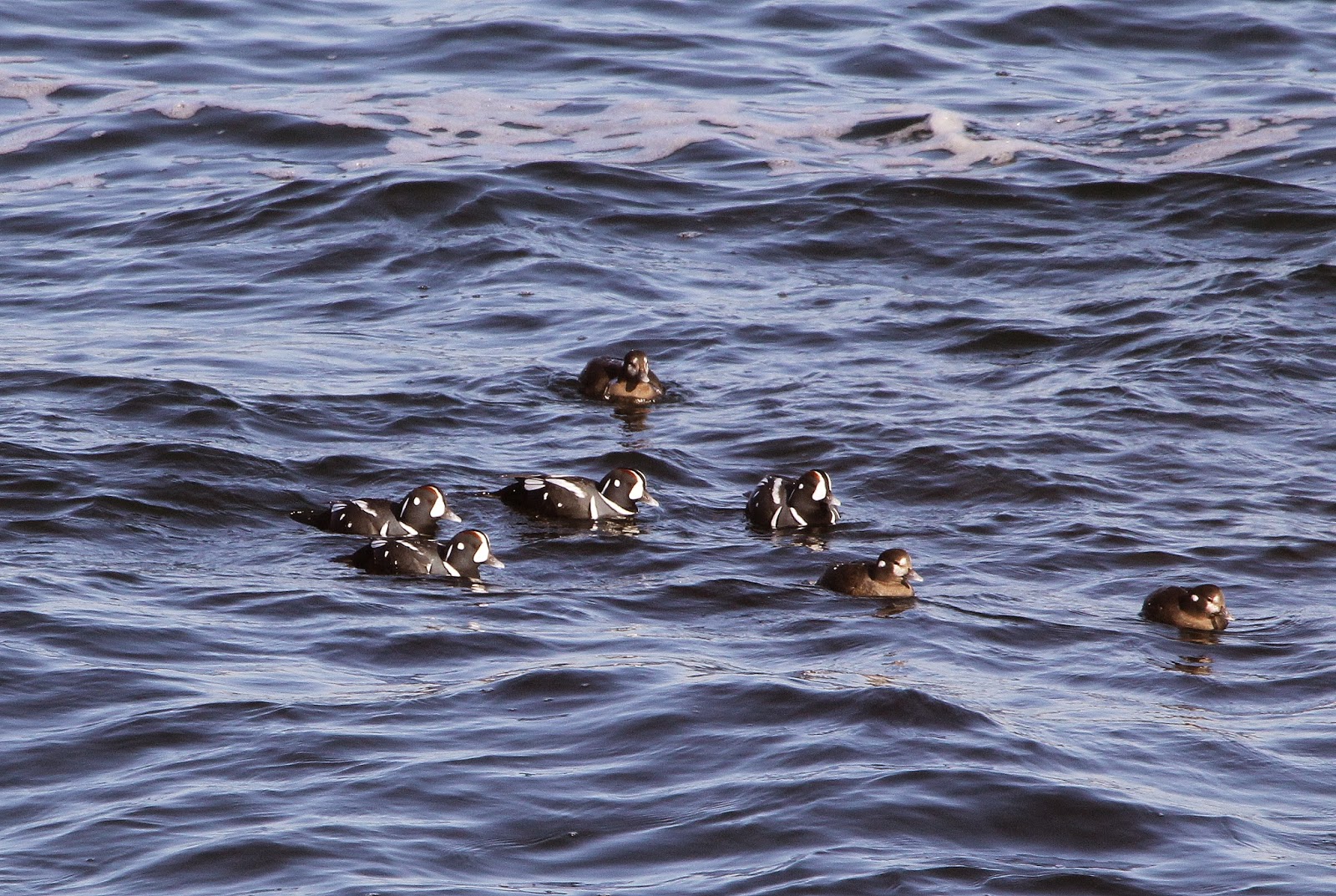 At the end of the day, Mark tallied 150 Harlequin Ducks....and a mermaid! 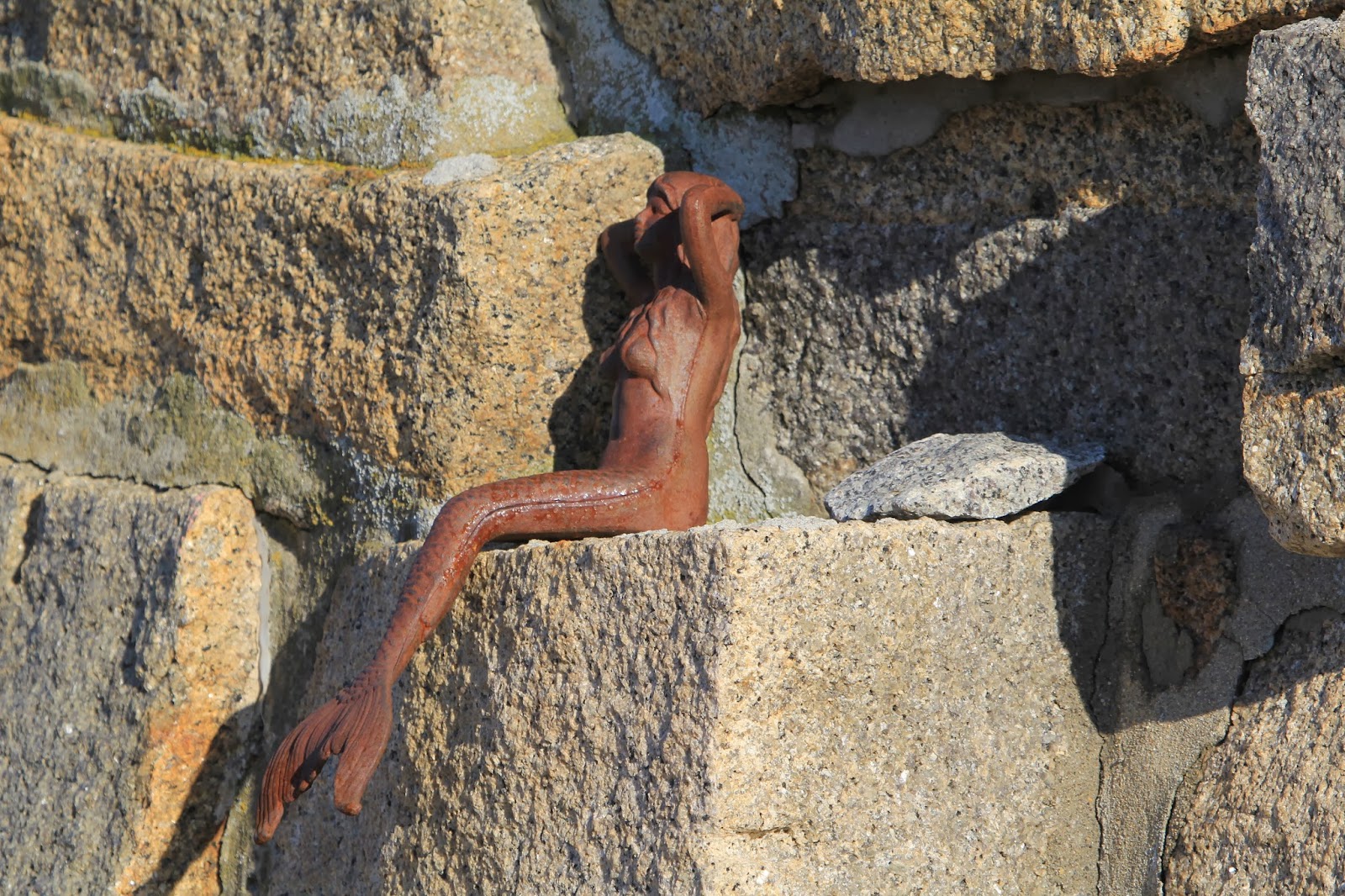 We made a final stop at Folly Cove and then headed back to Worcester.  BTW the drive back was MUCH better than the drive up....it took us just shy of 1-1/2 hours from the rotary to home. 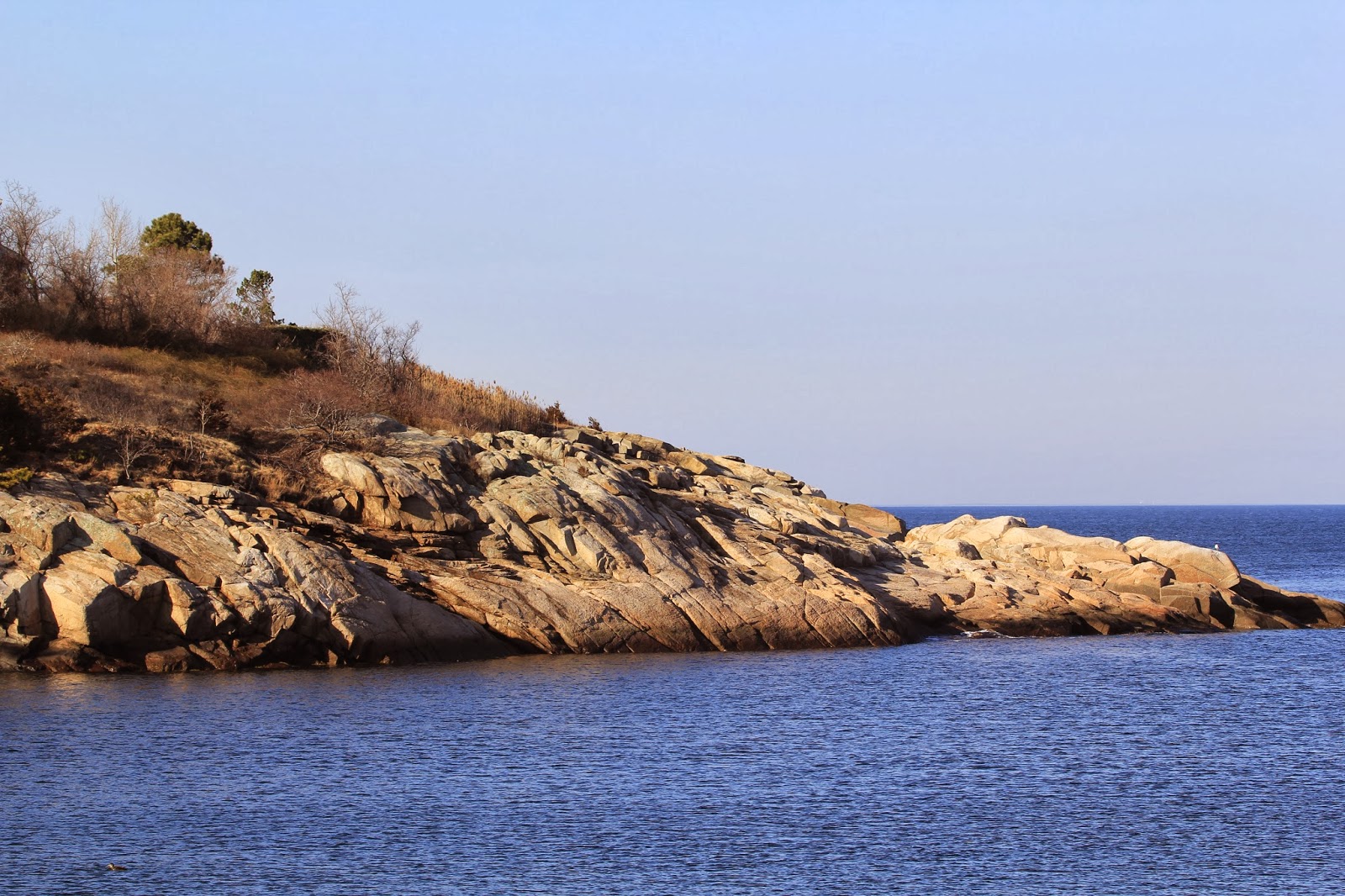 So as I sit here in my office at home typing this I'm looking out at the 3 inches of snow we were NOT supposed to get today (and it's still snowing) and looking at the contrast with all the sunshine and blue skies of yesterday at Cape Ann.  Maybe my next blog should be some of the highlights from last summer so we can all enjoy looking forward to what's ahead!

Posted by Sheila Carroll at 3:28 PM