Recently, we have been making some short forays into different gates at Wachusett Reservoir, especially when we have just a little bit of time in the morning to do some birding.  It's been great to watch the nesting loon at Gate 17A.  Last year we watched her for weeks and then the rains came and she lost the nest and the eggs.  This year however, she had two eggs; but we've only seen her with one young.   We've also had several Spotted Sandpipers in this area, including one we keep flushing out of the grass and finally we found some chicks.  Here are some photos of 3 different trips, mostly from Gates 17, 36 and 39. 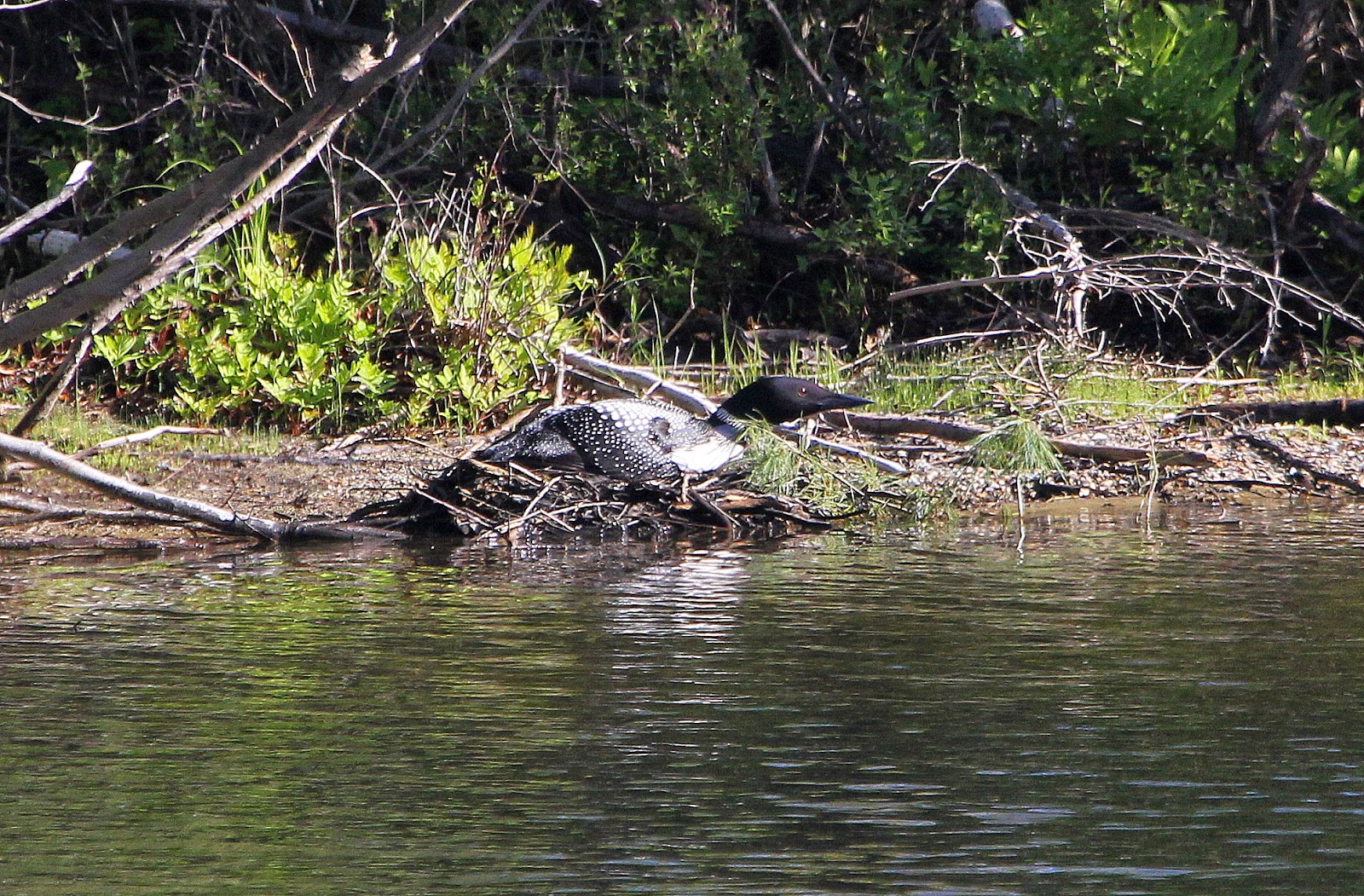 We first saw the adult sitting on the nest on May 23rd.  We checked on and off for several weeks and first noticed her gone from the nest around the 4th of July.  We talked with a woman who had been watching the nest as well and that pretty much coincided with her records.  Here's a shot of the parent with the young loon on July 8th. 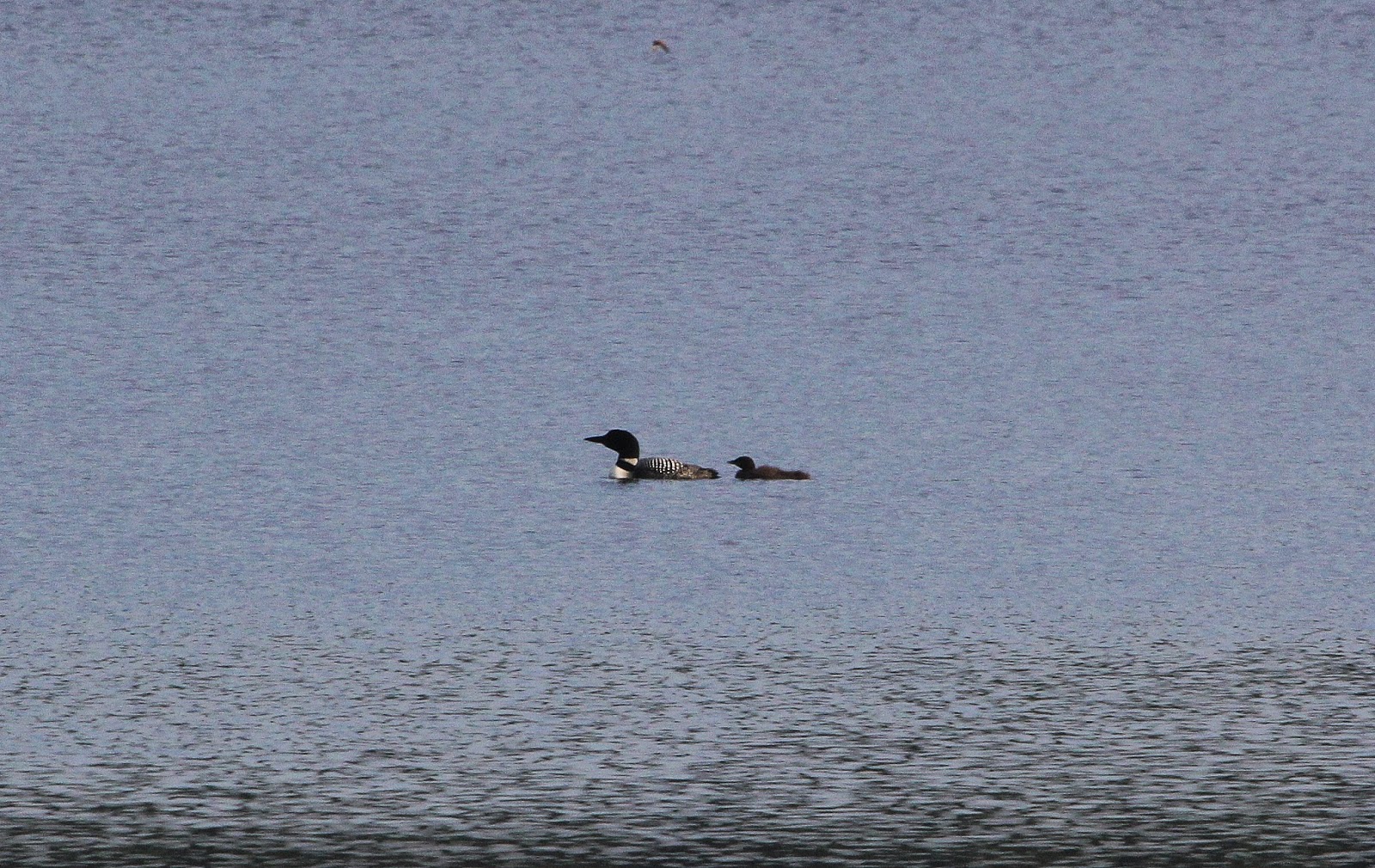 When we checked today we didn't see either bird, but they could just be off in a cove somewhere.  I believe Kevin Bourinot leading the Forbush Bird Club trip there this weekend had this young as well as another successful nest.  There are certainly good numbers of adult Common Loons on the reservoir. 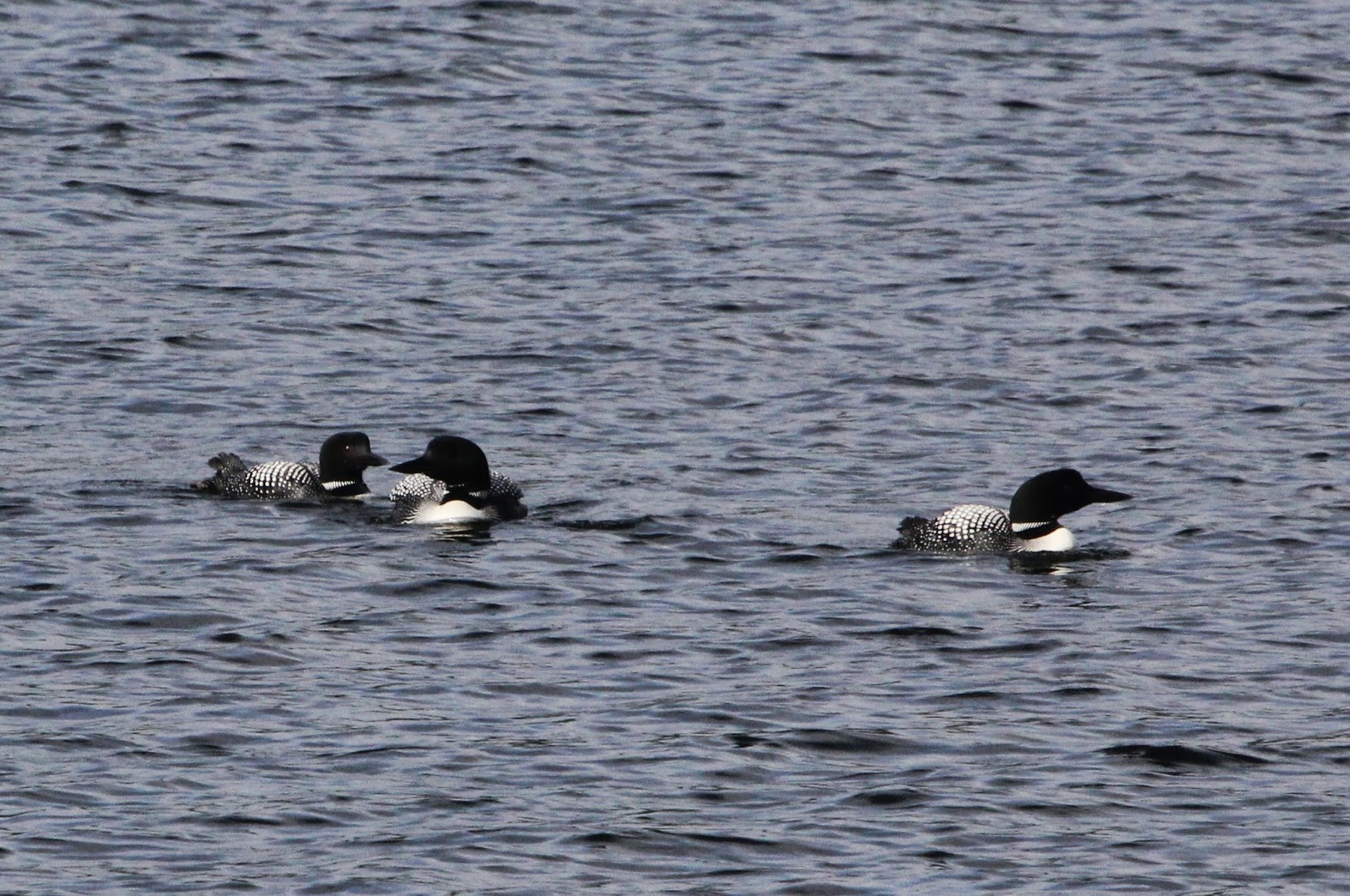 Here are some shots of the adult male Spotted Sandpiper defending his nest.... 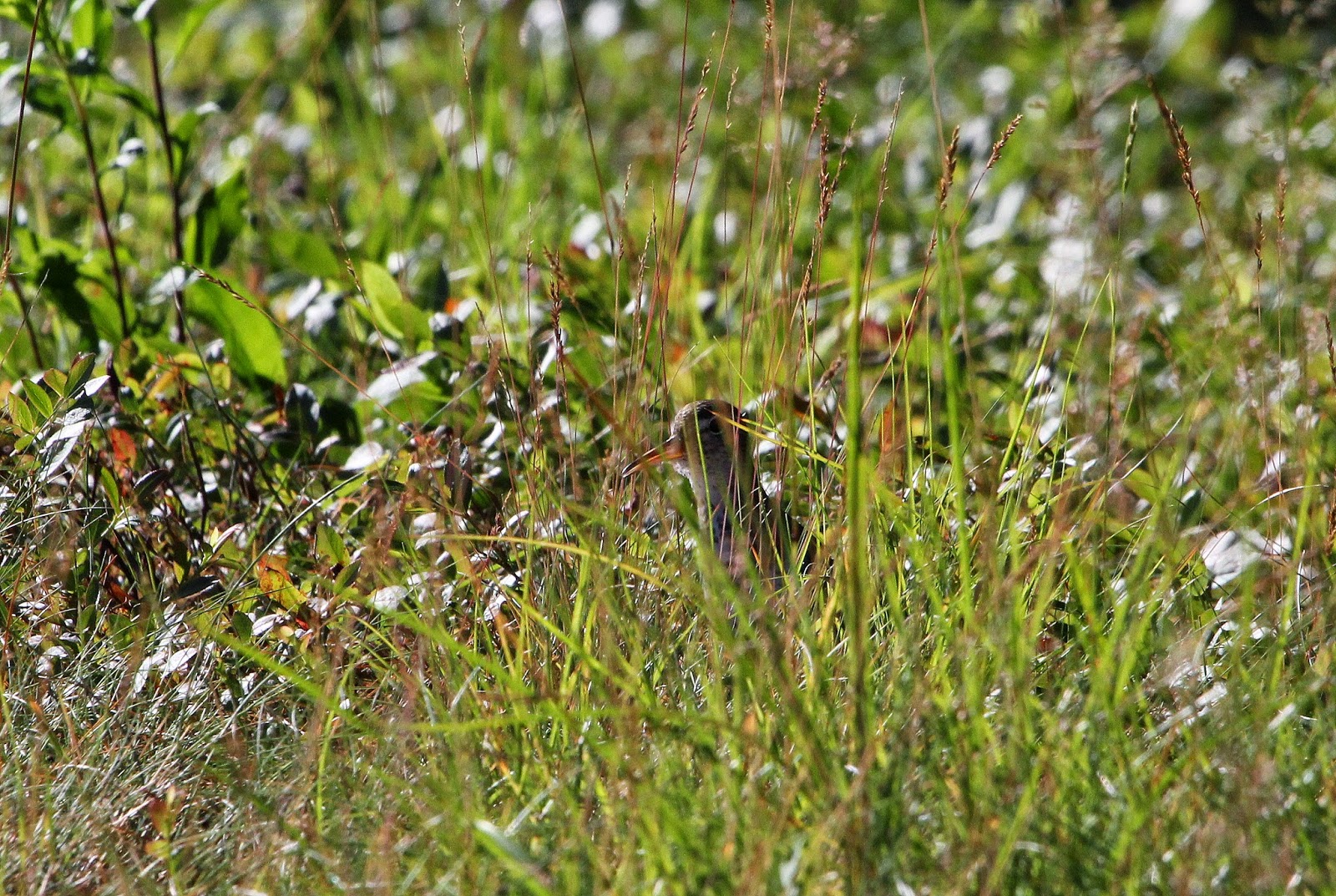 Remember in Spotteds the females leave the males to tend the young. 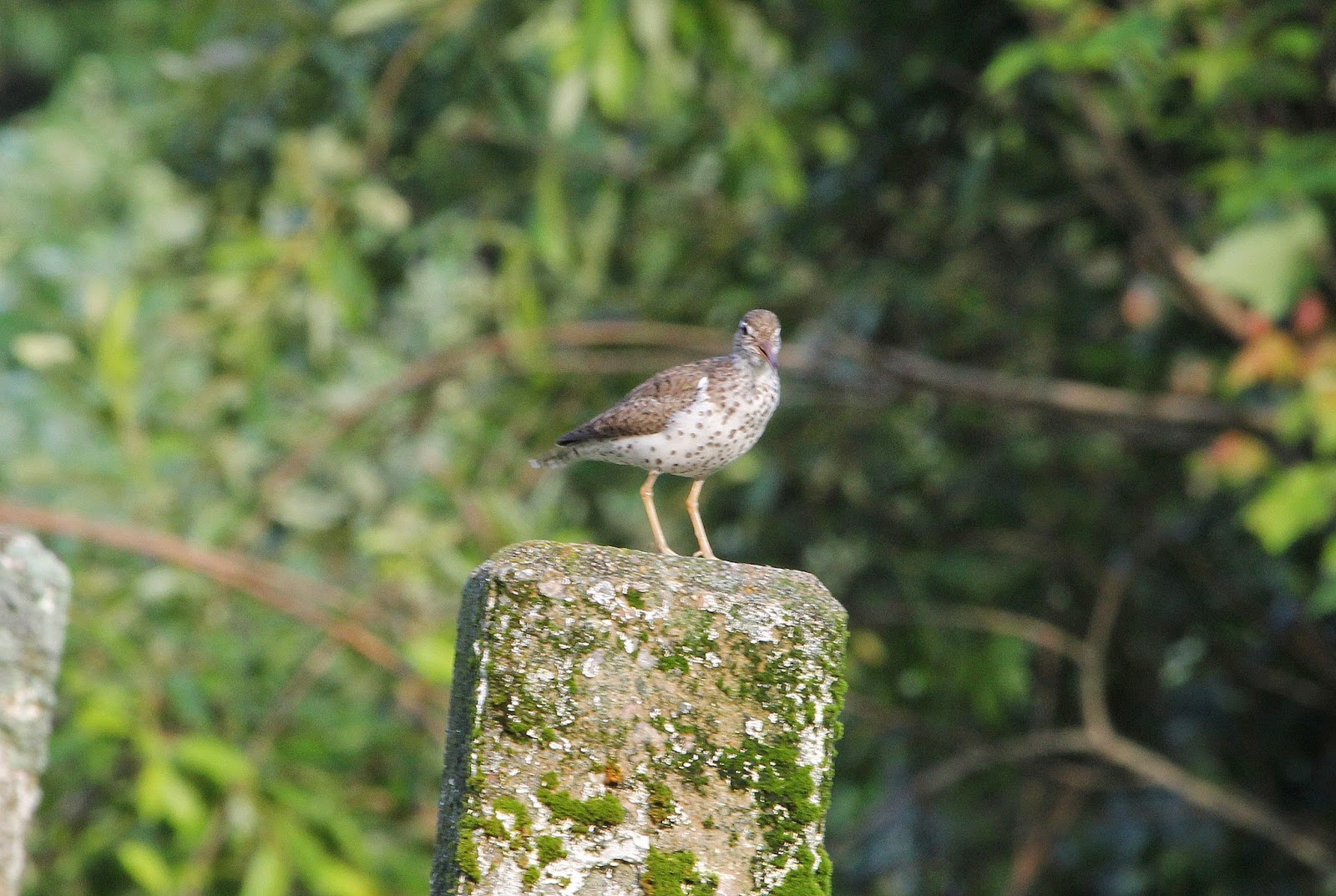 Here are the two chicks we found on July 5th.... 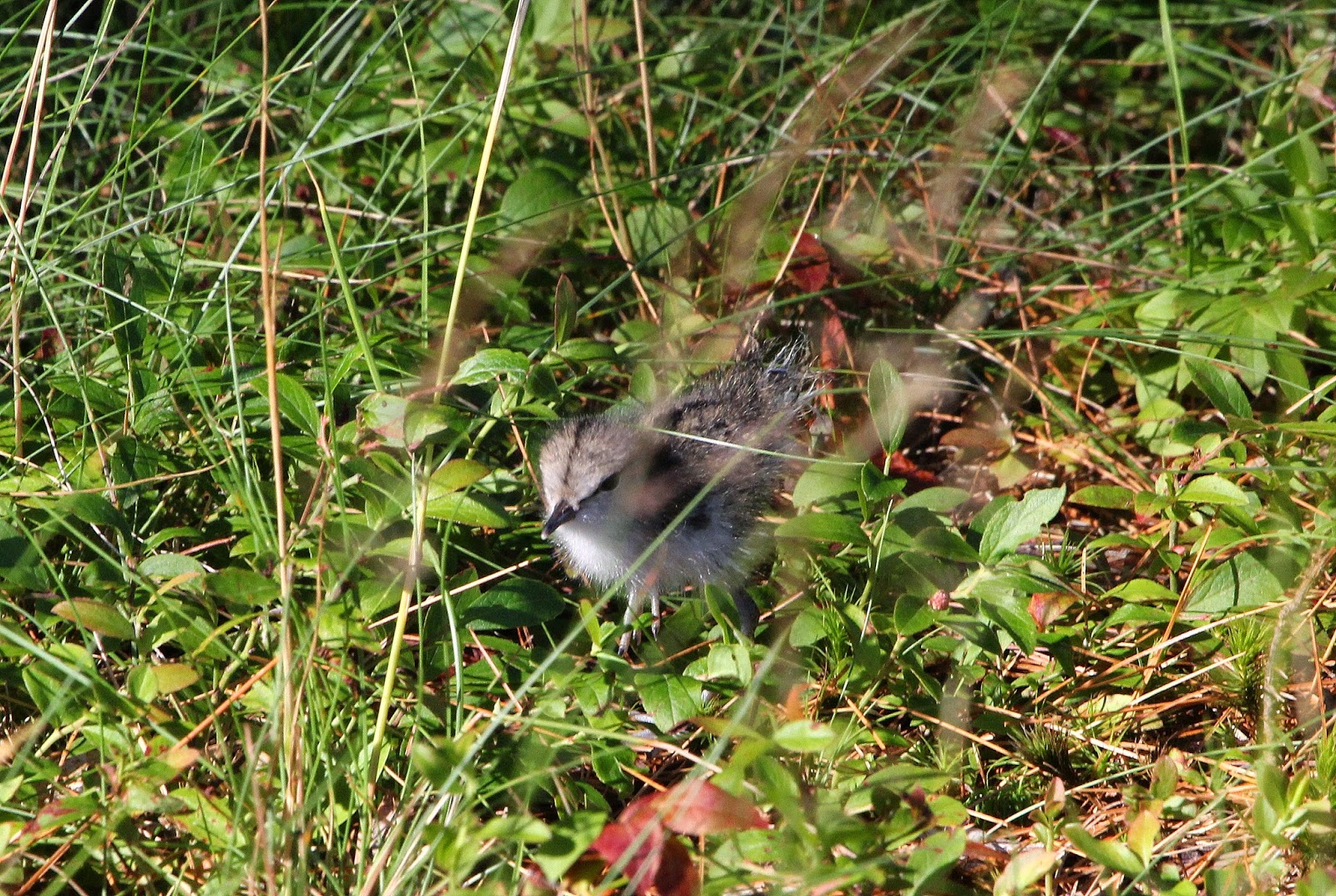 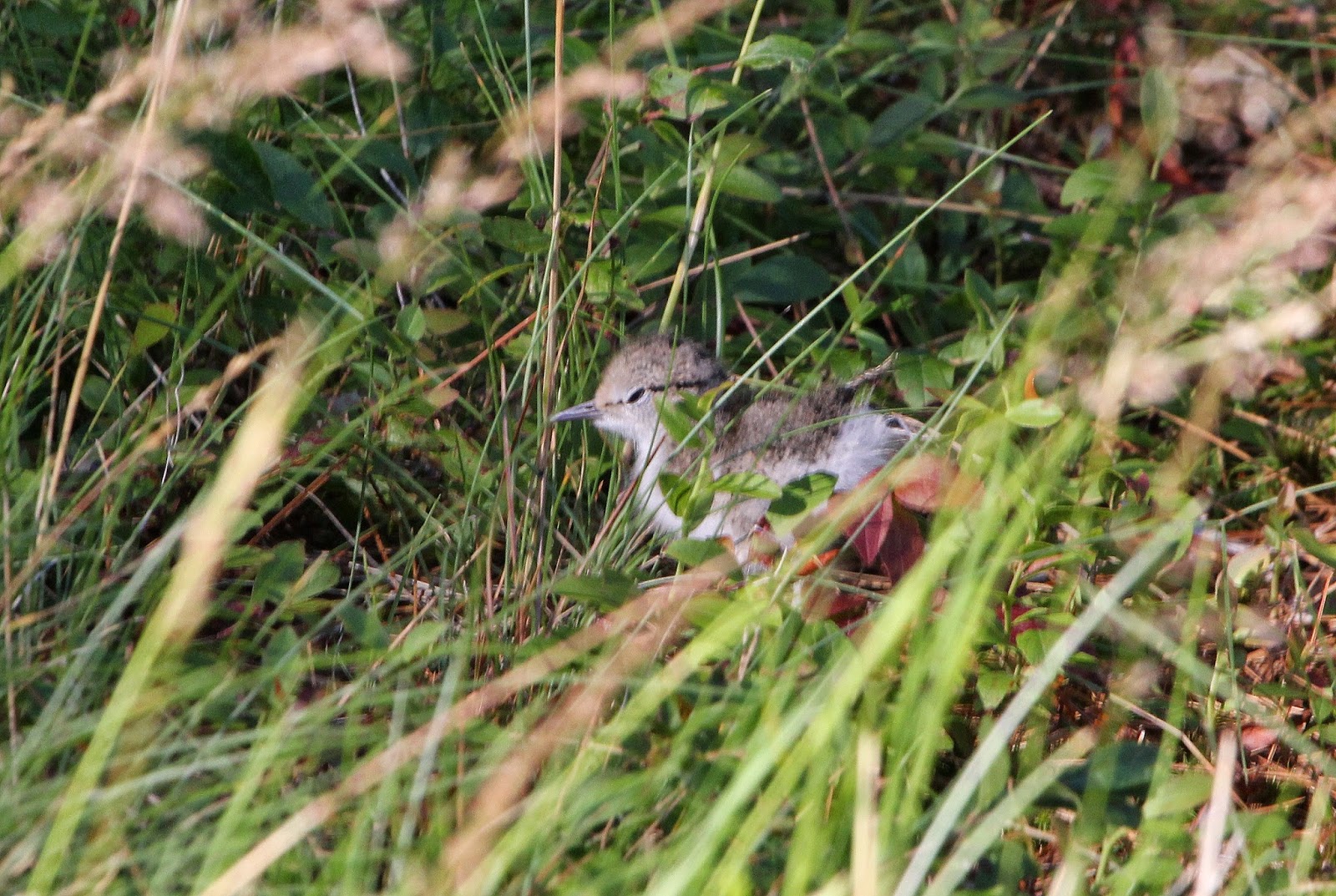 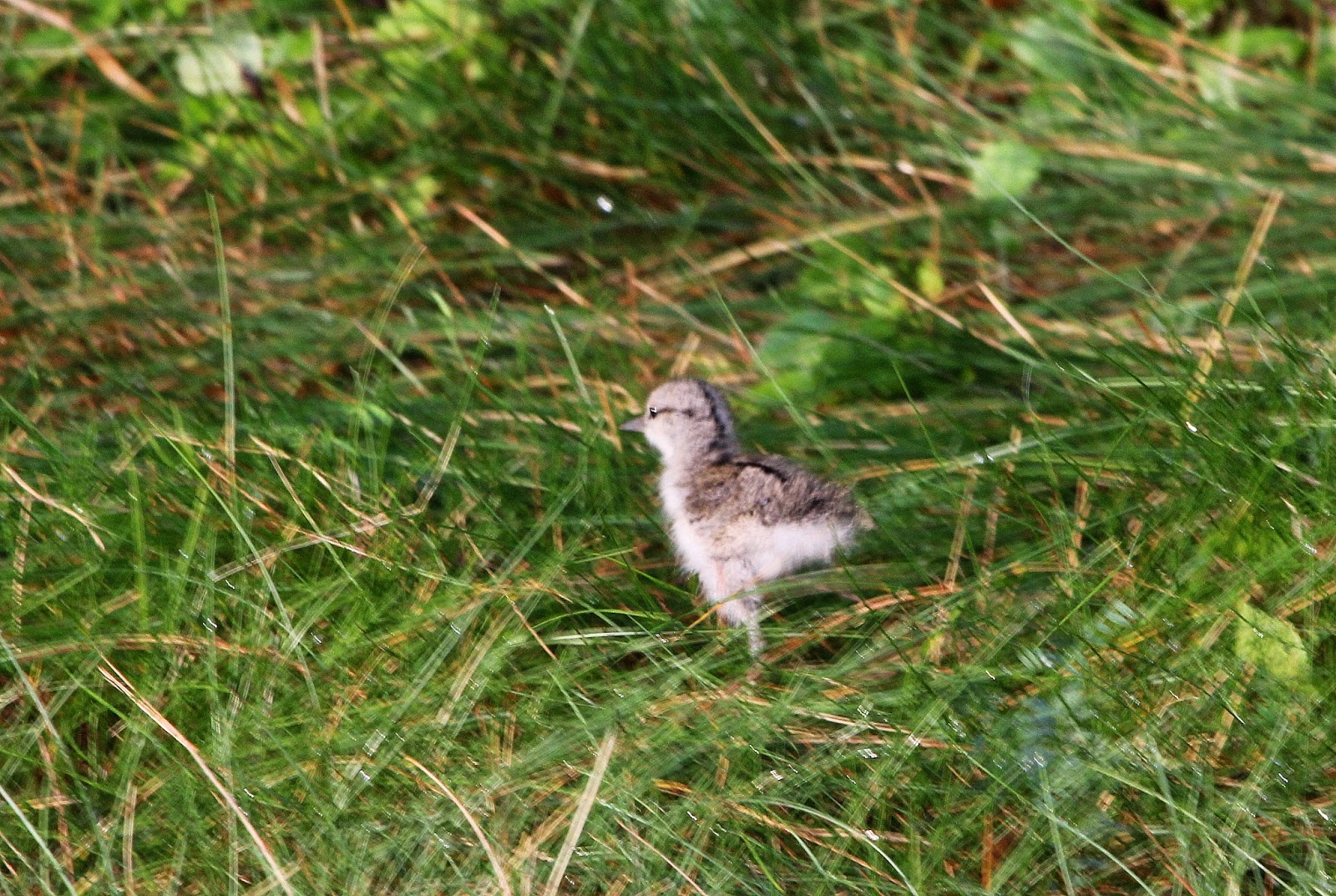 There are usually Great Blues flying around the coves at the southern end of the reservoir, and I worry that they'll see these little chicks and just gobble them up like popcorn. 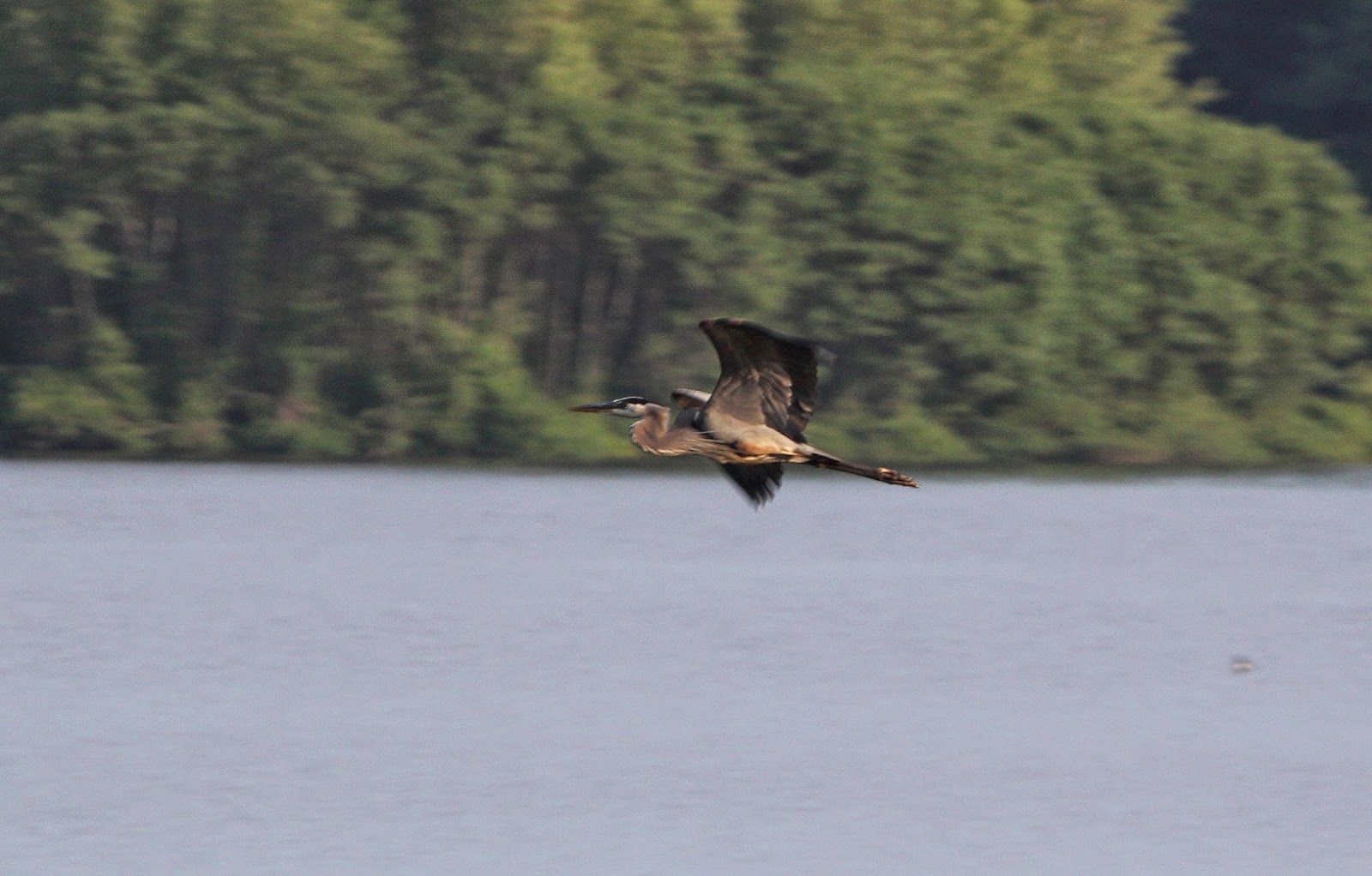 After checking on the breeding Eastern Meadowlarks from the dike at Gate 36 today, we decided to walk into Gate 37 which comes out midway down the dike.  We had 5 meadowlarks, including some young birds.  It's great to see them breeding here and we've let Joan Walsh (at MAS in Lincoln) know so that she can work with DCR to save some of the area and not mow it while the birds are breeding.  Seems to have been successful this year.  We also had some nice odonates in the area, including this Familiar Bluet.  There's also breeding kestral in the area so I know they're getting plenty to eat with all the odes that are flying right now. 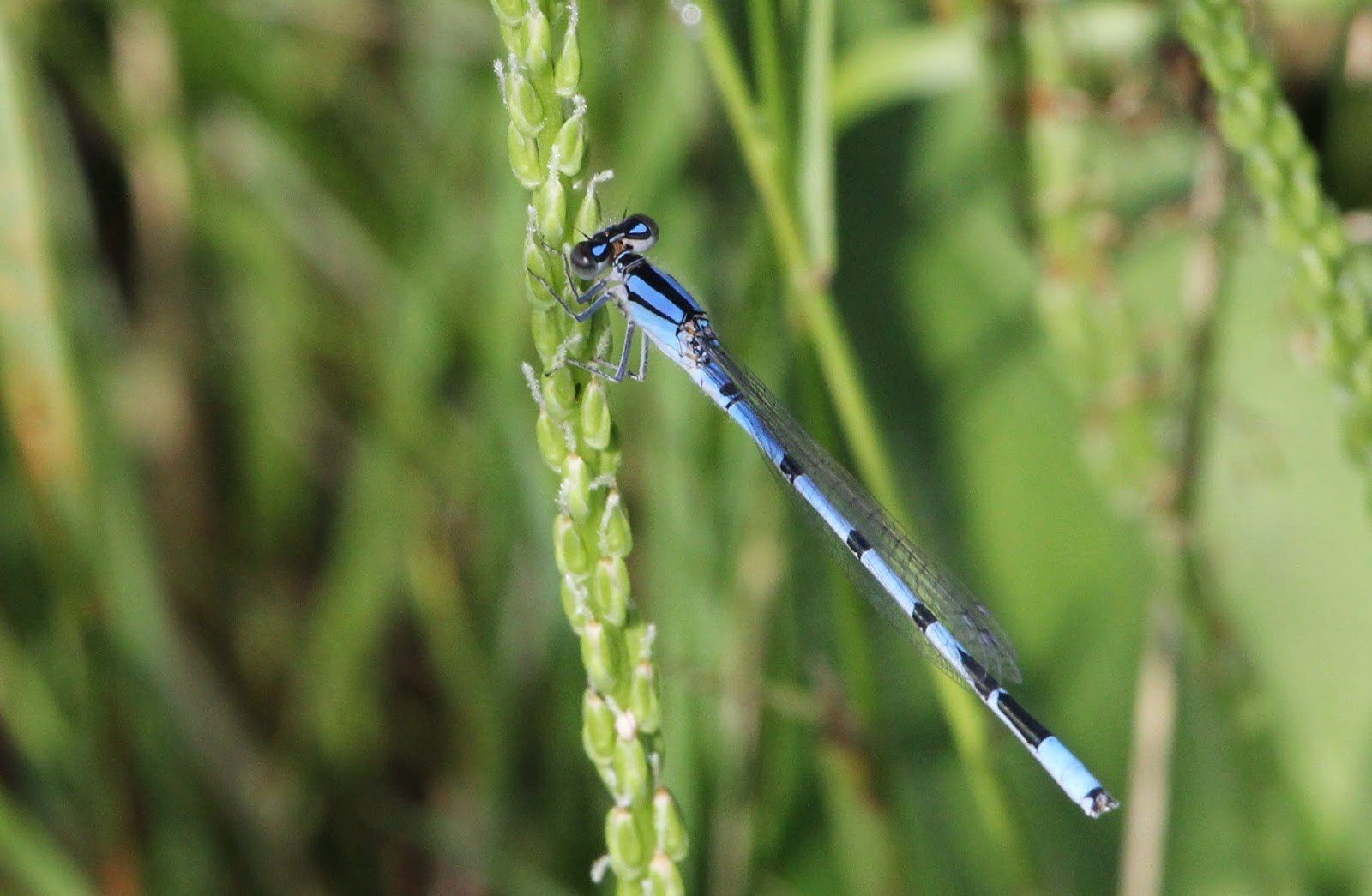 A regular stop is the overlook at Gate 39.  It's getting to be that time of the year when we can hope for a Black Tern to pass over. 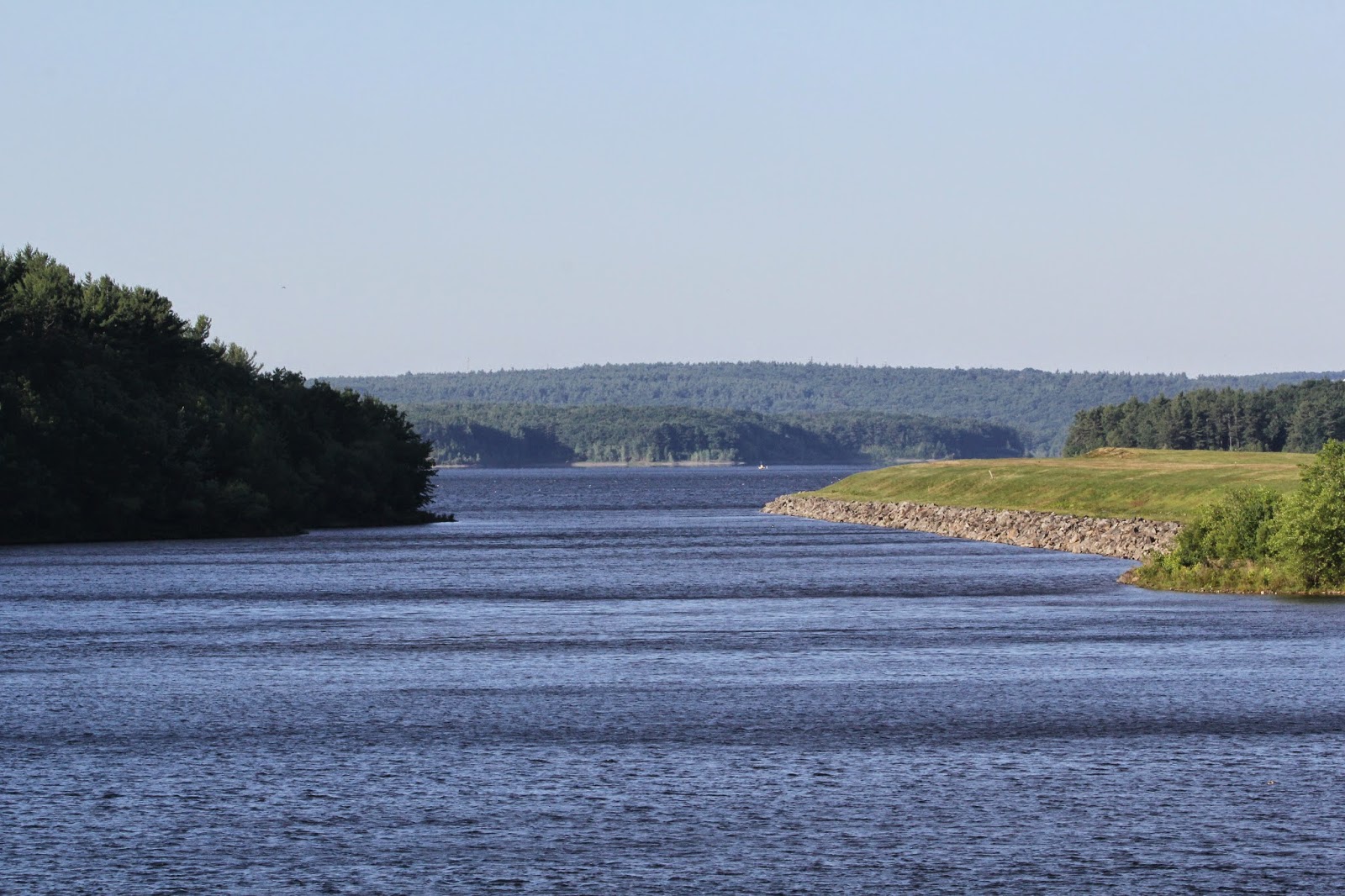 Just last week we had this nice American Cooper moving through.... 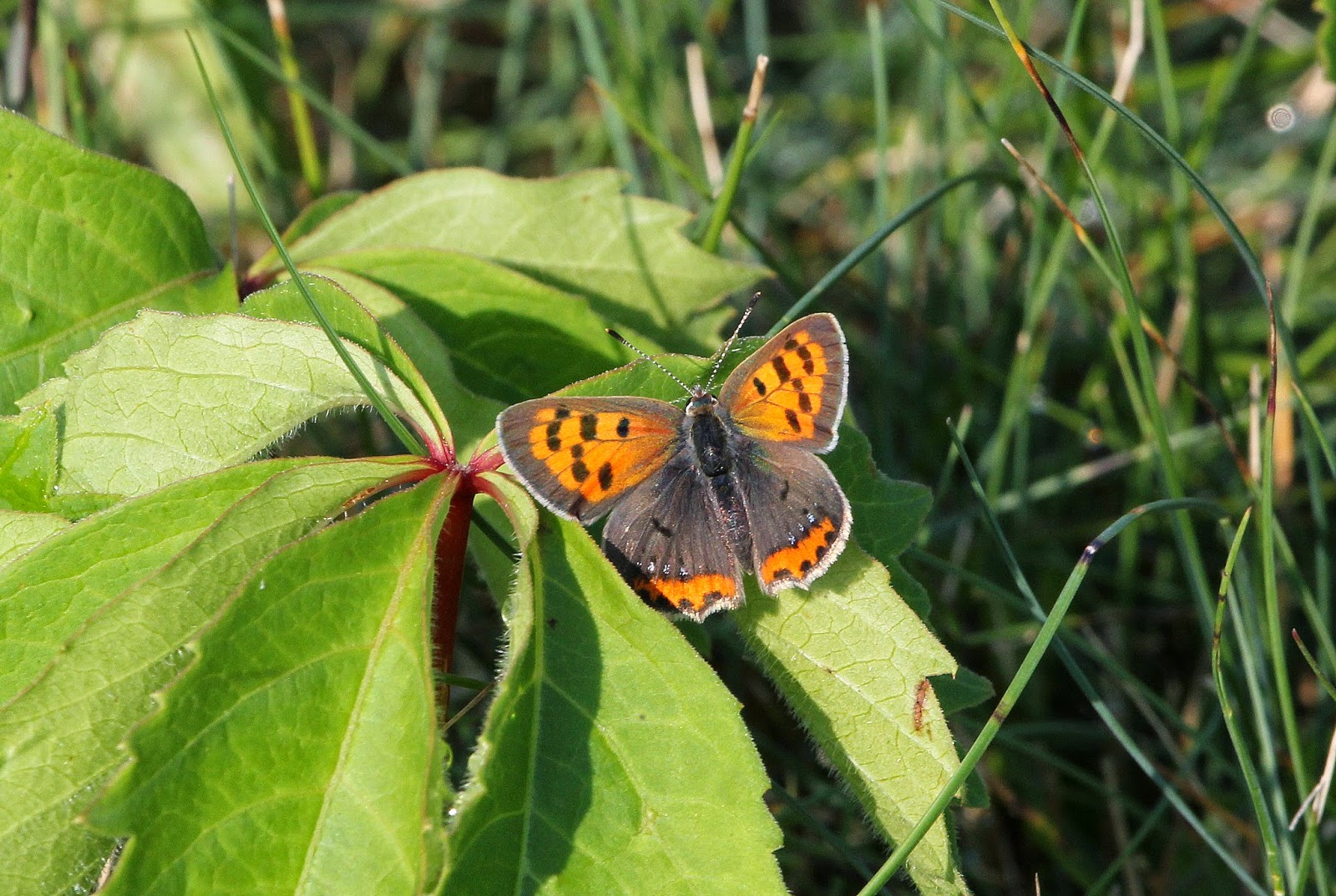 ...and the Calico Pennants are out in full force.  This is a brightly-colored male from this morning. 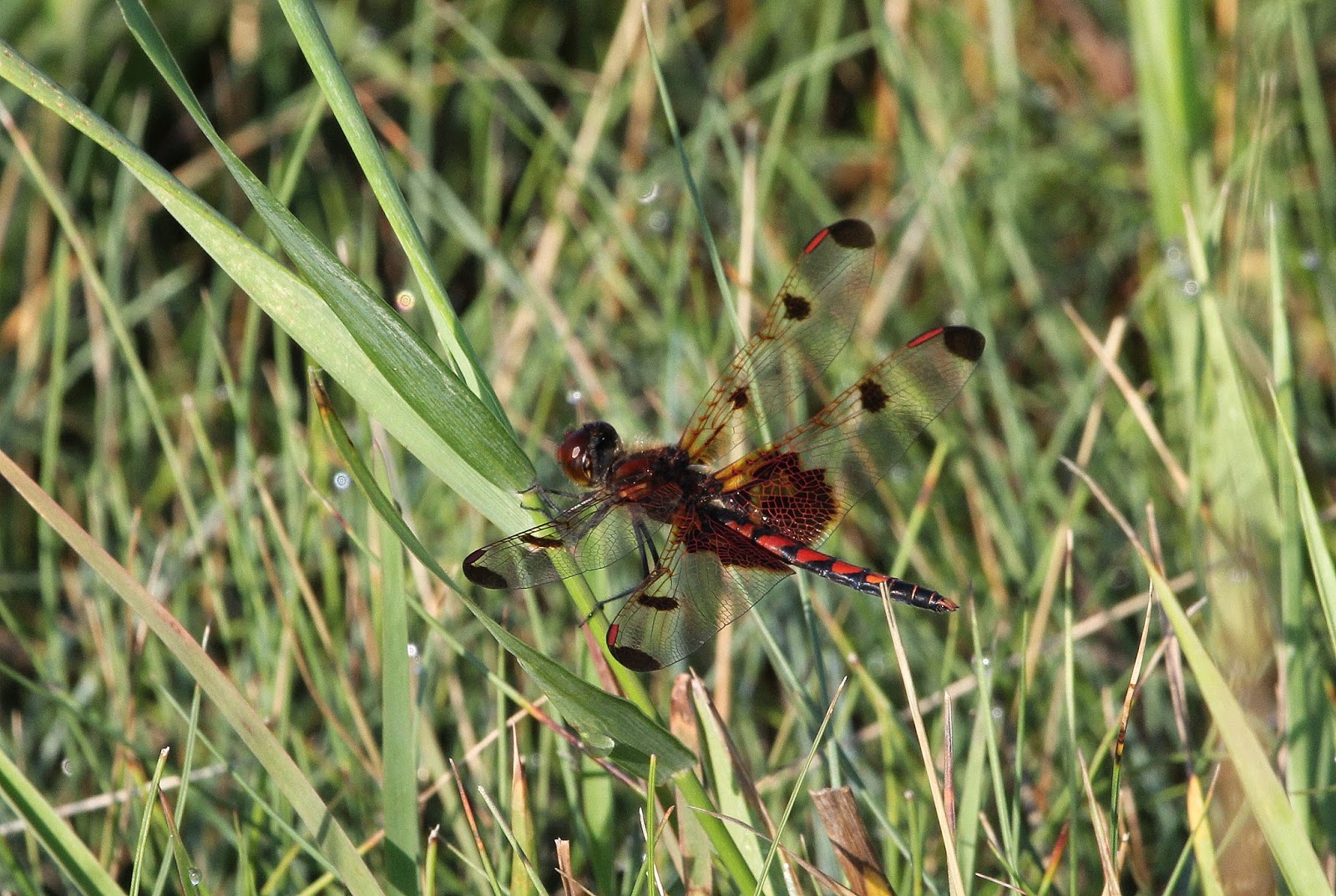 And it's always nice to catch a dragonfly in flights.  Finally, this morning I got my first definitive photo of a Prince Baskettail!  Very exciting....although we've seen them a number of other places, this was my first non-blurry photo.  It seems these guys never seem to put down...or at least not when we're there. 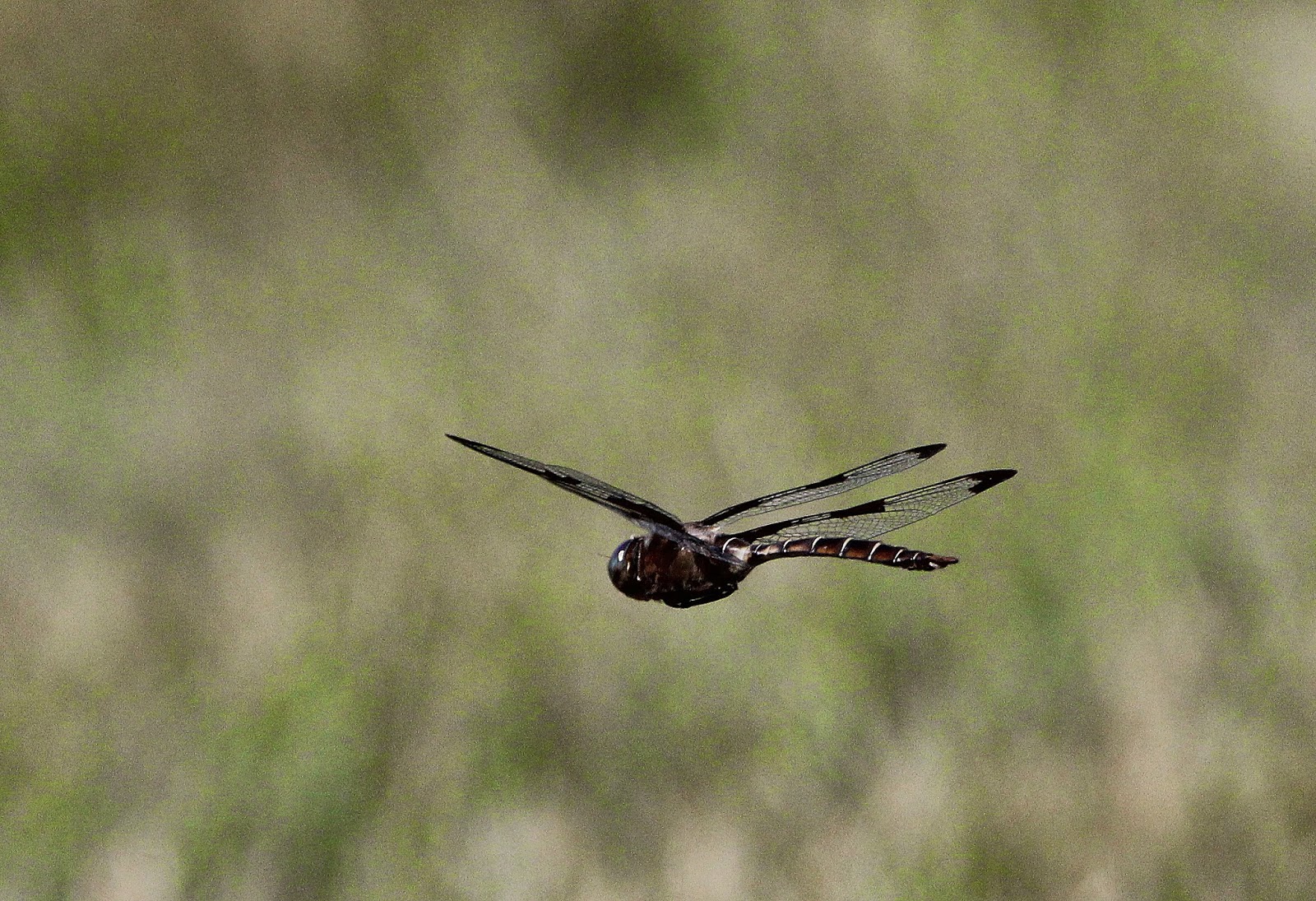 Mark did his usual walk out to Scar Hill bluffs where he had a couple of more loons, and I stayed in the cemetery and got some nice shots of this male American Goldfinch. 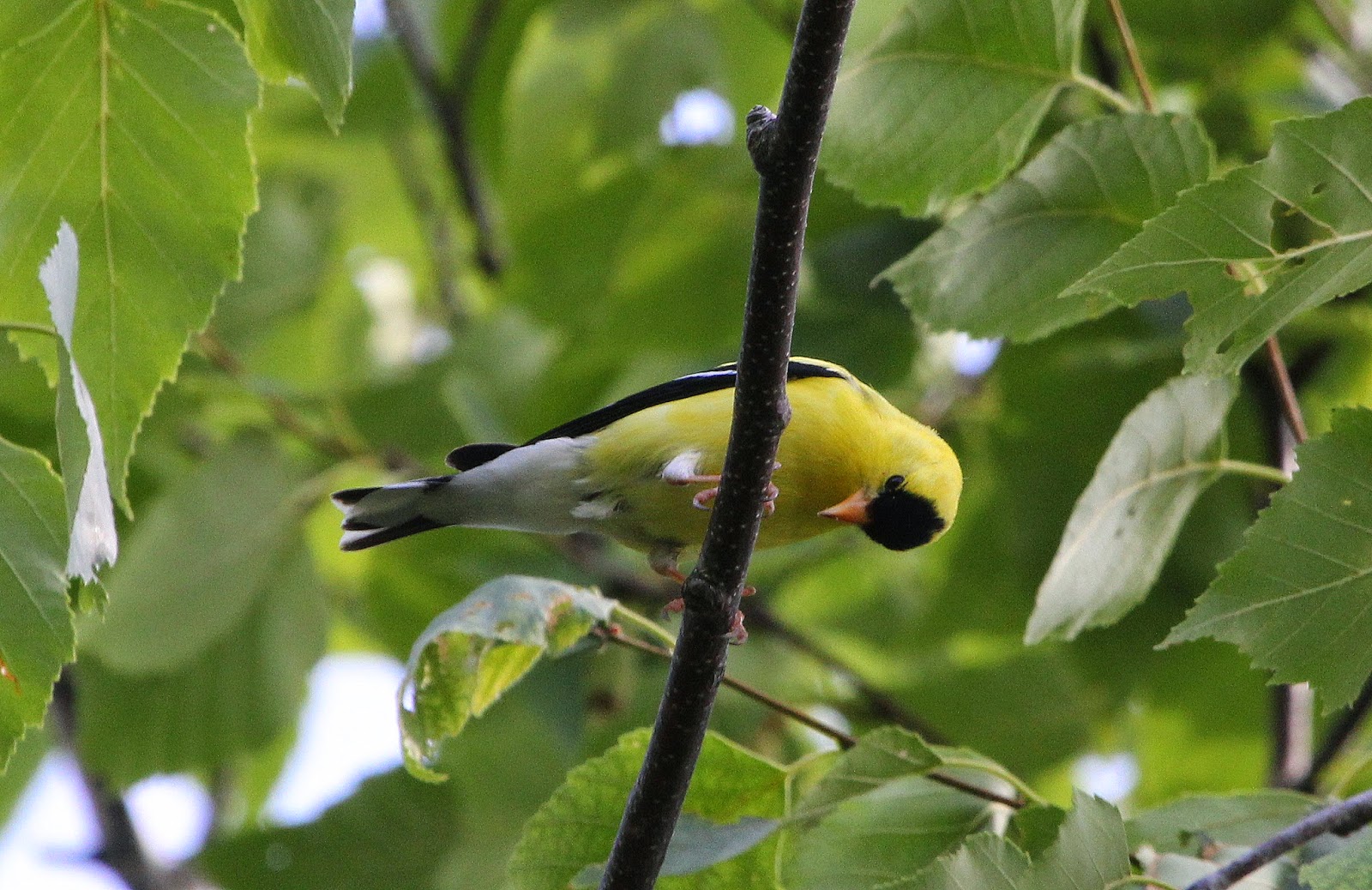 If you only have a little bit of time and are looking for some nice stops along the Wachusett Reservoir, maybe this will give you some incentive to get out and enjoy summer....before it's gone.