Fall comes to the Berks

Today we headed out to Windsor to take some photos of the habitat around the Moran WMA, since we are planning a class trip there in a few weeks as part of Mark's class on IBA's (Important Bird Areas.) We certainly birded there earlier this year, but I think my camera was in the repair shop, so we didn't have any location shots....that's now solved. 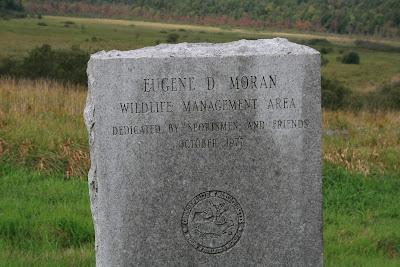 Even though we haven't hit the halfway mark in September yet, it certainly looked like an early fall morning when we got there, especially with so many of the swamp maples already turning great colors. But did that mean we would have a fall migration day? 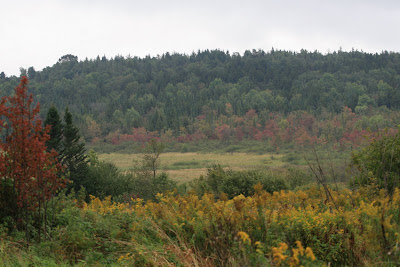 And we weren't disappointed. There were numbers of warblers and vireos moving through all the areas in Windsor we birded....yet thrushes seemed oddly absent. 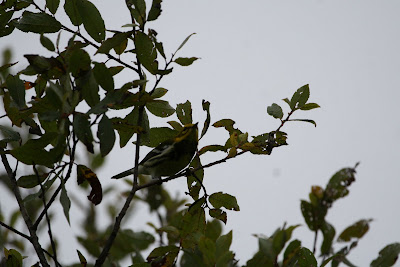 There were good numbers of Black-throated Greens, as well as Magnolia and Common Yellowthroat on the path up to the top of the hill at Moran. We even had 2 Connecticut Warblers skulking through the heavy brush on either side of the road. Elsewhere in Windsor we came across little pockets of migrants, including Parula, Tennessee, BT Blue, BT Green, Mags plus others I'm sure I'm forgetting. I know Mark will have put down a thorough list on MassBird so you can always check that out. 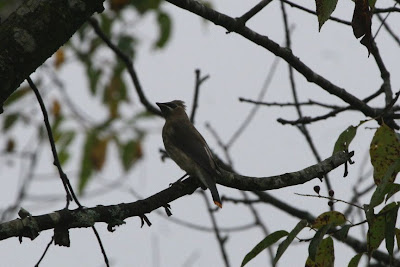 One of the most numerous birds throughout the area was the Cedar Waxwing. We had more immature birds than adults, so it was hard to figure out if they were migrating or just family groups gathering around the various fruiting trees. 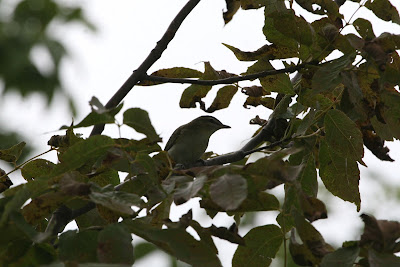 There were also numbers of vireos at almost every stop we made -- Red-eyes and Blue-headed were predominant, but we also had a number of Philadelphia Vireos and even a Warbling Vireo. 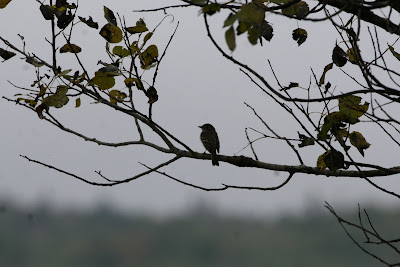 This empidonax flycatcher proved challenging for me to id -- it stayed far enough away or with his back to me or in bad light; hence I wasn't confidant calling it. There were both Yellow-bellied Flycatchers and "yellowish" Least Flycatchers in the area.....and no one was calling! So if anyone out there can confirm an ID from the photo let me know and I'll correct this post! 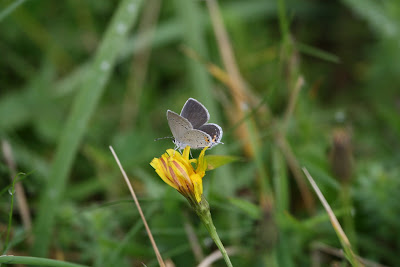 On the other hand, I didn't have any trouble with the id of this Eastern-tailed Blue. She was totally cooperative and allowed me to get both upperwing and underwing photos (and this one which shows a little of both.) 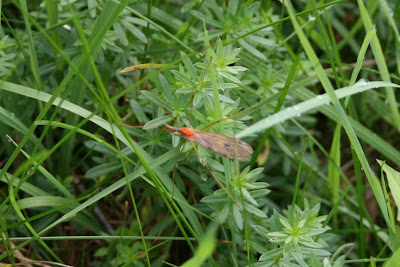 However, this fellow is unidentified right now for me. I'm not normally enthralled with "bugs", but the color on this one was so striking, I wanted to see if I could get a shot and then come home and id it. Again, HELP from anyone would be greatly appreciated (like Gail up in Canada.) I've tried some preliminary on-line insect guides, but so far no luck. 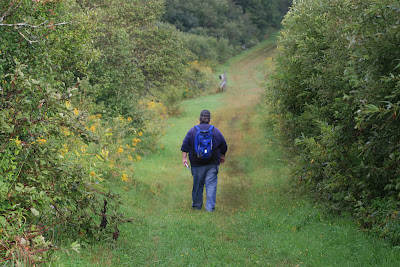 It was a really nice morning out in the Windsor area, just hiking around amongst the New England asters, the goldenrod and the beginnings of fall foliage to come.
Posted by Sheila Carroll at 4:16 PM