Since it was raining when we got up Sunday morning, we decided to take our time before going out to check for birds in the mist....so we started with a hearty diner breakfast. Worcester has a lot of great diners (not like New Jersey, but still good) and this one behind Union Station never disappoints. The Kenmore Diner been around forever but has a new facelift since it was damaged in that horrible fire in a vacant building several years back that killed a number of firefighters. 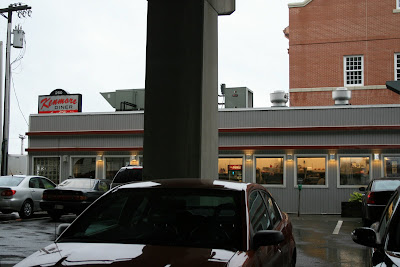 After french toast and Greek omelettes we headed down to check out shorebirds in the RI section of the Blackstone Corridor...but the peregrin falcon at the reservior in No. Smithfield put an end to that quest. So we headed back to Worcester to see if anything was happening at Wachusett Res. Plus I needed to take some location shots for Mark's birding class. I'm always a sucker for the Old Stone Church right over the causeway in West Boylston. 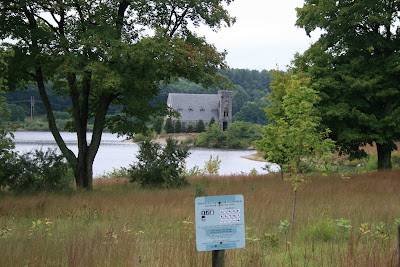 The real highlight of the day (like I said it was a slow day) was this newly-hatched snapping turtle that we found trying to make it's way across two very large overgrown fields to some water. We couldn't actually see the water so we took him to a secluded marshy part of the reservoir near River Rd. and watched him make a beeline for the water. Now at least he has a chance if he can stay out of harm's way til he's a little bigger. 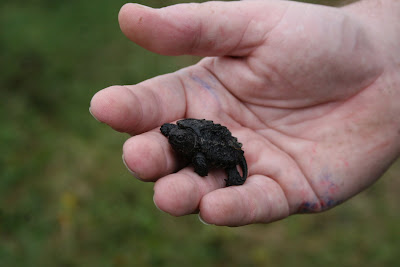 If he's lucky she/he will grow up to be as big as this female we found a few months ago when she was out looking for a place to lay her eggs! 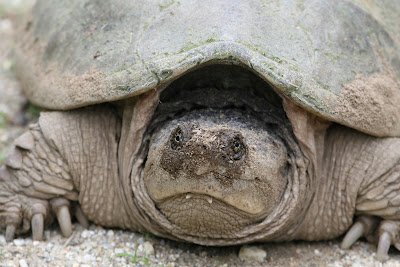 Posted by Sheila Carroll at 9:19 PM