Sunday morning we decided to drive down to Warwick, RI to see the Tufted Duck that was putting in an appearance at Apponaug Cove. We had never been there before but we thought we would check out the cove and then meander back to Providence by checking spots along the west side Narrangansett Bay up along the Providence River and into the corridor. 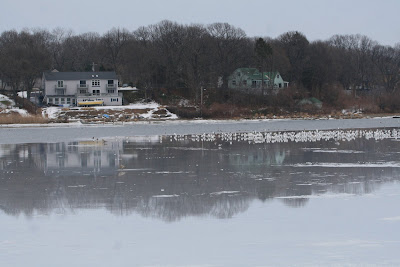 When we pulled up to the lower part of the cove, we immediately spotted a group of scaup along the edge out behind Ray's Bait Shop. Even at a distance the Tufted Duck was fairly easy to spot with the white sides and gleaming black back. 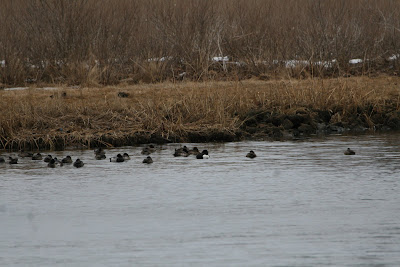 There was a dock that allowed a little closer approach, but the birds were still all tucked in and it was hard to get good looks (except through the scope). So after taking umpteen photos, I was able to find a handful where you could actually see the tuft. 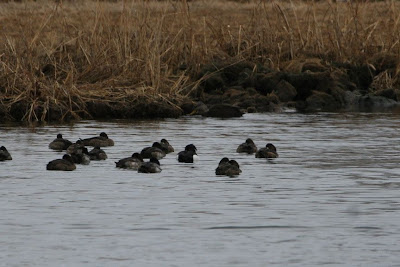 Even though the bird never untucked his bill, there was a slight breeze and every once in a while the wind would blow the tuft around enough so I could get a discerning photo. After studying the bird for about 15-20 minutes we moved further down the cove in search of the Redheads that were reported. 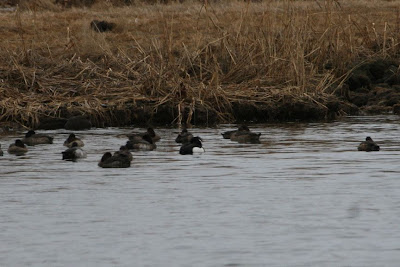 There was a marina there and there were lots of Hooded Mergs and Coot in the area as well. 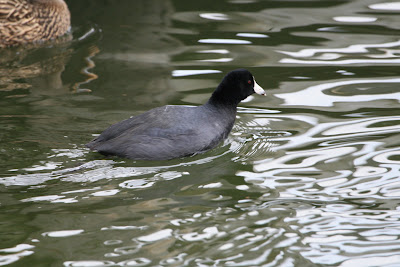 Some of the Coot actually came quite close as they darted in and among the pilings. 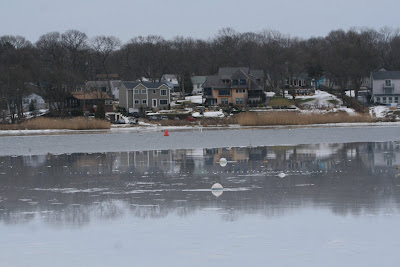 On the far side of the cove we found another large group of scaup and with them with what looked like another Tufted Duck. After studying it for quite a while at a distance we determined that it was actually a hybrid Tufted x Scaup, since the tuft was this short and stubby thing and the back was flecked with more gray than solid black. Take a look in Sibley's and you'll see what I mean. We decide to try to drive around on the other side of the cove in and among the houses to see if we could get a better look....and also to try to get some shots of the Redheads that were interspersed in the various scaup flocks. 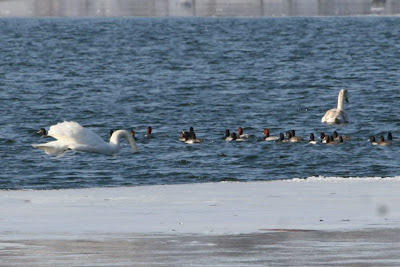 While still somewhat distant if you enlarge the photo by clicking on it you'll see a number of Redheads throughout this flock. We did get additional looks at the hybrid, but I wasn't to get a photo.

We started to head back up to Providence, through Cranston, and checked out a couple of places where we had found Widgeon in previous years. 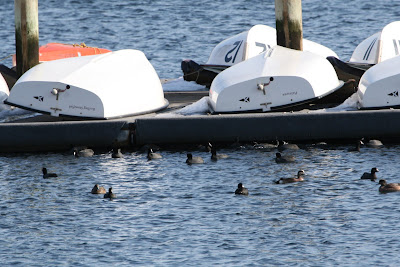 At the end of Shaw Road, of 117A (Broad St. in Cranston) we found a large flock of Coot and an even larger flock of American Widgeon right off the Edgewood Yacht Club. We looked for Eurasian Widgeon, but didn't find any. 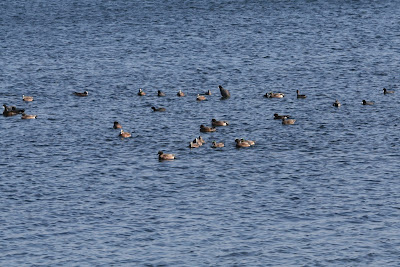 We spent some time admiring the birds in their spring plumage and then headed back into the corridor and checked out both Bold Point and Swan Point Cemetery in Providence. 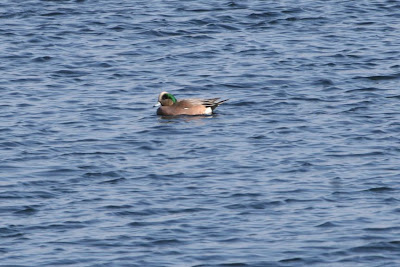 Since neither place seemed to have much (there was another large flock of Scaup off the north end of Swan Point almost to Pawtucket) we decided to head back to Worcester and call it a short day. With a high temperature of 56 down in Warwick, even Mark started to get spring fever!
Enjoy....Sheila
Posted by Sheila Carroll at 4:59 AM