Last Saturday we had a great morning trip to south Quabbin to see if there were any unusual ducks putting in yet. It seems we've missed the larger scoter flocks this year. We actually started in Rutland State Park listening for Saw-whet Owls and were successful in hearing 2 or 3 different birds along the roads before dawn. 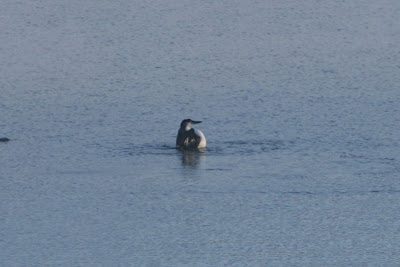 When we got to the area in front of the Administration Building there were several Common Loons in and out of the mist. There were fish almost jumping out of the water and the loons all seemed to be enjoying a robust breakfast. 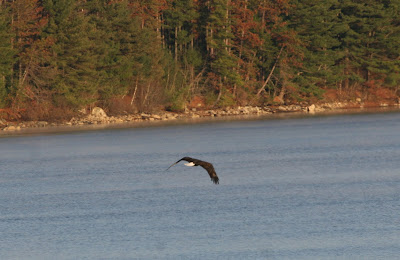 We were fortunate to be looking in the right direction when the "local" adult Bald Eagle decided to go fishing himself. Luckily for the loon there were so many fish in the area the eagle didn't didn't even bother with the loon...probably too much work to swim back to shore with a loon for breakfast. Unfortunately for the eagle he made a couple of dives and came up empty-handed before flying off to the north looking for better spots. 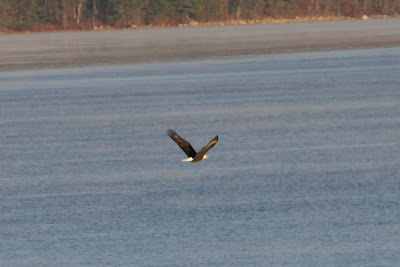 Robins were everywhere in south Quabbin and there's lots of food for them, so it will be interesting to see how many hang around this year for the various Christmas counts. (It's hard to believe that our first count is just over a month away!) 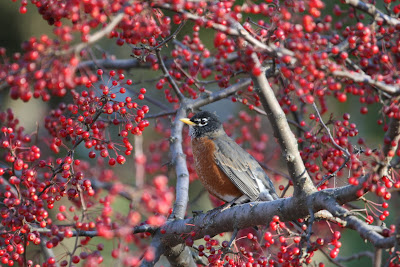 Clearly Juncos were on the move, as were White-throated Sparrows, but we only had a handful of Yellow-rumps flying over. 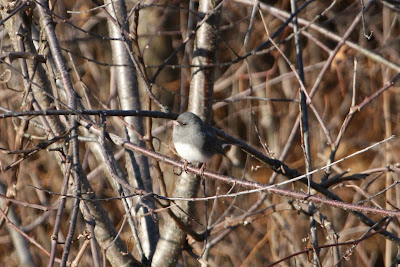 So we were left with the beginnings of the "winter flocks" of chickadees, nuthatches and Brown Creeper. We also had Golden-crowned Kinglets in fairly good numbers. 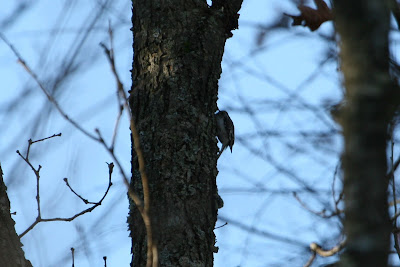 Even though it was a beautiful morning, we didn't have much in the way of raptors at all from the Enfield Lookout. We kept wondering if the weather was too nice. 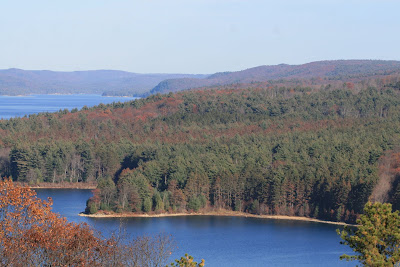 A quick stop at the blueberry patch didn't add much either. There was a small flock of Bluebirds in the trees..... 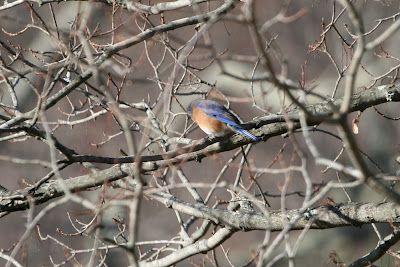 and a very feisty Red Squirrel yelled at us constantly. 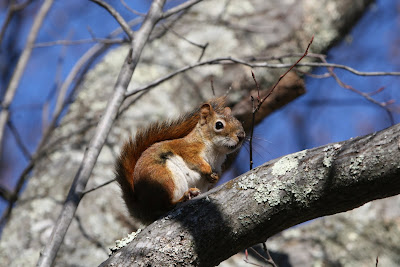 Down near the Goodnough Dike we had a pair of calling Pileated Woodpeckers working the trees to the west of the reservoir. 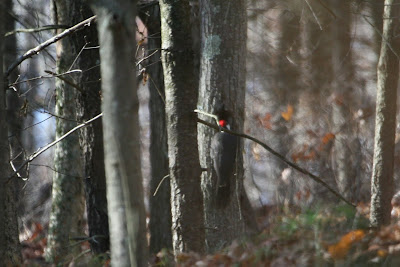 But Mark wanted to go back to the Administration Building and check for unusual gulls. We had 1 or 2 young Bonapartes quite a ways off first thing in the morning and we wanted to see if they stayed around. We checked the Fish Hatchery which produced one sub-adult Bald Eagle flying over. But it seems that the Killdeer that usually linger have moved on.

I've learned over the years to trust Mark's intuition, because when we got back to the Administration Building, one of the young Bonaparte's was flying around catching fish right in front of us. 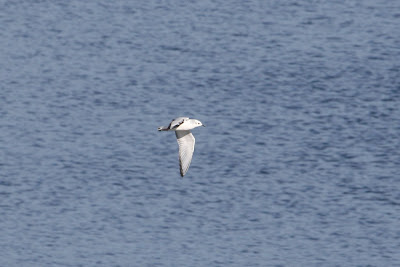 Since these things move around so fast, I was happy to be able to study some of the shots when we got home and really see the field marks...a nice first winter bird. 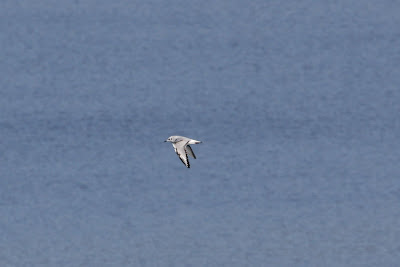 As we headed back to Worcester through the Brookfields, we stopped a couple of places to look for geese in the fields and for ducks at Quabog -- nothing much going on; although we had our first Goldeneye of the season at Quabog.

Much to Mark's chagrin, I can't seem to pass that miniature horse farm without stopping to take at least a few shots. While he considers them "mutants", I definitely have a soft spot for these little guys....even bundled up in their winter coats. It sorta makes them look that much more cuddly! 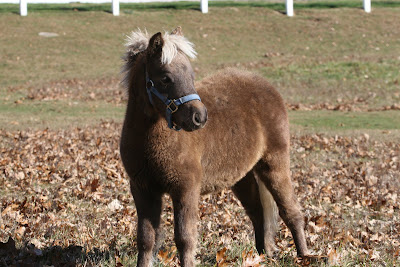