Visited the Sheffield and New Marlborough areas on the beautiful, warm Sunday two weekends ago. Even though we've been out to Stockbridge and Tyringham a bunch of times this fall, we haven't quite made it down to Sheffield so this seemed like a good idea. 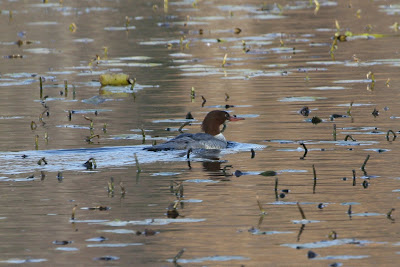 We made a beeline directly for Mill Pond in South Egrement right at the junction of Rts. 23 and 41. And while the lack of waterfowl was decidedly disappointing, we were surprise to have several Red-winged Blackbirds singing on territory like it was early March rather than early November. 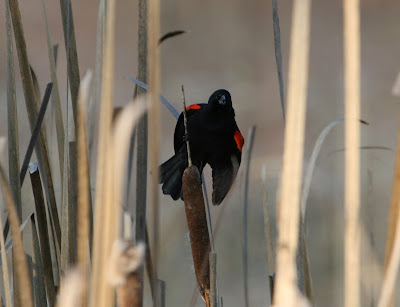 Since not much was going on we went to Sheffield hoping to at least find geese along the river or in the corn fields along Rt. 7 near the covered bridge. This is usually a good spot in winter to find a few unusual ducks among the flocks of Canada's. 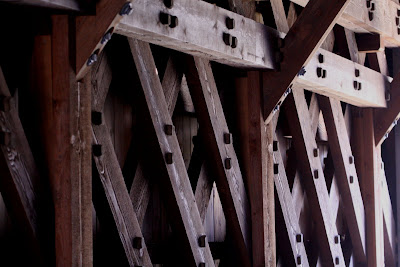 As we crossed the covered bridge and stepped out into the early morning sunshine, it was hard to imagine this place covered in snow. 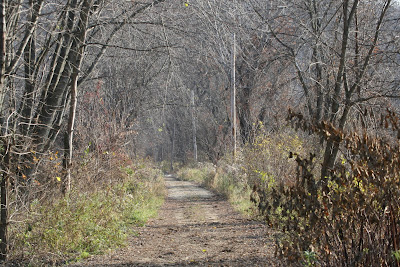 Not sure whether the weather was just too nice, but this place, too, was pretty devoid of waterfowl. 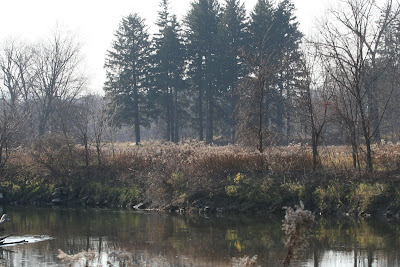 We did have a Woolly Bear caterpiller crossing the covered bridge and it was hard to think a bad winter was coming when the temps were pushing 60 and the sun was shining. 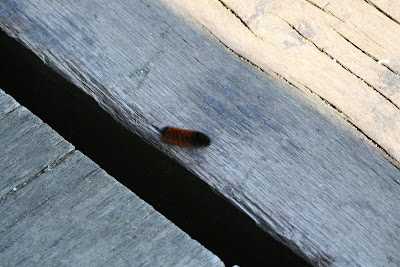 Since birds seemed strangely missing from this section of the state, I found myself photographing whatever else seemed to be around -- like this pair of military helicopters flying incredibly low over the corn fields. We thought they might be looking for something, but they were just doing maneuvers. 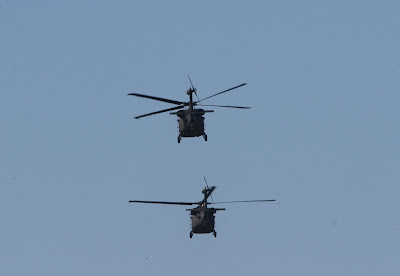 After years of going to this area, we finally stopped and looked at the statue of the newsboy in North Egrement. 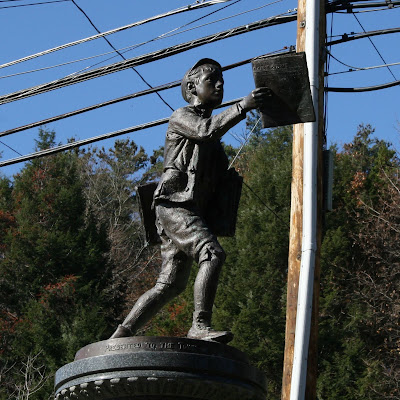 In addition to being the oldest monument to newsboys, it was actually a fountain and on the four sides there was a carving of a dog, a lion..... 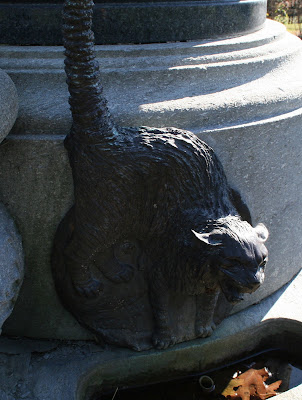 a hissing cat (what is it about the southern Berks and their hissing cat fountains?) and a satyr! 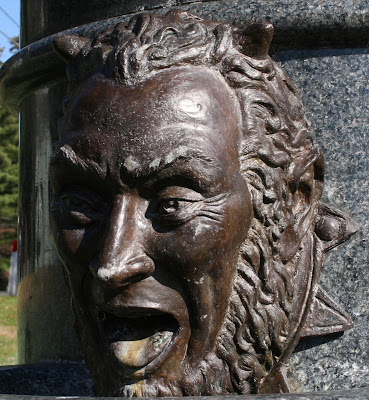 And while a dog might be tempted to drink from this fountain, I doubt that many lions or satyrs are frequenting the place -- or hissing cats for that matter. 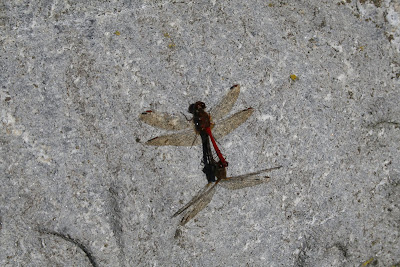 Although we did have a mating pair of Ruby Meadowhawks landing on the warm stones around the fountain and a young Red-tailed Hawk calling for a nearby evergreen. 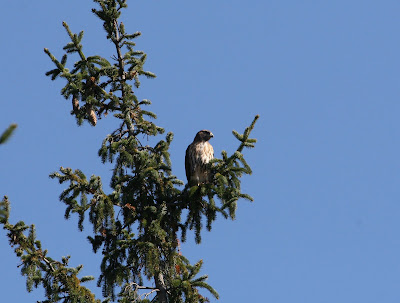 Since there wasn't much happening with birds in the area, though, we decided to head off to New Marlborough and check out the ponds for waterfowl there. 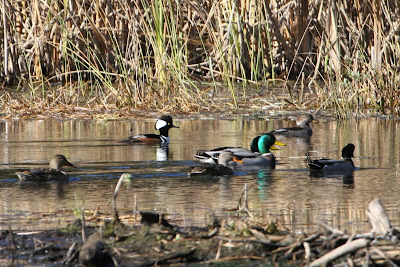 We had better luck finding some species of ducks......with Hooded Mergs in a number of spots. 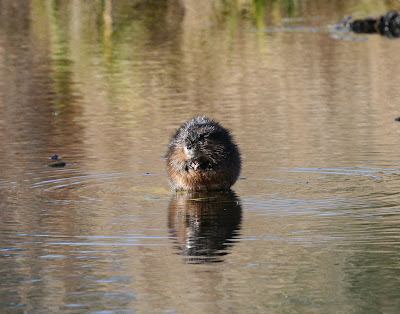 And it seemed that this muskrat was totally oblivious to our presence. We watched this little guy for almost 10 minutes, before he even realized we were there and took a dive into some nearly vegetation.

As we headed back up to the Mass Pike in Lee we took a small detour through the magical Tyringham valley to see if there were any unusual sparrows or waterfowl there. As we approached the the junction of Meadow Street and Fernside Road we spotted a black and white bird perched out in the field at the top of a tree..... 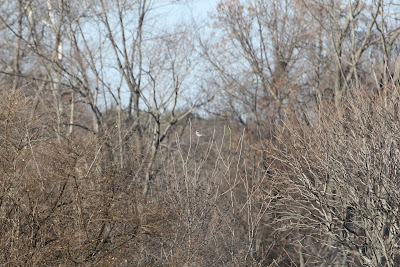 We pulled over and spent the next 15 minutes watching an adult Northern Shrike hunting the field and flying from perch to perch. We didn't see it catch any birds; however, it appeared to catch several large grasshoppers. 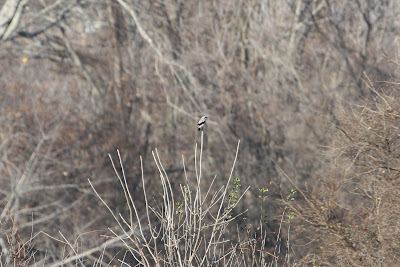 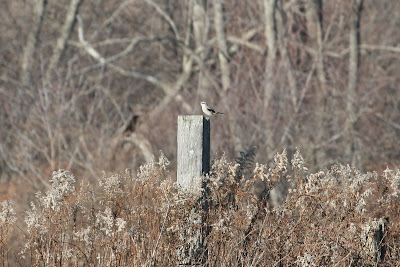 I remember when I first started birding I would be at Bolton Flats and see a mockingbird fly up and think "oh, is that a shrike?" And even though I made that mistake so many times, I've never seen a shrike and asked "is that a mockingbird?" 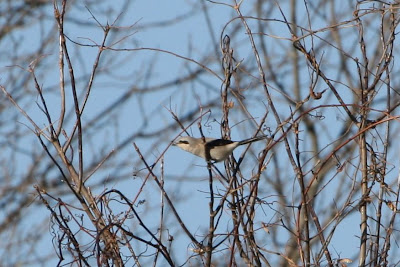 A perfect way to end a delightful day in the field!