For those of you who were wondering whether we even birded in March since I wasn't blogging very much, we were. It's just that if I did post from my other March trips, you would see lots of cloudy, rainy weather. And, frankly, I'm so sick of rain I couldn't bear to even think about uploading those photos to a blog. 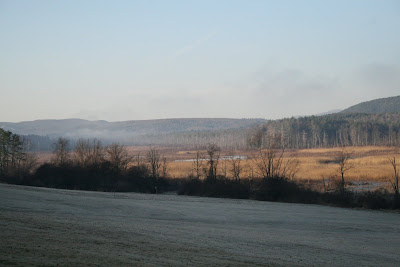 So here's the only sunny trip we had ~ and it was a good one. Kevin & Rebecca Bourinot, Mark & I travelled to the southern Berkshires to see if spring was happening. Particularly we were in search of Black Vulture, since this was a state bird for both Rebecca & Kevin. 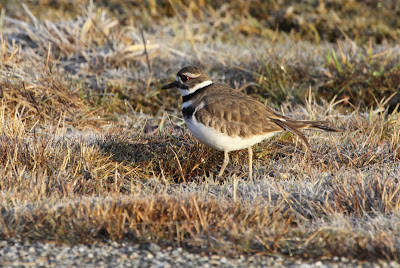 We were delighted to find a pair of Killdeer on territory in one of the industrial parks, and a beautiful male Ring-necked Pheasant. The question is whether or not the pheasant is a released bird who survived the hunting season or a legitimate wild bird (which is pretty unlikely in the state these days.) 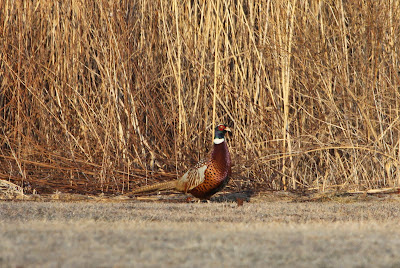 We found several Great Blue Heron nests in full swing when we checked one of the rookeries in Stockbridge. 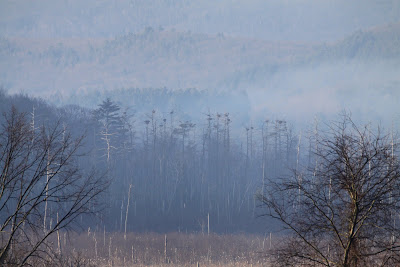 And while we didn't have any early rails in the marsh, we did have lots of activity in the streams, including these Red-spotted Newts.... 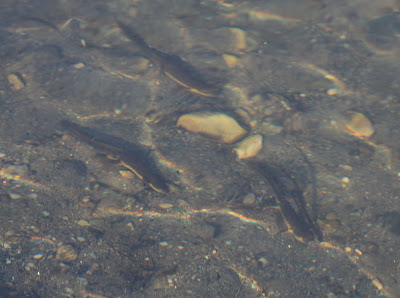 many of which were feeding on what appeared to be a die-off of Isopods in the stream. 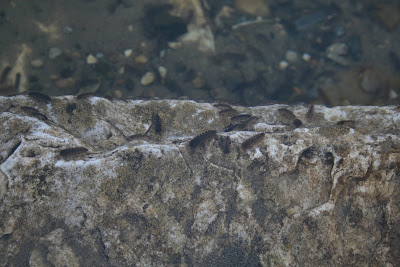 Some of the concentrations were huge, literally large dark masses on the bottom of the stream, but many were moving around feeding as well. After trying to capture some in a cup for a close-up look, we were soon brought back to birding when we heard a Northern Shrike calling! 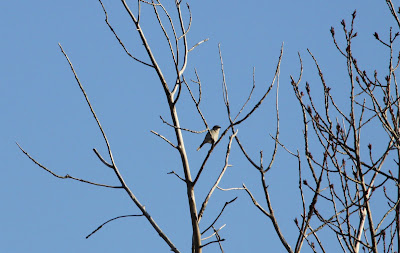 Not only calling, but SINGING as well! This is not something I'm terribly familiar with and I was struck by how much it sounded like a mimic. It was more subdued, almost like it was whispering, but it had that definite mimic quality ~ not as blatant as a Mockingbird or Brown Thrasher but like a quiet version. We watched the bird (including in the scope) for about 10 minutes, before he dove in some nearby bushed looking for a quick breakfast. 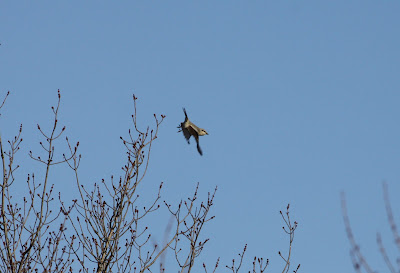 It acted so much like a territorial bird, it'll be interesting to see if he's anywhere in the area next time we go out west. Most likely he just had spring fever like the rest of us.

After having such an auspicious start to the day, we quickly headed south to Sheffield in search of the target bird of the day ~ Black Vulture. Now a few weeks earlier when we were out here, we had 30+ BV's and not one single Turkey Vulture. So when we got to the pull-off south of Bartholemew's Cobble we saw lots of vultures going up -- but they were predominantly Turkey Vultures. We did spot a group of BV's and decided to head to our usual spot through Ashley Village to the CT border to see if there was any activity near "the gut pile". 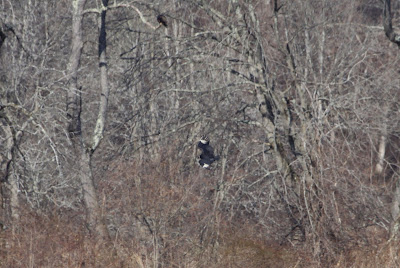 Sure enough within seconds of pulling up we spotted several BV's flying in.... 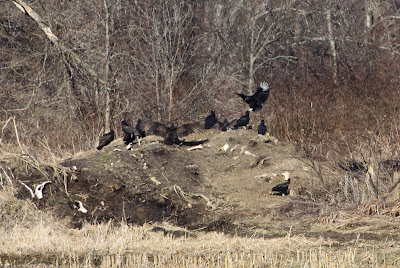 and landing with TV's on the old gut pile. 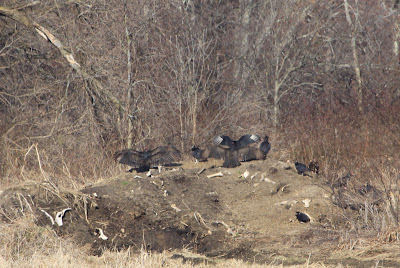 There was lots of jockeying for position on the pile and it was a great chance to study the two species side-by-side. In the perfect morning light you could really see how brown the TV's are compared to the really black on the Black Vultures. And all the other fields marks were evident -- the almost white legs, the wing "spots" versus "linings", head color, etc. I got lots of shots and could bore you to death, but really how many views of a gut pile do you want?

We spent lots of time checking all around the southern Berks, visiting blocks we had done last year for the Breeding Bird Atlas, checking new ones for this year, and overall noting the progress of spring in the southwest corner of our state. We noted other signs of spring as well, including this little posse of Nubian Goats. I thought Rebecca and Mark were going to jump out of the car and try to grab one and take it home. (And I get chastised for my obsession with miniature horses - ha!) 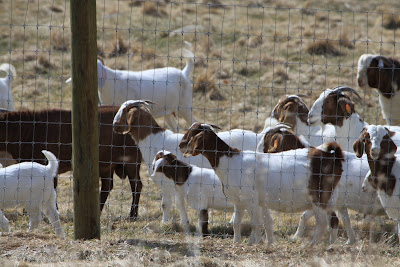 We had lots of great signs of spring, singing Mockingbird (which isn't always easy to come by for us in the Berkshires) 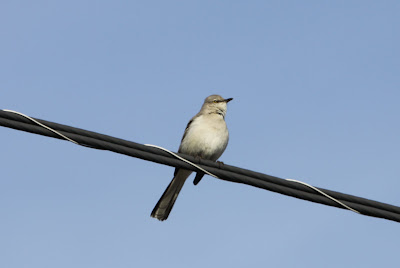 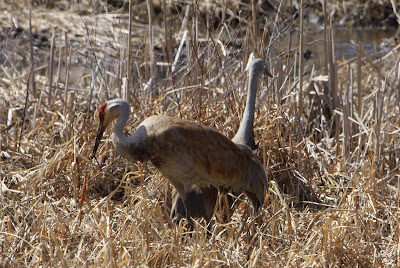 Obviously due to the sensitive nature of this breeding bird, I really can't give out the location, but I did want to share some of the photos. With yearly sightings of these birds in the Brookfields and north Quabbin area, I know it's just a matter of time until we have these birds breeding in Central MA. 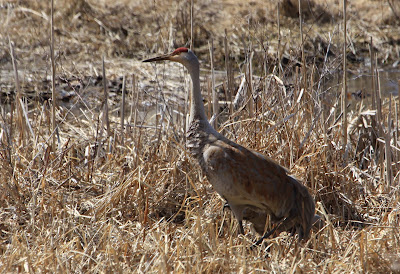 As usual for me any trip to the southern Berkshires is always fun. I think if I were to move anywhere in MA it would likely be to this area....although I'm not sure how I'd feel being so far away from the ocean.

All in all Rebecca & Kevin enjoyed their "introduction" to the area and were successful not only with their target bird, but a lot of other great spring sightings. A great day with fun people and good birds....and sunshine. So what more could you ask for?

Enjoy....Sheila
Posted by Sheila Carroll at 4:47 AM