Eight of us enjoyed a nice early fall morning at Quabbin Park with the first trip of Mark's birding class. This semester's class is focusing on migration in the IBA's (Important Bird Areas). IBA's are designated areas that were nominated several years ago based on certain criteria established. If you want to find more information, here's a link at Mass Audubon http://www.massaudubon.org/Birds_and_Birding/IBA_new/ 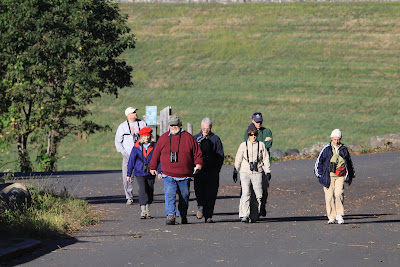 At Winsor Dam we had a couple of great looks at Bald Eagle, but the hope was to catch some migration (since that is the focus of the class!) Both White-breasted and Red-breasted Nuthatches were around. In fact, this year seems to be shaping up as a good year for RB Nuts -- we've had them everywhere this fall. Although the ability to get a photo like this White-breasted continues to elude me. 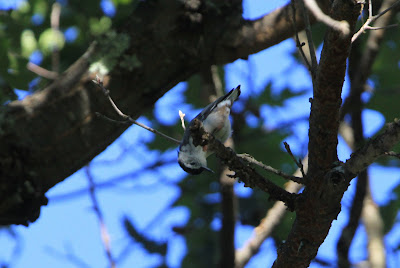 Prairie Warblers seemed to be in some numbers on this fine Saturday morning. We had our first group in the bushes near the Spillway. 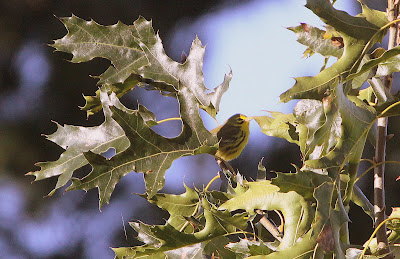 And at the Windsor Memorial (that little pull-off going up the hill) we were greeted by 4 species of vireos.... 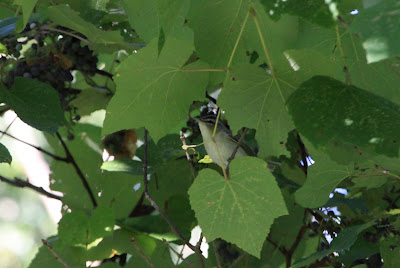 Red-eyed peeking out of the grape leaves. 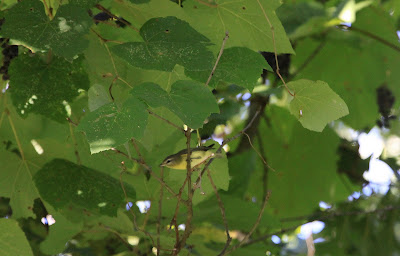 Philadelphia Vireo using the same grapes leaves....and we had both Warbling and Yellow-throated flitting through the trees as well. 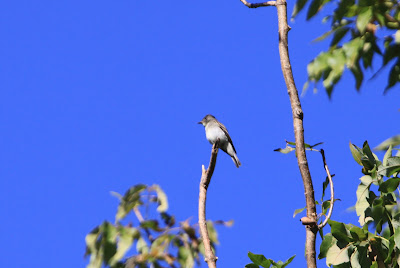 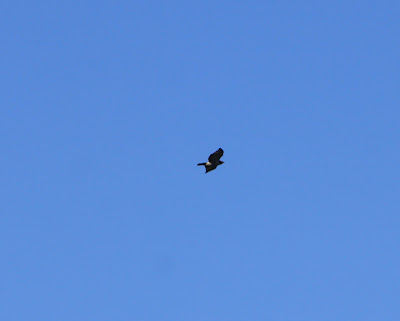 From the Enfield Lookout we had a smattering of hawks -- this Red-tailed Hawk is likely a resident since he kept reappearing while we were there. Unfortunately, with a totally clear blue sky, hawk watching is difficult so we moved on after about 30 minutes. 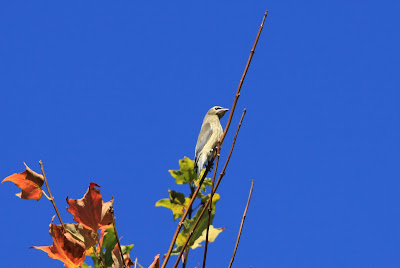 At the Blueberry Patch we found a family of Cedar Waxwings -- this young one was still being lured by an adult bird with a berry in it's mouth, but appeared unwilling to go off and eat on his own. 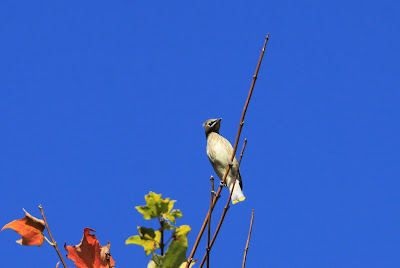 We watched and waited, hoping to find "feeding young" behavior for the Breeding Bird Atlas, but alas the parent flew off with the berry still in mouth and young bird in tow. 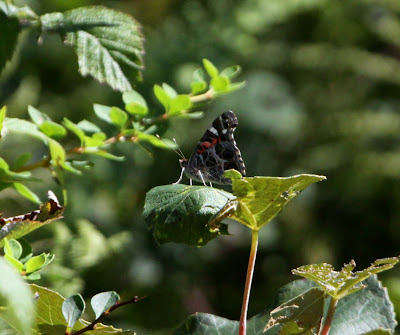 At the powerlines between Goodnough Dike and Rt. 9 we had this American Lady trying to catch some morning sun before heading out. 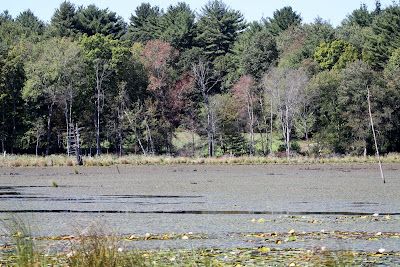 After coming out of the easternmost entrance on Rt. 9 we headed back to the Administration Building to pick up cars and stopped along the marsh hoping for fall marsh birds. 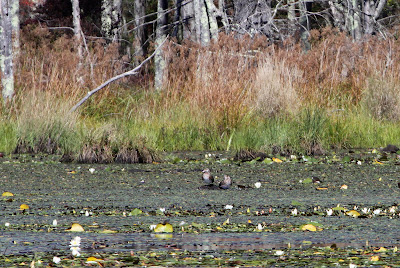 We had a good number of Wood Ducks and a Kingfisher, but no Solitary Sandpiper or Green Heron...oh well. 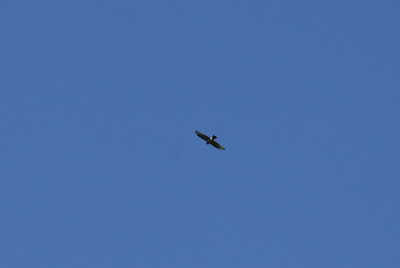 We made a quick stop at the Fish Hatchery and caught a Sharp-shinned Hawk going up in a thermal. And of course the Killdeer which seem to enjoy this area as they stage for migration. We had only about 15 or 16 birds....but sometimes we can get up to 50-60 so hopefully there's still more to come. 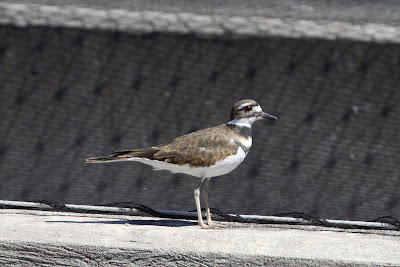 This is a great area to get close looks at these guys, although sometimes they are skitterish and fly off. This time I was lucky enough to get the bird just as he was taking off so I could get a good look at the rump color and wing pattern -- I'm not always this lucky. 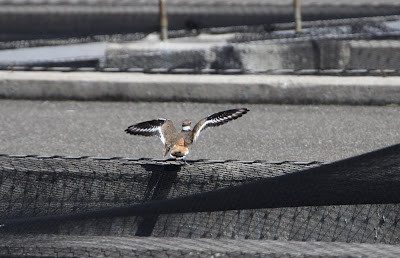 We ended our morning-only trip just about noon back where we started -- at the Winsor Dam near the Administration Building. Judging by the numbers of hikers, bike riders and families with strollers....we ended at just about the right time.
A few die-hard class members followed Mark and I up Rt. 202 to the pull-off north of New Salem to see if the clouds were better there and spent about another hour hawk watching.
All in all, a very enjoyable first class trip!
Enjoy.....Sheila
Posted by Sheila Carroll at 5:34 AM