For a few weeks in August we try to hit the fields along Rt. 56 in Leicester that overlook the Worcester Airport so that we can catch any Common Nighthawks that might be migrating. Sometimes you get good numbers (almost like hawk watching without the species diversity!) 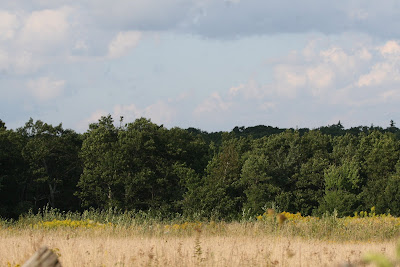 We try to get there around 5 and start scanning for nighthawks. Often there are other birds in the area to distract us. This year there has been a large flock of turkeys in the fields right in front of us. Many are still in family groups and the young ones are all different ages. Two weeks ago we had a group that we categorized as PY for the atlas....although Bart Kamp tells us they can fly a short distance very soon after birth. 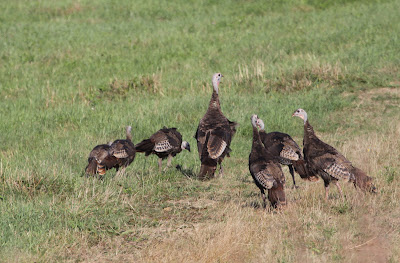 Some of the young birds can be quite feisty with one another.... 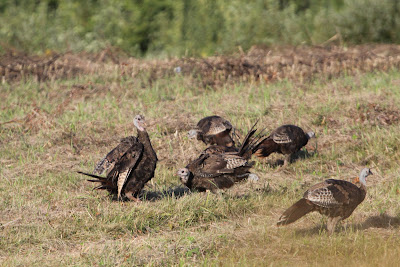 and they start a little trouble that everyone in the group flocks around to see. 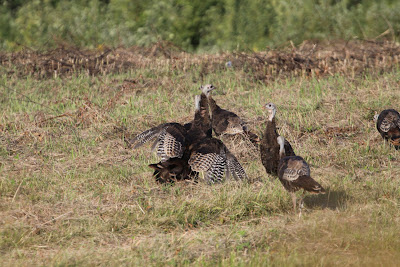 This bird wanted to check us out before attempting to cross Rt. 56. Both nights we were up there my heart was in my throat as the flock crossed this busy road. Luckily most drivers didn't want to have a turkey hit their windshield any more than I want to see it.....so on both nights all birds got across safely. 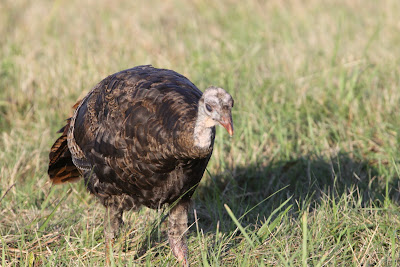 Besides the 3 species of falcons that we've had actually done on the runway, we also had this nice Northern Harrier hunting much closer. 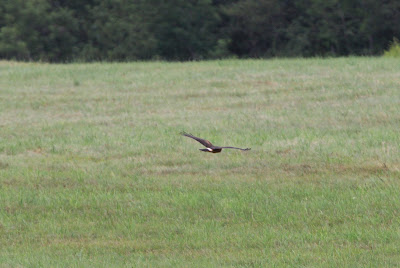 This is such a great area for these guys to hunt; very similar to how we see Short-eared Owls when they're in the area. Here's hoping that we get a flight of them later in the season. In the meantime I'll have to be content with this immature harrier. 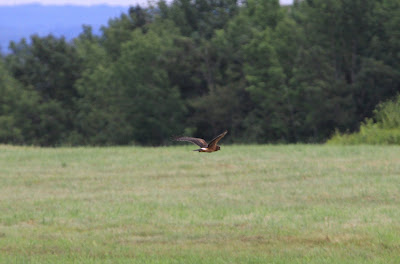 Once the nighthawks start to appear, they can come from any direction....sometimes close by and sometimes quite far out. It can be really difficult when you have a blue sky and no clouds against which to see the birds. 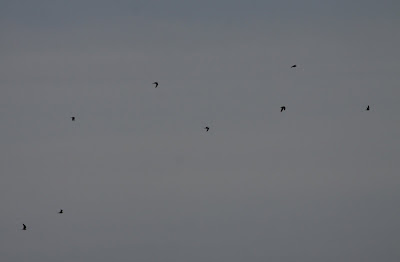 If the birds comes close enough you can often see the white bar near the base of the primaries in flight. This is particularly noticeable on male birds, along with the white throat. 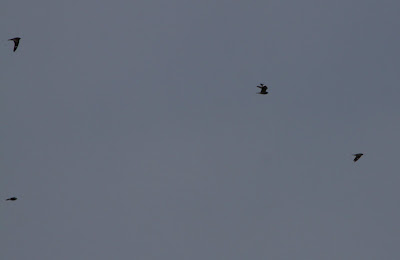 This year for some reason I've been unusually lucky getting a few shots that show the markings quite well.....many times they're just too far off. 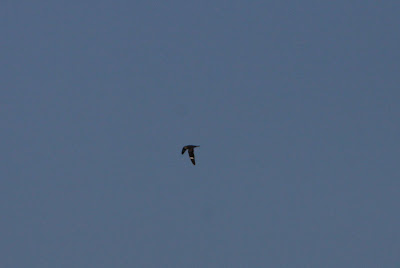 The following shots are my best of the season...maybe my best so far. They show the markings very nicely on both the male and female (buffier) birds. 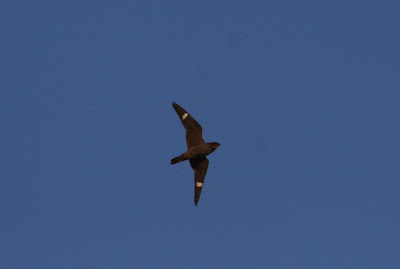 Nice look at the barring on the underside as this bird passed over... 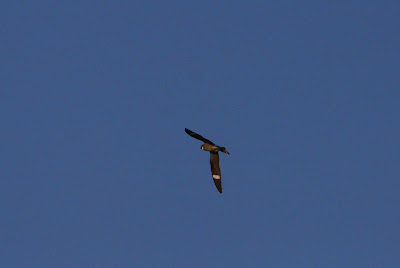 And the white throat picked up the light nicely on this male. Look how broad the white bar is. 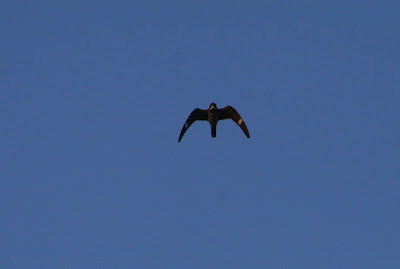 Sometimes the flight profile of these birds look quite falcon-like. 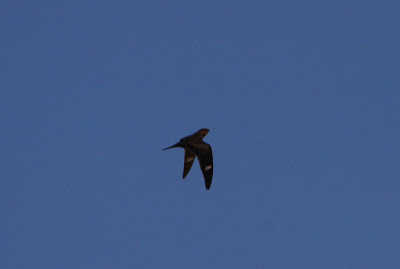 Here you can actually watch this female looking around for food on the wing! 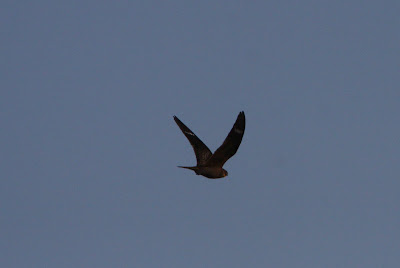 While I enjoy see these birds migrate every year, it is a little bittersweet -- often marking the end of summer and you can notice the shortening day by about 7 p.m. when we're heading home.

Of course, I can always look forward to next year when, hopefully, they'll be back. Although I do worry about that more and more. Common Nighthawks have NOT been doing well as breeding birds in the recent atlas work. We used to have them regularly in summer in Worcester at night over the lights....but for the last few years they've been definitely absent. I'm always afraid that a bird like this will get overlooked as it declines and then it'll be gone and we'll all be talking about what it used to be like.

But for now, there may still be one or two good nights left....so get out and count birds!