Spent a great morning in northern Worcester County at Otter River SF and then came home via Petersham where we made stops at Tom Swamp and the Women's State Forest.  Obviously hoping for early odonates, but just as satisfied with some great bird and butterfly sightings. We got to Otter River just before 7 and after driving through the empty parking lot took the left down one of the dead-end dirt roads.  We passed the old cemetery and stopped at the two ponds just before the gated road ends. 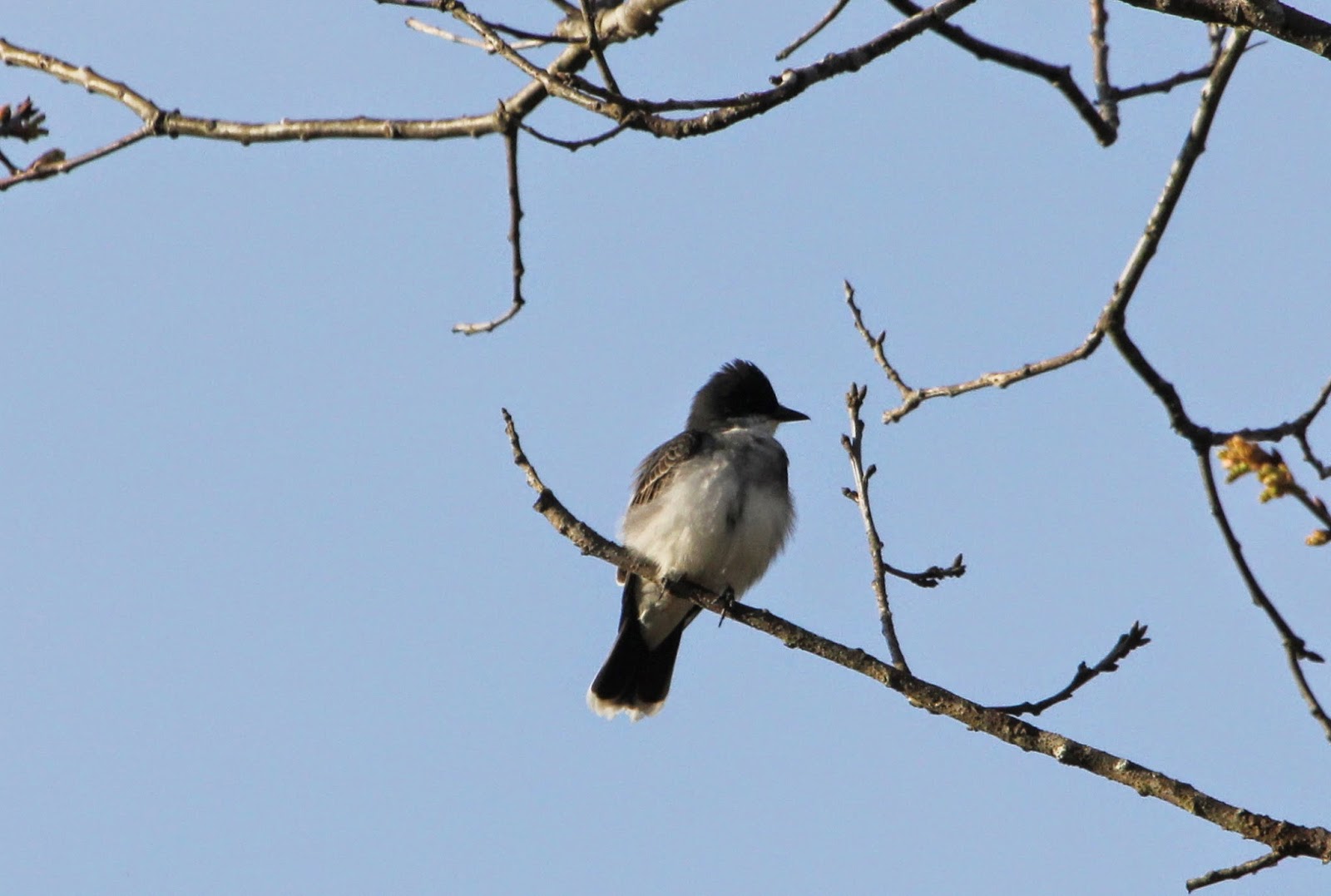 Besides a pair of Eastern Kingbirds and our first-of-the-year sighting of Snapping Turtle, we had a nice showing of shorebirds.  We had about a dozen Least Sandpipers, several breeding Spotted Sandpipers and quite a few Solitary Sandpipers. 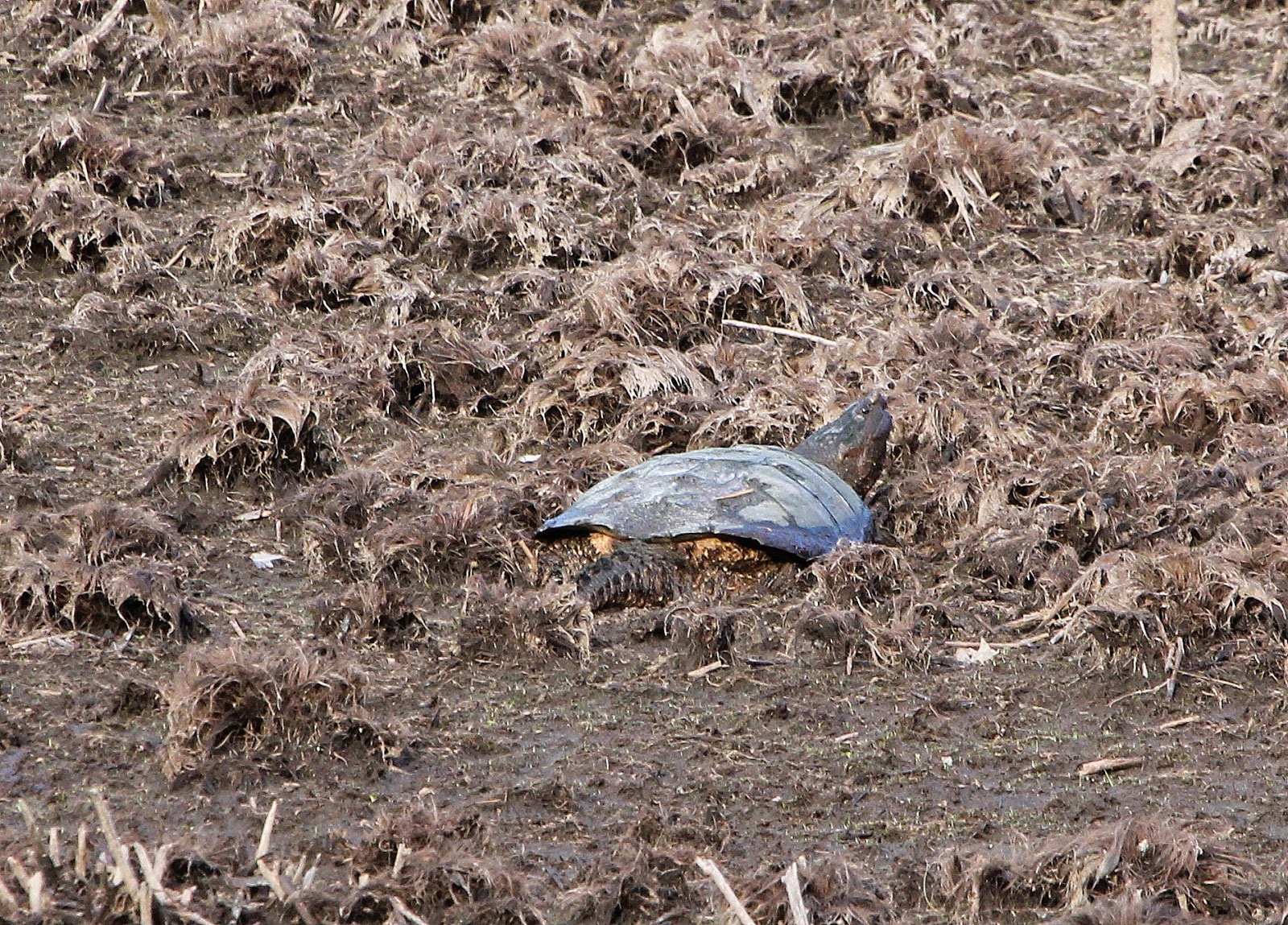 We then started driving our "normal route" of dirt roads and heard this Mourning Warbler singing.  Interestingly, it was exactly in the same spot that we had one last year, but that bird was found in early June not May 11th.  This definitely seems to be an early sighting...at least for us. 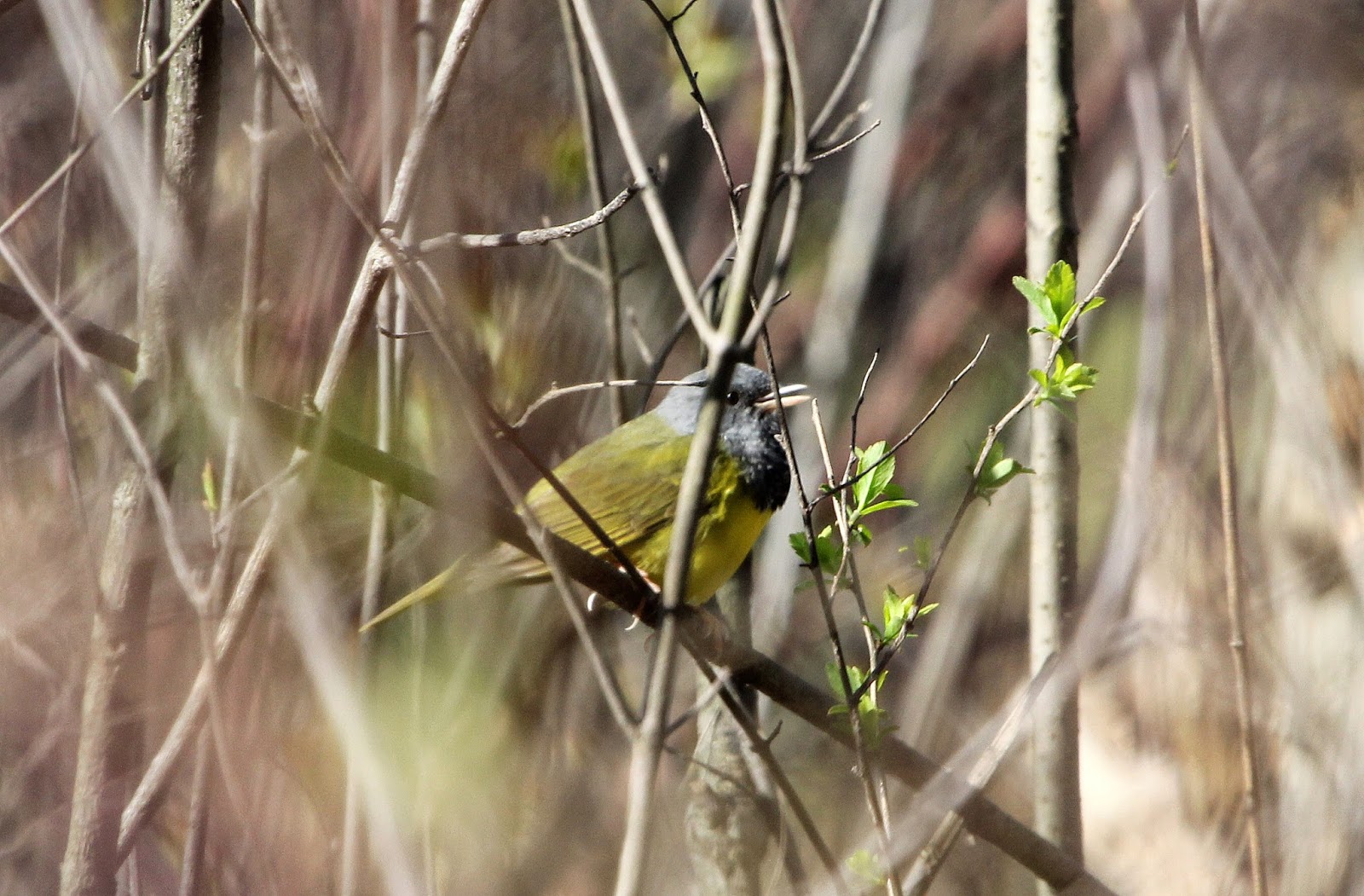 It was interesting to note how little the vegetation was out compared to southern Worcester County. 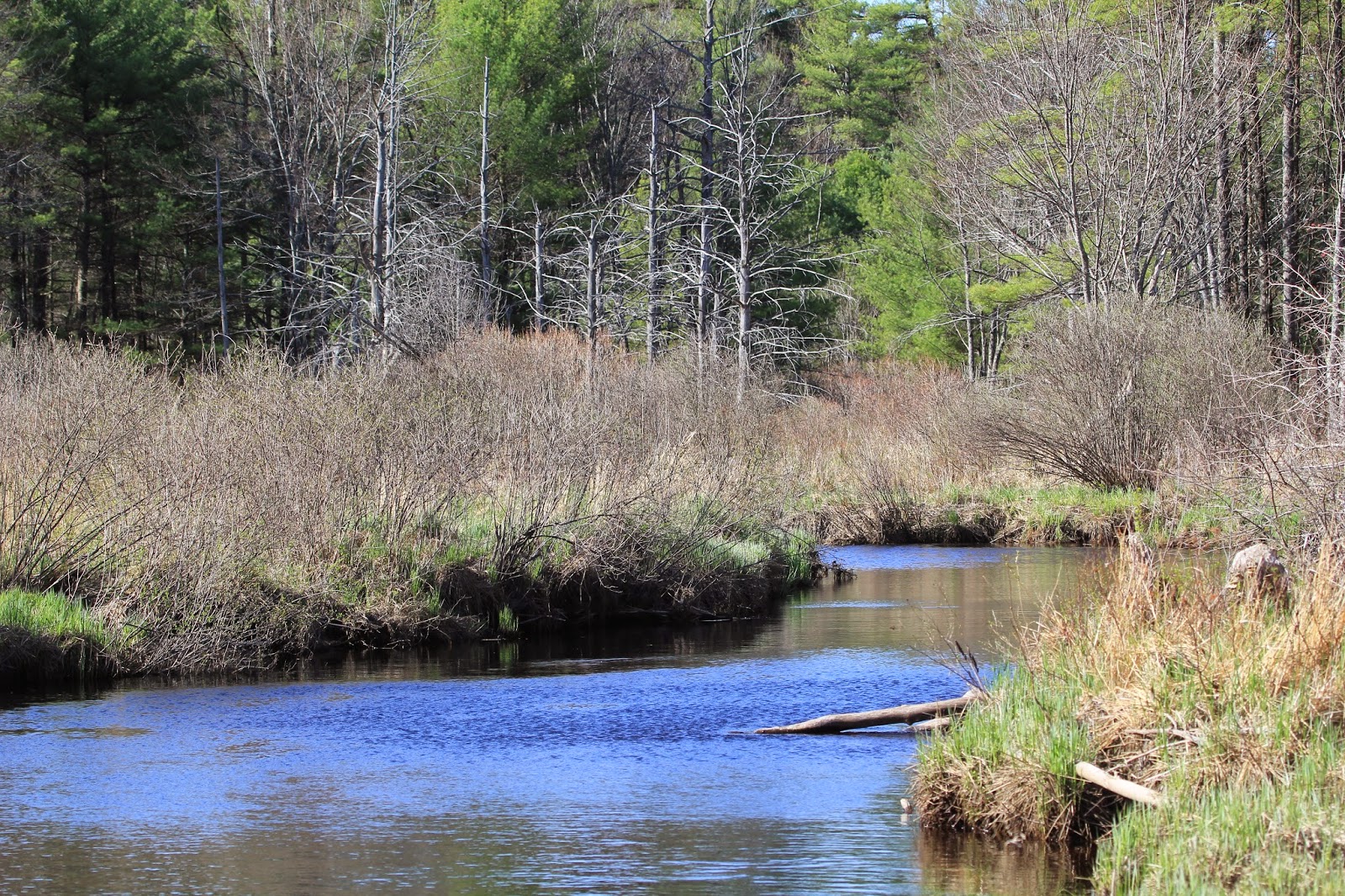 And this female Tree Swallow (there was a male nearby) wasn't even on the nest yet. 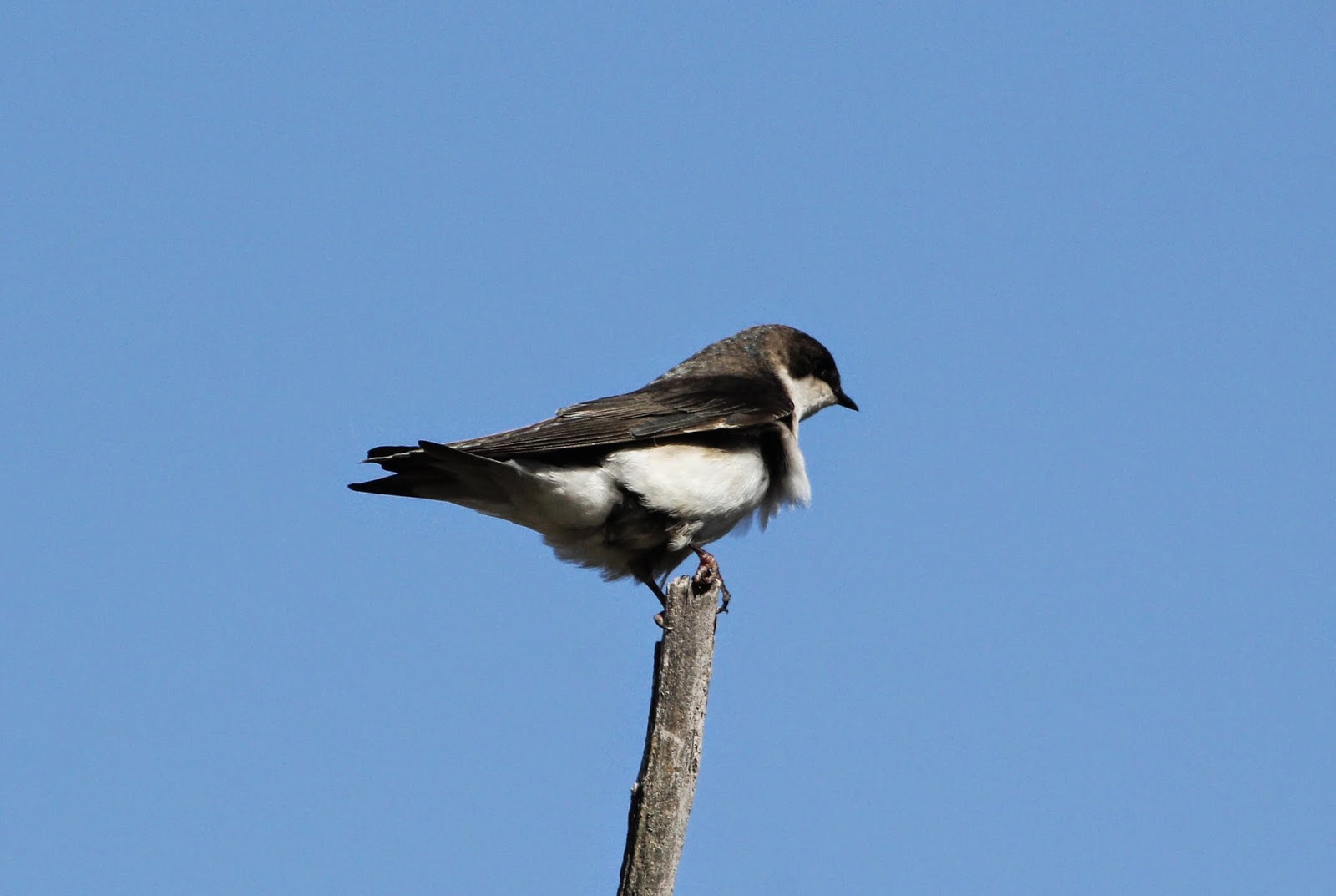 We had a huge showing of butterflies.  Besides the Spring Azures and a few Mourning Cloaks, we had our first Juvenal's Duskywing.... 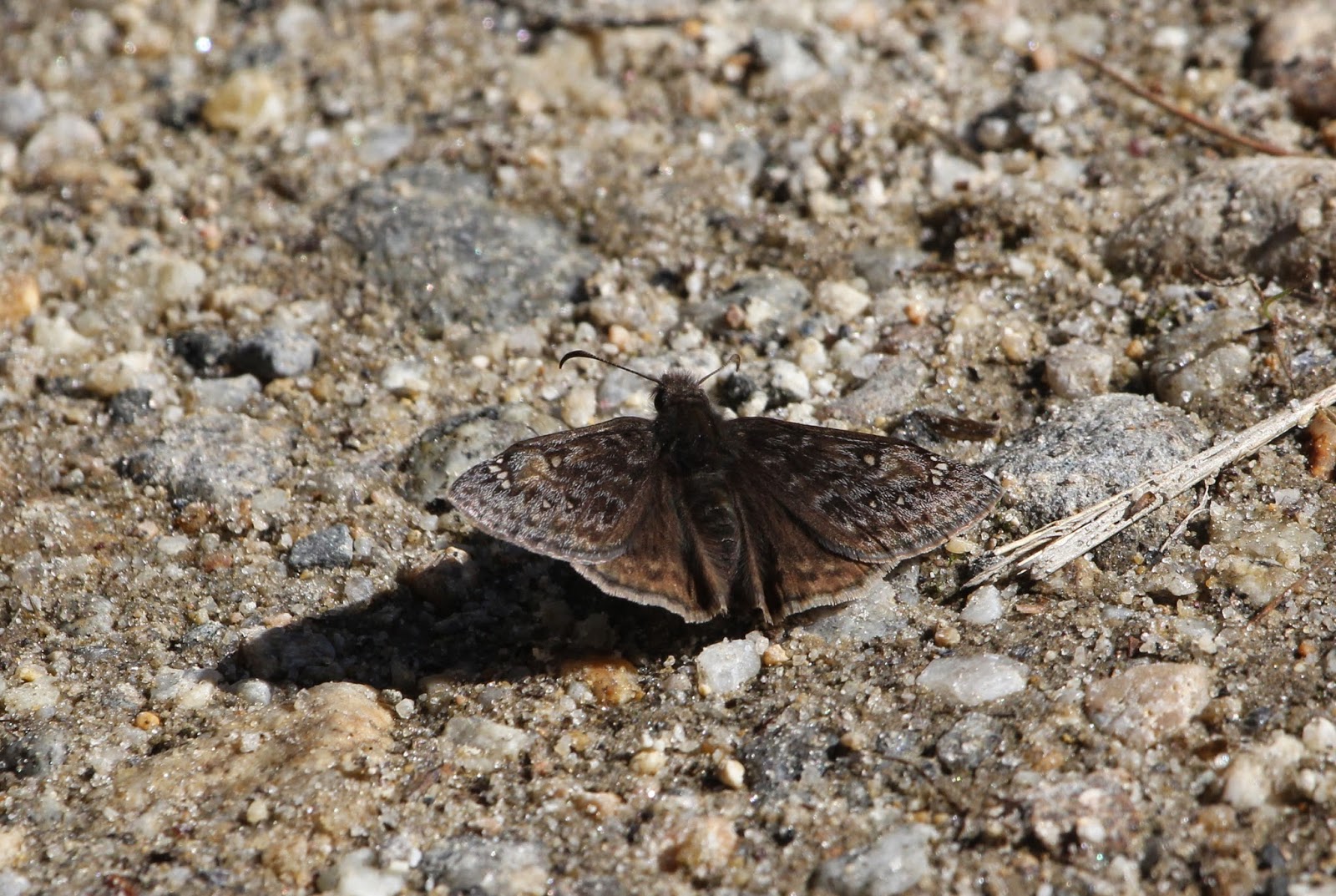 ...and lots of Pine Elfins.  In fact this year I seem to be seeing this little guys in many more places than I remember for previous years.  Although when I got home and checked previous photos, Otter River and Rutland State Park certainly had them in good numbers. 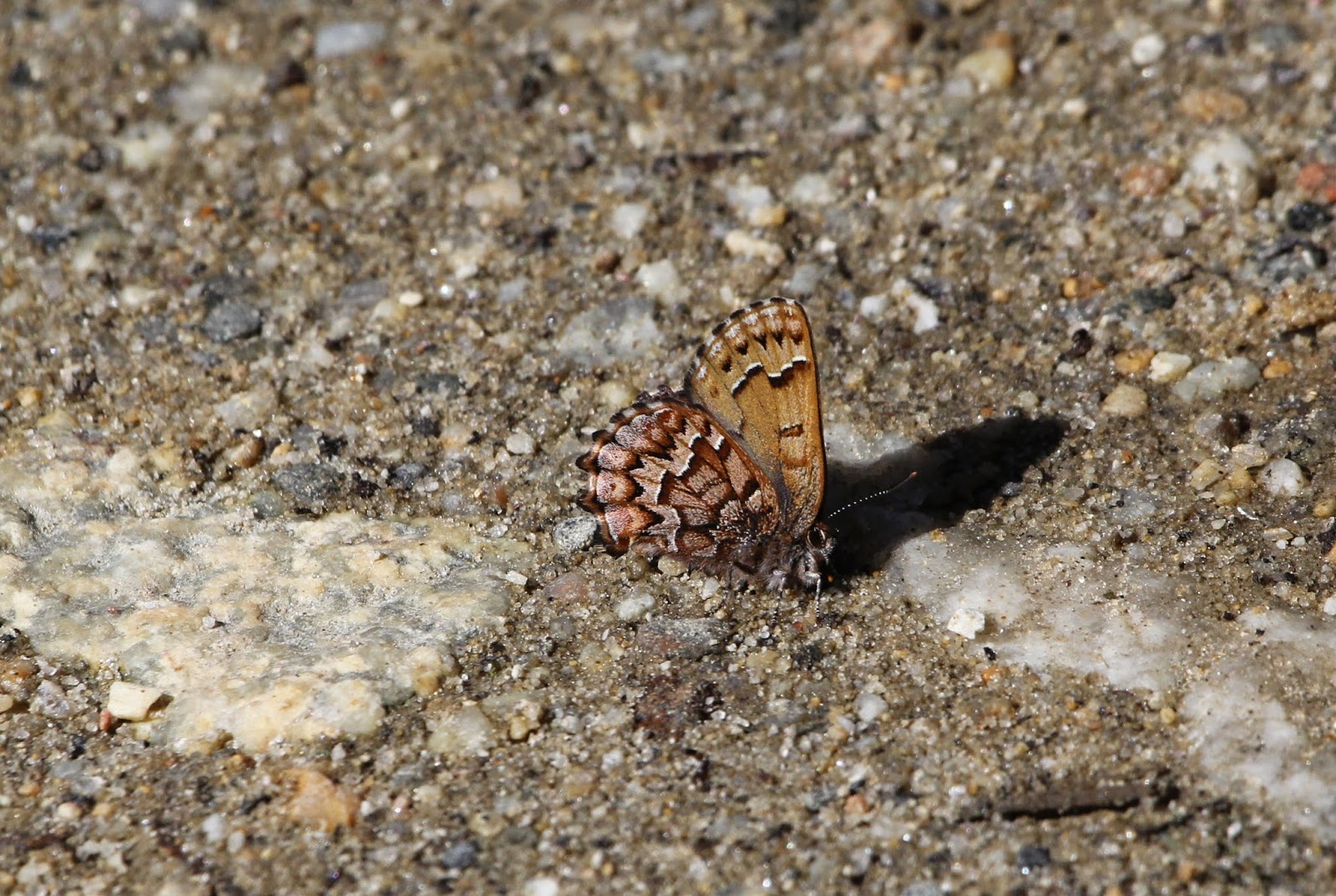 But this was my first photo (at least with digital) of Brown Elfin...and we had quite a few. 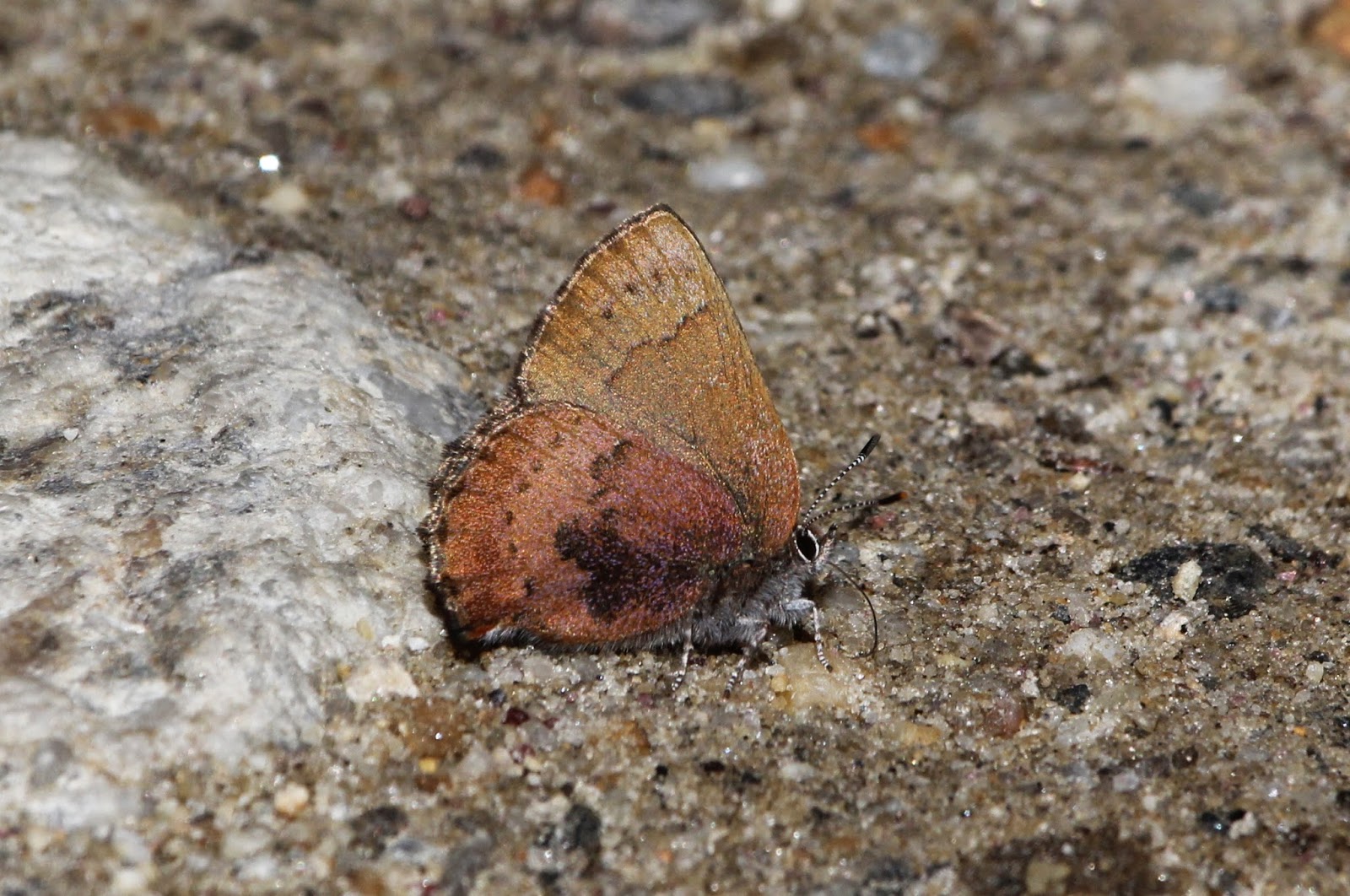 Although this Henry's Elfin was a "life" butterfly for us.  We only saw one and I didn't get the greatest of shots, but the wing pattern with the white at either end of the margin is a definitive field mark. 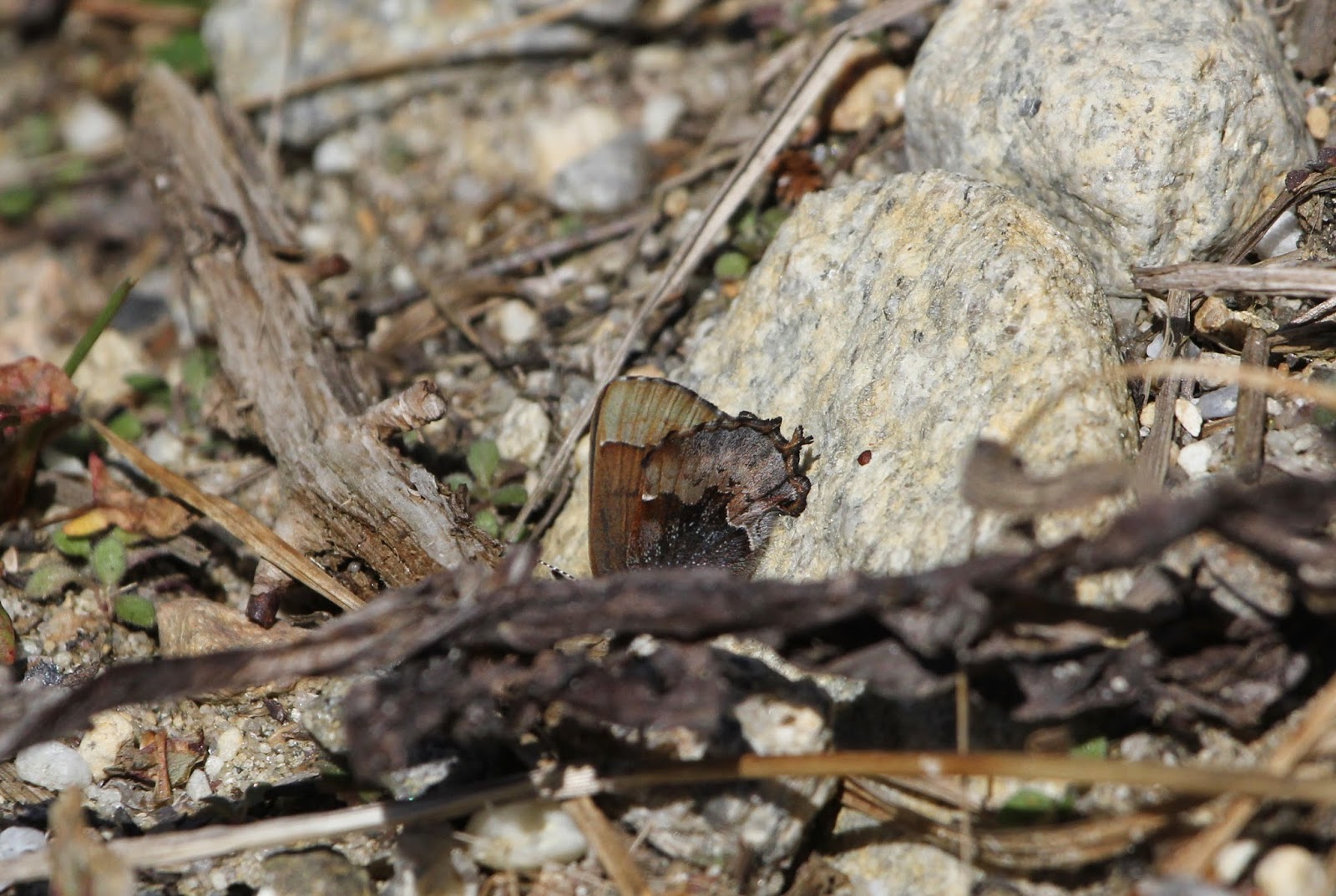 Mark was in his element having the opportunity to rescue at least 3 different snakes.  Since it was a little cool to start the day we found them out sunning on the dirt roads and it warmed up.  Unfortunately, that makes me a total wreck driving, since I'm afraid I will run one over...which I have in the past.  Luckily, for both me and the snake, Mark has an uncanny ability to spot these things quite a ways off. 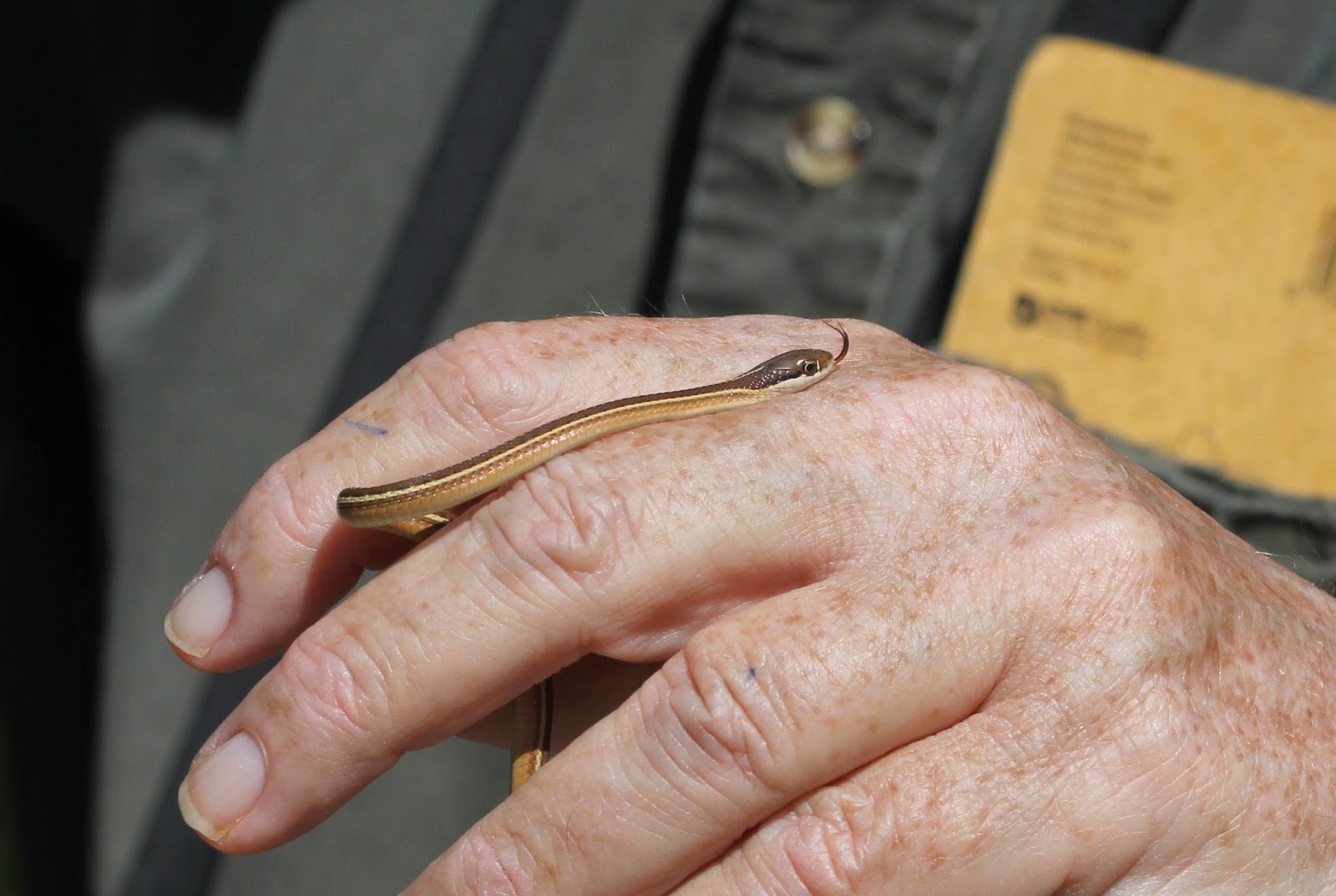 This young Ribbon Snake was particularly troublesome.  When we first came across him, he was sunning himself in the road, and as soon as Mark tried to pick him up he moved off quickly.  Since we were on a dead-end side road in the state forest, we came back about 20 minutes later and he was out in almost the exact same spot.  This time Mark was able to pick him up so that I could photograph the two of them for Mark's project -- wants to be photographed holding every reptile and amphibian in New England.  So this was a new add for that project! 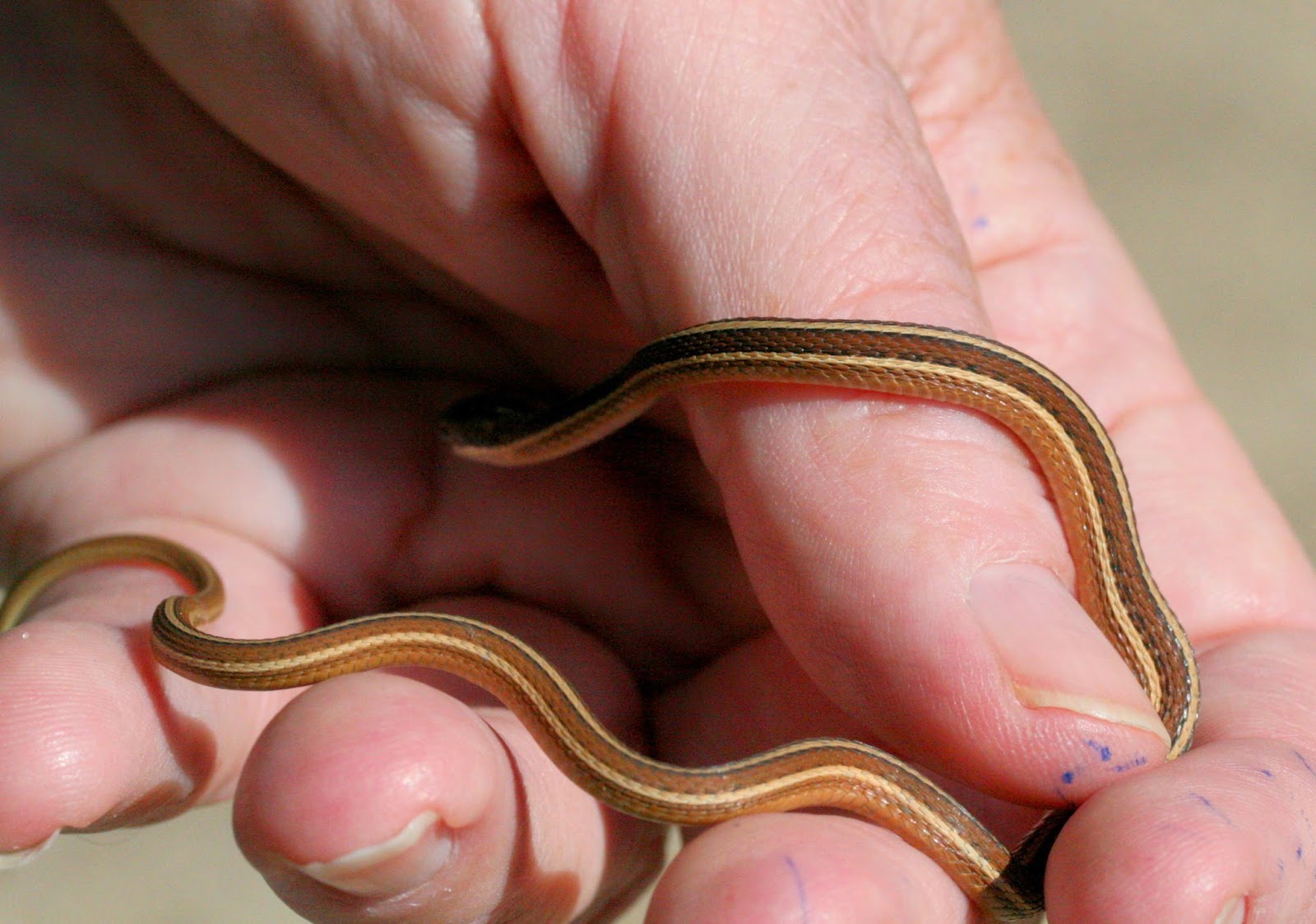 While we had lots of Painted Turtles, and this nice Bullfrog, at the Beaver Pond, we did not have any of the early odonates.  Great habitat for Ringed Boghaunter though. 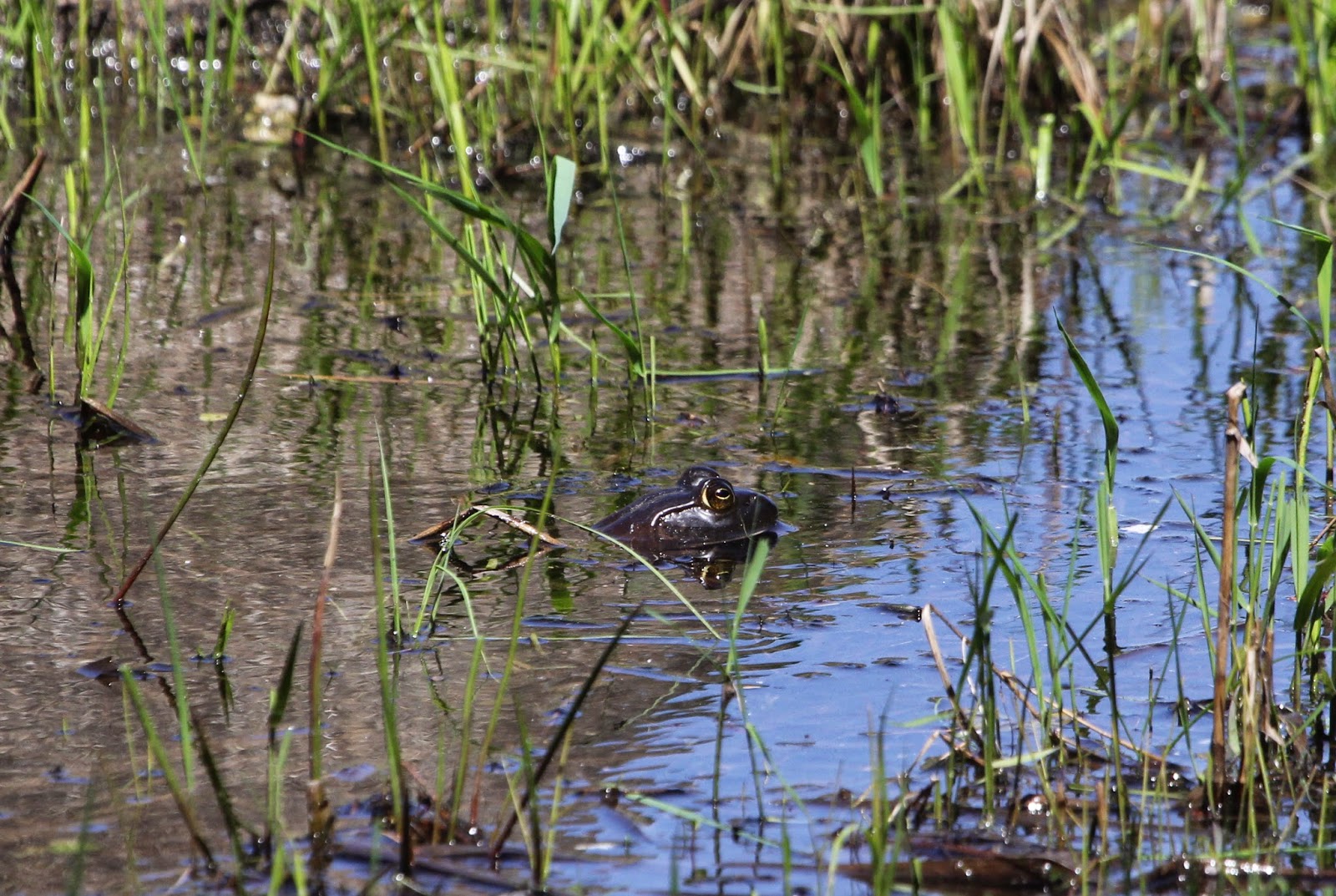 We did have this nice Six-spotted Tiger Beetle near the pond and searched for other invertebrates...but no luck, 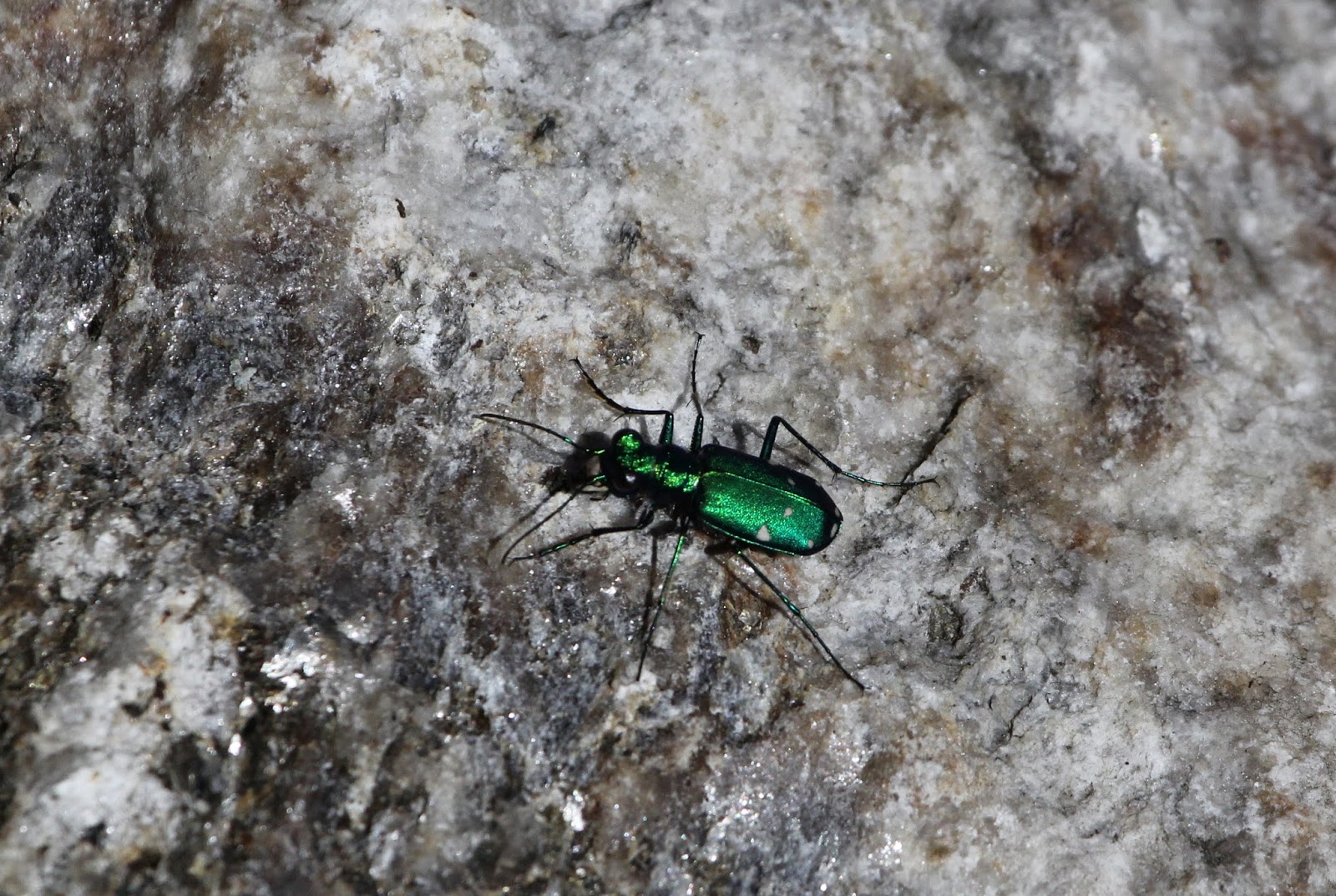 After stopping below Birch Hill Dam and getting more Pine Elfins and an Osprey, we headed south to make a stop at Tom Swamp in Petersham...again hoping for butterflies and dragonflies. 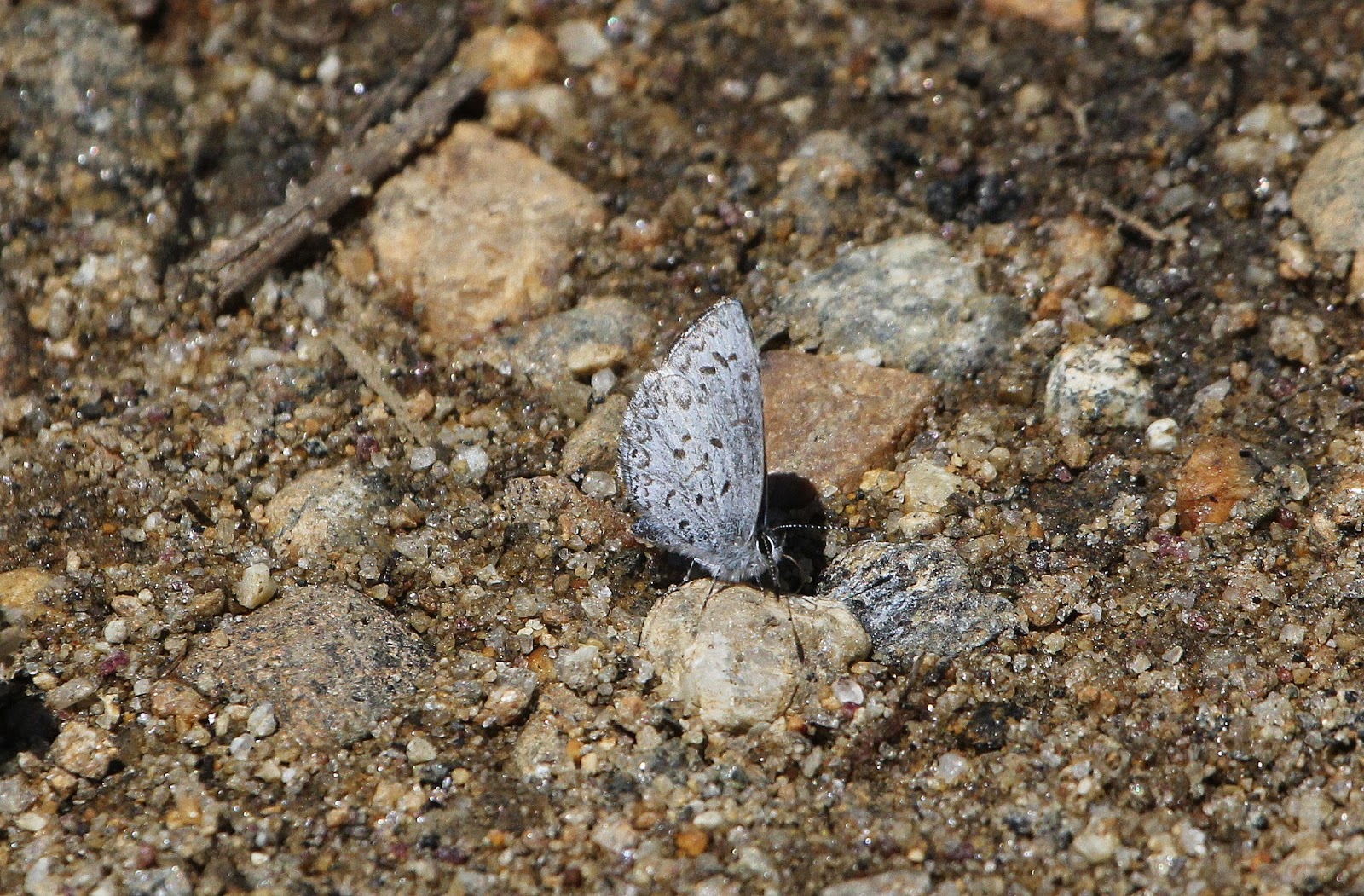 We had several Pine Elfins and lots of Spring Azures.  Most of the azures we were seeing were the violacea form.  We also had this little moth called the Bluish Spring Moth everywhere.  At first we thought we were seeing a really tiny azure, but it was actually a moth.  I'm so used to thinking of most moths as being nocturnal, rather than out flying around during the day. 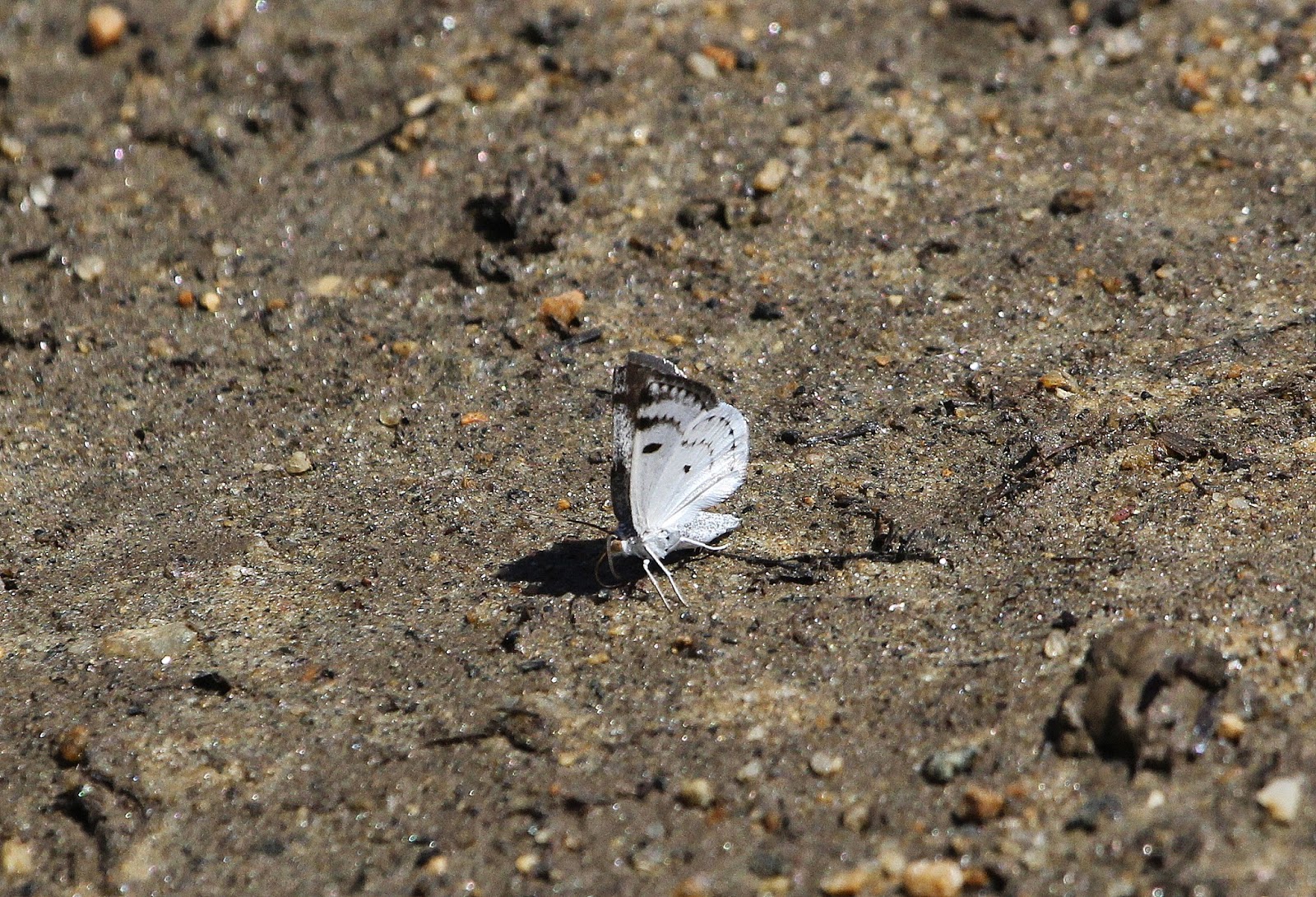 Even though it was getting towards mid-afternoon, there were still warblers calling.  This Common Yellowthroat was definitely on territory, while we still had Ovenbirds, Pine and a Nashville all in the area. 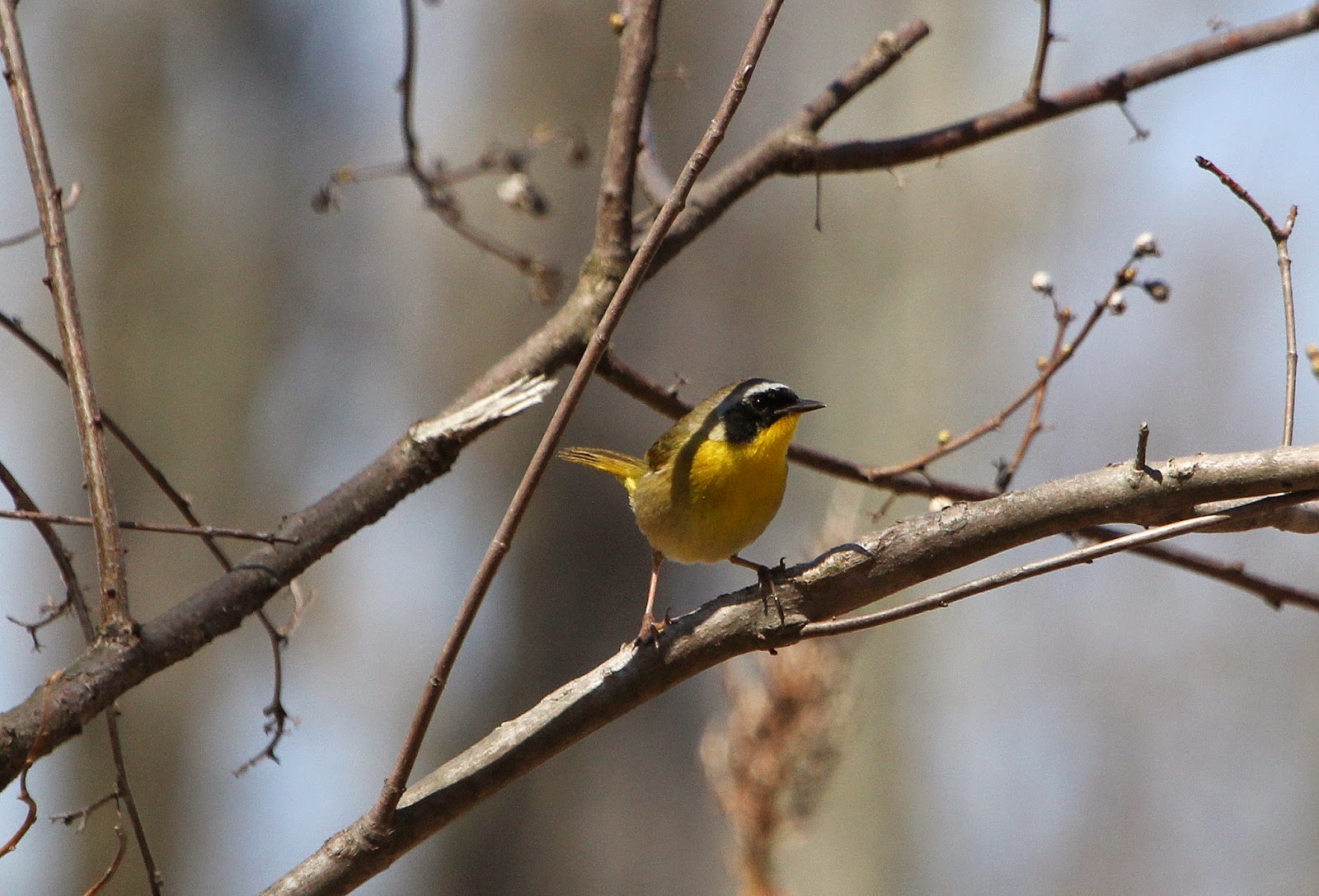 We decided to check out the Women's Federated State Forest nearby and found this little Ovenbird walking down the road. 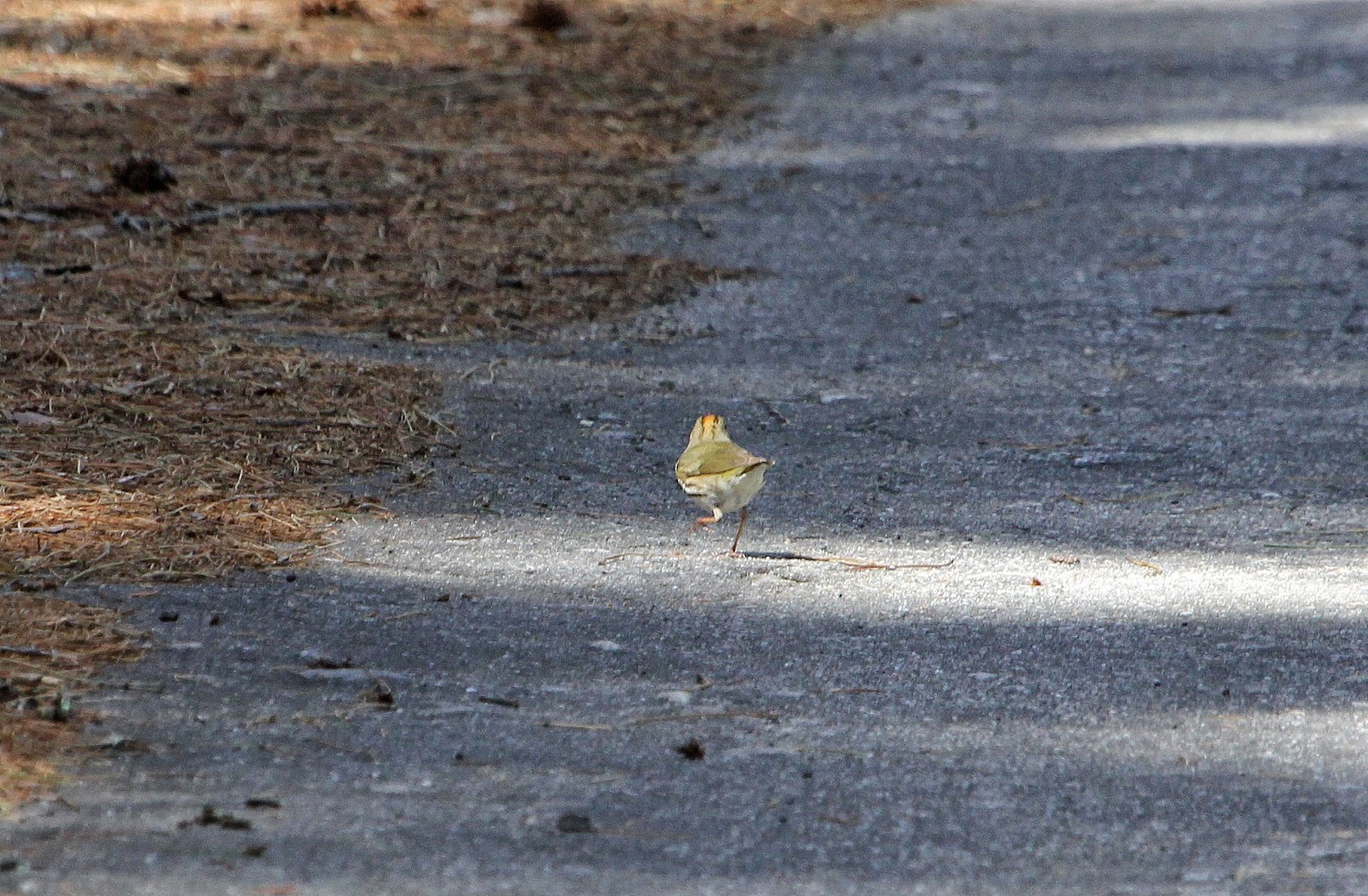 I hear far more than I ever see of this bird, so to find one on the road (acting more like a thrush) was a treat.  You sometimes see them walking quietly on the forest floor, but not usually so out in the open. 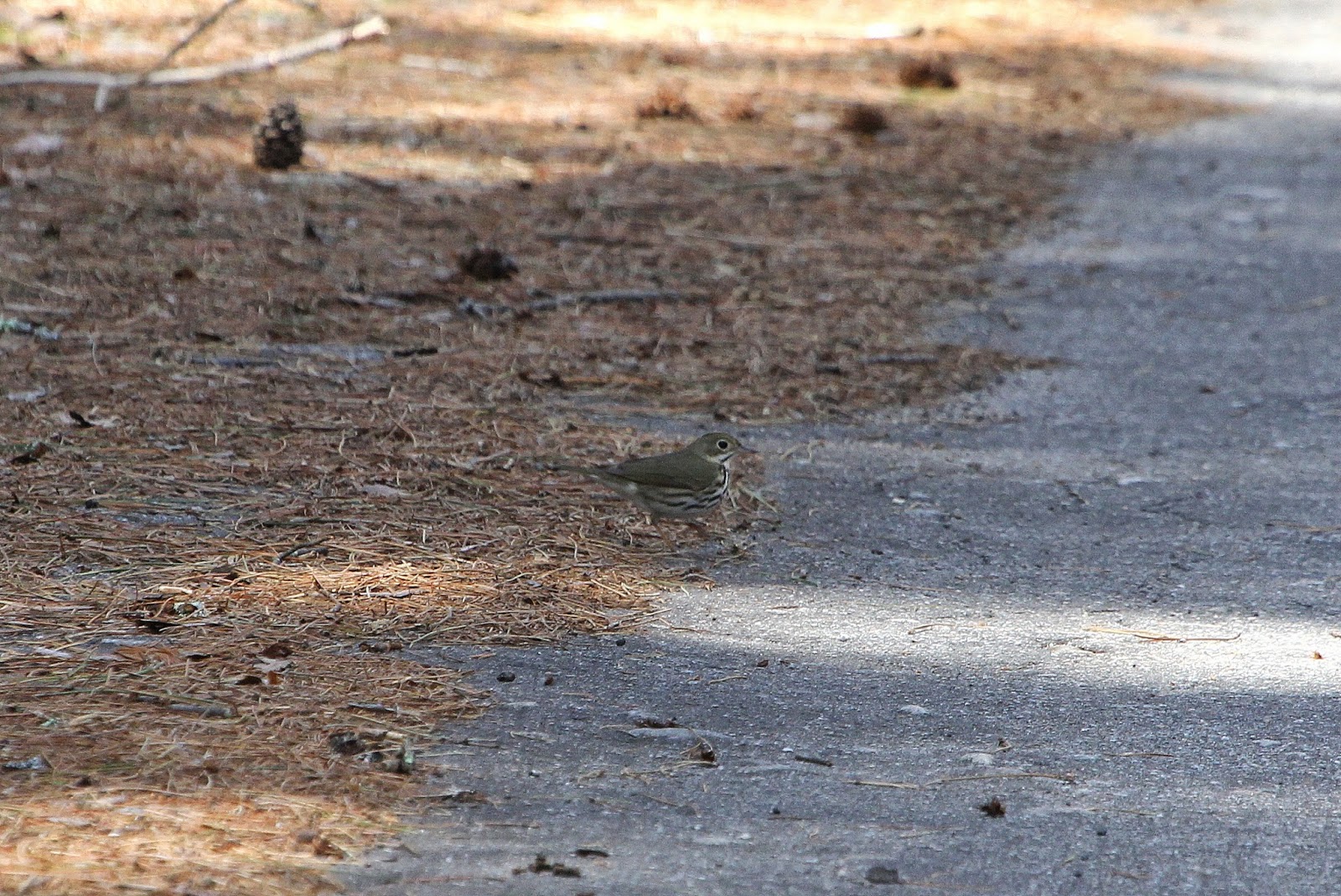 We did have a good number of thrushes in the SF as well, including this nice Swainson's Thrush.  In fact, we also had a Gray-checked Thrush, but I wasn't able to get a good shot of him.  We surmised that there must have been a little thrush movement overnight, since we had 5 species in this one parcel. 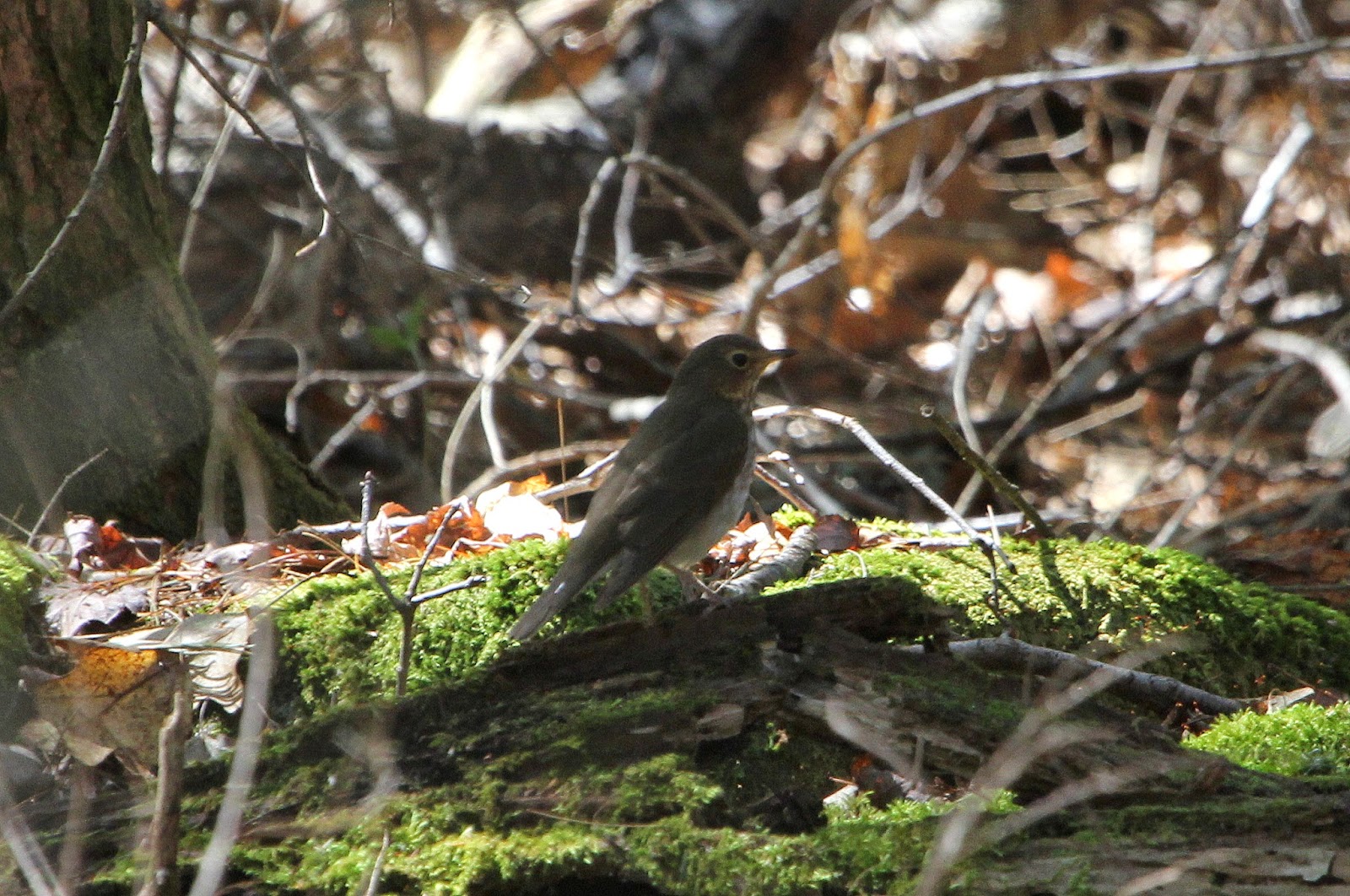 We got home just after 4, having been out since before 6 a.m......it was a long and fun day in a beautiful part of Central Mass.  Oh, and when I got home there had been a flower delivery sitting on the front porch (for who knows how long)  It was a lovely tulip bouquet from my grandchildren for Mother's Day and they're still making me smile.  Really who could ask for more.... 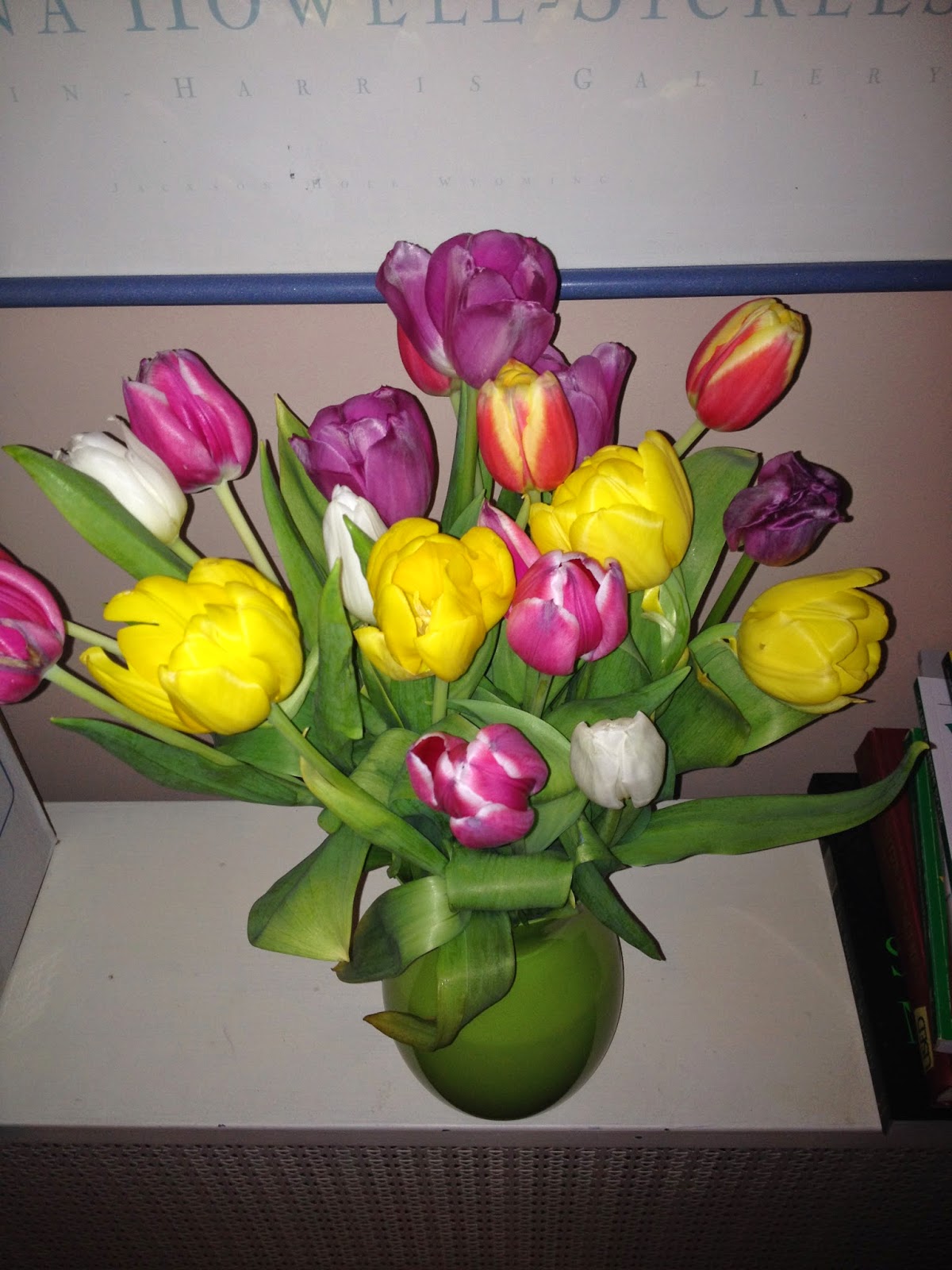 Posted by Sheila Carroll at 4:34 AM