Since I had a late-morning appointment, we decided to check out the Worcester cemeteries to see how migration was going.  We spent a great 2 hours in Hope Cemetery in the southwest corner of Worcester.  We had big movements of warblers, with numbers of Magnolias and Northern Parula leading the pack.  But we also had a Wilson's, Northern Waterthrush, a number of Blackpolls and lots of Redstarts as well.  Plus Mark thought he heard a Hooded Warbler but didn't count it since he wasn't 100% positive.  Oh, and the Killdeer had 3 babies running around and Baltimore Orioles were calling all over.

But before we even left the house, we noticed a beautiful Indigo Bunting in our backyard.  We had just been commenting that we still hadn't seen an Indigo Bunting in all our travels...and there he is in a small backyard in the city of Worcester. 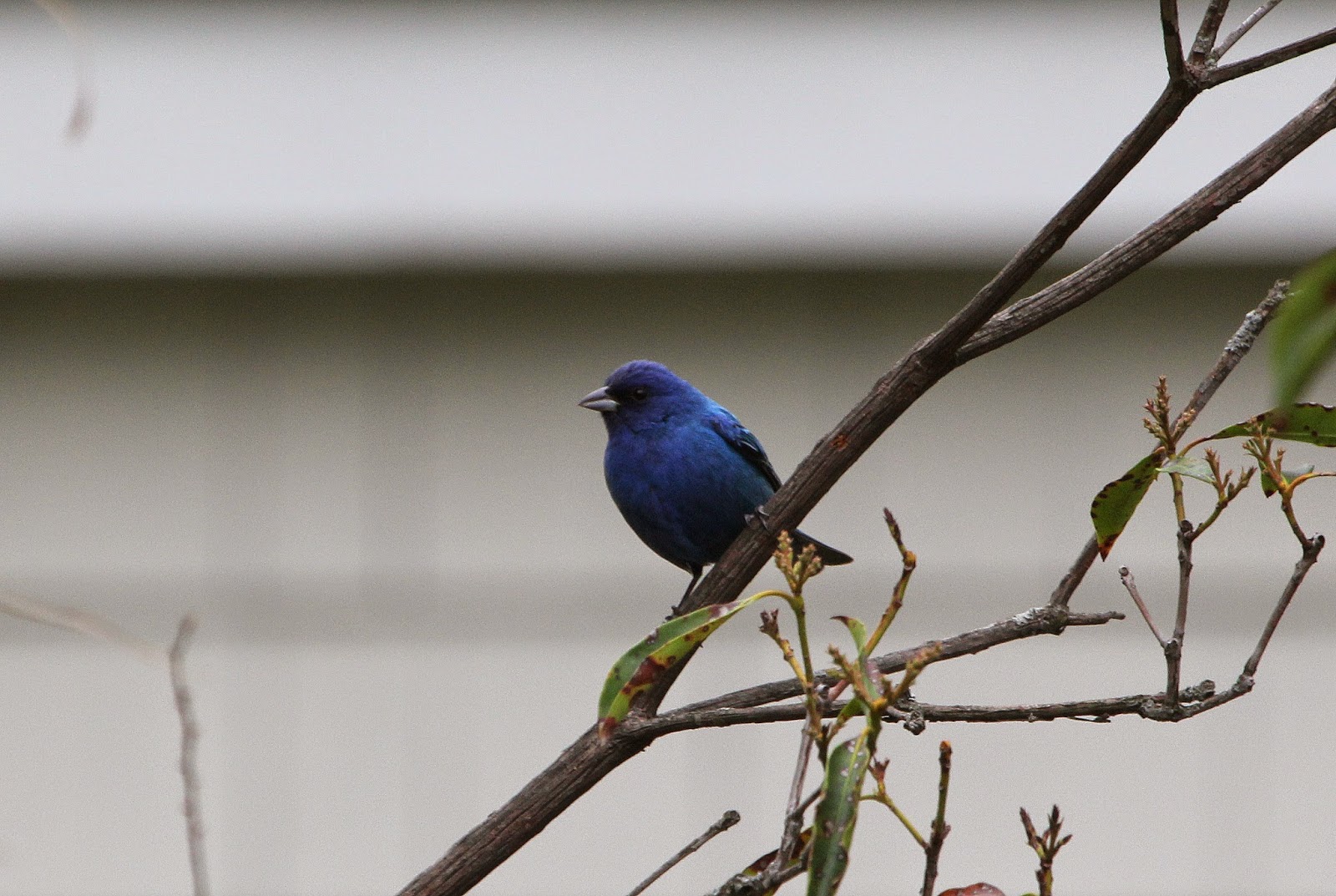 We had Baltimore Orioles calling high up in the canopy, but this beautiful male was actually flying around fairly low and sat still long enough for me to get a shot. 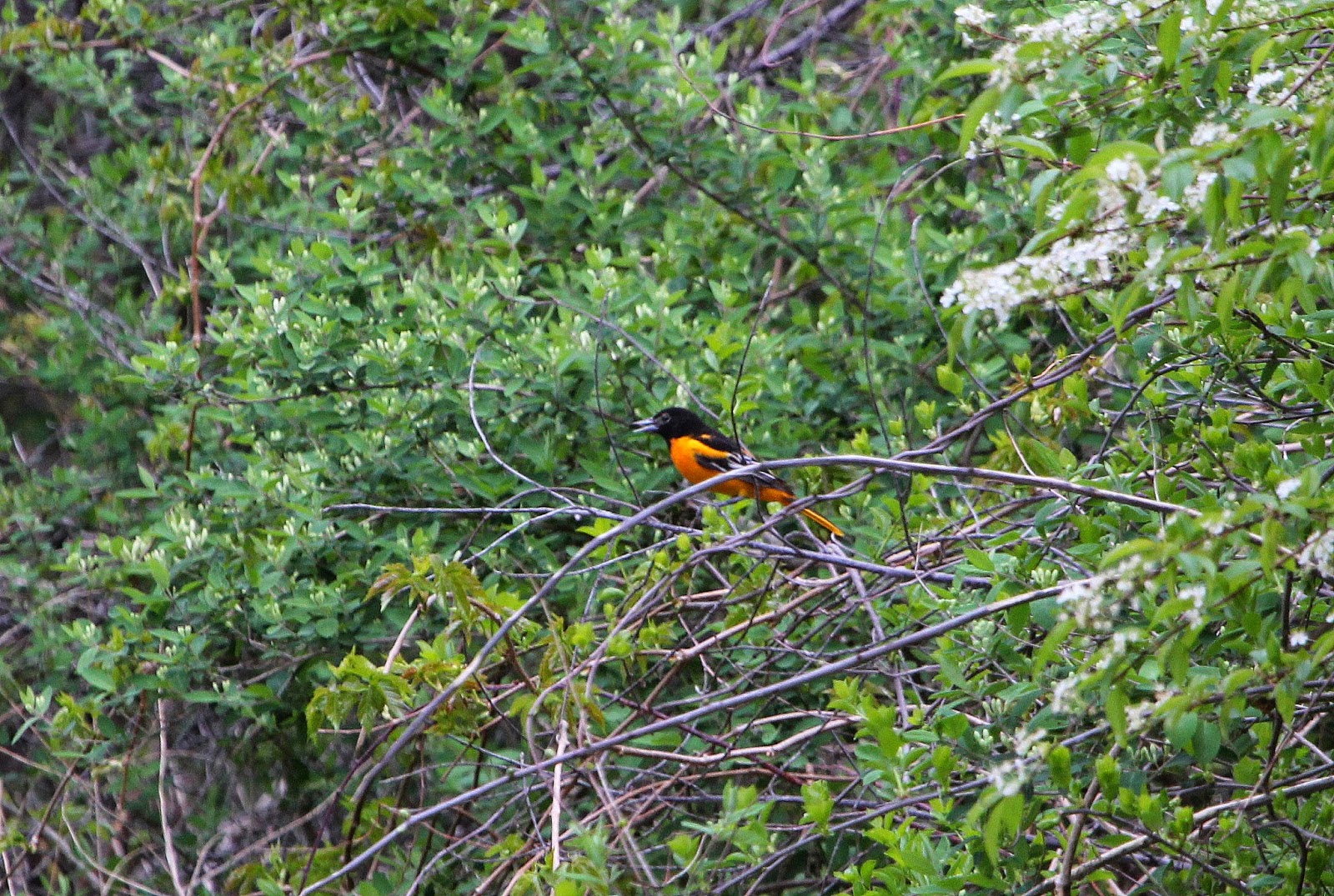 With the foliage coming out more every day, I was lucky that this Magnolia Warbler was in one of the oaks; otherwise, I'm not sure I would have gotten a decent shot...they just constantly keep moving at this time of the year. 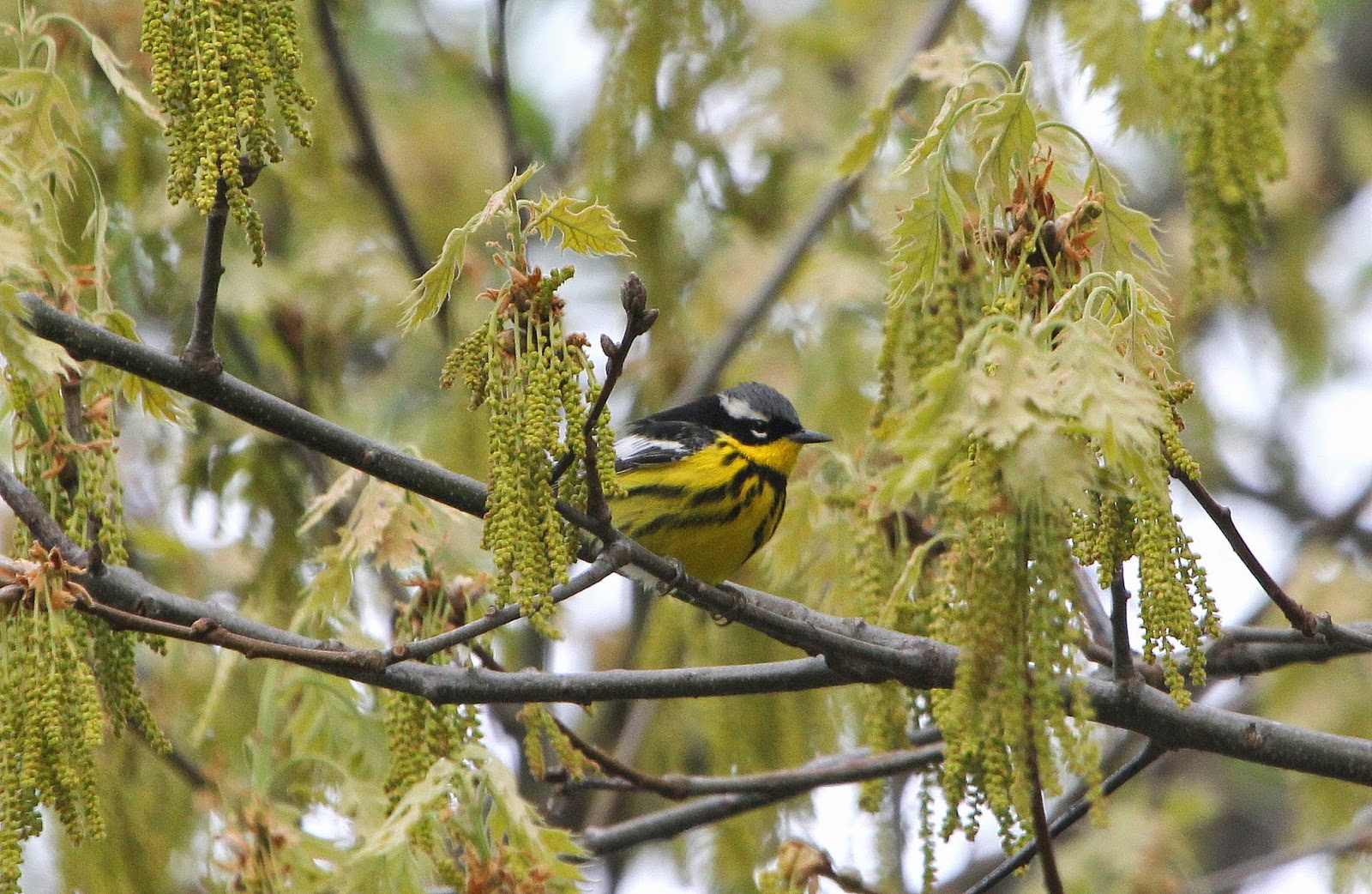 And finally a nicely-plumaged spring Blackpoll Warbler.  Mark was pointing out that most of my photographs of Blackpolls are in fall plumage which is so drab and different from their spring pattern.  I thought I was going to have to go out to Mount Greylock where they breed to find a spring bird to photograph.  But with a little patience and luck this guy stopped feeding long enough for me to get a couple of shots. 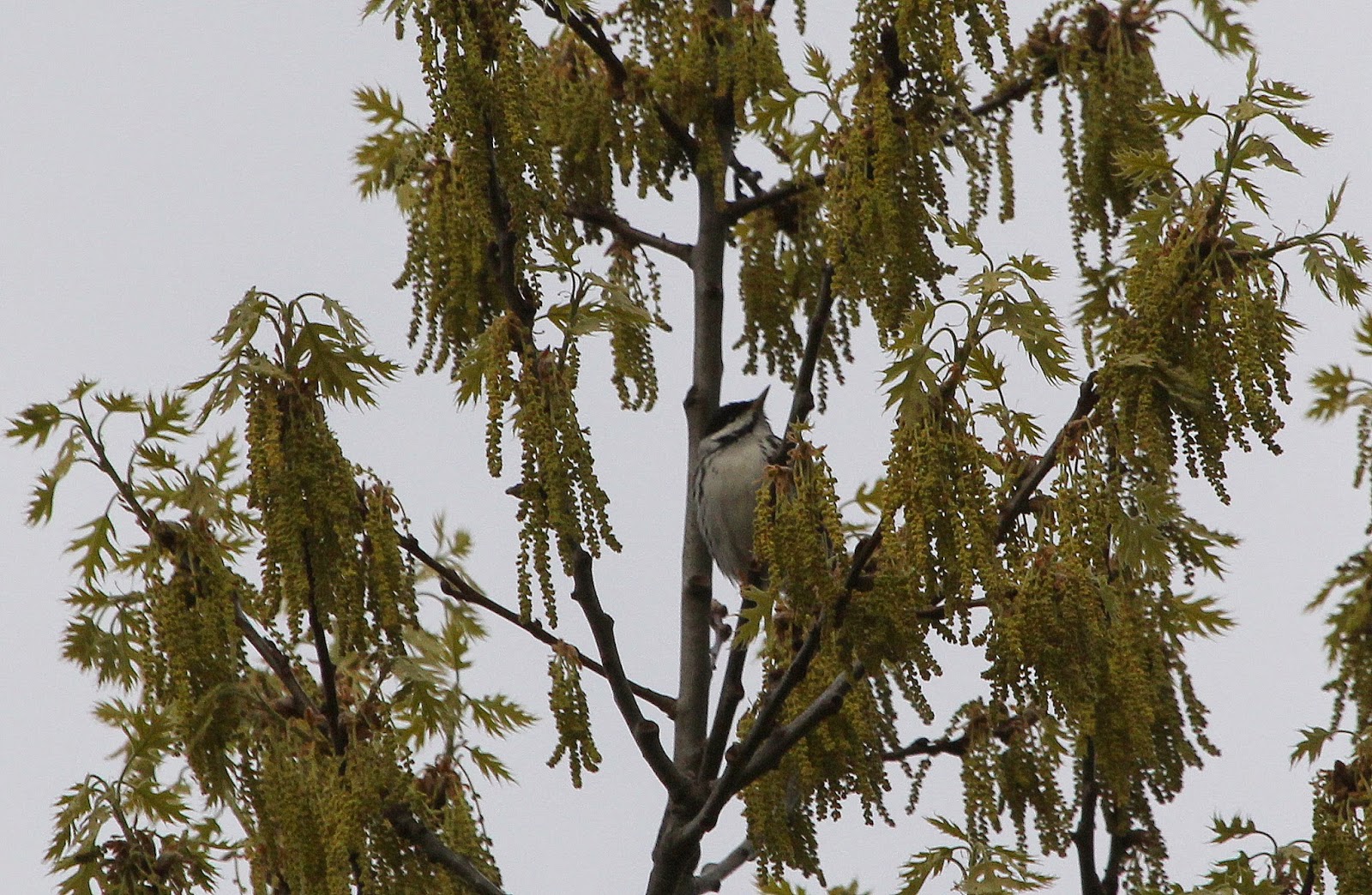 And the female warblers were definitely migrating in Wednesday morning...although I think the Yellow Warblers are actually gathering their nesting material already since they've been back for weeks. 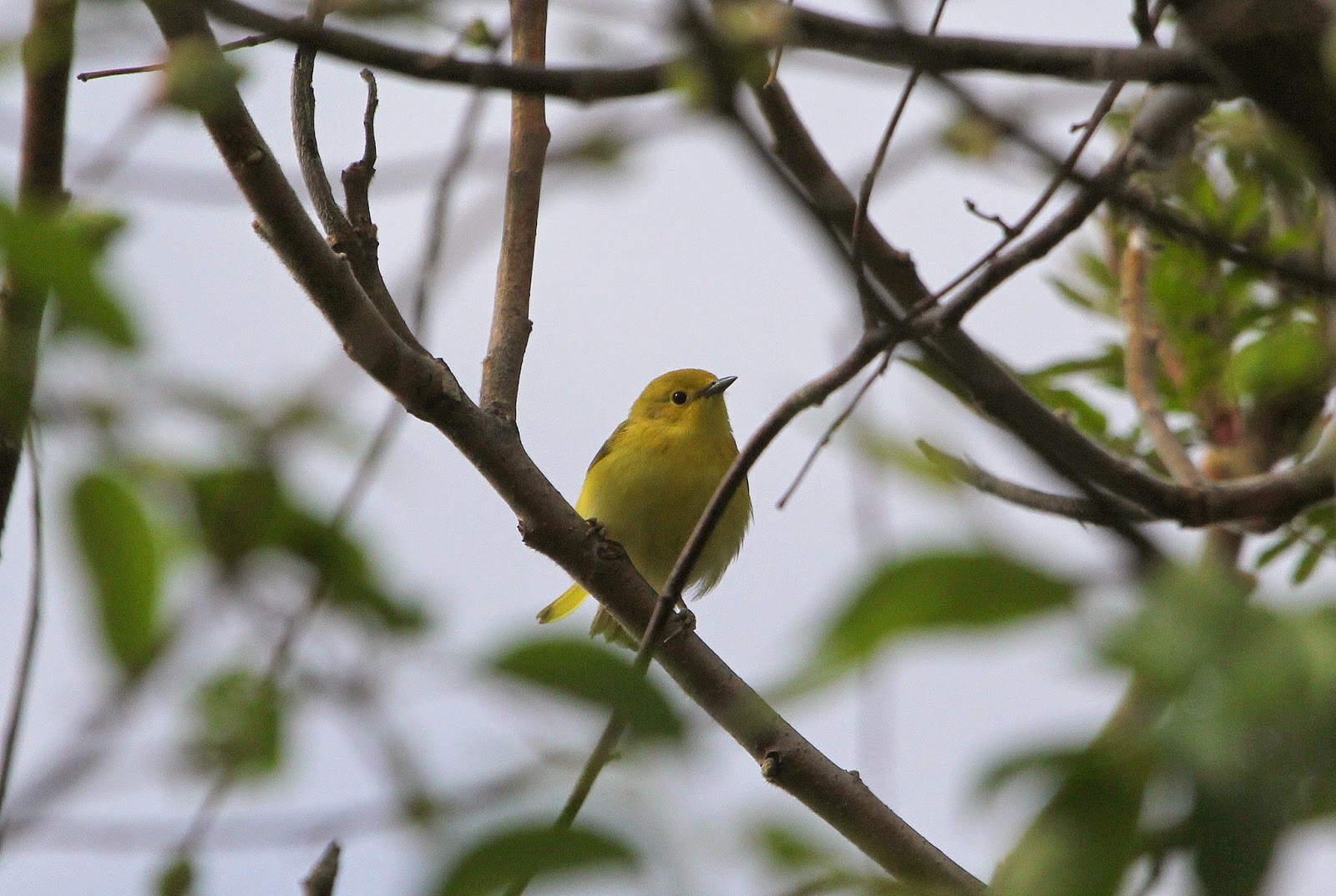 And one of our later spring migrants -- this nice male Wilson's Warbler. 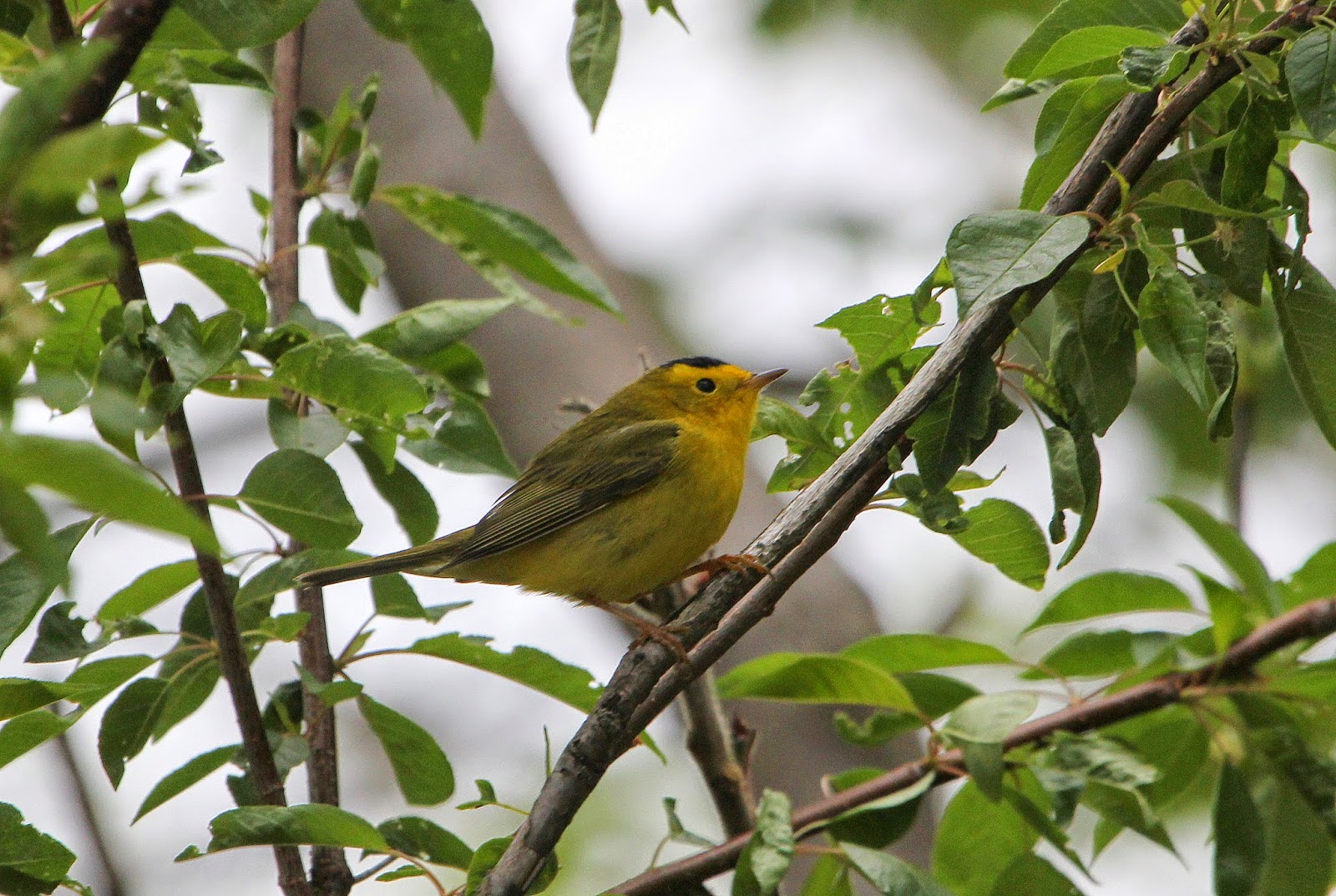 Really, how can anyone look at warblers and not be impressed with them.  All you have to do is look at a Northern Parula with his blue-gray colors and that bright yellow throat with just a little orange going down the breast and you go "WOW"....or at least I do. 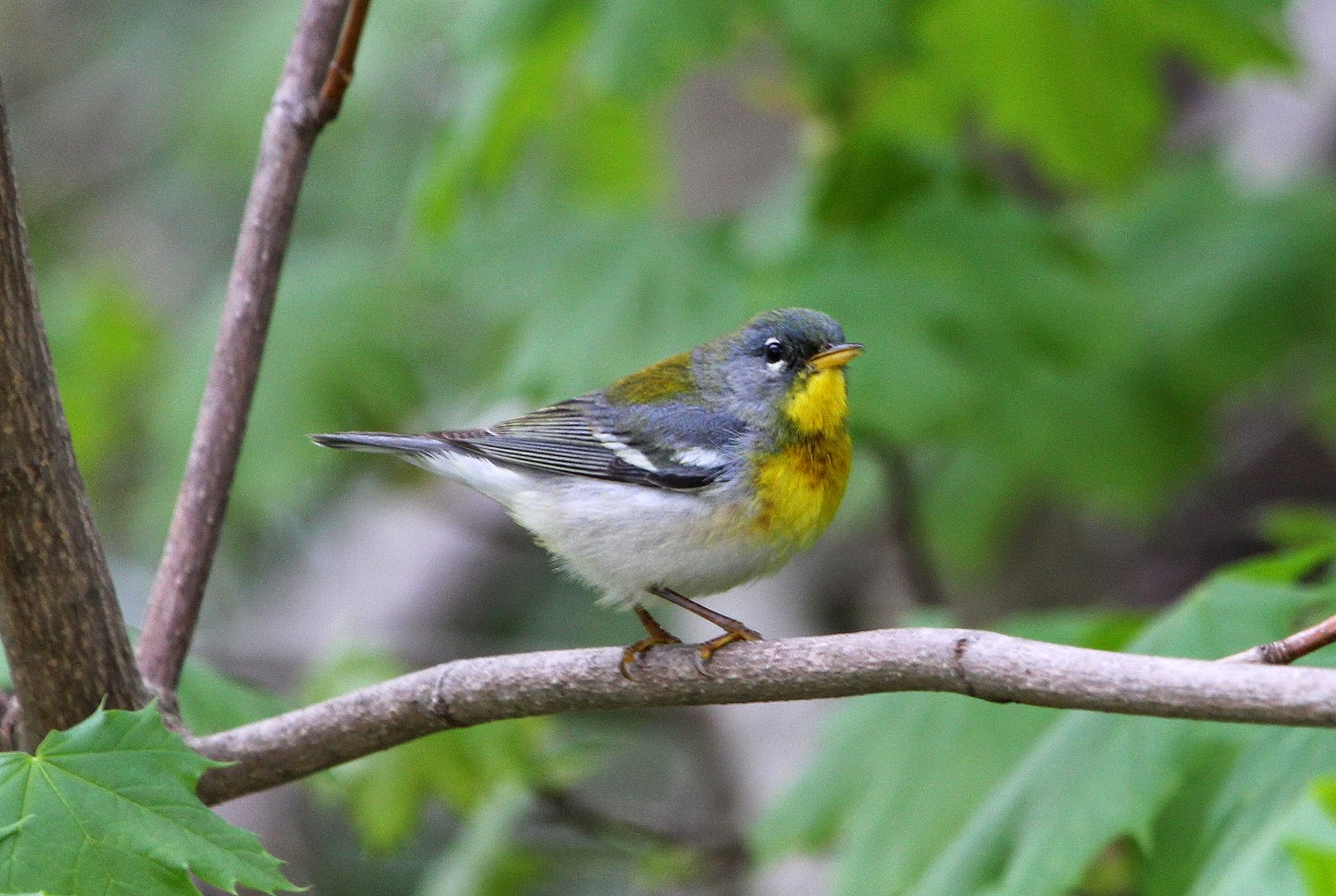 I've been very lucky this spring -- I think I've gotten some of my best photographs of spring warblers this year.  Of course this means that when it comes to picking just one photograph for my calendar for next May I'm going to have a very hard time.....

Posted by Sheila Carroll at 3:41 AM