In filing my digital photos, I realized that I had never posted some shots from our last trip to finish up the Warren 1 block. Since this was over 4th of July weekend, I normally would have just filed the shots and moved on, but I did want to share a few things we found that weekend. You might remember from an earlier post that I talked about a very bad dirt road with lots of dirt bike and beer party activity. Well we decided to check it out again and didn't find much in the way of birds. We did, however, come across this old town line sign stuck in the woods and proving that the road we were on must have seen better days. BTW this would be the town line between Warren and Ware. 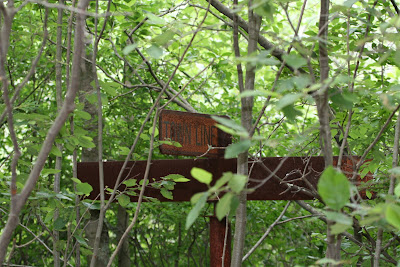 While we were birding on Coy Hill Road near one of the great farm views, a local man walking his dog stopped to chat about birds he had seen in the area and what we were finding and so on. He told us that he and his wife had found some huge eagle nests in a swamp just past the elementary school on South St. We told him that most likely he had seen a Great Blue Heron rookery, but that we would check it out. 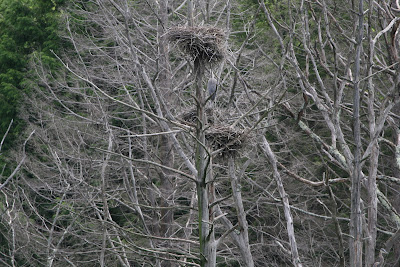 Sure enough we came across a swamp exactly where he said we would and found an active rookery with at least 6-8 nests. Some were difficult to see since they were against the far shore and there were lots of dead trees so everything blended in together. 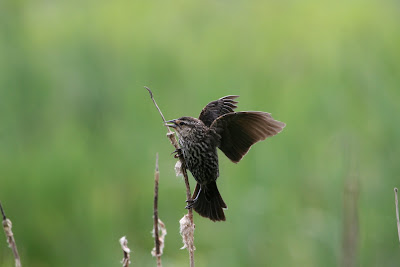 We did have great looks at young Red-winged Blackbirds still in the nest area begging food. 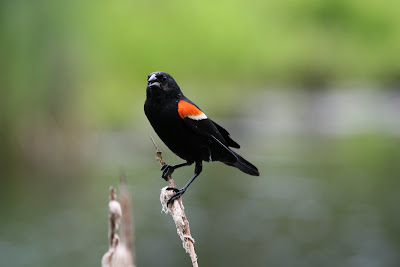 And the parent birds were coming and going, busy patrolling the area and somewhat concerned that we had pulled up next to their swamp. 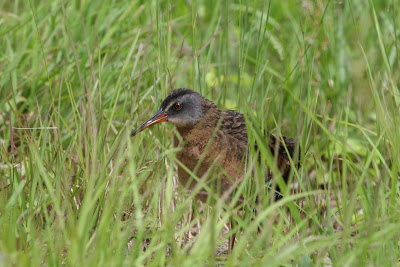 But the surprise for us was to find a very active colony of Virginia Rails. They seemed to be calling from every section of the marsh and we assumed they were trying to keep their young somewhat rounded up together. 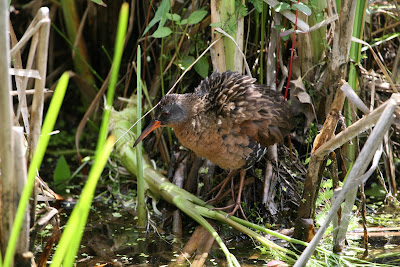 We had lots of brief looks of them darting through the reeds....and every once in a while once actually stayed out in the open long enough for me to get a couple of good shots. 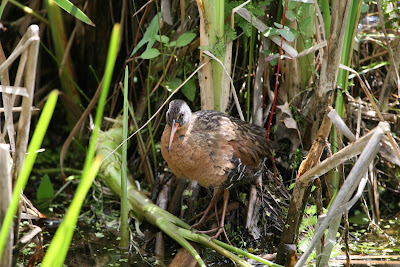 What we realized as we were leaving the area was that this marsh was just outside our circle for the Sturbridge Christmas Count. It's amazing to see these places year after year in winter and then see what looks like a totally different place (which it is sort of) when the breeding birds are around.

Enjoy.....Sheila
Posted by Sheila Carroll at 5:45 AM No comments: 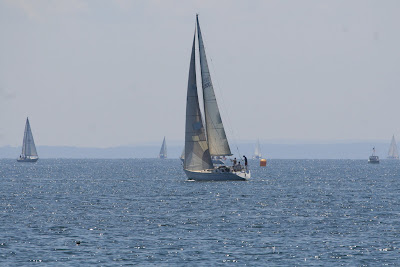 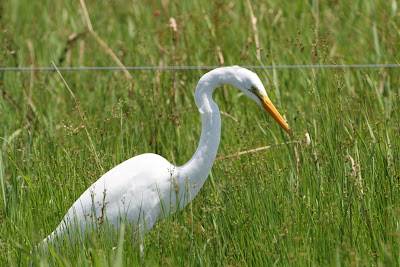 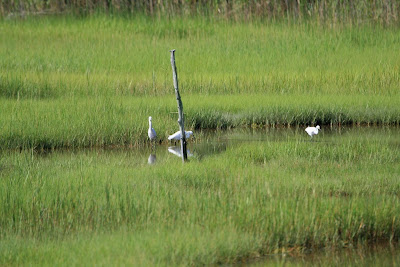 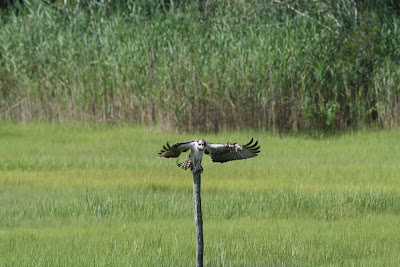 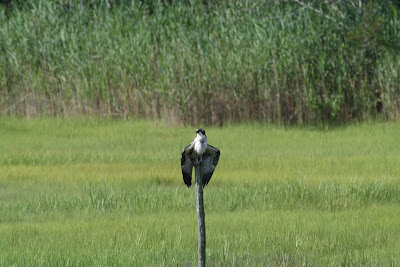 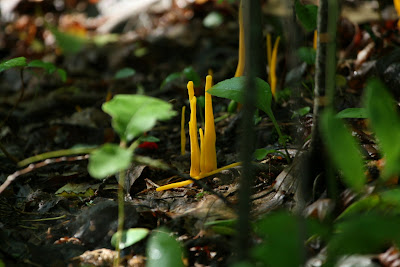 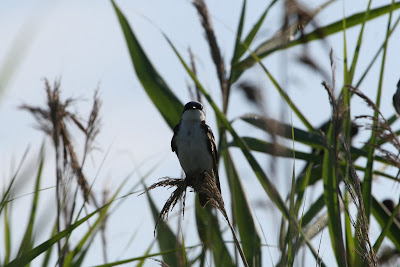 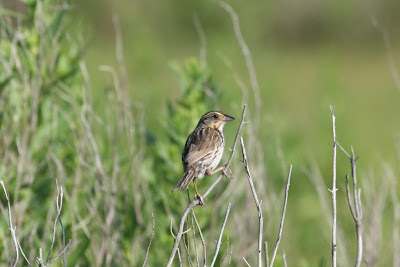 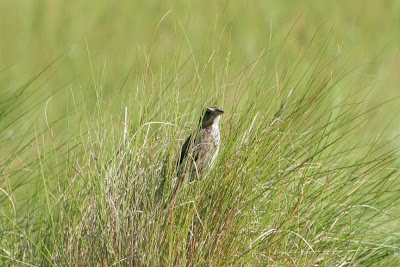 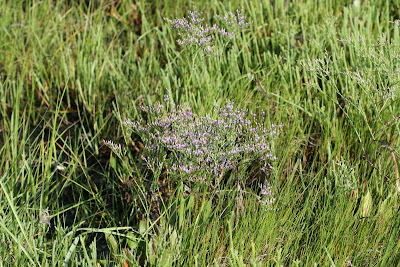 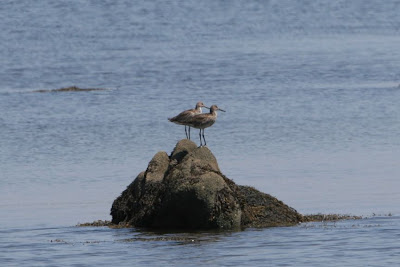 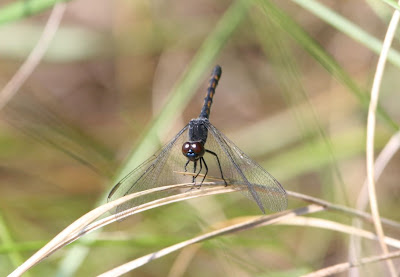 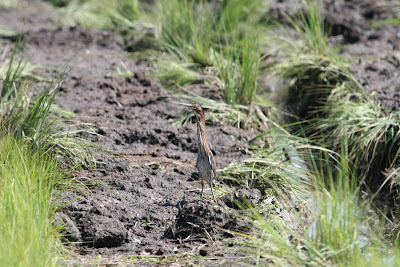 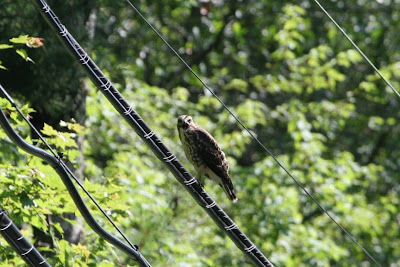 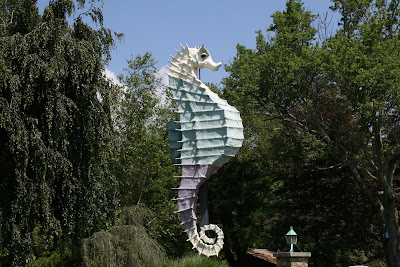 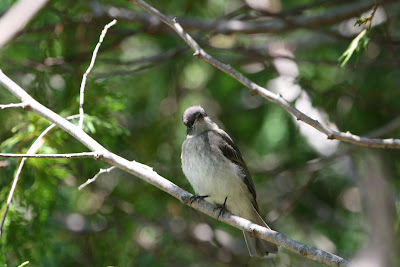 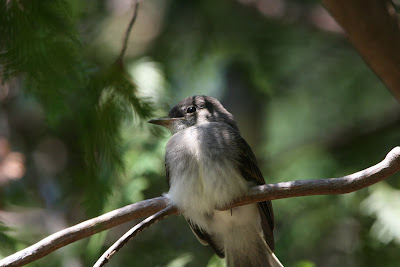 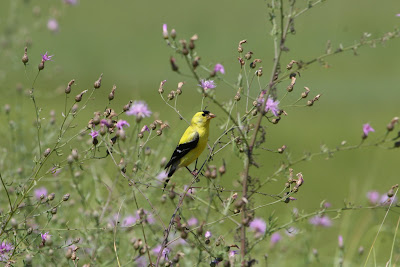 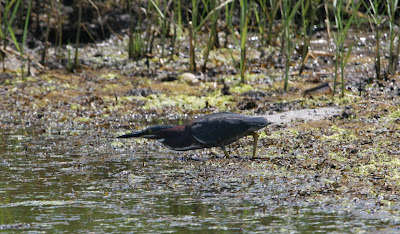 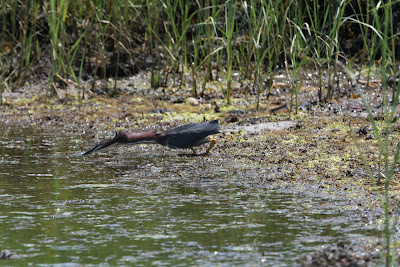 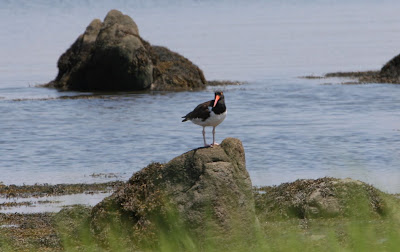 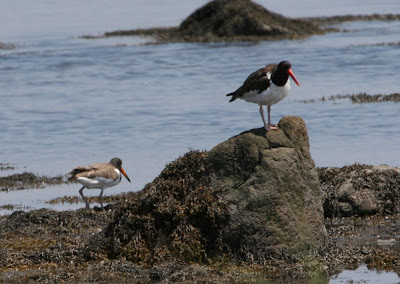