Driving into Quabbin in late summer is always a joy. And we still managed to upgrade one species for the atlas project....Winter Wren carrying food! However, going in Gate 35 proves enjoyable no matter what time of year. Soon after entering the gate we encountered (for the second time) a rabbit in the forest. We're trying to determine if this could, in fact, be a New England Cottontail. Both times we came across this animal it took off deep into the forest cover -- not usually the habitat for finding Eastern Cottontail. 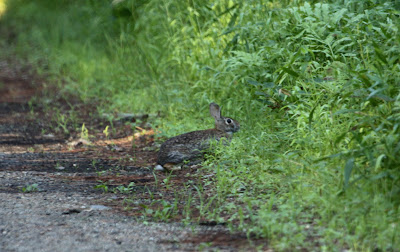 Since you arrive at the water fairly quickly from the gate, Common Loons were calling and flying all around. 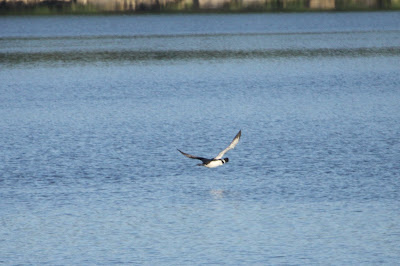 This bird flew from south to north to apparently join another adult who was calling for company. 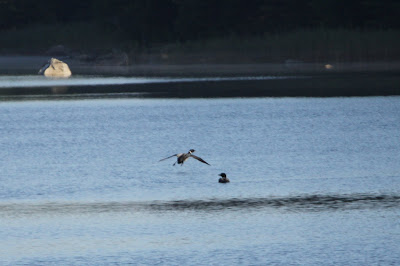 While we've found lots of adults, and some presumed pairs, we have yet to confirm breeding behavior in this block in Quabbin. 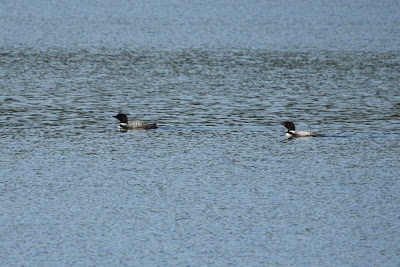 As we were checking the loons, a group of about 20 ducks flew overhear....going north as well. Most of the birds seemed to be juvenile Mallards, but it did look like there were a few Black Ducks mixed in. Although with all the interbreeding that's been going on, it's hard to tell a pure-bred Black anymore. 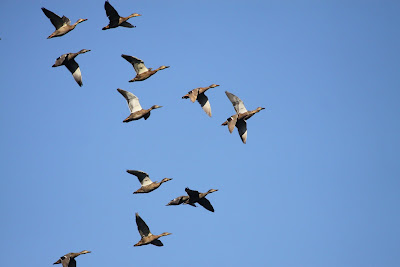 And we did have this juvi Common Loon....but it's impossible to tell if he was hatched in this particular atlas block. Still a nice look at the juvenile plumage. 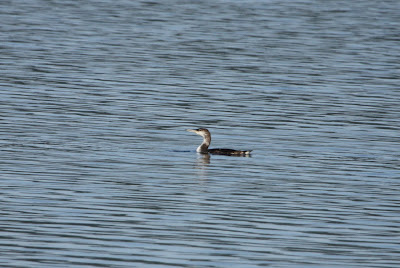 The big sighting of the morning was a Whimbrel that took off from the phragmites island and headed north.....calling all the way!

At the end of the paved road we had a little group of landbirds, so we decided to head into the forest and go out Gate 37. This Black & White Warbler was out feeding with a juvenile bird -- very quietly going about his business. 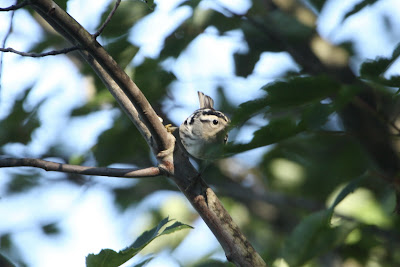 One of the mysteries we find every summer is the total lack of Ovenbird presence. So we decided to stop every 1/4 or so and play the call to see if we could at least get a verbal response. At our first stop we played the call twice and heard no response....however, I did see some moving around in the bushes so we decided to wait it out. Sure enough it was an adult Ovenbird and it never made a sound. 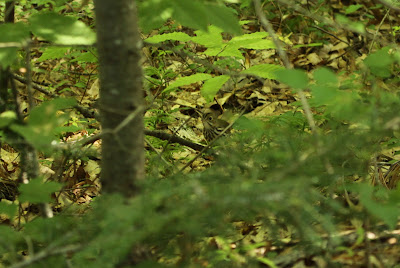 Eventually the bird put up in a low bush and started to walk along the branch -- still totally silent. We had this happen on two other stops, so we've come to an early conclusion that this very loud, consistent songbird of the forest, goes totally silent once the breeding occurs. 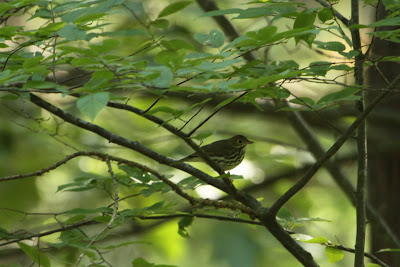 While stopping to look for Ovenbirds we also noticed a number of other forest songbirds. We had a pair of Scarlet Tanagers teaching their fledged young the art of fly-catching. As soon as a stepped into the woods to see if I could get any photos, the female bird came forward to check me out. 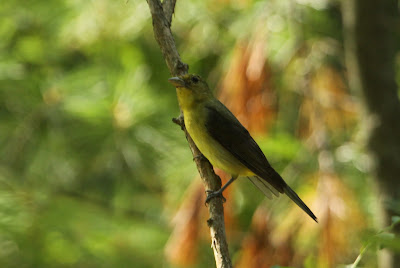 The male bird stayed close by as well, and his brilliant color kept distracting me every time one of the young got close enough for a photo. 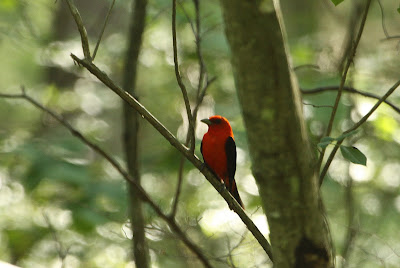 At the top of the hill along the ridge between Gate 35 and Gate 37 we had the usual Wood Pewee's, Towhees and an assortment of warblers, including Black-throated Blue, Pine, Common Yellowthroat and Chestnut-sided. We also had a plethora of Catbirds! 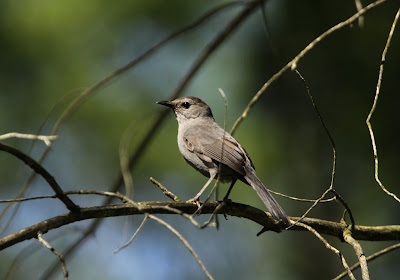 There were a number of unusual beetles on the Steeplebush that was growing in and among the cut over areas. This year we seem to be much more attentive to invertebrate while we're out birding. It obviously started with butterflies, then odonates and now it seems anything that flies! 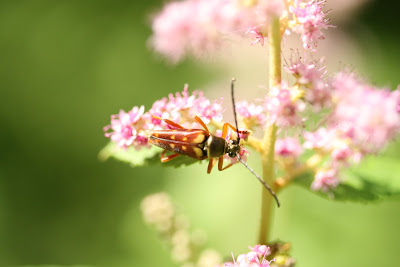 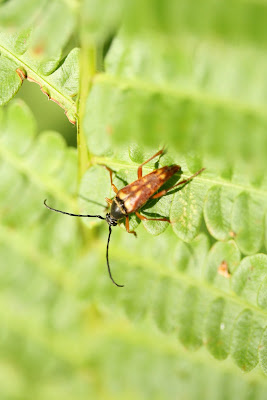 We headed out Gate 37 and had a long-tailed weasel run quickly back and forth across the road. Mark thought that if we threw out a cracker with goat cheese on it, we might get lucky since weasels have a great sense of smell....but no luck.

I did, however, get to photograph this beautiful Crown Coral growing on a decaying log. I actually find fungi to be as interesting to photograph as flowers. 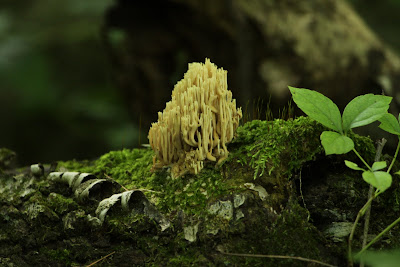 The deer flies seemed to be on vacation for at least part of the trip...so all in all it was a morning well spent in a wonderful place!

Posted by Sheila Carroll at 8:05 PM No comments: