We had a small, but enjoyable, class trip Saturday to the Great Meadows IBA. Actually we stayed mostly in the Concord section of Great Meadows hoping for fall migrants, especially landbirds and possibly an unusual goose. 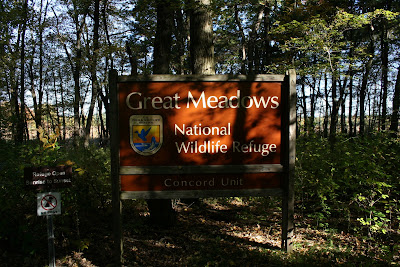 Most of the action was taking place along the dike. We had pipits flying overhead and a number of pine siskins as well. And sparrows...lots of sparrows. 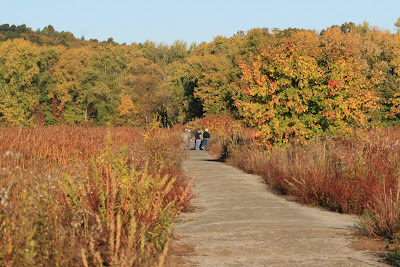 There were good numbers of ducks, as well, but the only one who came close enough to pose for the camera was this Mallard. 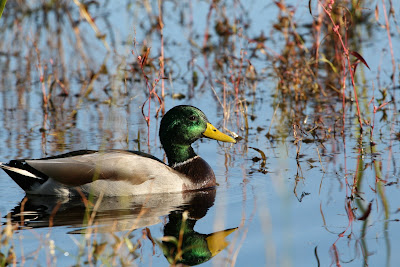 Swamp Sparrows were, by far, the most numerous sparrow. And when I stayed behind and stood in one place long enough, I had several moving in and out of the reeds and grasses along the road. 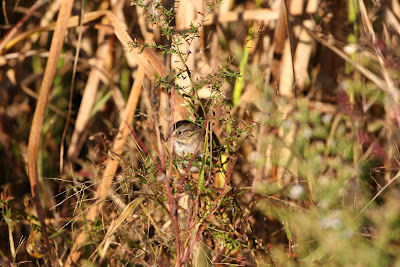 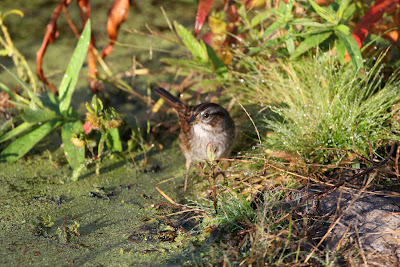 This one was acting like a Least Bittern the way he was stradling the reeds.... 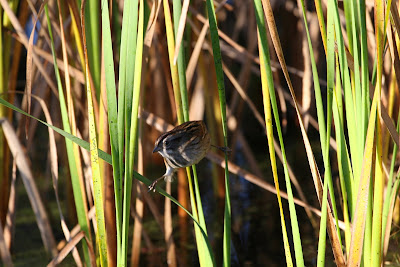 Also poking in and out of the reeds were a number of Marsh Wren. 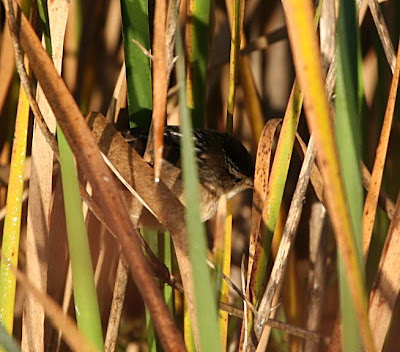 I watched this one bird play peek-a-boo, poping in and out along a 10-foot stretch of the reed bed. 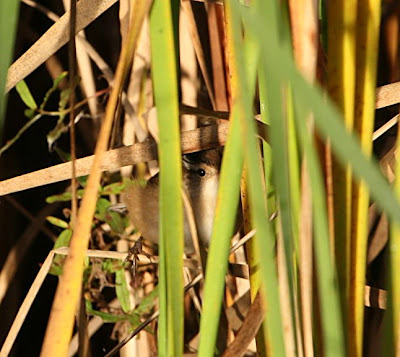 Finally, she made an appearance long enough for me to snap a picture and confirm that it was a Marsh Wren and not a hoped-for Sedge Wren. 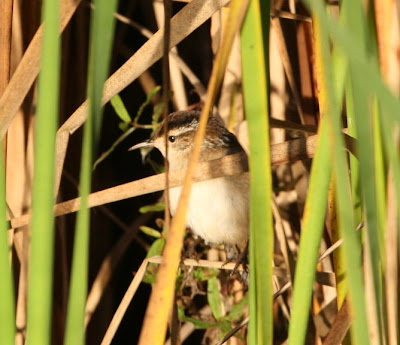 We also had good looks at Song Sparrow..... 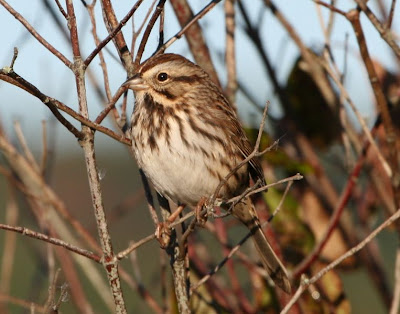 and this Common Yellowthroat which I kept trying to make into an Orange-crowned until she finally put up into a tree. 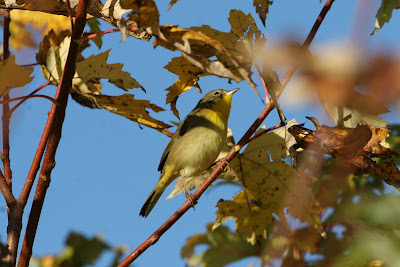 The weather was beautiful, the birds were great and it was a well-spent morning. 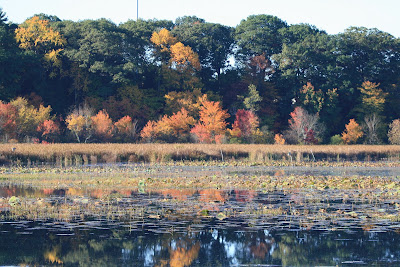 Posted by Sheila Carroll at 8:54 PM