This past weekend we had a wonderful class trip to the Quabbin Reservoir and it reinforced for me why October is my favorite month...even though it does mark the beginning of that long slide into winter and cold weather. But I won't go there yet, since it's still October and I refuse to let this month slip away! This trip was special not only for the weather and fall foliage, but the hawks were definitely on the move, especially at the Enfield Lookout. 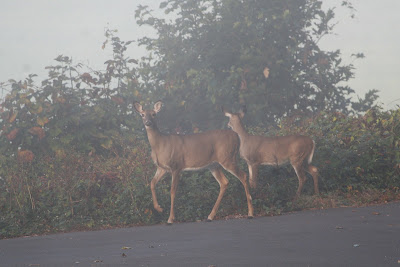 We started the trip with a slight fog rising from the reservoir and while Mark took the class on a crisp hike across Winsor Dam, Dan Berard & I drove around to the other side to meet them with the cars. As we approached the dam, we surprised these two white-tailed deer out for a morning walk themselves. 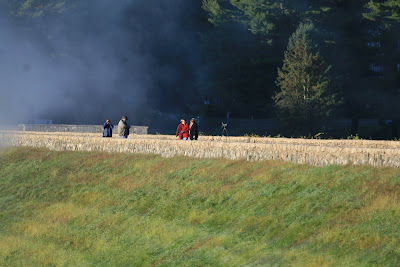 While we waited for the group to catch up with us, we were treated with a fairly close Common Loon diving for his breakfast and chasing the fish up to the top of the water so that you could actually tell where the loon was by the activity of the fish just below the surface. 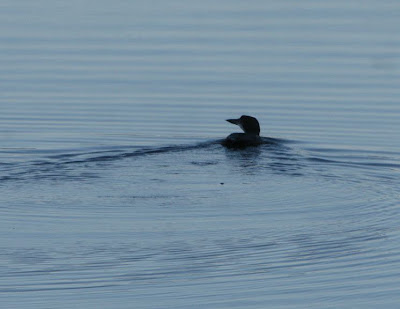 Now one of the oddest pictures I took was what I thought was one of the deer getting ready to spring out of the where she was browsing and bound across the road. When I got home I realized that what I was actually shooting was not a deer getting ready to spring into the nearby woods, but rather it was peeing! Now I know some of you think Mark & I are "weird" (and we are), but even I wouldn't spend time trying to get the perfect shot of a deer peeing. It's sorta like when the cats go to the litter box -- they just want to be left alone and they don't want you watching them! 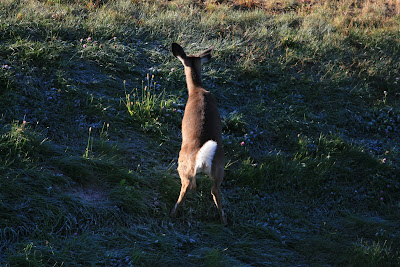 The Spillway where the Raven's breed was running pretty fast for October... 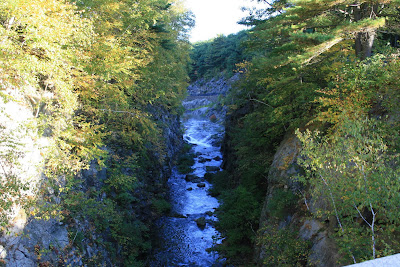 and while the Common Ravens weren't anywhere in the vicinity, they were around. 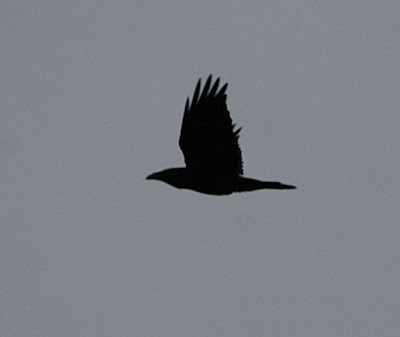 The cove where they keep the DCR boats had that early fall look about it... 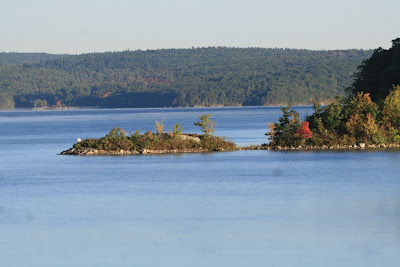 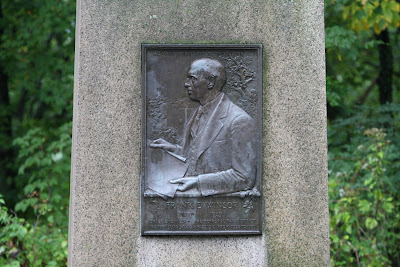 And while the pull-in at the Winsor Memorial was quiet, we did have a nice movement of Black-throated Green warblers up at the tower. 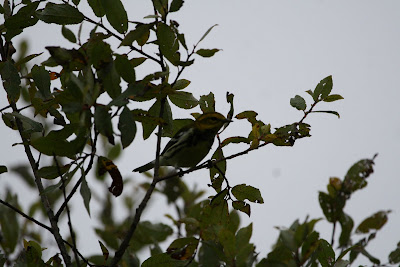 But the highlight of the morning (and it was a morning only trip) was the raptor show at the Enfield Lookout. 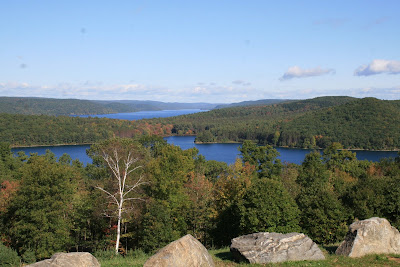 We had a number of Bald Eagles (both adults and immatures) putting up over Ram Hill. 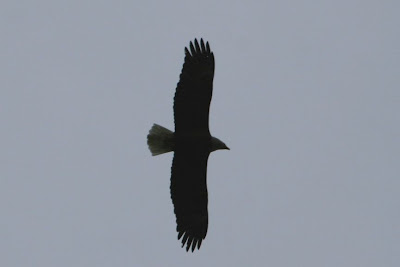 And the Red-tailed Hawks were definitely taking advantage of some great weather to migrate. 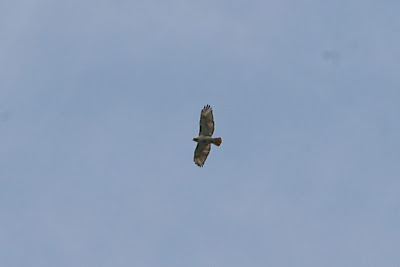 Now hawk-watching is NOT Mark's favorite birding activity, but the class certainly seemed to enjoy the time we spent at Enfield. 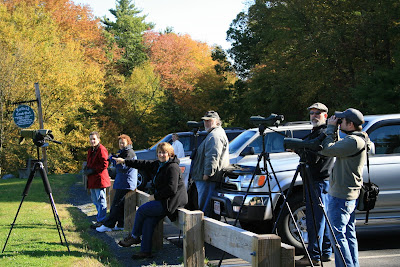 We also made a stop to check out the fringed gentian in the Quabbin area..... 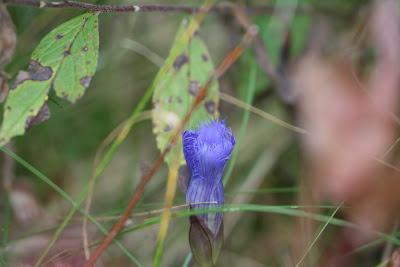 and another quick stop, this time at the Rt. 9 marsh, produced this young Belted Kingfisher 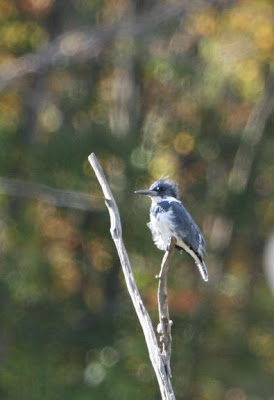 We then moved on to the Fish Hatchery to check how many Killdeer were moving through. 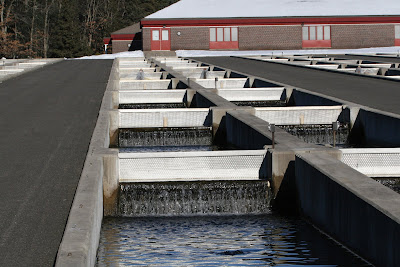 Our numbers were up around 40, so it's clear that this location is very important to this shorebird before it heads out for milder winter climes. 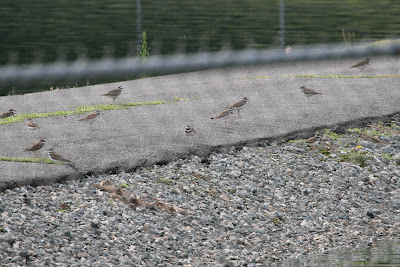 Even so, this place is one of the best places for the potential over-wintering killdeer (especially in somewhat milder winters). 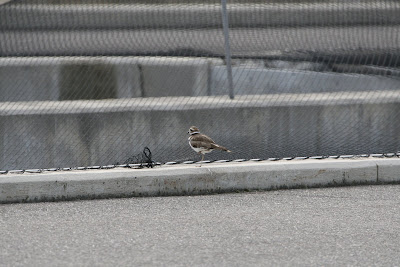 Like I said a wonderful early fall trip with a great showing of birds.....and birders!