Last Saturday (10/11) we spent a gorgeous day in the Westport vicinity checking out late migration. We started around 8 a.m. with a leisurely walk out Gooseberry Neck and immediately noticed the numbers of jays and Yellow-rumped warblers making the most of this natural migration corridor. The bluejays, especially, were headed onto the mainland in large numbers and they only put down when there was a merlin in the area. Since they didn't stop long, it soon became obvious that I was NOT going to get any photos. So when you look at the following pictures, just try to IMAGINE that there are bluejays in the photo.... My inability to get any discernible shots of bluejays on Saturday soon became the (not-so-funny) joke of the day. 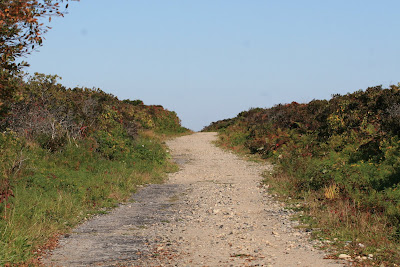 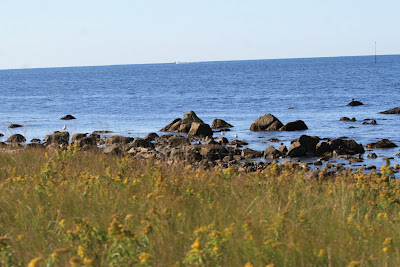 While the jays weren't cooperating, the yellow-rumps certainly were. We had huge numbers in just about every plumage, including this bird which seemed to still have some definite immature plumage still going on. (Check our Mark's Massbird post for the day if you want to see the actual numbers.) 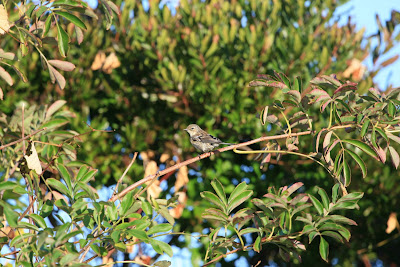 Many of the birds just put up and posed for a minute or two but I definitely got my share of photos of fall yellow-rumped warblers. 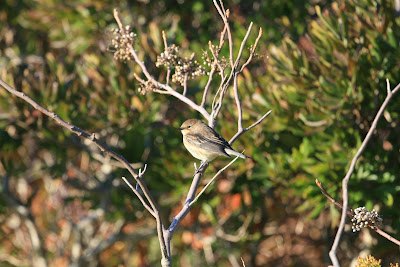 One of the more exciting pictures for me was this one of the actual yellow rump! Even before shooting digital, I had never managed to get a good clean shot of the yellow rump, so I was very happy. 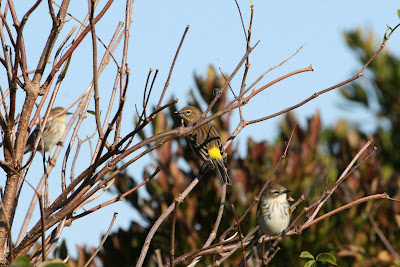 I thought we might get a good falcon migration, but the only falcons we had were a few merlin (harassing the jays) and a few Northern Harriers wafting just above the top of the bushes along the road. 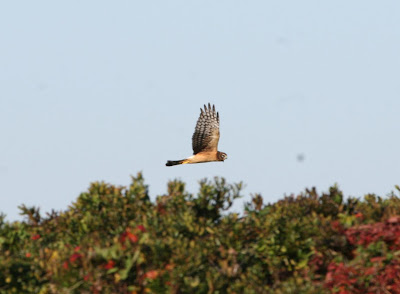 While we did have a smattering of other warblers, the yellow-rumps so dominated the landscape that I found myself getting really excited about these Common Yellowthroats! 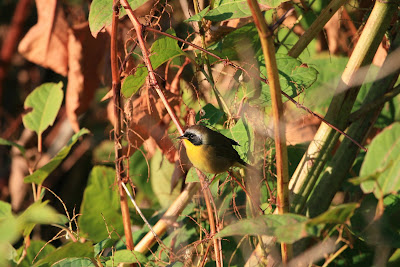 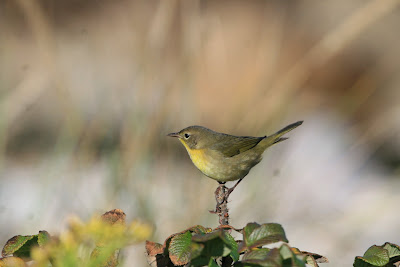 Along the way out we had good numbers of Monarchs and as it started to warm up we noticed a number of Ladies as well. 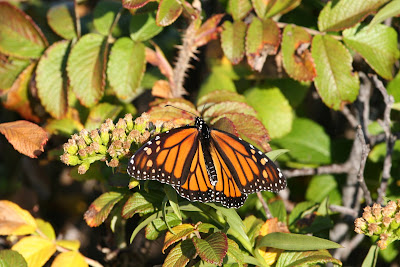 This American Lady was once of the more cooperative. And if you enlarge the photo you'll notice he has an injury on his body where some landbird tried to take a bite. 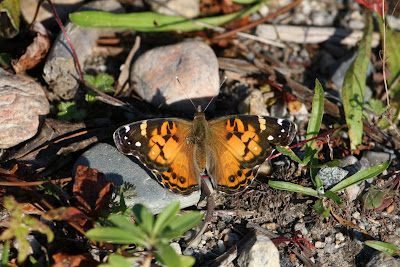 The Clouded Sulphurs also put on a show, especially in the fields at the Allen's Pond Mass Audubon sanctuary. 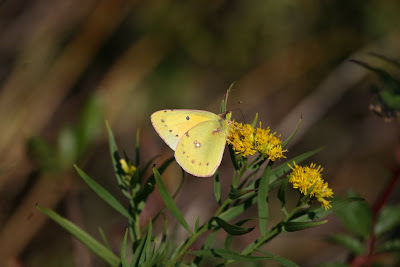 We were somewhat surprised that the marshes along the Westport River failed to produce any lingering Osprey. We did have one bird over in Acoxet, but I would have expected to see a few more birds still hanging around. 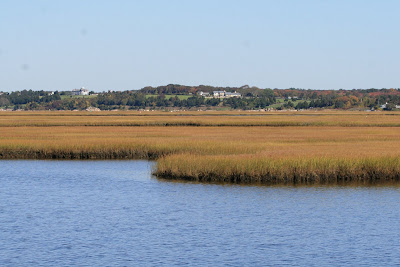 However, there were good numbers of Great Egrets still in the area.... 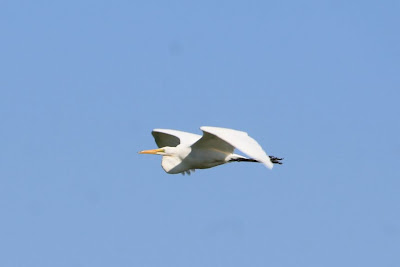 One of the nicest surprises of the day was the "discovery" of a new Trustees' property along Drift Road -- Westport Town Farm. The rolling fields going down to the Westport River produced a nice representation of kinglets, sparrows, yellow-rumps and a few bluebirds. 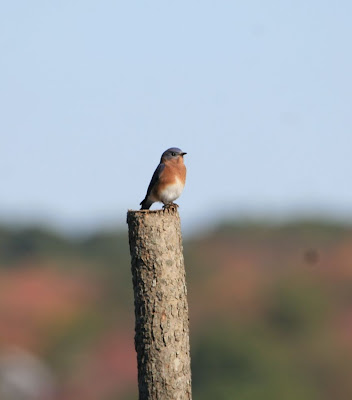 The property was beautiful (as most Trustees of the Reservation properties are) and we were thrilled to find yet another great place to bird in Westport. 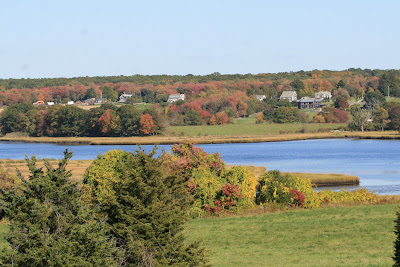 A truly wonderful fall day exploring this beautiful area with a perfect mixture of birds, butterflies and fall foliage. It was the sort of day when you get a blend of "spring fever" combined with melancholy! Don't ask me to explain it....but they are the days you really want to capture and hold onto.

Posted by Sheila Carroll at 8:44 PM