This morning (in between downpours) we found a beautiful male Barrows at Wachusett. The following photos were taken quite a ways off (under not-so-great conditions) so I do apologize for the lack of crispness. We sent out notices in between the two visits to the reservoir, so I hope other birders got out to see the bird. BTW the flock was in South Bay (along Rt. 140) near the eastern end. There were fishermen around, so the birds were moving a bit. The first flock we had there had 22 birds, when we went back 2 hrs. later, there were only 9 males -- some of the other males and all the females were gone. We also had a nice flock of 7 Horned Grebes from the Scar Hill bluffs. 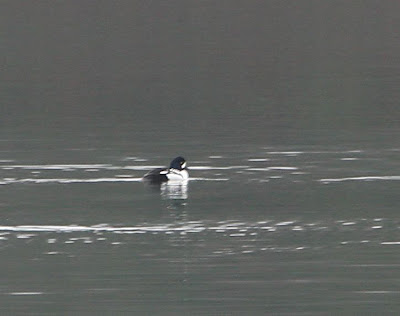 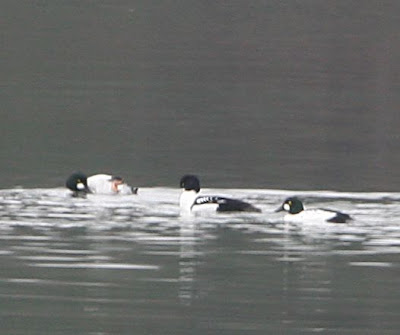 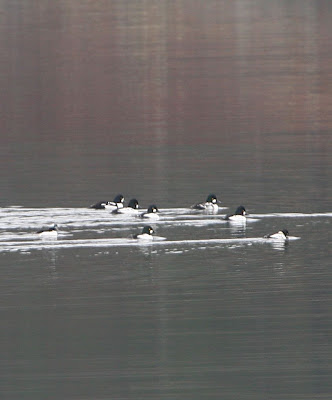 Posted by Sheila Carroll at 1:11 PM