Saturday found us doing "gallery birding" with the New Haven Bird Club at the Worcester Art Musuem. Last winter they had contacted Mark because they had heard about his lecture on "Birds in Art" so we travelled down to New Haven for one of their club meetings. Some of the folks were very intersted in coming to WAM to experience the gallery birding Mark talked about, so on Saturday Mark performed his docent role at the museum and led a small but enthused group of gallery birders on a tour. 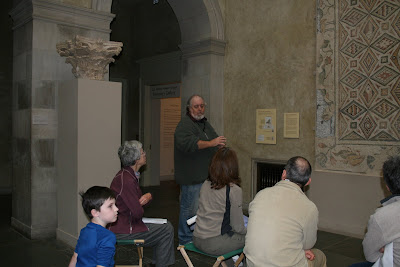 It's always interesting to get people excited about "finding" birds and the Antioch mosaics provide a wealth of opportunity to do this. Including the Purple Swamphen and Ruddy Shelduck along the edges of the KTICIC (pronounced ka tis sis) mosaic. 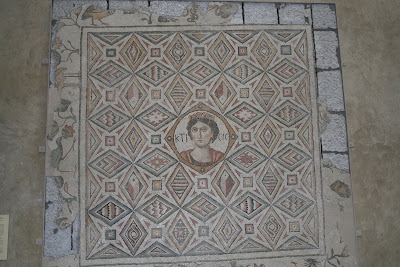 The highlight of the tour for me were the following two pieces in the Japanese gallery that haven't been up for quite a few years. Just like in real birding, there can be some controversy over bird identification and that's true even in gallery birding. Mark feels the bird depicted on the back of this kimono is likely a phoenix rather than the elaborate chicken (Onagadori) as identified on the label. Sounds like research will be undertaken momentarily! 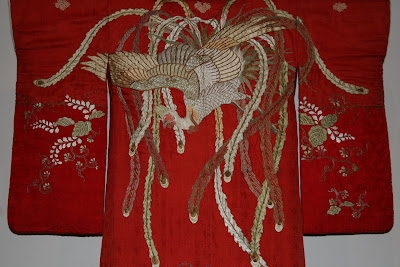 One of my favorit pieces in the museum's collection is the Japanese crane screen. I hope someday to travel to Japan in winter and see the large gatherings of cranes. 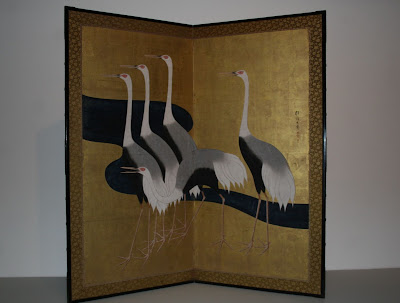 One of the nicest things about birding at the Worcester Art Museum is getting the trip list in advance....not something you get to do all the time with real birding.

After Saturday's "exotic" birding, on Sunday we took a trip to the Windsor area to look for any signs of winter finch invasion. We had high hopes of White-winged Crossbills and Boreal Chickadees simply dripping off the trees. Secretly, though, I feared the worst -- no birds but instead the dreaded SNOW! I have to admit I'm still not quite ready for that! Luckily in most places we were confronted with just a dusting...both of snow and birds unfortunately. 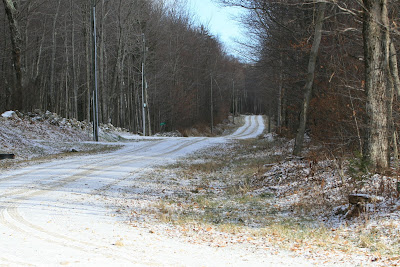 A new area we found when doing our atlasing this past summer included a wonderful group of spruce trees along Flintstone Rd. off of Rt. 9 (just west of where Rt. 8A turns north to the Moran WMA.) 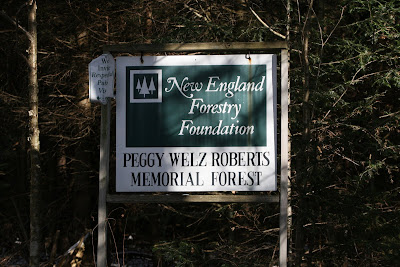 This was one of the few areas where we had good numbers of crossbills and found our only Boreal Chickadee of the day. While there were lots of birds here, things seemed rather quiet in most of the other spots we checked. It seemed the forested areas were getting ready for winter. 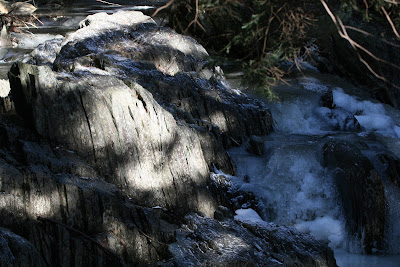 Windsor Jambs (in the Windsor State Forest) proved to be another spot where we came across some birds... but not in any great numbers as we had hoped. 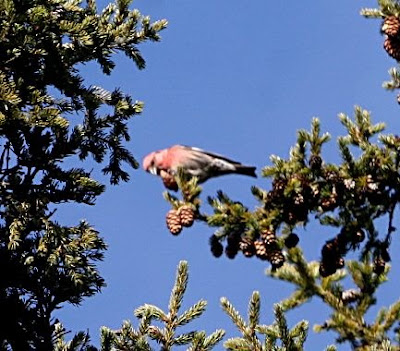 We left the area with some nice sightings of White-winged Crossbills and one territorial Pileated Woodpecker. 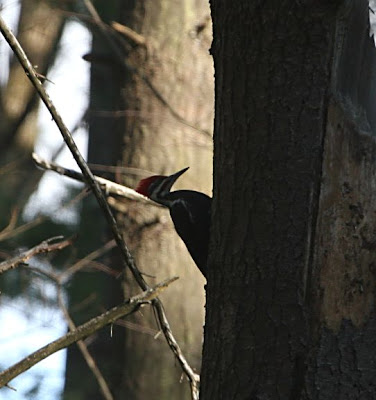 On the way home we stopped off in Amherst and met Val Miller for lunch. A quick stop at the Worcester Airport (hoping for Snowy Owl) turned up nothing so we called it a day and headed home to the cats.
Sheila
Posted by Sheila Carroll at 5:33 AM