This was our last class trip of the season, and we had cancelled our trip to Westport twice before due to wind and rain. There must have been a reason, because today was fabulous. We started out at Gooseberry Neck at about 8:30....rather late and the class commented on it. 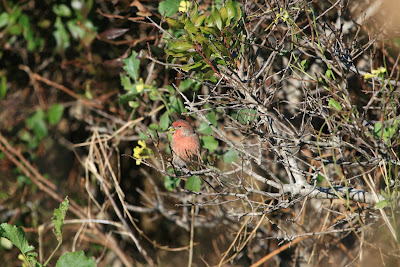 As we started down the road, we had a nice show of House Finch.... 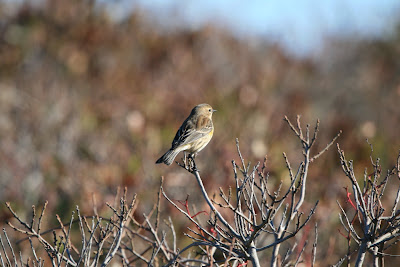 And the usual conglomeration of Yellow-rumped Warblers. Thank goodness their call note is so distinctive, because it was a little breezy and these fellows just kept flying. 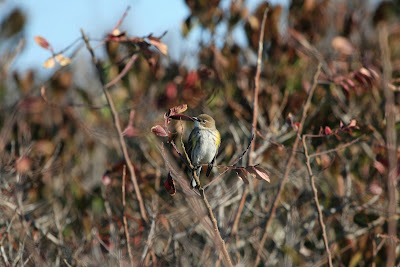 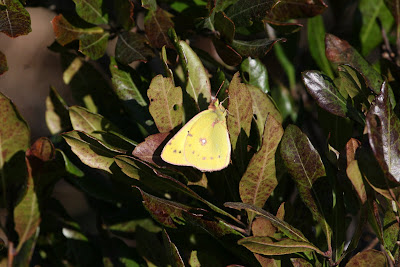 and an American Lady even! 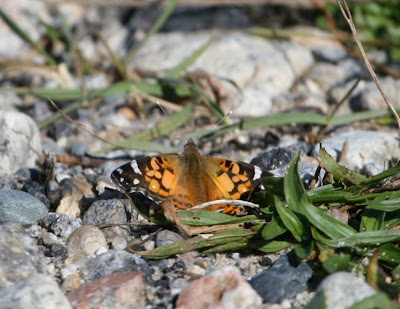 But the real show of the morning were the flocks and flocks and flocks of Pine Siskins coming in off the water and moving towards the mainland. It was just like the flight of Bluejays we had two weeks ago......and much like those darn jays, these Siskins were whipping over. Sorry for the poor photos, but trying to get a group of 30 birds in focus in the sky as they fly past you very fast....well you understand. 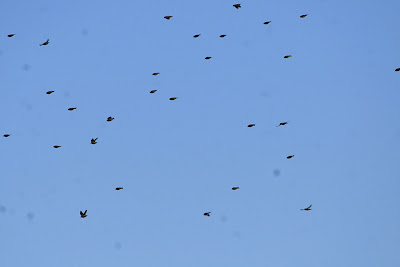 At least in this photo you can see the prominent yellow wingstripe on a couple of the males as they whipped by! 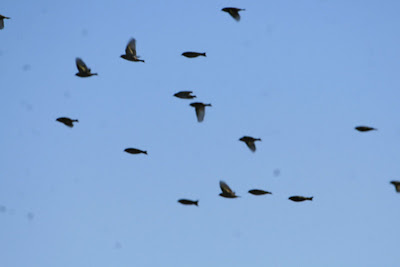 But the highlight of the day, by far, was the Grasshopper Sparrow that virtually stayed in the same spot...we had him on the way down the road and the way back. We wanted to make absolutely sure that it wasn't a Henslow's Sparrow, and I felt the pressure as everyone kept saying "wait til we check the photos against a field guide". That assumes the photos are going to come out. I think I still suffer from my decades shooting slides with a 500mm mirror lens. I used to dread when the slides would be developed after 2 weeks and I'd throw nearly 50% out.

But that wasn't the case today. 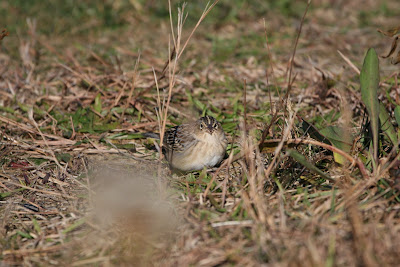 I could probably post another 20-25 photos that show the bird doing virtually the same things. This is one case where the shots came out. 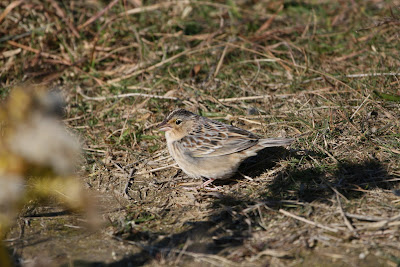 The facial markings (especially on the right side) were noticeably orangey. 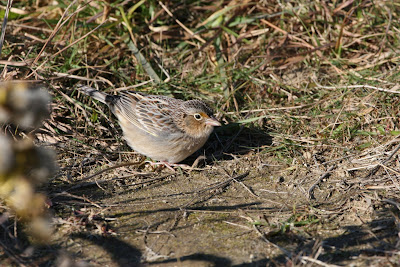 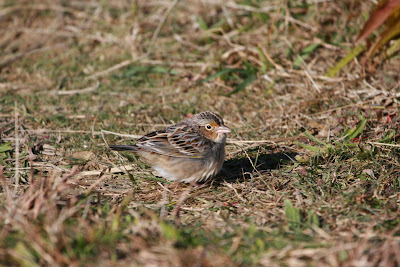 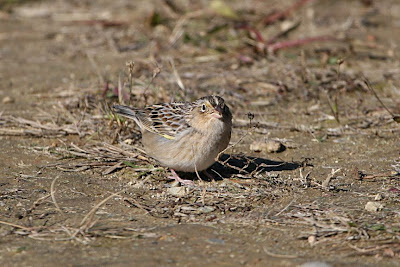 An absolutely wonderful way to end the class and the weekend.
Posted by Sheila Carroll at 5:25 PM