This past weekend was Worcester's Christmas Bird Count (no.3 for Mark & me) and, by far, this was the hardest. I keep wondering what Quabbin will be like, since they seem to get harder with each one that we do! I wish we could do them in the spring and call them Easter Bird Counts. We started Saturday's count as usual in the pre-dawn hours. Only this time we had to do some snowblowing instead of owling. 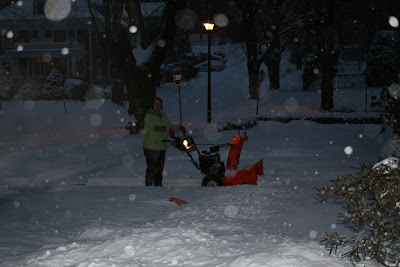 In fact the only owling we were able to do was to spot this one on the back porch of the Boylston Municipal Light building. This much be his territory, because we always see him in almost exactly the same spot.... 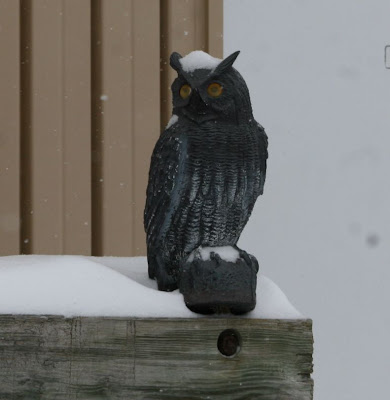 At dawn we decided to hit South Bay at Wachusett Reservoir and see if any ducks were hiding out from the storm there. The viewing conditions were less than desirable. 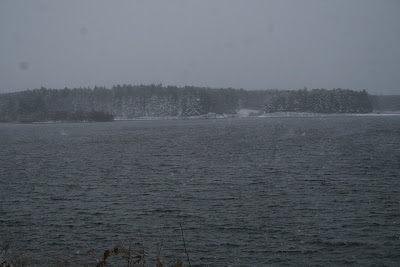 Although we did manage to find a flock of Common Goldeneye. We searched for a Barrow's, but couldn't make any of them into one. Later we learned there was a female Barrow's on Lake Quinsig (interestingly this was a new species for this CBC.) 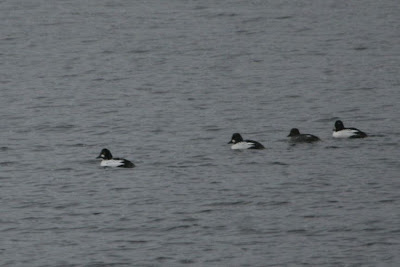 We also spotted a little Hooded Merg staying close to shore and keeping out of the snow as best he could. 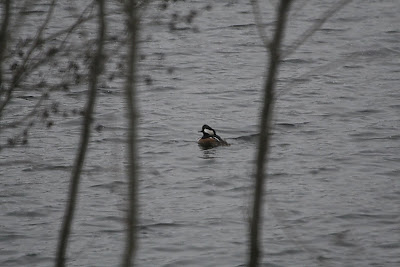 We continued moving around the west side of the reservoir and poking into what streets were passable looking for feeders and, hopefully, flocks of feeder birds. This snowy Robin was a pleasant surprise. 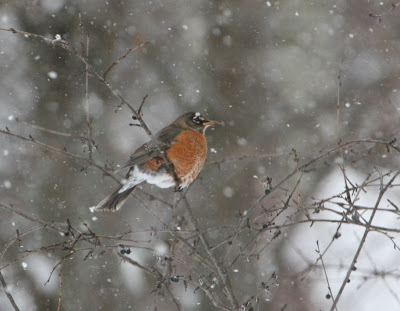 But even the domestic animals were trying to keep protected from the snow and cold. 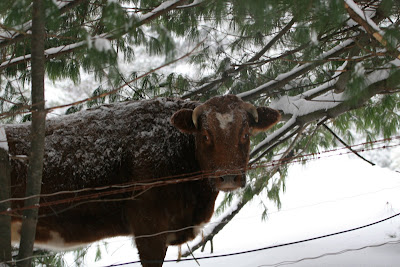 While we grumbled about the poor weather conditions, lack of birds, slippery roads, etc. I was taken by this rather picturesque scene on the Boylston Town Commons. The only thing missing were the lights and carolers! 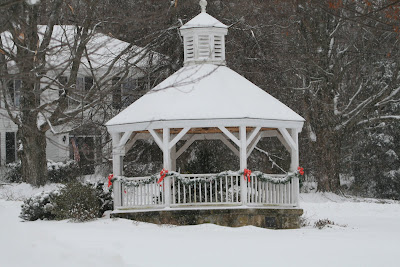 We really had to work hard to pull out even the most common of birds...it's like they decided "an ice storm and a foot of snow....maybe we should head south". This White-breasted Nuthatch was 1 of only 4 we had for the day. A paltry number.... 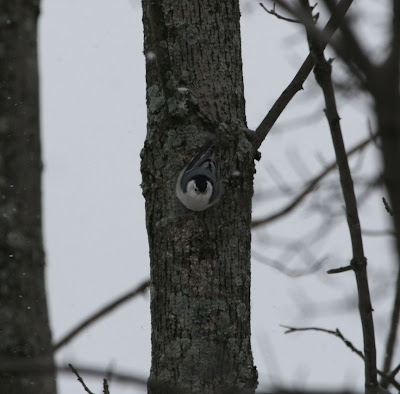 Woodpeckers were scare as well. We only had 3 each of Downy and Hairy for the day, and this Hairy wasn't making a sound when we found him. However, we did have a Flicker near Cyprian Keyes constantly calling due to the Red-tailed Hawk perched nearby. 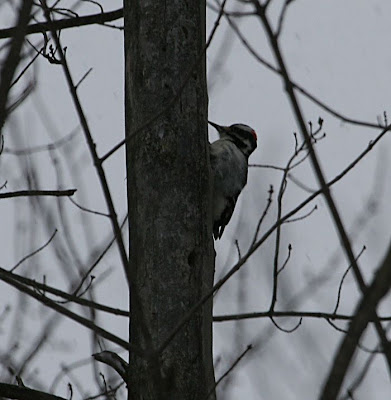 We checked back at Wachsett several times to see if viewing conditions were improving and more birds were visible.....Not. Although at one point we did have a Common Loon tucked in one of the coves along the west side of the res. 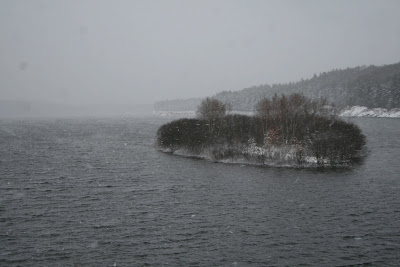 Driving through some farm fields near the Boylston/Northboro line we came across this very cold-looking Mockingbird tucked in low on a bush. There were a few sparrows rustling nearby, but no one wanted to come out in the weather. 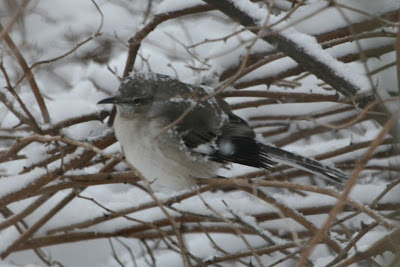 We did keep coming across small pockets of Robins, especially where there was a good berry crop and running water (both of which seemed plentiful.) In fact, Robin ended up being the most numerous species we had in our sector -- 147 individual birds! 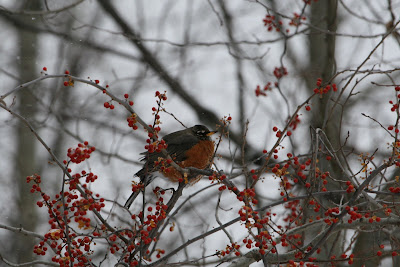 Although not as numerous, Cardinals seemed to be everywhere. Besides the 30+ we had in our sector, we had at least half that amount just in our backyard under the feeder when we went home for lunch and checked. We also had a Carolina Wren and Red-bellied Woodpecker at the feeder....At one point we were thinking that maybe we should have just stayed at home and watched the feeder! 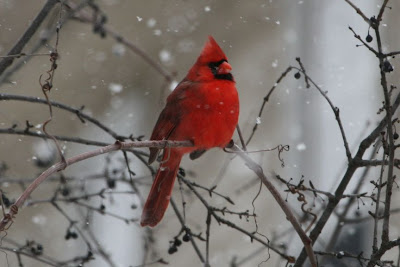 But we didn't. So we ended our section of the Worcester CBC with a grand total of 37 species, with Savannah and Swamp Sparrow being the more unusual species for us.

We didn't have a compilation due to the weather, but John Liller (the leader for this CBC) reported a total of 62 species for this year's count...not bad considering it snowed from dawn til dusk!

So now it's on to CBC No.4 -- Quabbin; but that's after Christmas which is probably good since I've just finished writing out Christmas cards. Next I think I'll do some shopping and maybe even put a tree!

Regards....Sheila
Posted by Sheila Carroll at 6:02 AM