Scouting for the Sturbridge CBC

This morning we decided to head out to the count circle for the upcoming Christmas Count for Sturbridge. We wanted to check and see if we would be putting people in harm's way by holding the count so soon after this ice storm. 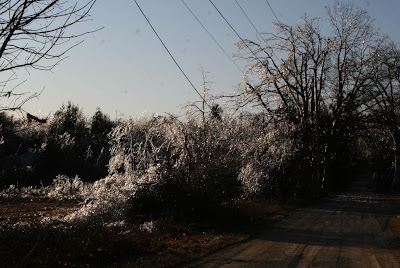 As we left Worcester via Rt. 9 we wondered what we would find, especially after seeing huge numbers of crews working in Leicester trying to restore power. 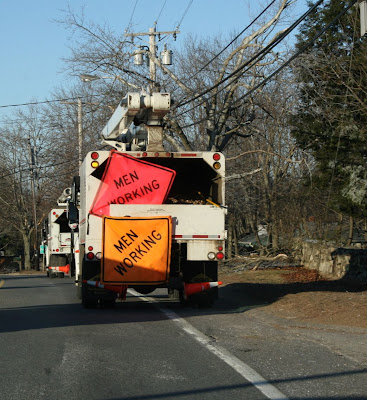 For the most part once we left the high spot in Leicester and moved into Spencer we were delighted to see the effects of storm dropping off the further west we moved. 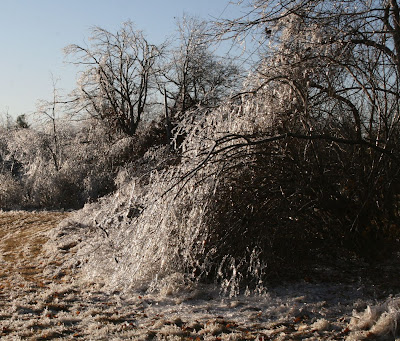 By the time we hit the beginning of the count circle just west of Spencer we saw very little ice damage, except along some high points in West Brookfield where the grounds were okay but the distant treetops still showed signs of Friday's storm. 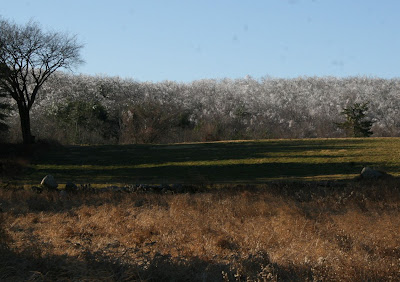 We circled through most of the western sections of the count area and then stopped by Bill & Nancy's store in Sturbridge to see if they had heard of any tree problems or power problems in the area. 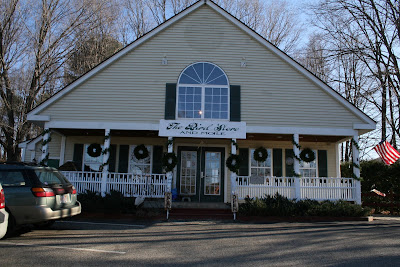 Bill mentioned that he heard parts of Charlton had been hit hard and also some problems around South Pond near Quabog. We had noticed a closed road in the area, but were able to get around fairly well. We were concerned about Charlton however since Bill seemed to think that the roads near Orlando's (where the Barnacle Goose had been) were in pretty bad shape. So we decided to head there and then go back to Worcester via Stafford Street. 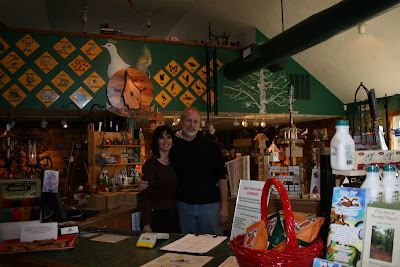 Not only were we able to get to Orlando's with no problem, we were shocked to find the Barnacle Goose feeding in the grass near the edge of the pond with several Canada Geese. This was right before 11, so I really didn't expect to see any geese at all based on last week's trip. 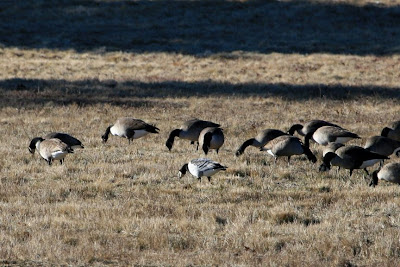 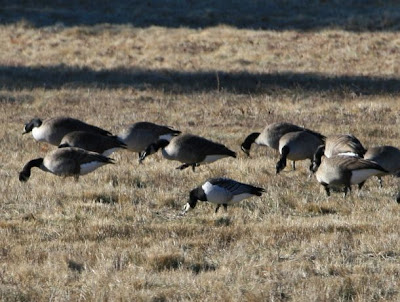 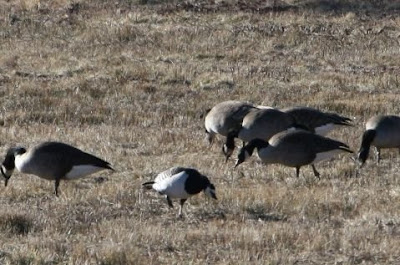 Since this is 3 days before the Sturbridge CBC, the bird officially can go down as a "count week" bird....and since I got photos we have the documentation already to send in!

Hopefully, John will be as lucky on Tuesday as we were today!