Three long, lovely days spent birding various parts of Worcester County -- and getting a jump start on some of the atlasing blocks. This included a wonderful land trust area right on the Connecticut border in Southbridge....The Opacum Land Trust. We had Virginia Rail and Least Bittern calling in a huge cattail marsh. 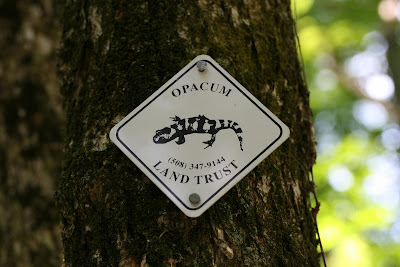 And Yellow Warblers seemed to be everywhere we looked. 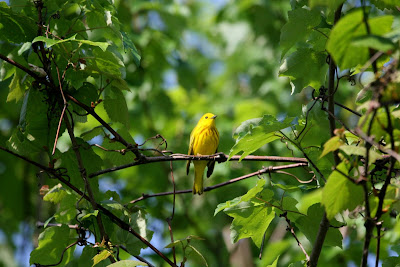 We had both female and male Bluets (not the flower) 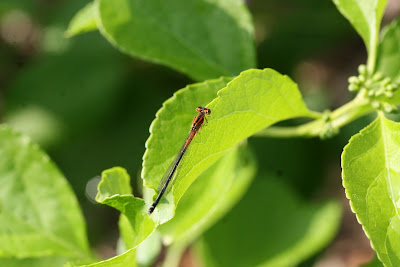 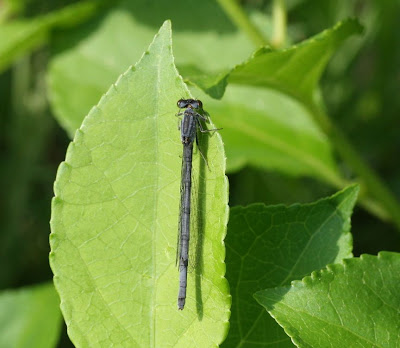 We also stumbled upon a family of newly-fledged Carolina Wren. And while the parents were being very quiet and discreet, the fledglings were popping in and out of every bush and log....almost like they were playing hopscotch with each other. 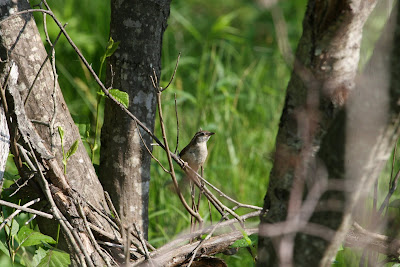 In our Warren blocks we visited Cranberry Pond..... 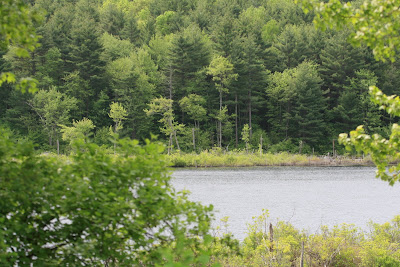 and while the emergent vegetation looked good for Wood Duck ducklings, we were disappointed with the lack of waterfowl. We did have a male Woodie, so it's likely the female was somewhere hidden nearby with the ducklings. 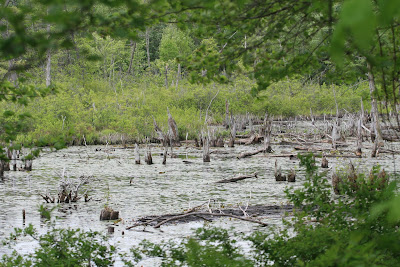 One of the great things about birding a number of different blocks is that you get a good variety of habitats and, therefore, a chance to see a good variety of birds. It's also interesting to see the same species inhabiting a number of different venues. This Great Blue Heron was is a nicely vegetated, but small, pond on a side road in Southbridge. 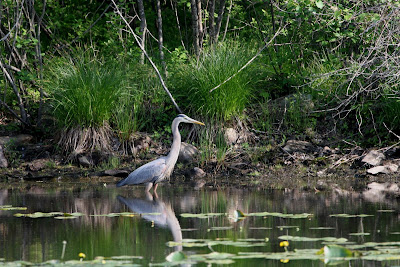 While this Great Blue, was in a very urban setting along the river behind the Southbridge Industrial Park in downtown. 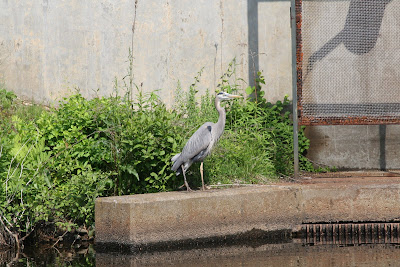 At that great marsh behind the deserted gold course, we had a hatching (if that's what it's called) of dragonflies. The tenerals were everywhere, even flying in the open windows of the car. We must have had several hundreds within a fairly small area. And they were in all state of development. Some even looked like their wings had not fully uncurled yet. While I'm not sure about the species, it's possible that they were all Blue Dashers -- but don't hold me to that. If anyone has a better id, let me know! 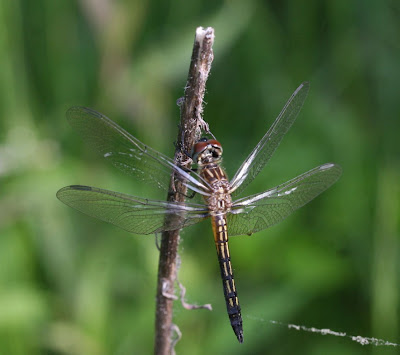 Now if you study the nest below you should be able to figure out the bird just based on peek you get at the tail. (of course I can say that since I saw the bird fly into the nest) 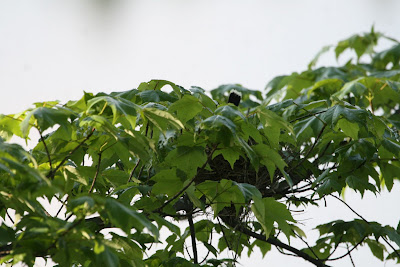 It was an Eastern Kingbird nest at eye level at the north end of Cranberry Meadow Pond! 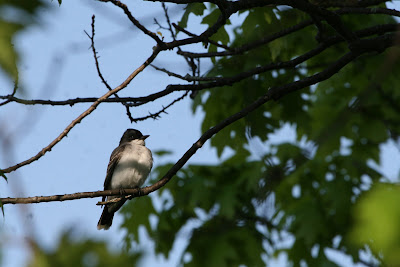 There were also Baltimore Orioles nest building in the same area. I think the traffic in the area is going to get amazing once both families start actively feeding young in the nest. 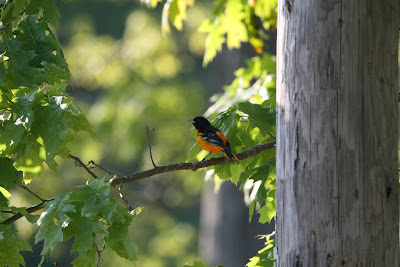 And what would a trip be with a turtle rescue? I'm happy to say this little guy made it safely and I now have yet another hand-held turtle photo. In fact I have so many that I've had to add a separate folder of turtle photos. And most of you should be getting really familiar with the freckles on Mark's hands. In fact you should be able to pick them out of a line-up! 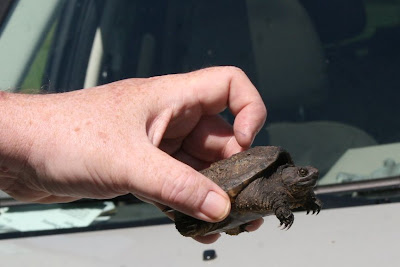 In Spencer (one of our Warren blocks) we came upon this family of geese scurrying away and I got out of the car to photograph them. 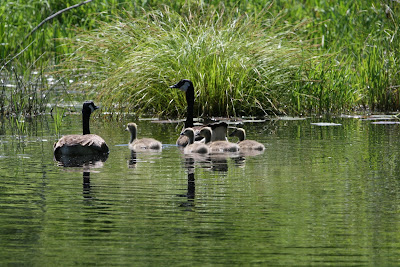 We've been trying to figure out whether or not Green Herons have been decreasing in Worcester County. I remember seeing them much more commonly 10-20 years ago, and even though some of the ponds we've visited look perfect, we're not finding them where we'd expect to. This is when I wish the atlas project was doing information with density instead of just noting the breeding status within a block. 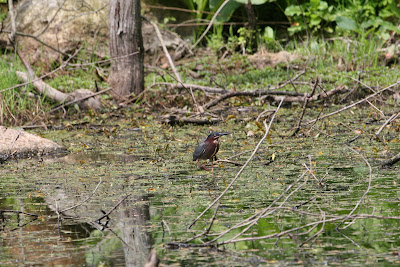 And we had our first Viceroy of the season in the WMA area near Quacumquasit. 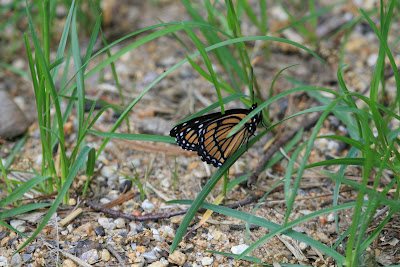 And, again, regardless of which block we surveyed, we came across breeding Yellow Warblers. 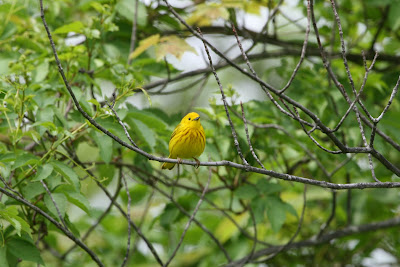 I'm also happy to report that we only hit one parade -- in East Brookfield near Lake Lashaway. 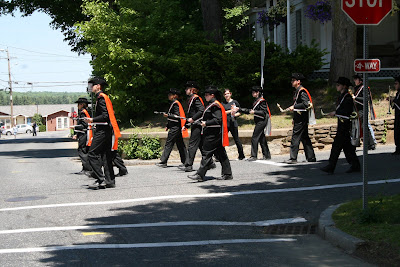 So ends our rather tame Memorial Day. Now it's time to get ready to kick off atlasing in earnest....stay tuned!


Regards,
Sheila
Posted by Sheila Carroll at 5:33 AM