Still searching for dragonflies (and early spring migrants) we poked all around Rutland State Park and Barre Falls Dam on Sunday.  The main roads through the park are still closed, so we could only do the periphery.  We did take a nice hike along a bit of the rail trail right off Rt. 122 and another into a hidden marsh with a small Great Blue Heron rookery and had two occupied nests.  And we also tried to do a bit of hawk watching from the dam.  Since it was Easter there weren't quite as many people playing disc golf as usual....which was definitely a plus. 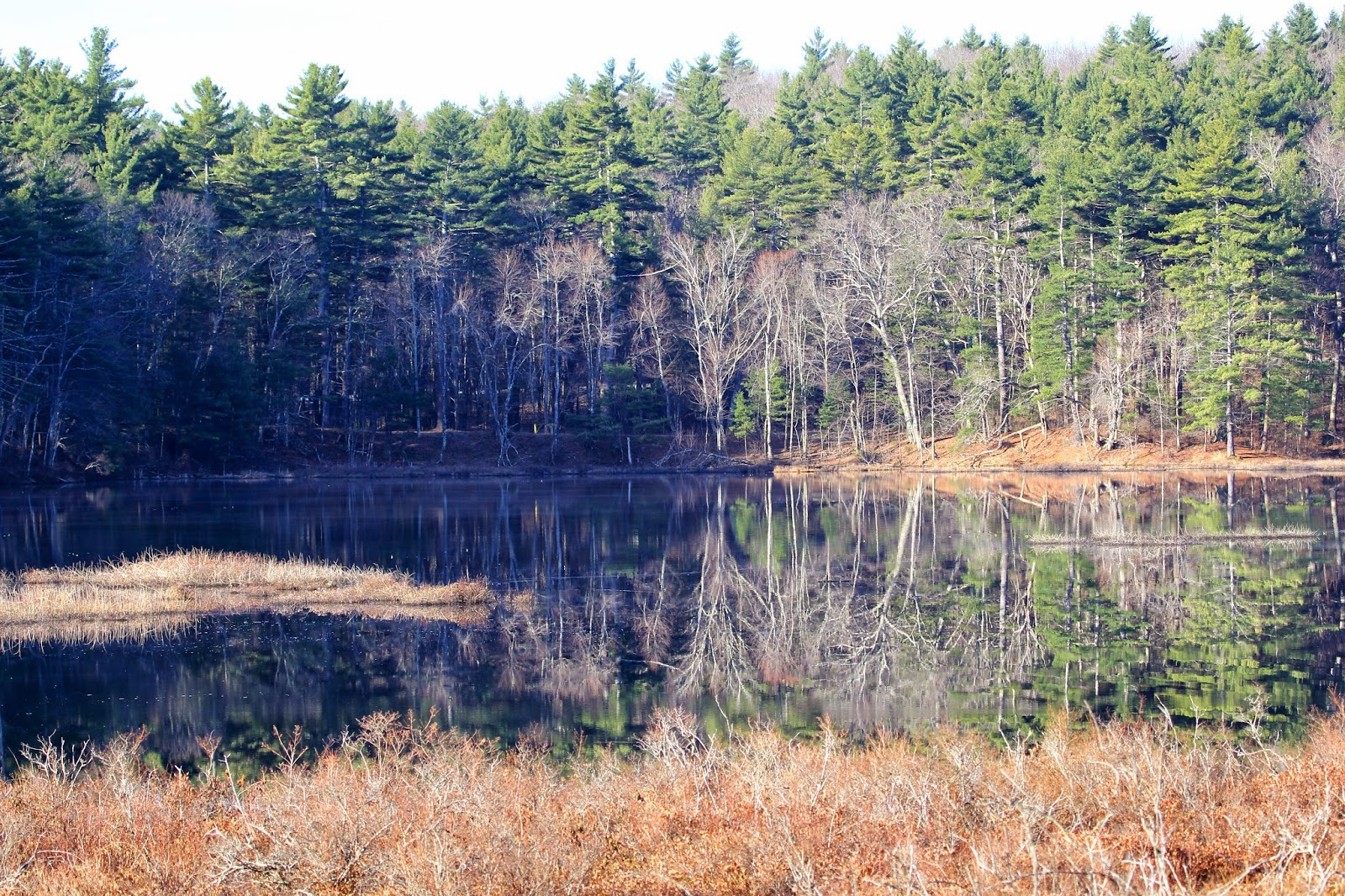 Walking along the rail trail behind Muddy Pond we had a a nice chorus of Pine Warblers, with quite a few Pines and some Yellow-rumps thrown in for good measure. 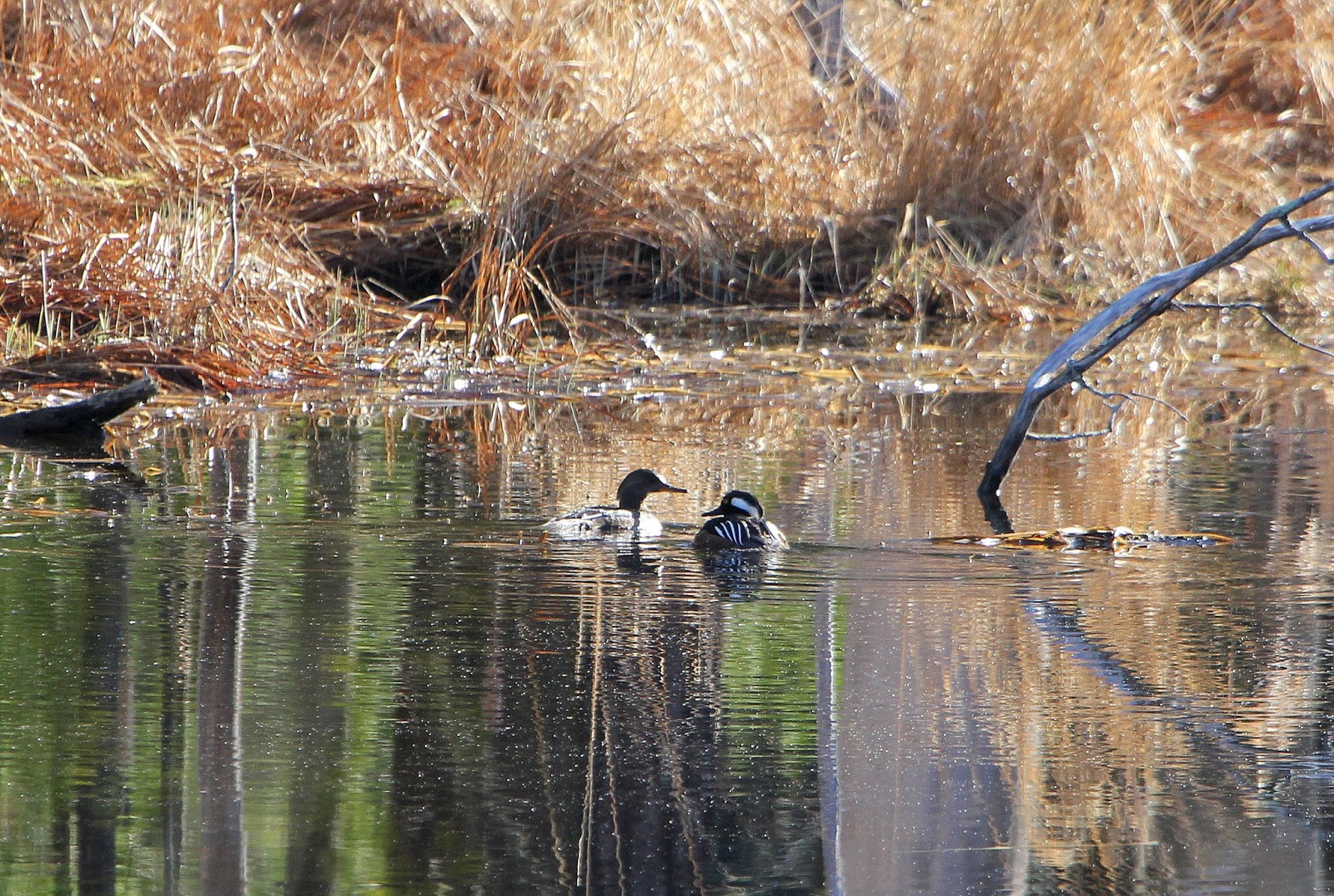 We also had the too-be-expected breeding ducks, include a few pairs of Canada Geese already on the nest along with both Hooded Mergansers and Wood Ducks still looking like there were searching for an appropriate hole in a tree in which to set up housekeeping.  Hopefully these two pairs will settle in different parts of the ponds and marshes so that we don't have to worry about the Wood Ducks egg-dumping in the nests of the Hoodeds. 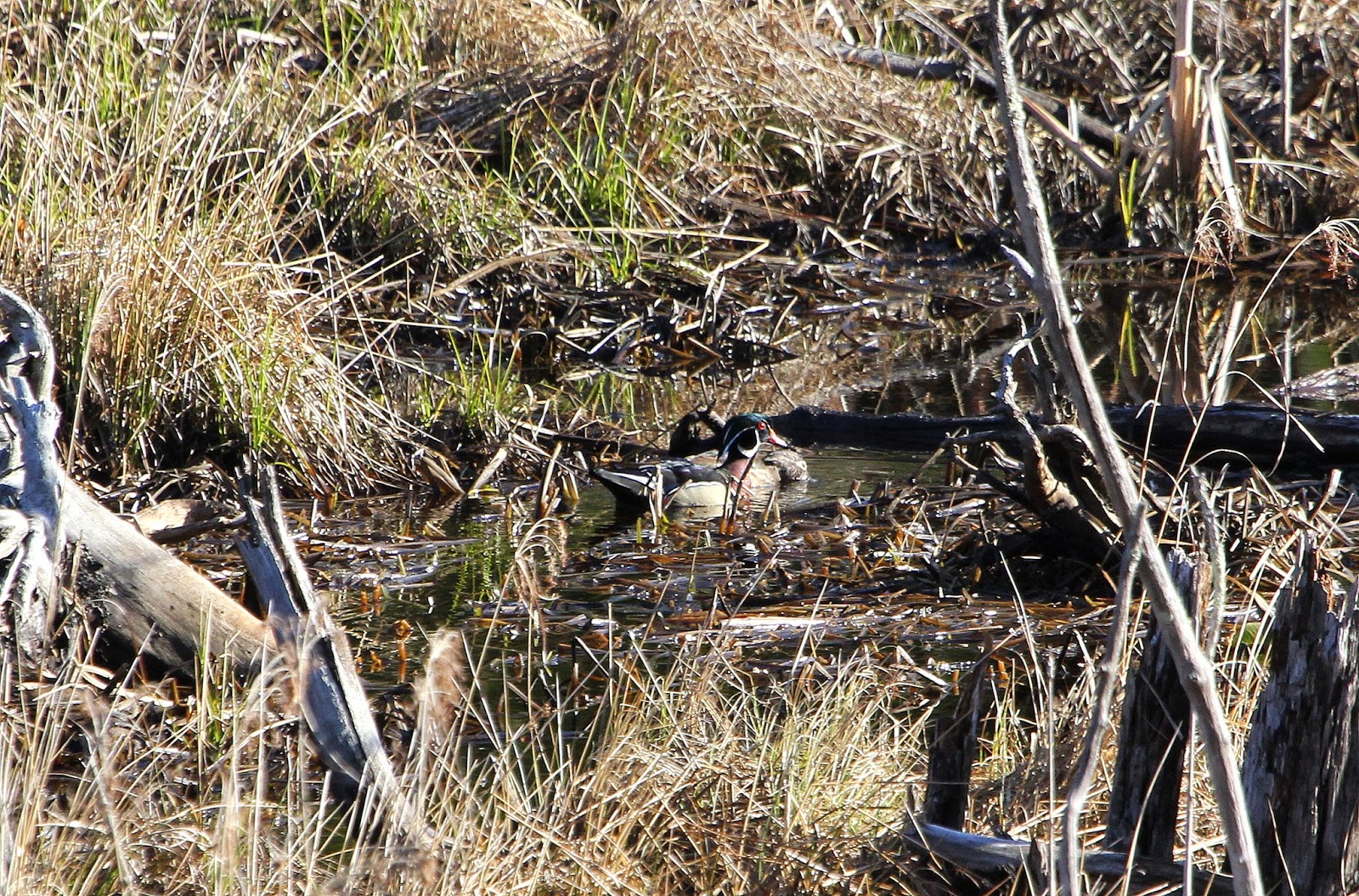 We also had a nice pair of Ring-necked Ducks, although they don't breed in this area. 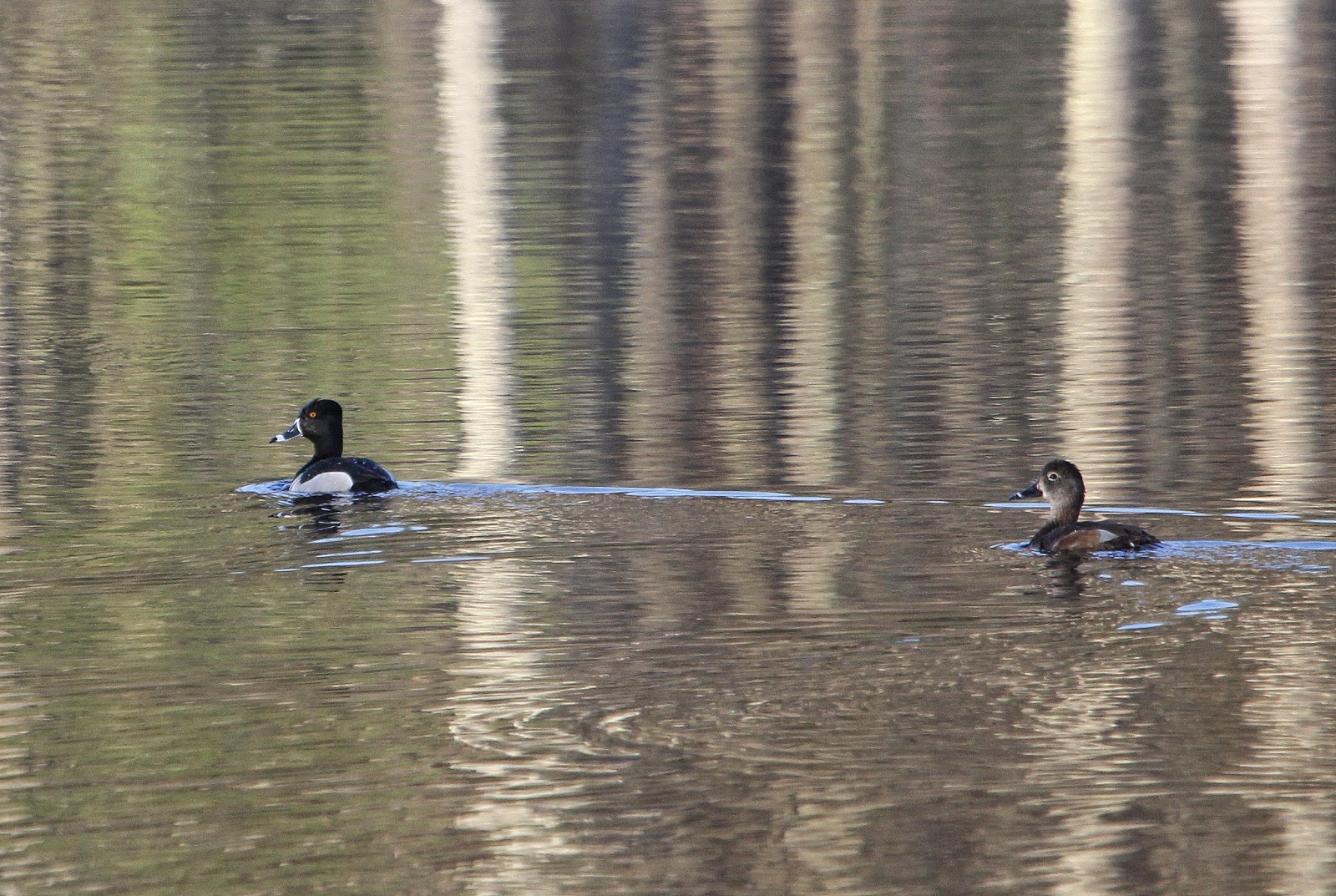 The Swamp Sparrows were all back on territory as well, and this little fellow was signing his heart out in his little portion of the marsh. 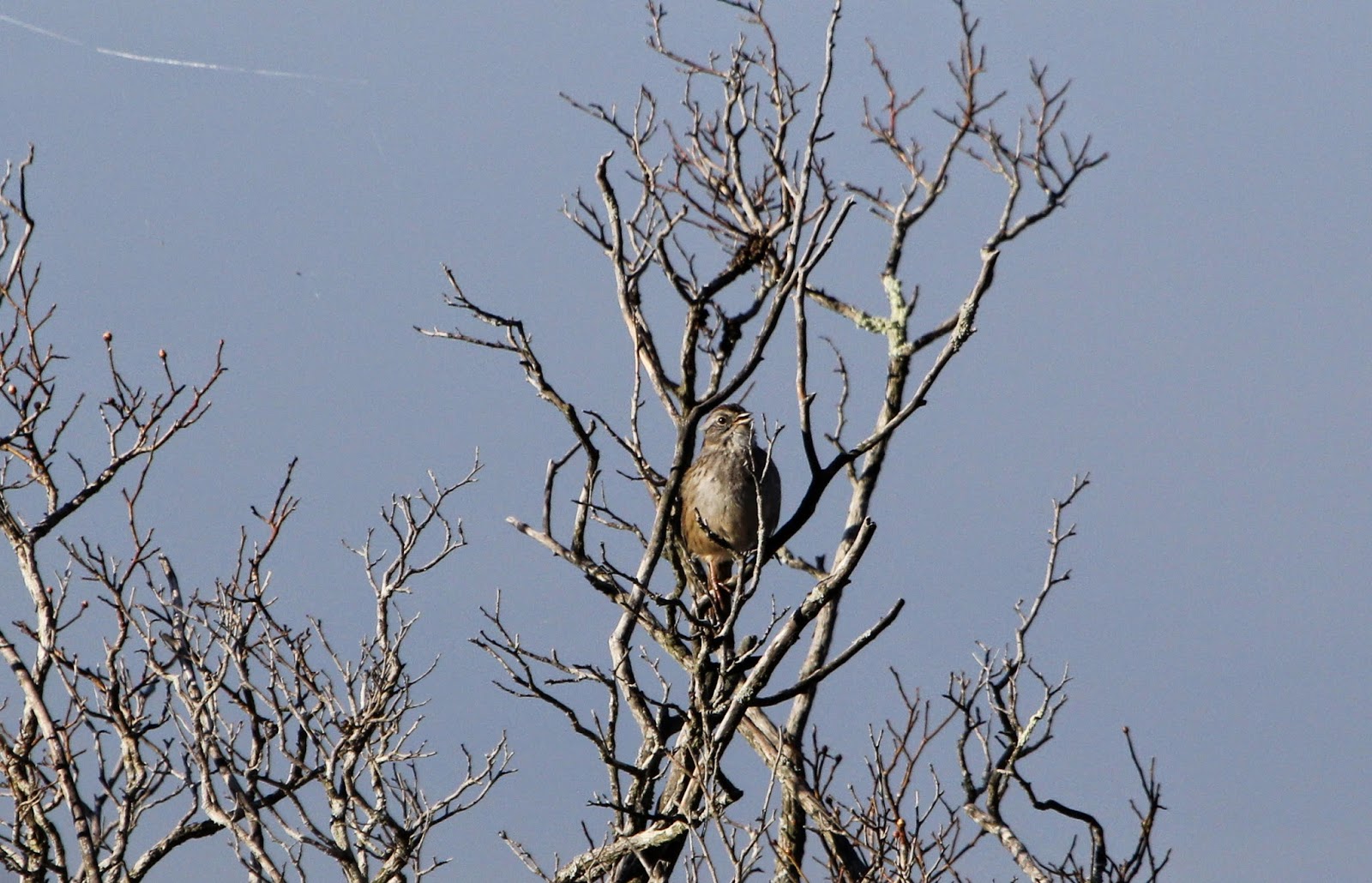 We stopped by the Barre landfill to see if there were any vultures in the area.  A few years back we had quite a few Black Vultures hanging around with an even larger number of Turkey Vultures.  But today all we had was a few TVs.....and these 3 seemed to be enjoying warming up to the early spring sun.  We also had a pair of Ravens in the area, but I couldn't get a photograph of either bird. 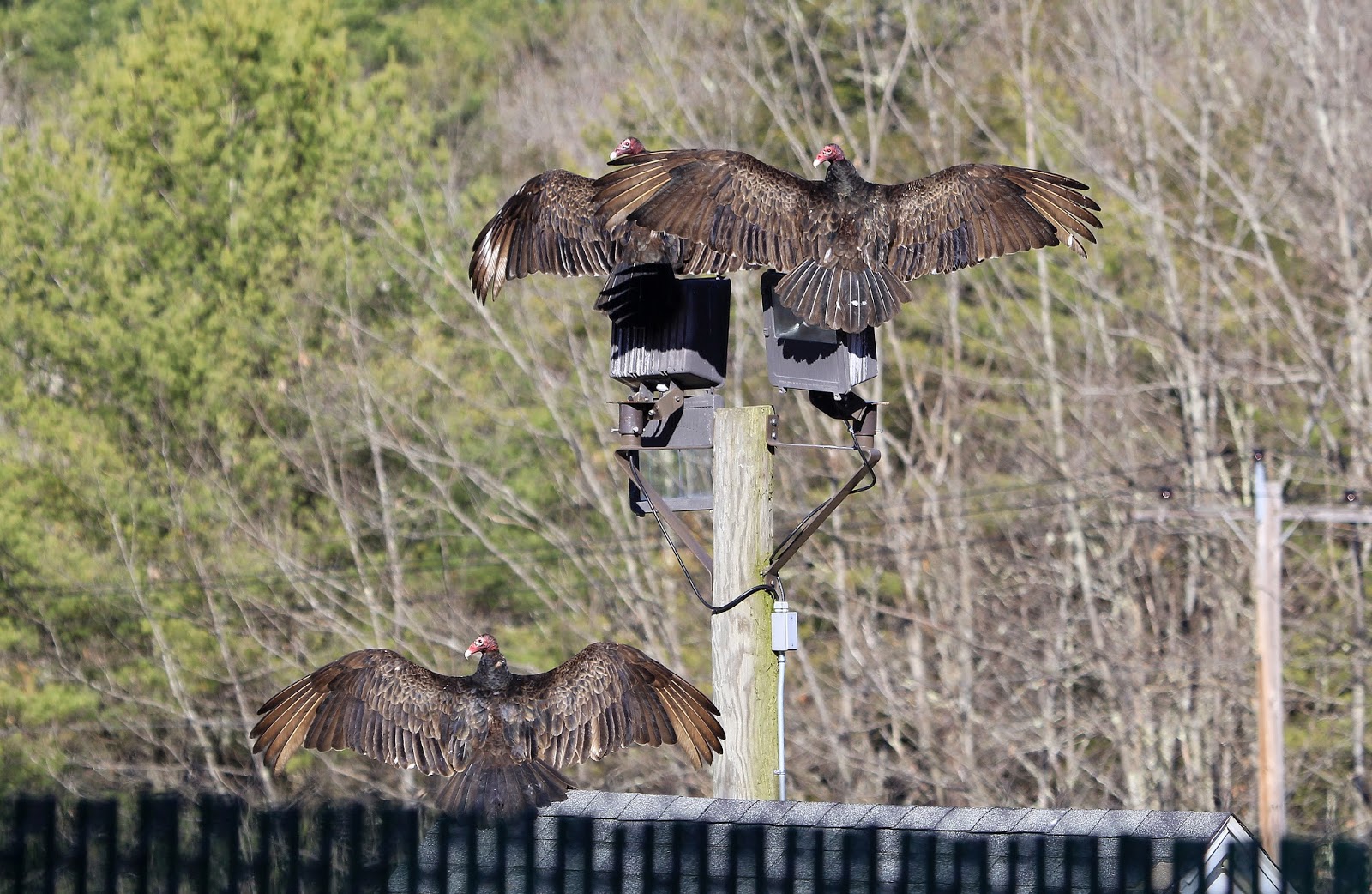 Off of Rt. 62 that runs along the northern edge of RSP, there are two dirt roads that are open seasonally (especially Gilbert road to the north).  They run parallel to a snowmobile trail and eventually both lead through the park.  However, there are houses along the southern road (Grainger) so we knew we could do some birding along the road before you get to any gates.  We had lots of Pine Warblers calling and a few Phoebes near the houses.

Just past the last house (there are only 3 right on the road) there's a rough road down to a river crossing. This is a great area for fishing and we often run into people some of whom have kayaked up from Rt. 122. As you cross the snowmobile trail there is an old cemetery on your right called Riverview Cemetery.  Last year we ran into someone who told us a story about a woman who murdered her 6 children in the early 1900s and they were buried in this cemetery.  So we decided to stop and check out this gravestone which seemed to have a long story to tell, as well as lots of toys piled all around. 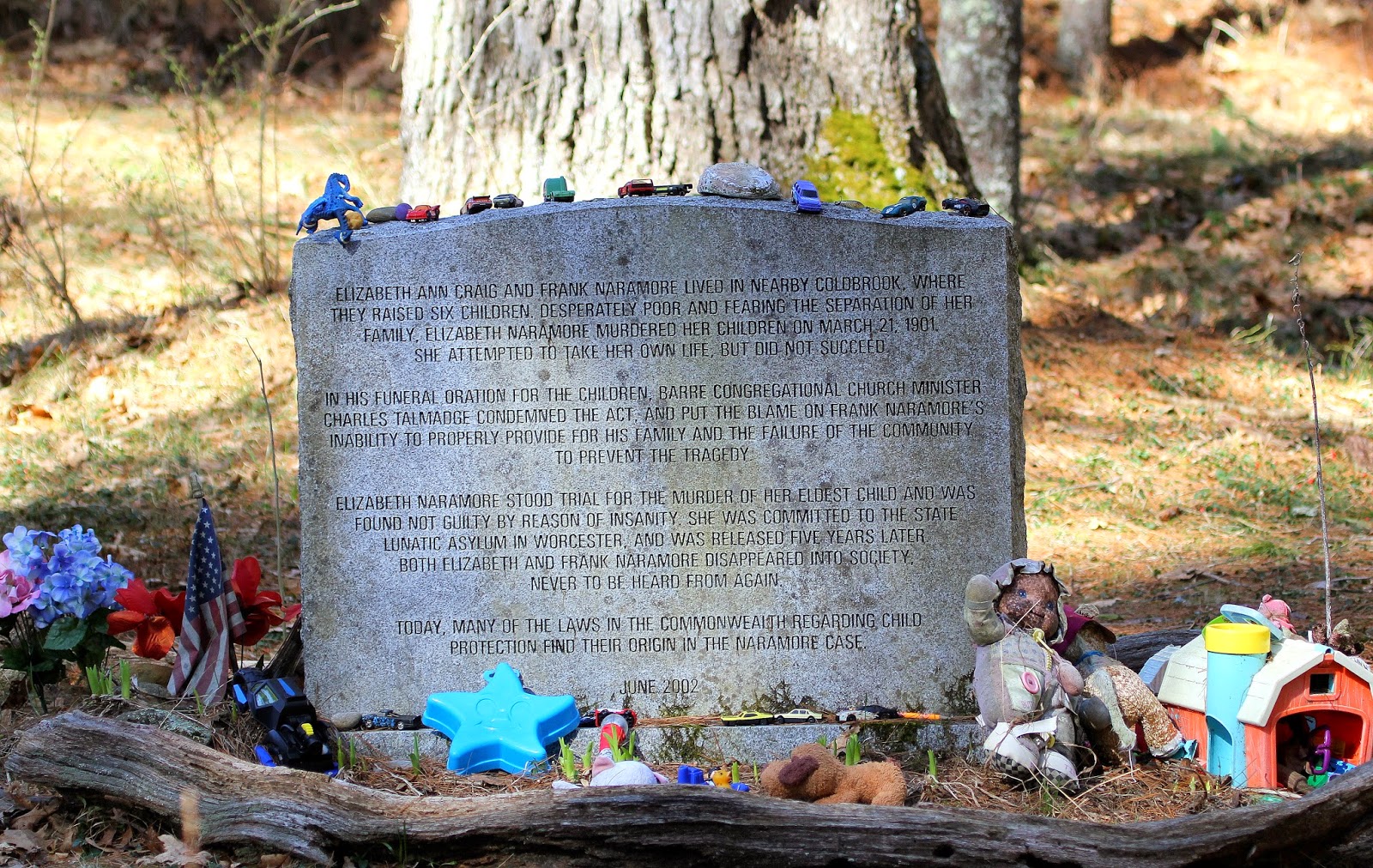 Sure enough it was the grave site of the Naramore children....and you have to enlarge the photo to read the full story.  Whether it's the actual grave site or not I don't know, since the stone was erected by the town in 2002 as a memorial. 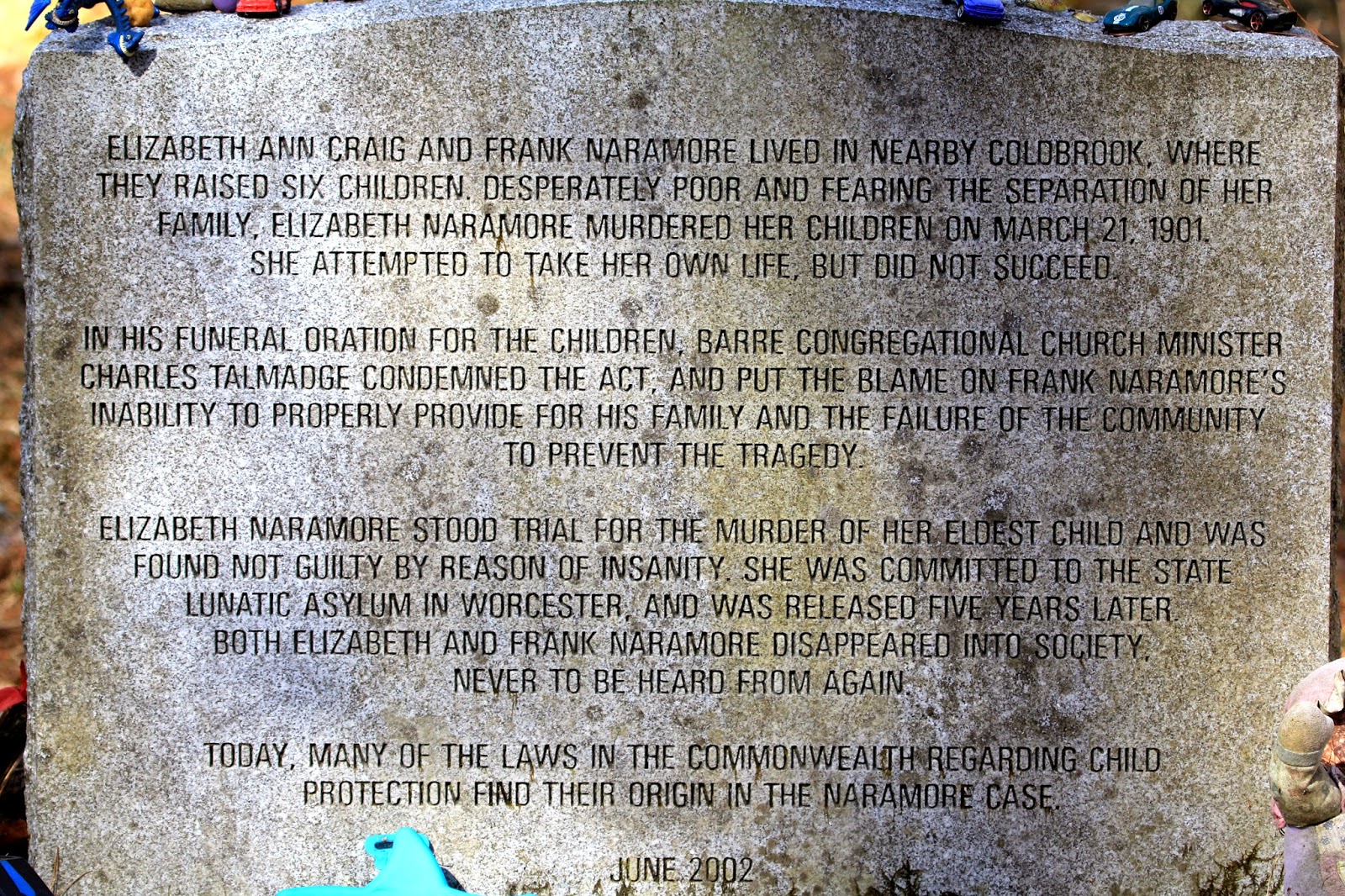 The front side of the stone just lists the names and ages of the six children.  Very eerie.... 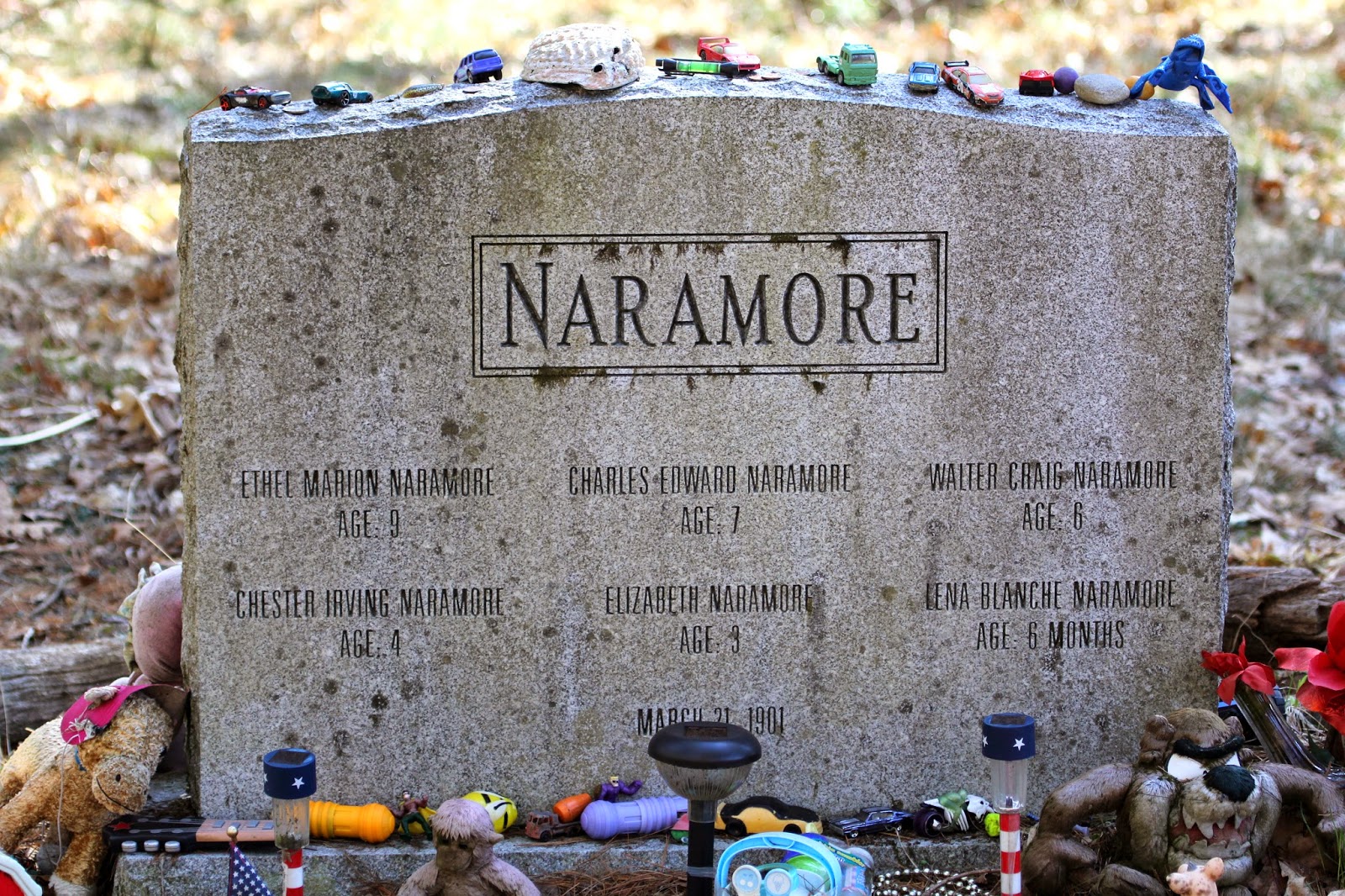 A much more pleasant sighting along this dirt road was finding more Mourning Cloaks.  Just as the temps start to approach 50 degrees, these butterflies seem to pop up as long as we're in the right habitat. 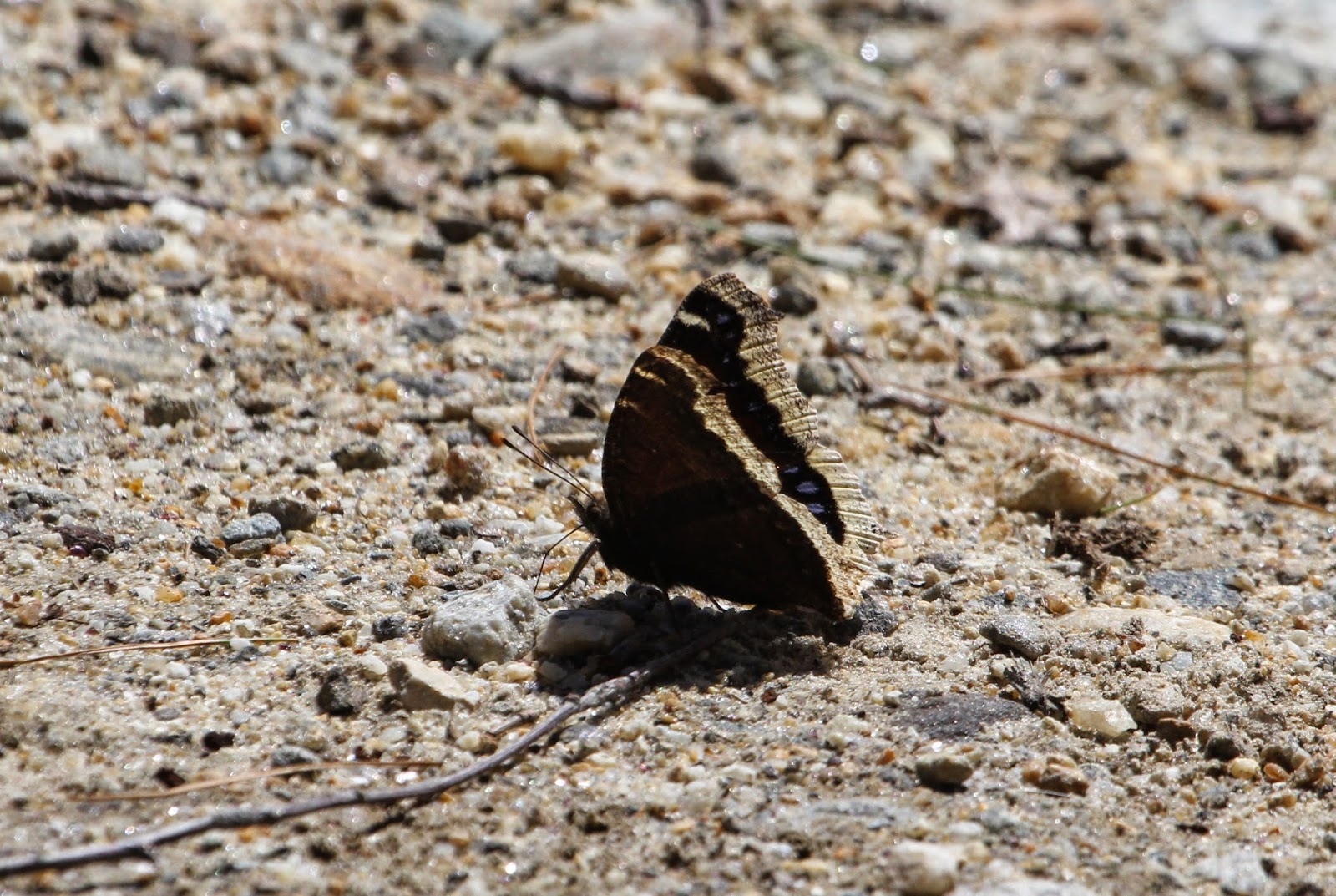 On Gilbert Road we talked for a bit and found some nice Palm Warblers moving through. 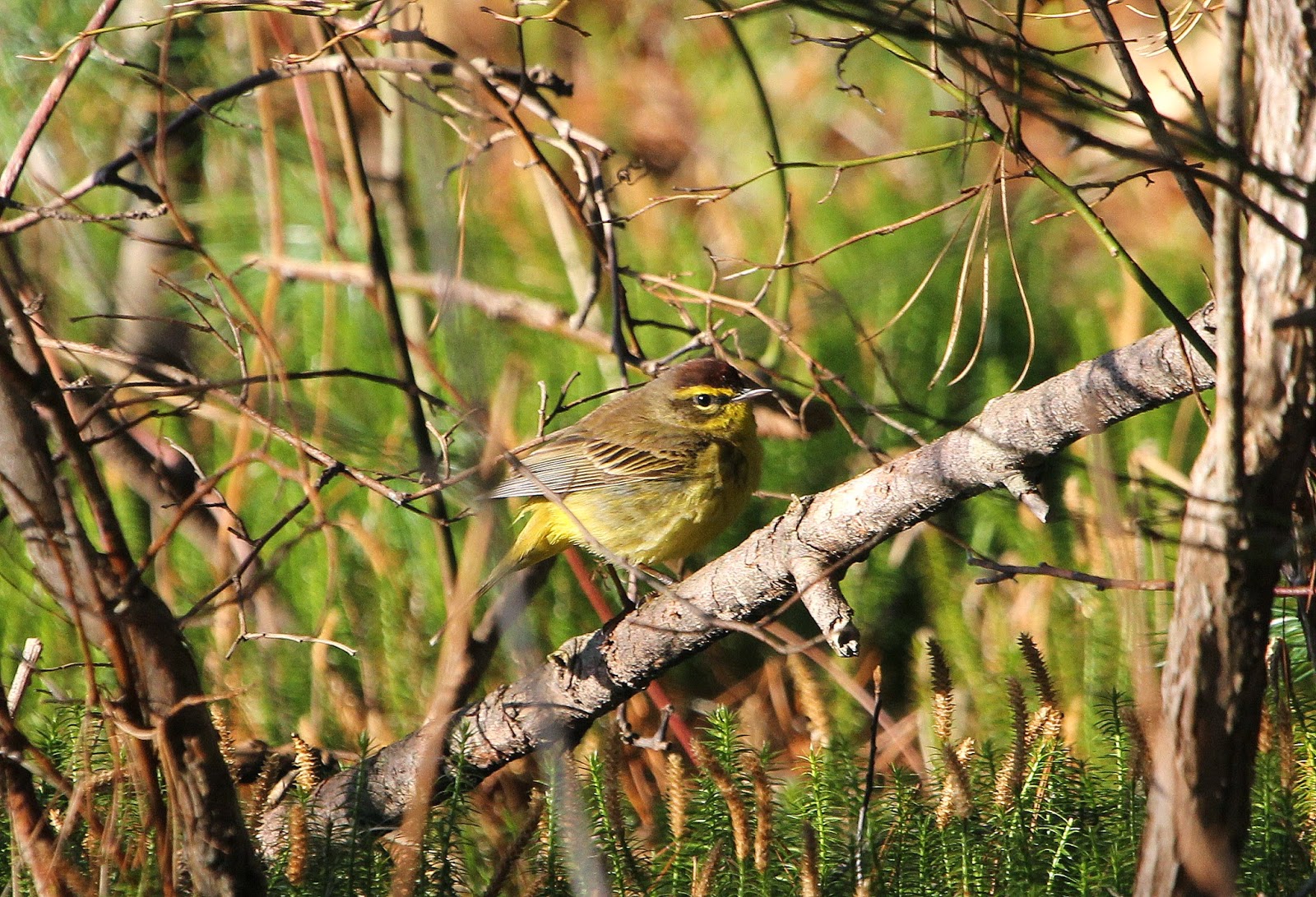 And we visited the rookery and got some nice shots of the two Great Blues that were nesting there.  Last year we had 4 of the 5 nests filled, so it may be there's more to come.  We certainly had a number of Great Blues flying overhead at various points in the morning, so there might be another small rookery in the actual park itself. 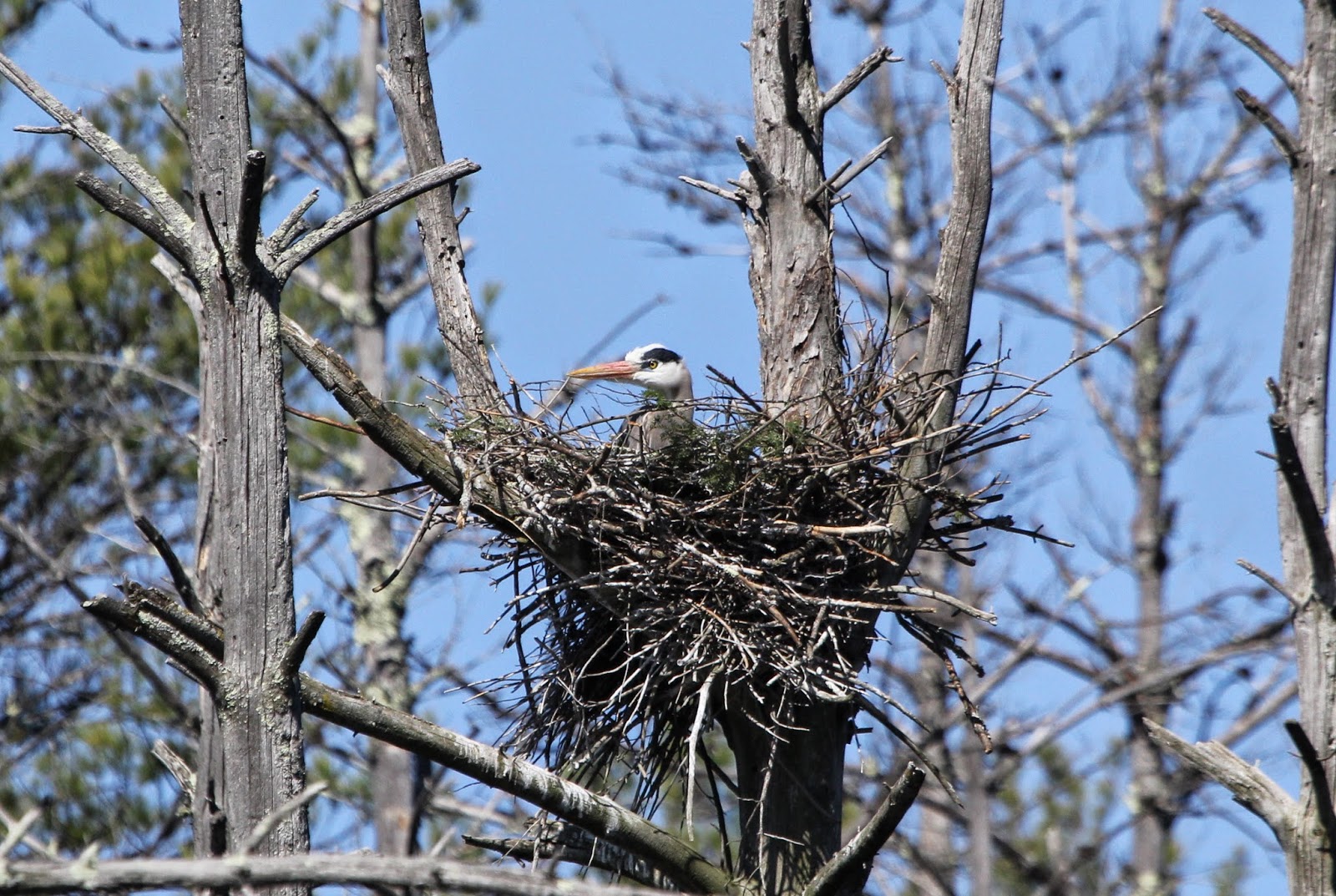 We didn't have much of a hawk show at Barre Falls Dam, but we did hear a Raven so I'm making the assumption that the birds are back nesting under the bridge where they have nested each year for the past 7 or so years.

Oh, just to be clear.....still no dragonflies!