We did a wonderful trip to Westport again to check on migration.  We had Greater Yellowlegs in the marshes across from Horseneck Beach 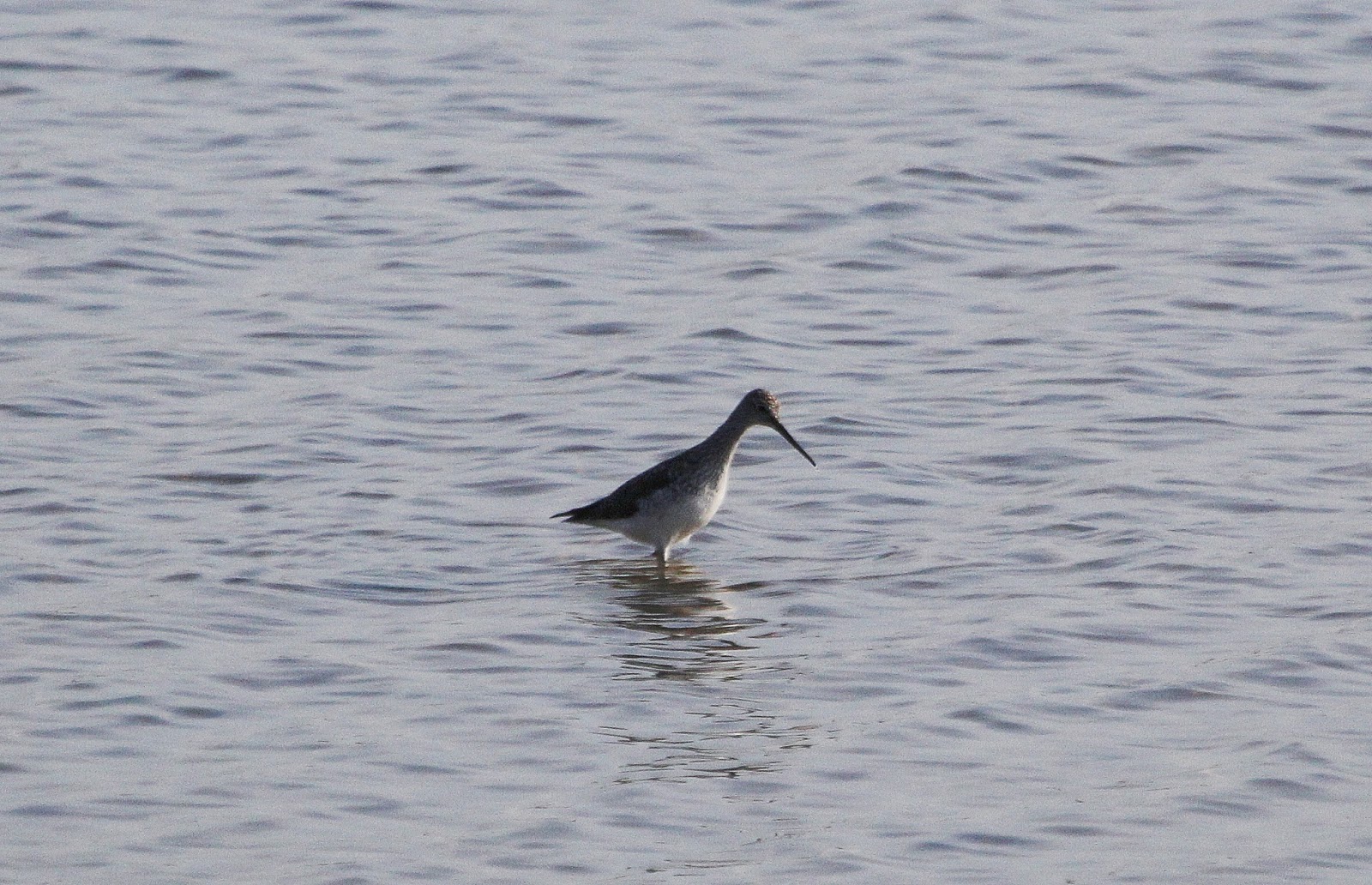 And the few Horned Grebes we saw were pretty much going into breeding plumage. 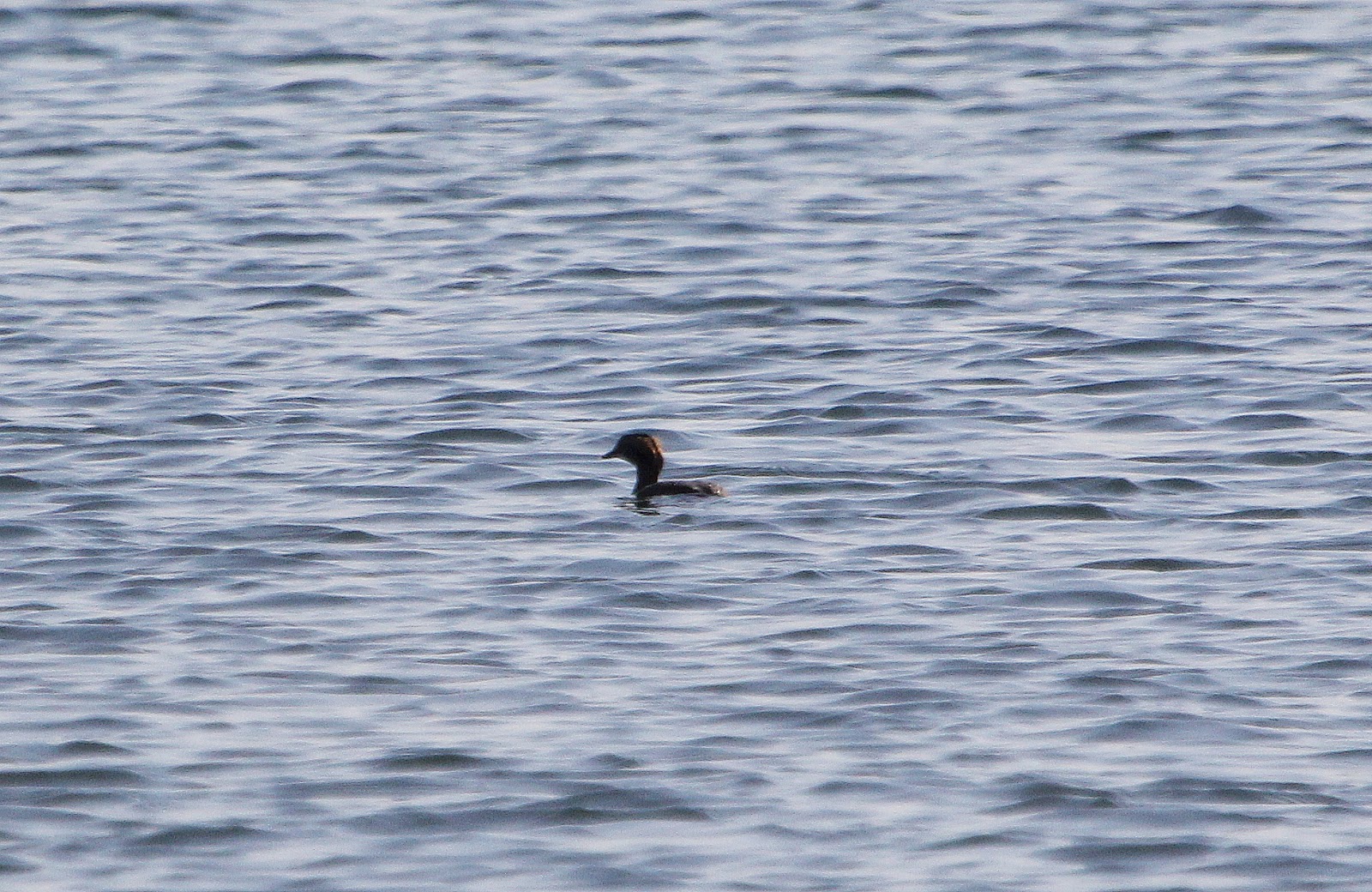 Luckily on this visit to the south shore I didn't run into any people trespassing in the Piping Plover area.  Unfortunately, I didn't see any of the nesting plovers either. 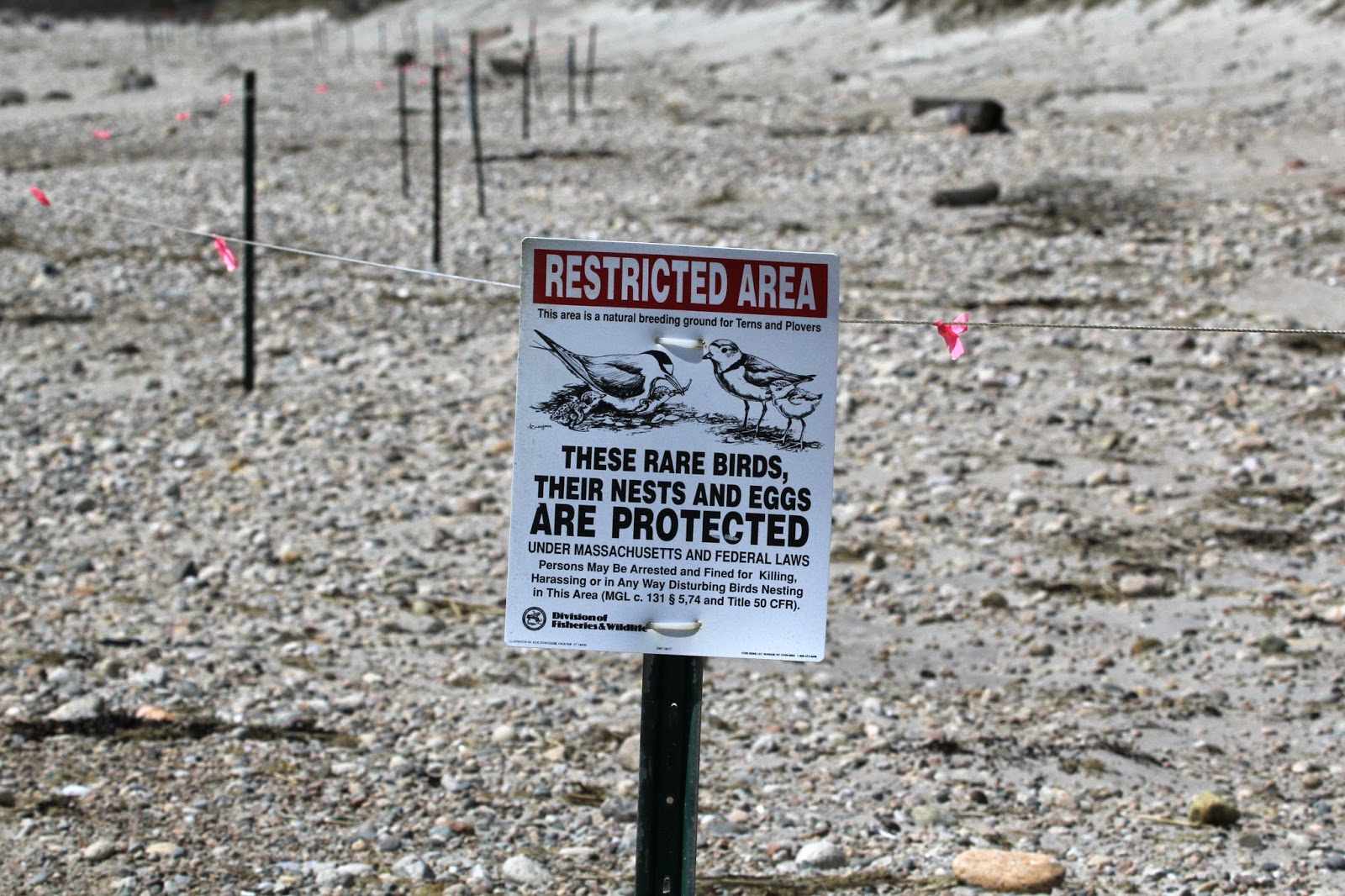 When you look at the area which is roped off you can there are so many places where these little birds can hide though.  Once the chicks hatch and start running around, the parents will become a bit more obvious. 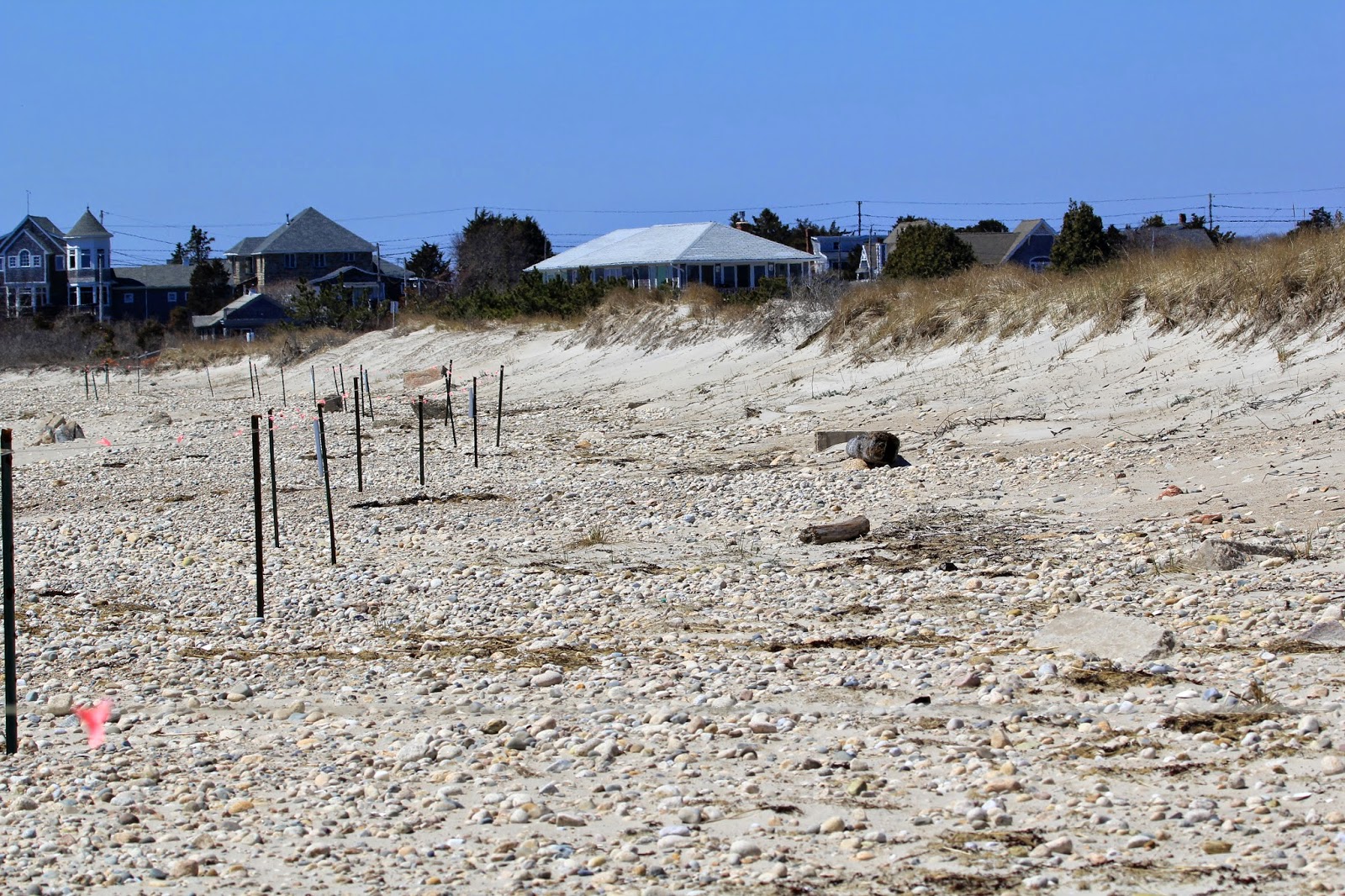 We explored the Herb Haddad Conversation Area on Cornell Road and found a number of Mourning Cloak butterflies.  This one certainly looked worse for wear. 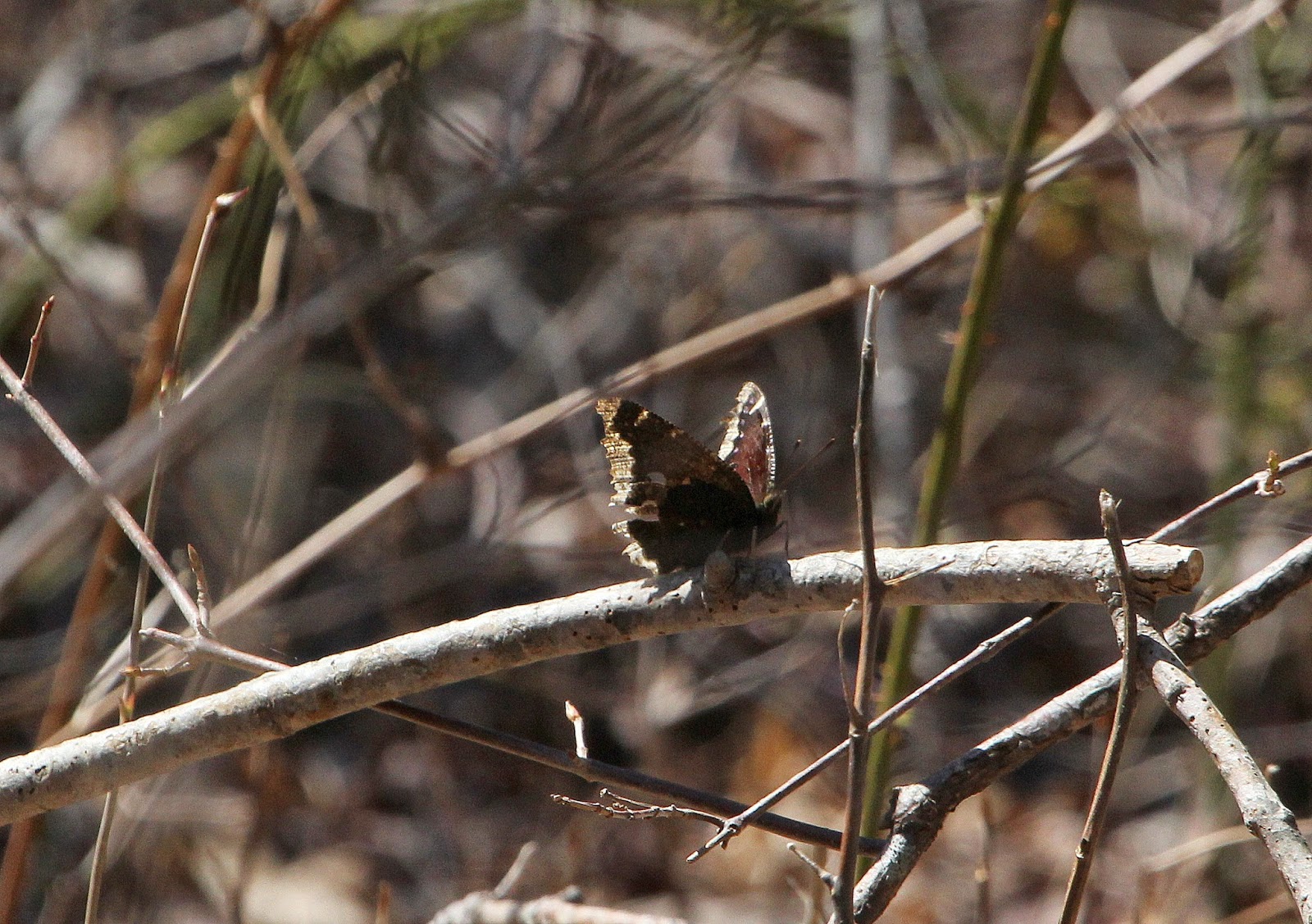 We searched in vain for early dragonflies and didn't find any.  We did, however, find this nice early Mayfly.  When you study the structure of this insect you can see why fishermen use them as lures. 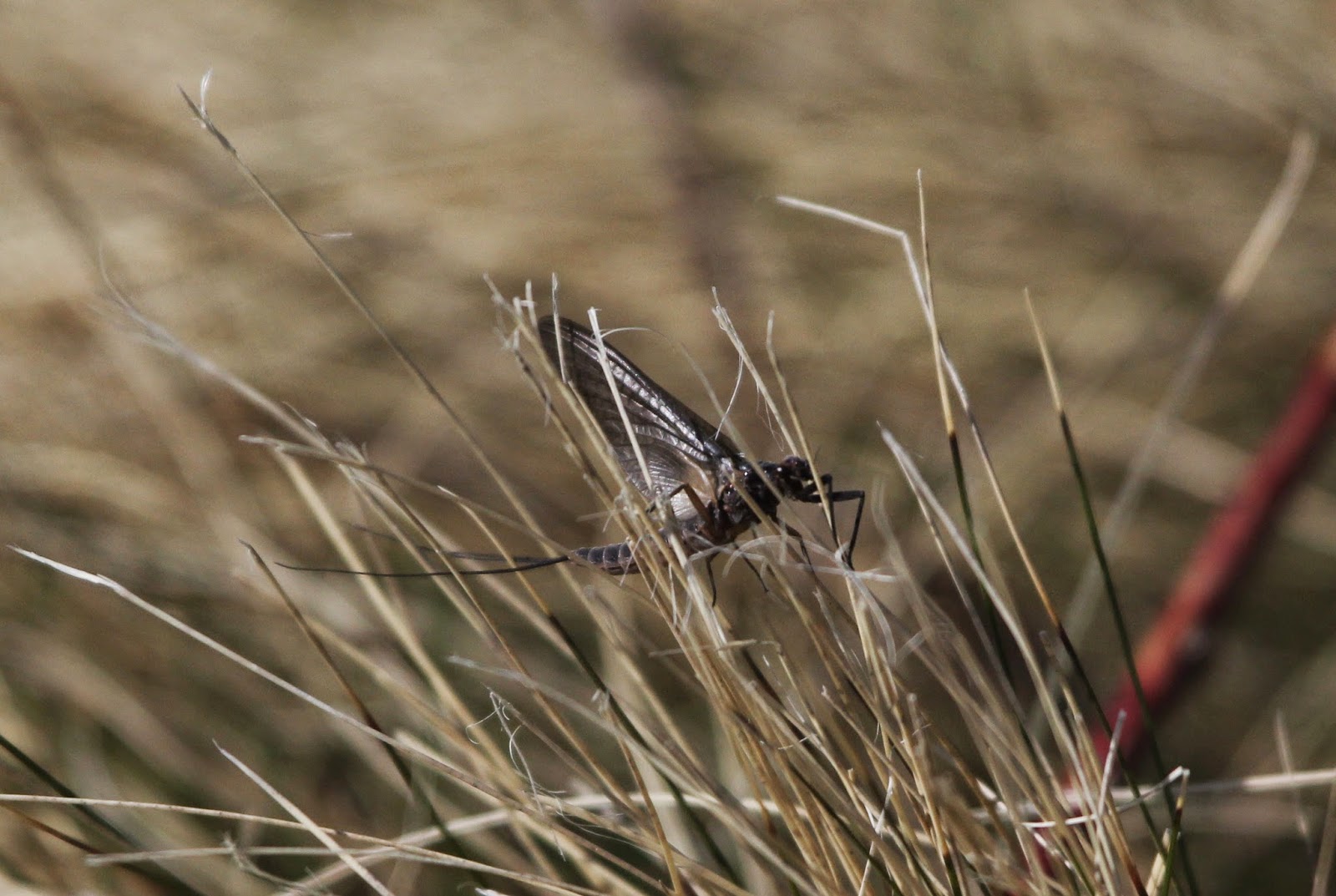 In checking some of the brooks I found this pair of mating water striders. 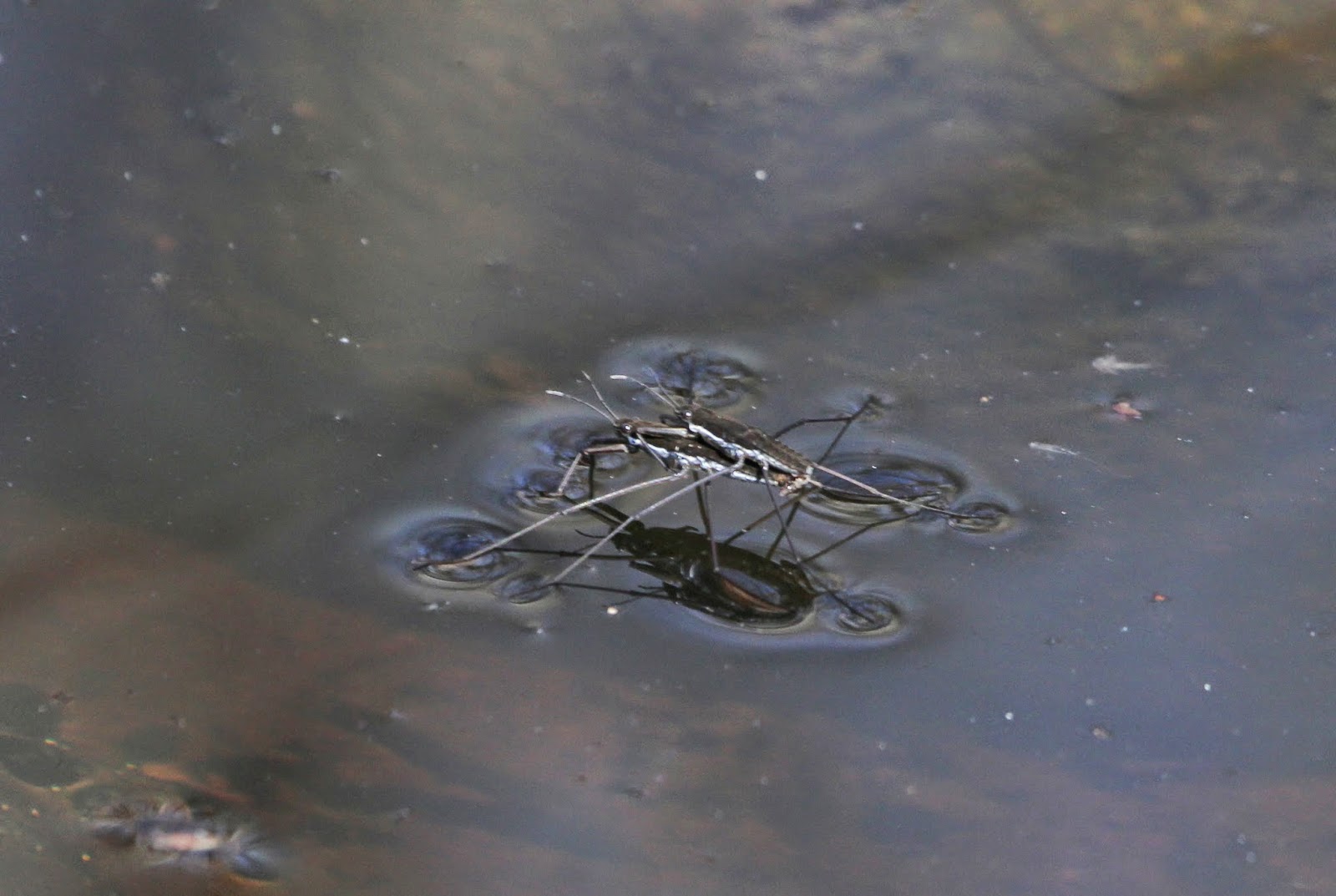 As we explored the Westport farms we came across several fields literally covered with these purple flowers among the cut-down corn stalks.  When I did some research I narrowed them down to either Henbit or Purple Deadnettle...both considered to be weeds.  I settled on the Deadnettle.  But it was everywhere and the color was just amazing. 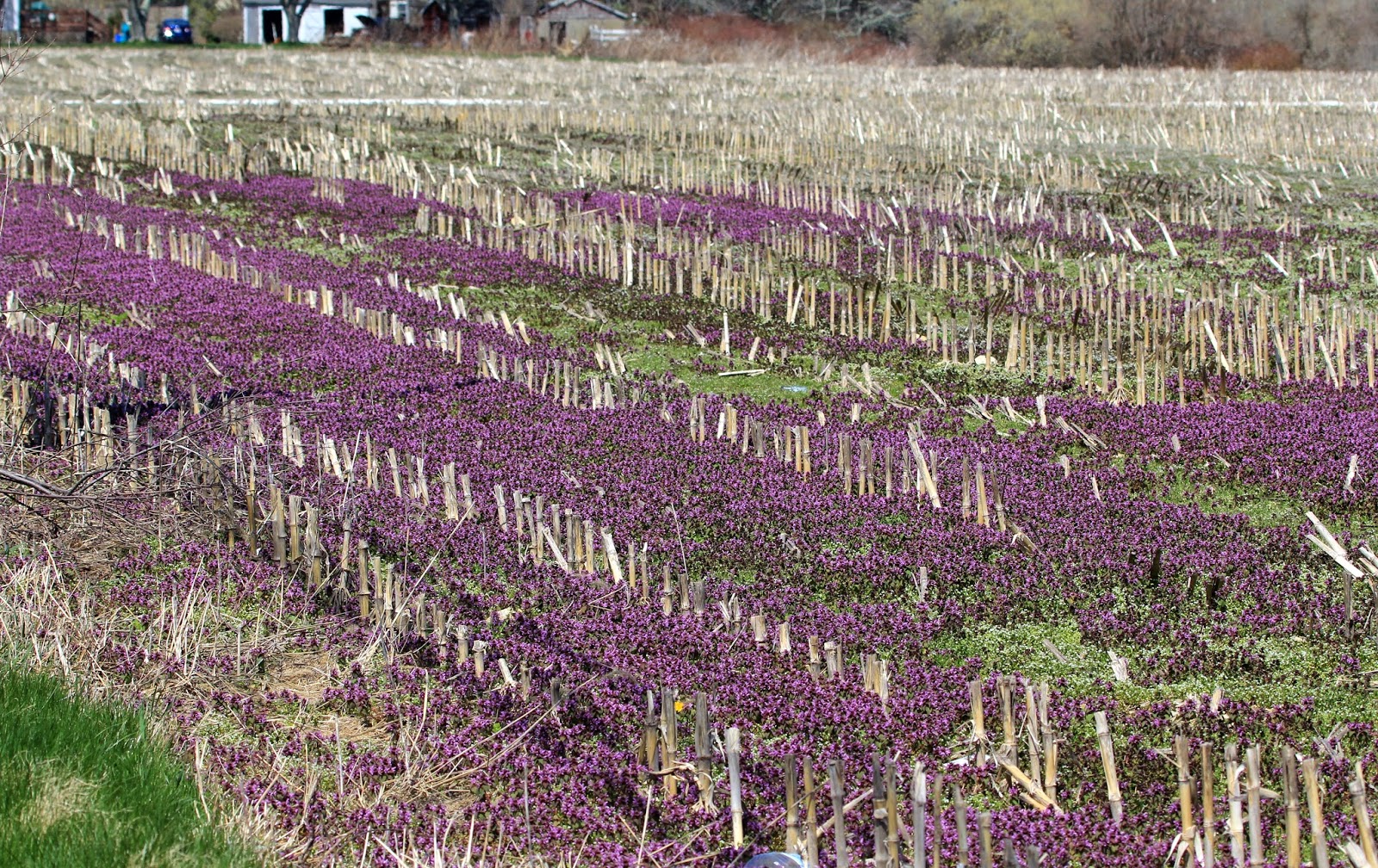 We also had lots of Tree Swallows starting to set up nesting territory.... 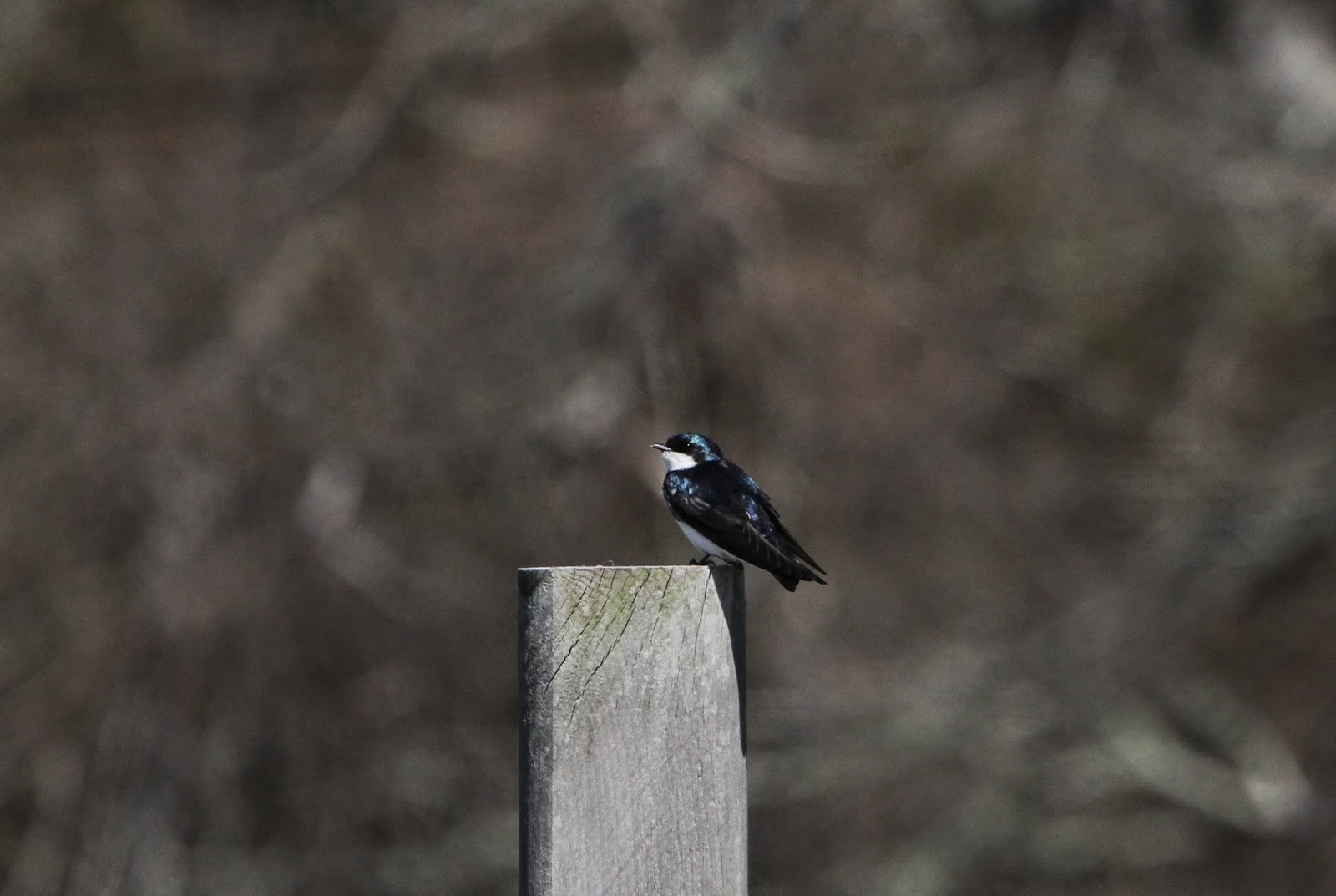 ...and the highlight was finding this Great Horned Owl nestling.  Now to be honest someone told us where to look, so we didn't really "find" the nest.  But we were very careful not to let anyone see us photographing the bird...and we were literally standing next to the car when we took the photo.  I've come across young Barred Owls before, but not Great Horneds very often. 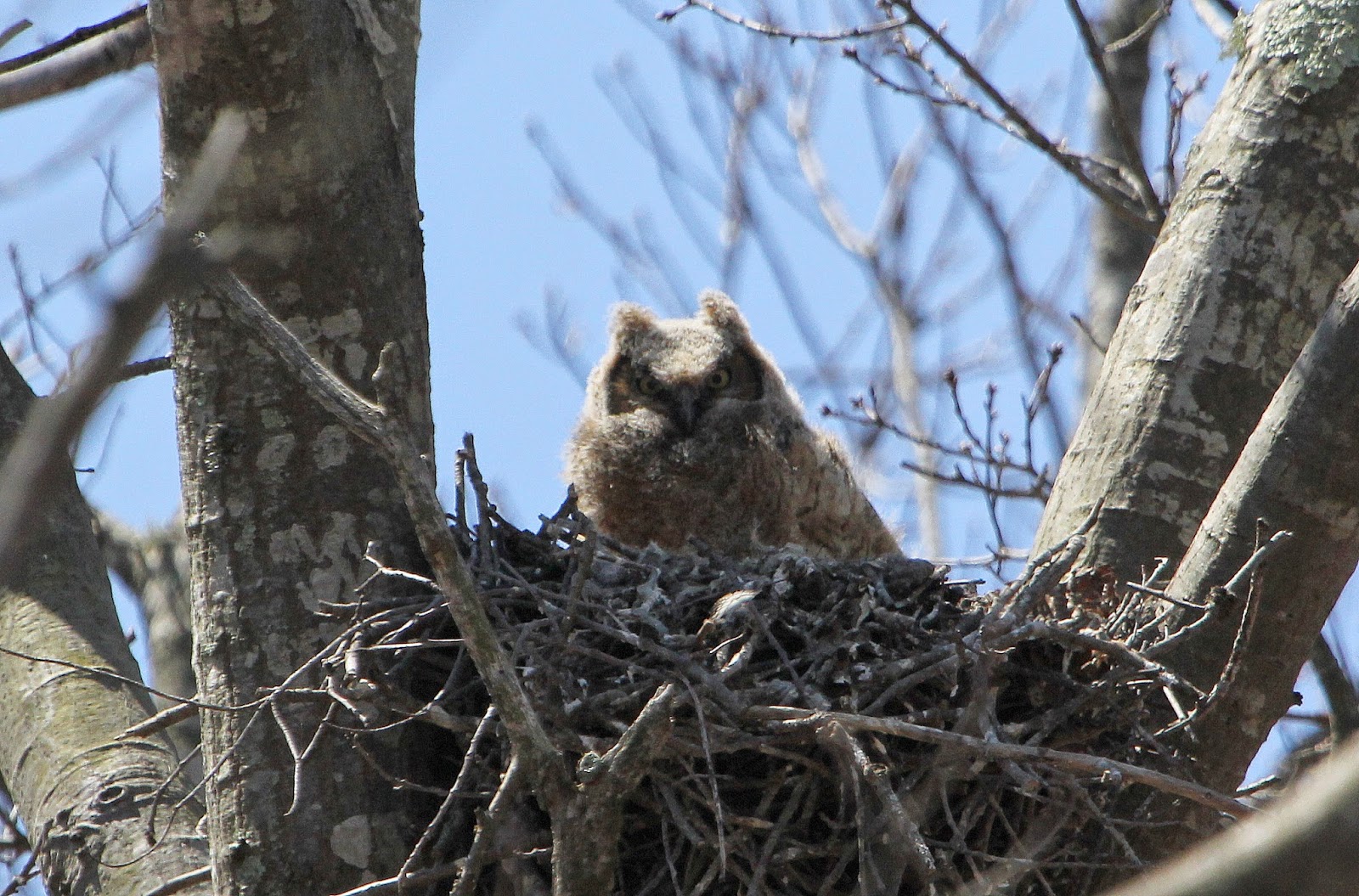 Also the Ospreys were everywhere along both branches of the Westport River.  In fact, it looked like there were more birds than there were nesting platforms.  It was totally surprising to find this pair roosting on an island with gulls.  Normally other birds do not tolerate raptors nearby, let alone sitting among them. 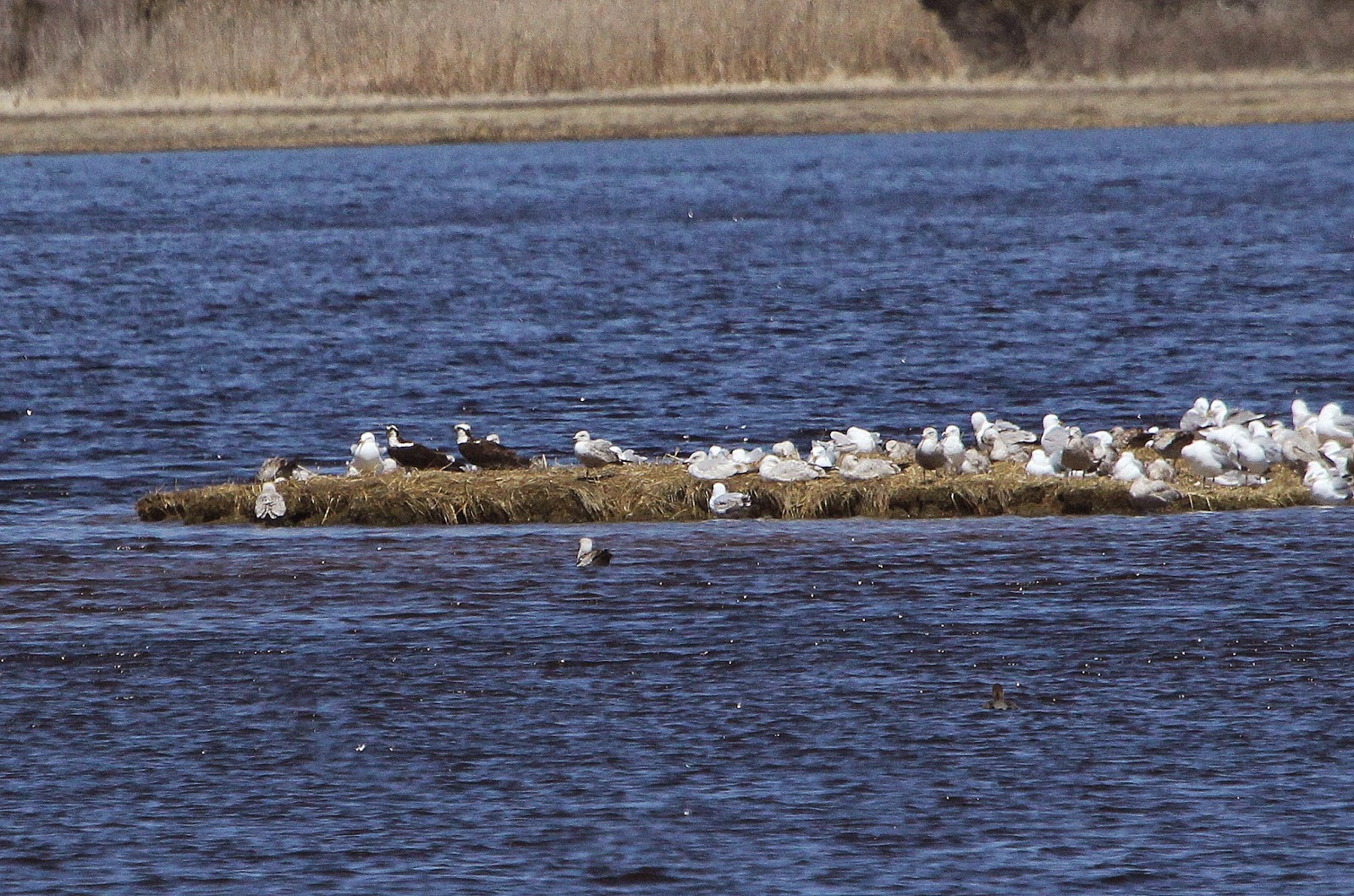 This pair (further north on River Road in Acoaxet) were perched in a tree overlooking a nesting platform...almost like they were trying to decide whether or not to rebuild the nest. 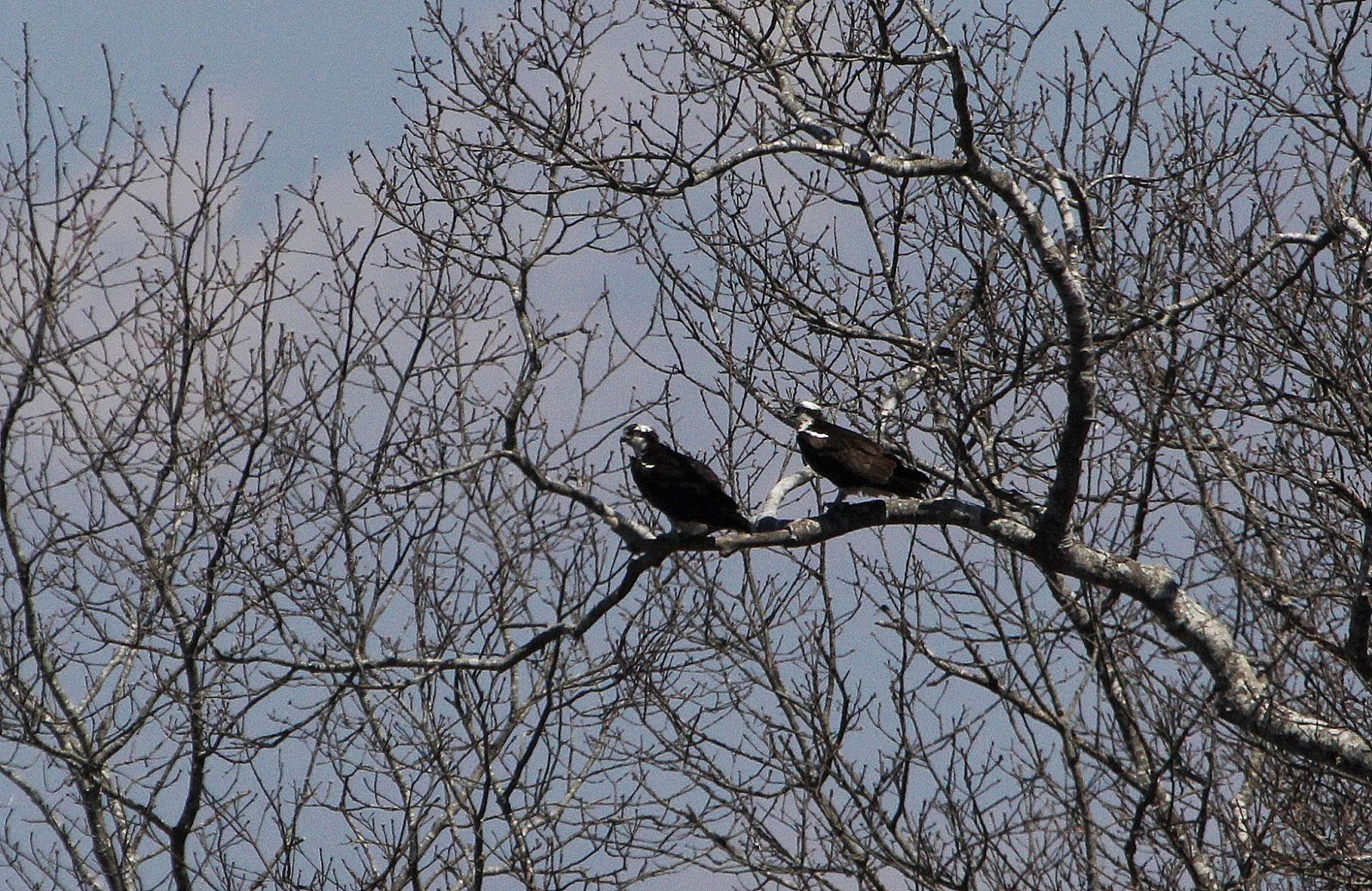 On the way home we stopped again in Rehoboth to check on the Purple Martin colony at the Crestwood Country Club.  Sure enough, we had about 5 or 6 birds flying around the middle martin house.