Needing to log a few more hours in the northern block of our three Berkshire atlas blocks, we decided to head out Rt. 2 and visit the towns of Adams and Cheshire and log 4-5 hours for the early breeding birds. We had a specific target list....having not had Turkey or Ruffed Grouse during the safe dates the previous year. We were delighted to find Cliff Swallow already building their nests! 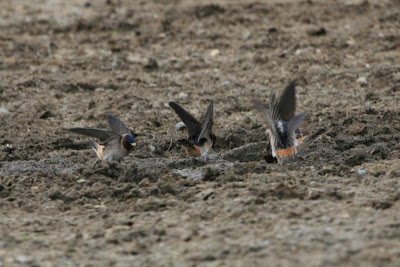 We got to study the birds coming down to gather mud and flying back up to the eaves of the barn. The close looks provided a great study of the all the field marks of the bird from the white forehead to the orange rump. The birds were coming and going so quickly, but in most instances when they landed on the ground there was lots of wing fluttering going on. 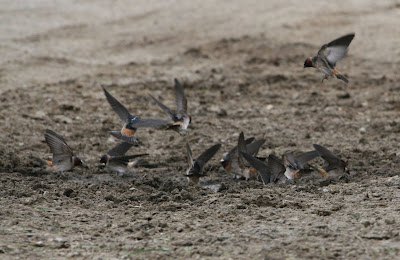 Checking Birds of North American online, the following reference explains this wing fluttering: "When gathering mud, both sexes flutter wings above back to prevent being attacked by males seeking EPCs (Extra-Pair Copulations) (Butler 1982b, Brown and Brown in press; see Agonistic Behavior). " 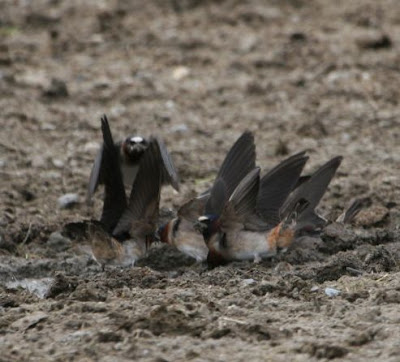 From a distance it all looked rather chaotic, and in some of the shots it was hard to tell just how many birds were on the ground at once. This is a very large colony, with over 150 nests, so there was definitely a lot of activity. I sometimes wonder about the safe dates for the atlas. Here I am in the northern Berkshires watching Cliff Swallow construct their nests at a known nest colony site, yet the safe dates say I shouldn't count "probable" behavior until May 25th or later. I sincerely hope that some of the data that's being submitted from the central and western parts of the state help to shift the "eastern bias" that can be found in a lot of the historical information we've always accepted regarding birds in Massachusetts. 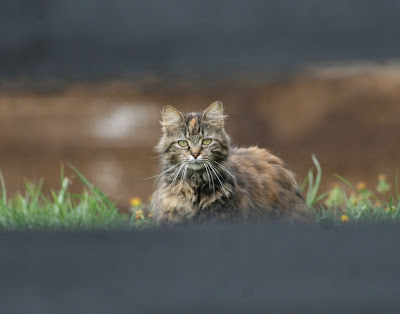 Still dealing with the loss of my best feline friend, Gremlin, didn't stop me from appreciating this absolutely adorable barn cat. Of course, I'm not sure that the Cliff Swallows shared my admiration. 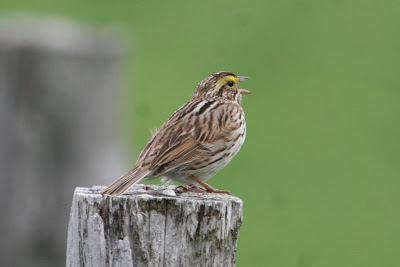 One of the other notable birds back on breeding territory was this very vocal Savannah Sparrow. It seemed that all the rolling farm fields had several territorial singing birds. 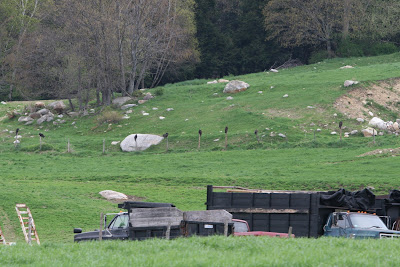 You have to click on the photo above to enlarge it and see the bizarre string of Turkey Vultures lining the fence posts. At first I thought all the post just had black tops to them. But when one of the "tops" dropped to the ground, I figured it out pretty quickly. Based on the number of birds there must have been an offal pit nearby. (Webster's online dictionary defines "offal" as the viscera or trimmings of a butchered animal).


Regardless of what you call it or why the birds are hanging around there, can you imagine waking up in the morning and looking out your back window to see a line of 10+ vultures on your back fence? 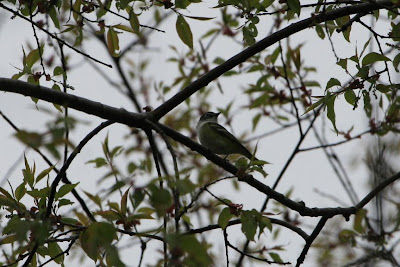 Smatterings of warblers and Blue-headed Vireos were sprinkled throughout the block we surveyed. Again, we had to note where many of these species were so that when we go back in a few weeks (after many of the safe dates) we'll be able to count the birds for the atlas.

We did stop at a couple of the WMA's in the block. And at one field, I flushed up a lone Turkey Vulture from the ground. He didn't fly far but I didn't approach too closely since there was definitely something dead nearby that had his attention. 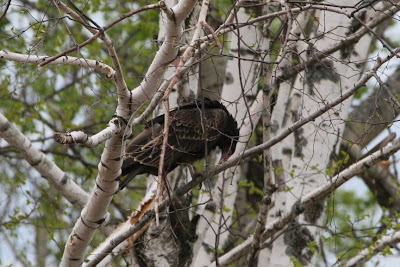 I knew I was on the right track when the TV proceeded to rub his face back and forth on the tree branch -- obviously cleaning the bare skin on his face. 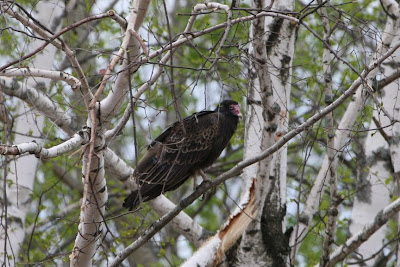 We didn't have as much hawk migration as I would have thought, but this Broad-wing was hanging out right above the road. And judging my his lack of movement when I jumped out to take this shot, and the fact that he let me drive right underneath him, I can only assume he was a migrant that was really, really exhausted. Otherwise, this is one bird without good survival instincts. 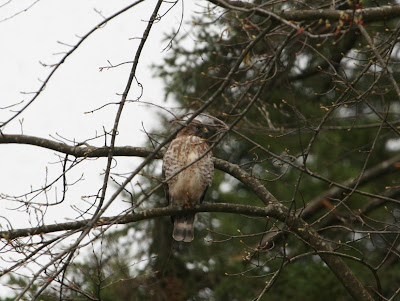 Things are definitely start to pop, so if you haven't been getting out to see the early migrants, make sure you do so this weekend. After all, there are only so many wonderful spring days we have to enjoy nature!