Since the weather was supposed to be windy and warm on Saturday, we decided to make our annual Halloween pilgrimage to Swan Point Cemetery in Providence and see what interesting tributes were being left for H. P. Lovecraft. And to bird the Blackstone Corridor along the way. We made the usual stops in Cumberland -- Sneech Pond, Diamond Hill and Arnold Mills Reservoirs -- and found some of the fall ducks had moved in. 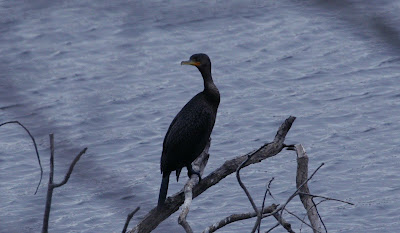 In addition to a good number of DC Cormorants, we had our first Ruddy Ducks of the season. In fact we had more than 200 Ruddies on Diamond Hill Res and still had a lingering Killdeer and Osprey. In the Woonsocket Reservoir No. 3 (in Lincoln actually) we had two adult Peregrines who disappeared suddenly to be replaced by an adult Bald Eagle. Needless to say there were no ducks in the immediate vicinity. And shorebirds had either cleared out or been feasted upon by the Peregrines. 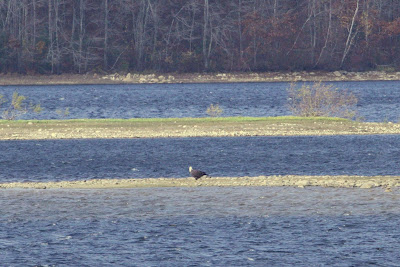 In the Uxbridge area we had a very large flock of Ring-necked Ducks.....all in all signaling that fall is coming to an end and we should start thinking about our next favorite phrase -- "I hope the water stays open for the Christmas Count" 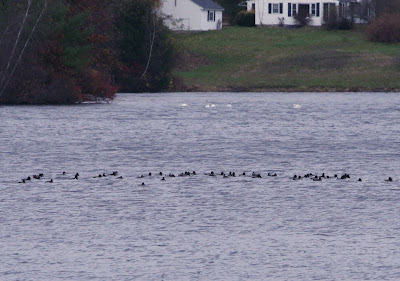 But our real purpose was the trip to Swan Point to see Lovecraft's grave. It was a bit disappointing, in that we didn't run into one goth kid looking for the grave! 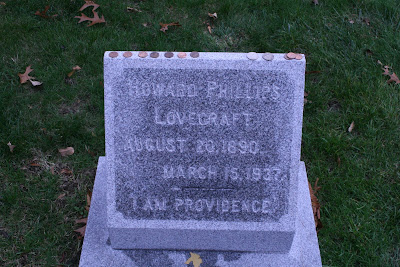 However, we did get to see that they still have special alarm lighting set up just for the occasion and we got to leave our little momento to this author on this oh-so-special-day.... 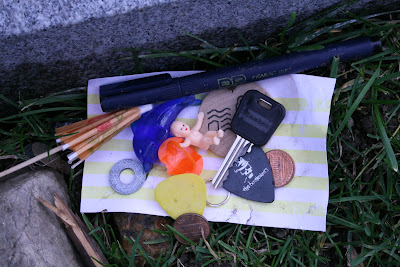 So we headed back to Worcester to get ready for the hordes of trick-or-treaters. And we weren't disappointed. The first kids appeared at 4:45 (one of the earliest starting times) and it was non-stop until we shut the lights off just after 8:30. We had the usual Transformers, princesses, ninjas and witches -- but also a great Titanic, katydid and painter with her own moving wall. Don't ask, but you really had to be here to appreciate the chaos. Our final tally (including parents) was somewhere between 300-400!


On Sunday (with the clocks falling back) we headed off to Westport with Rebecca and Kevin Bourinot at a reasonable hour hoping to find a Cave Swallow that had come northward in yesterday's balmy 73 degree weather. But alas we were denied. 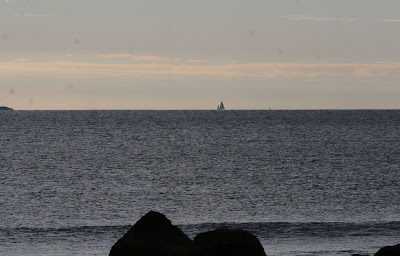 We started early at Gooseberry Neck and didn't have much in the way of landbirds at all. However, there were both Common and Red-throated Loons aplenty. 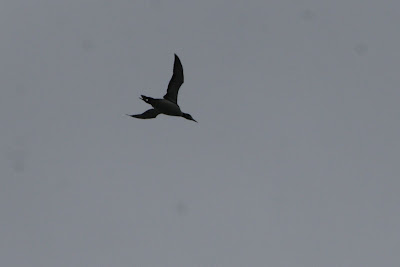 And lots of scoters and eider. This female Surf Scoter was staying very close to shore and managed to get several good things to eat right off the rack line. Mark and Kevin had an unidentified swallow (even with their scopes) way down the beach from Allen's Neck, but it never came in our direction. After a brief stop at Allen's Pond, where I must admit it was a bit disconcerting to see my first female Buffleheads of the season, we decided to head to Acoaxet. But what was even worse than Buffleheads was to find our first Harlequin Ducks in Acoaxet! Even though we had a semi-pal and 3 Black-bellied Plover, try as I might, I just coulden't shake the impending doom of another winter. I'm already asking "where we can go for a long weekend in January or February?" 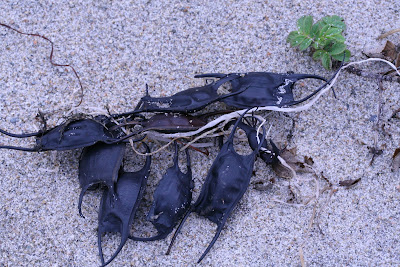 And while the "mermaids' purses" seemed to cheer up Mark, I seem to be experiencing an early bout of autumn melancholy. It didn't help that landbirds weren't much better in Acoaxet, although we managed to find about 6 or so Eastern Meadowlarks right on the border with RI in the Brayton Point Rd. area. 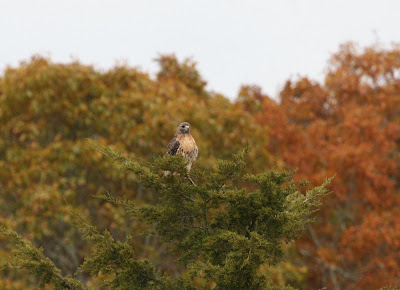 In addition, we had this very colorful Red-tail hunting in the area. 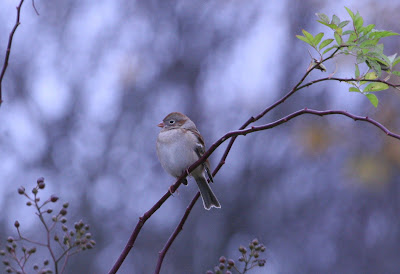 And a small flock of Field Sparrows. There were also the obligatory Yellow-rumps and a few Golden-crowned Kinglets sprinkled in for variety.

Nothing extraordinary (see highlights below), but an enjoyable day nonetheless!