Took a quick tool around one of the Breeding Bird Atlas blocks we need to "clean up" this year. We're in the 4th (of 5) years of the BBA and this year the focus will be to make sure that all the blocks that have been done are really, truly done. That means they have at least 70 species recorded and that 60% or more have been noted as Probable or Confirmed breeding. 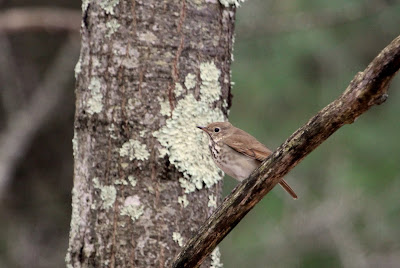 As we moved around New Braintree and then headed out to Quabbin to pick up our permit and key to drive inside some of the gates, we found quite a few Hermit Thrushes this morning. Most of them just fly off into the woods, but this little fellow (I know, sexist comment) just perched up for a few minutes before flying off. He did give me a dirty look before he took off though. 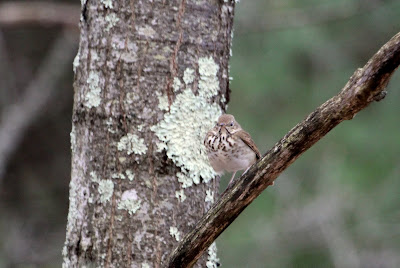 While there were lots of Pine Warblers singing high up in the trees, I didn't really get any good looks. So it was nice to get a group of about 20 Palm Warblers move through the wet woodland in South New Salem near Gate 22. 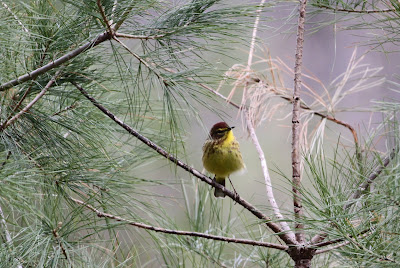 After seeing these birds in their drab fall plumage, it's wonderful to see that bright yellow again. 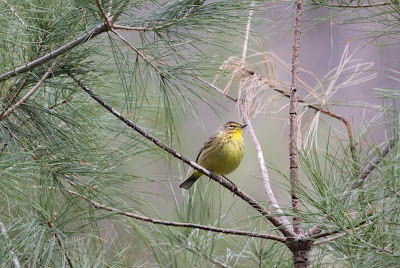 We even had several calling as they moved through. And then, of course, they were gone as suddenly as they appeared...... I do love migration! 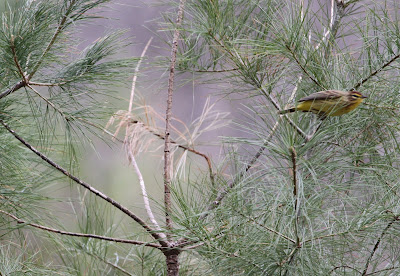 We also had our first Broad-winged Hawk of the season. I know the hard-core hawk watchers have been reporting them starting to come through, but ours was all alone and just circled up and away.

Just wanted to share my bit of spring from this morning!
Enjoy.....Sheila
Posted by Sheila Carroll at 4:15 PM