Sometimes staying close to home can be fun too!  After the success we had with Great Horned Owl yesterday, we decided we would check out some heron rookeries in Worcester County and see if we could find another nesting Great Horned.  Unfortunately we were not very successful.  We checked a number of nests in the Brookfields and Sturbridge and we struck out.  We did have a couple of good birds though. 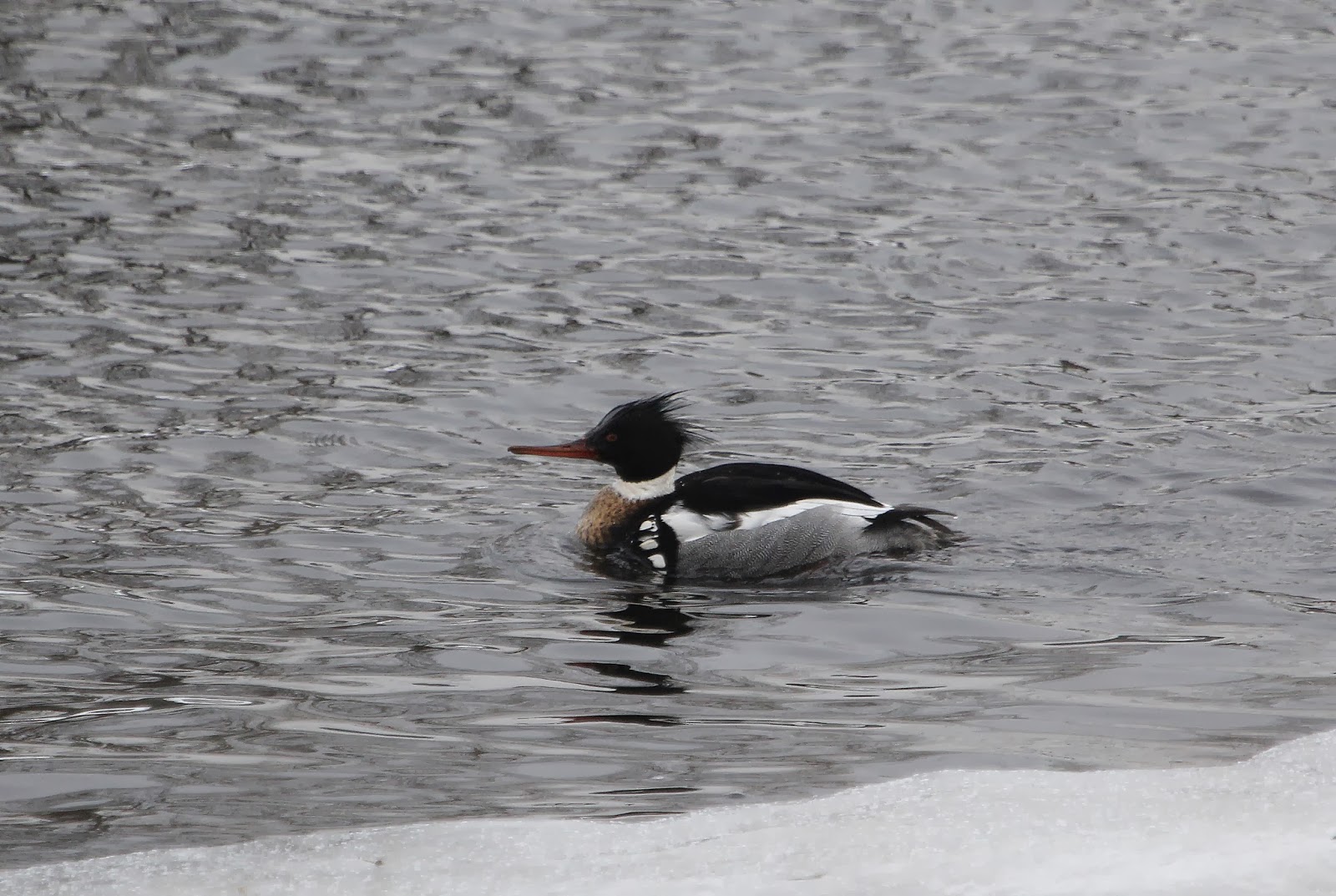 At the Rt. 148 crossing of the Quaboag River, Mark spotted a male Red-breasted Merganser heading towards the bridge crossing. 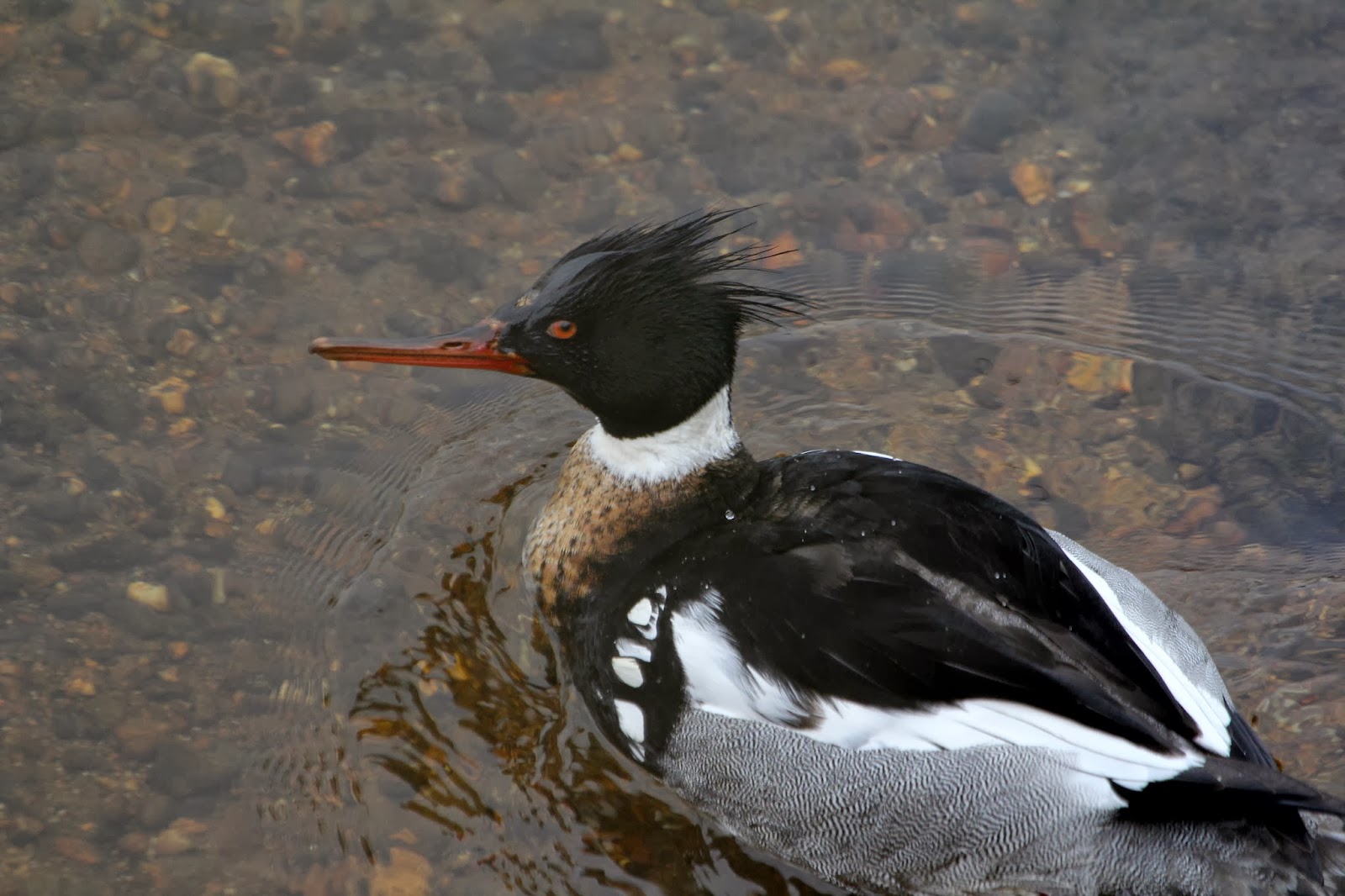 I was able to sneak up to the bridge and catch him coming out on the east side just below where I was standing. 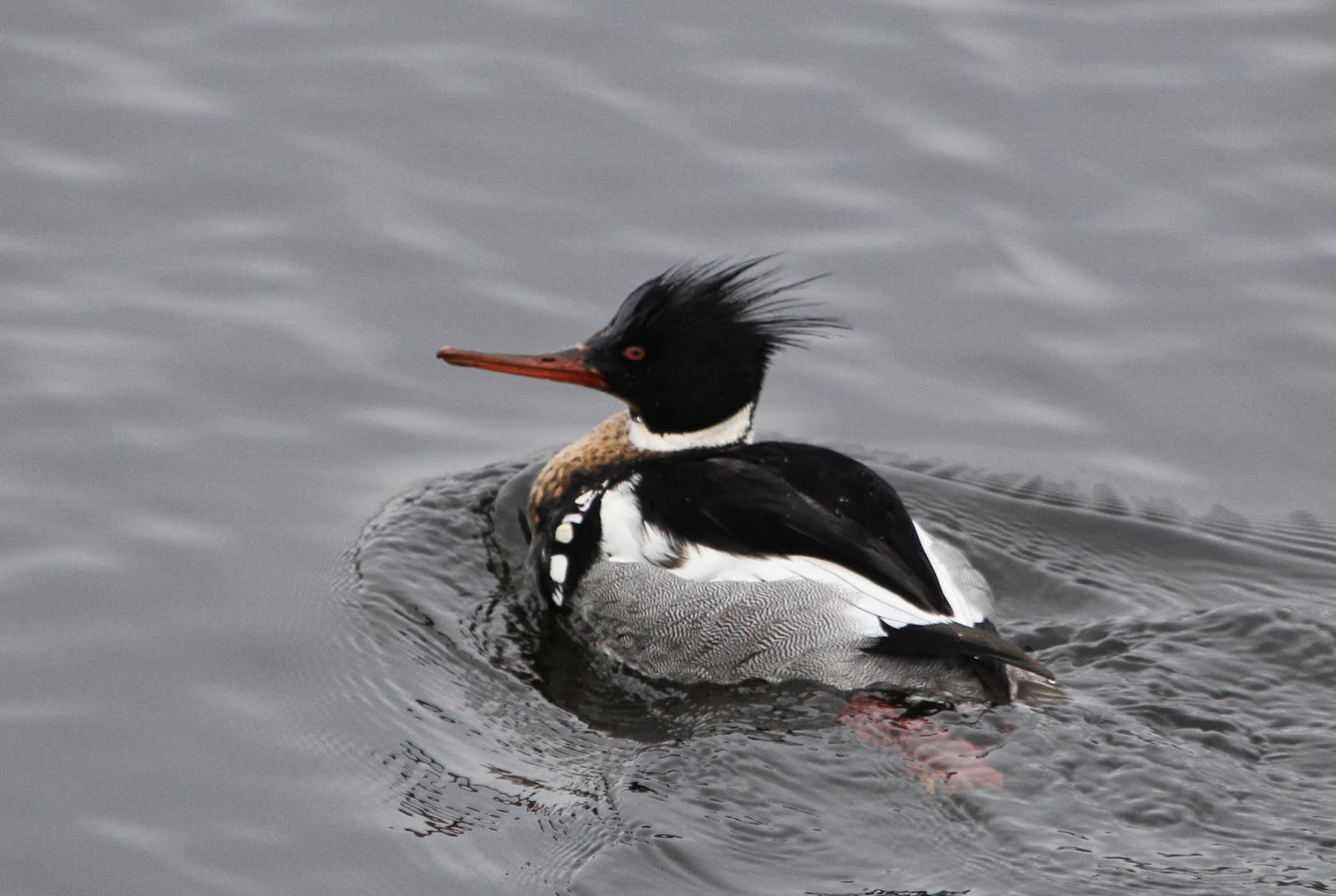 He obviously moved off rather quickly and continued to look for food on the far side of the river.  I just can't imagine how cold it must be keeping his head underwater while he's looking for food. 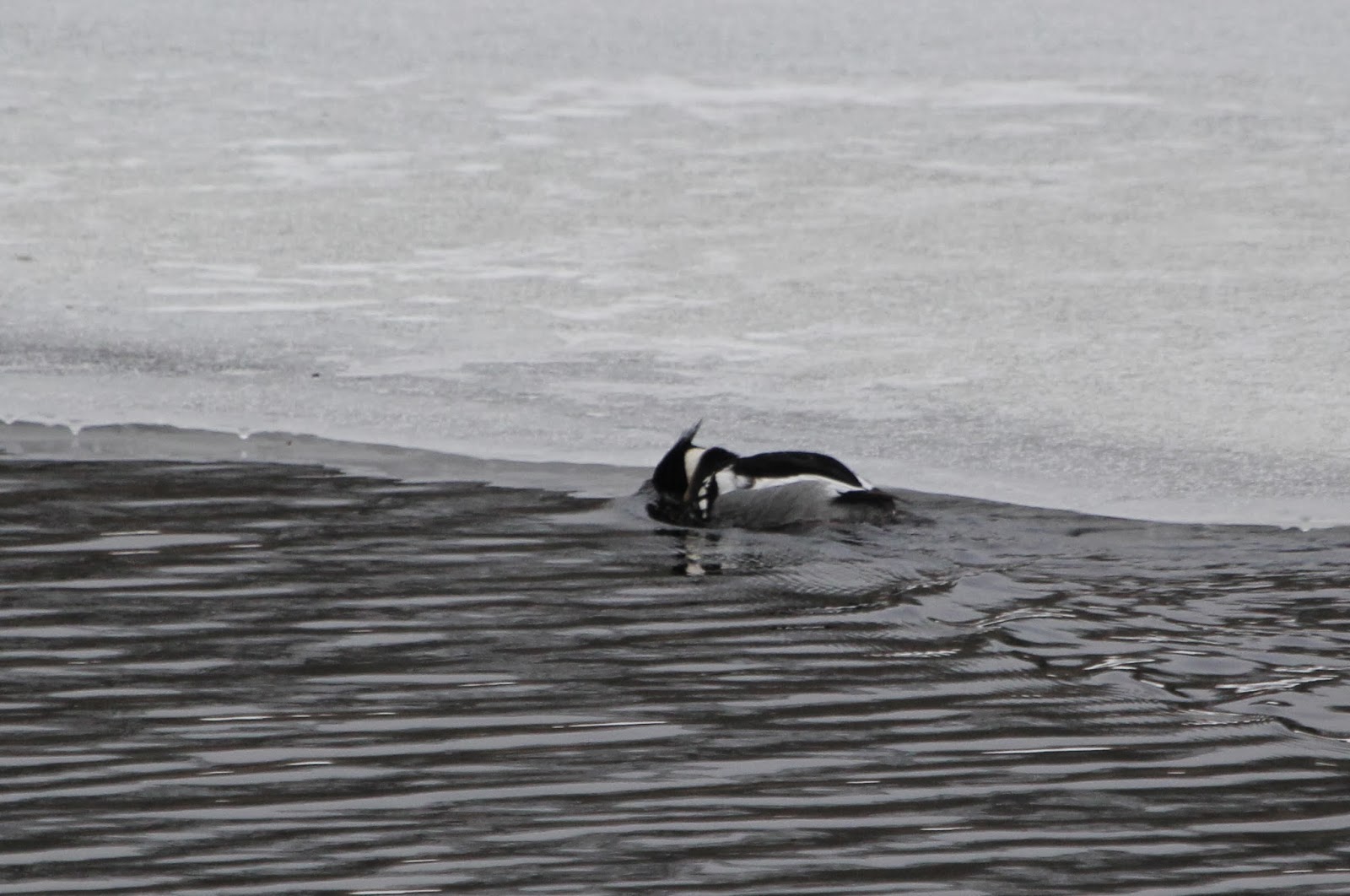 We also had a nice pair of Fish Crows on the Shrewsbury side of Lake Quinsigamond from the parking lot near Jimmy's at White City.  Both birds were being very vocal and I plan to check back and see if this is a pair that plans to nest in the area.  We also had good numbers of Robins in the sumac and there was a Common Merg in the open water under the bridge near the construction. 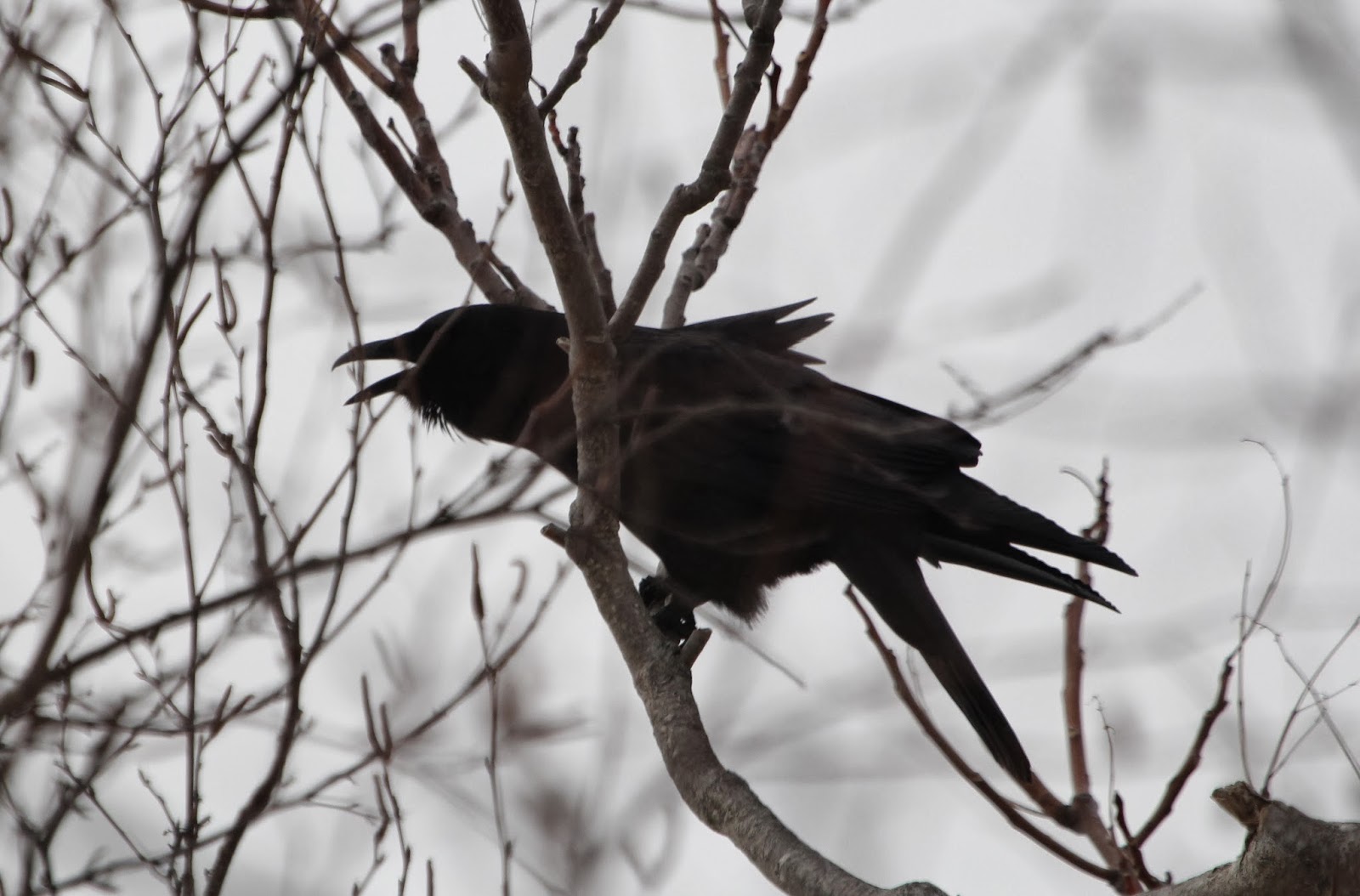 Of course everything in the area flew up when 3 snowmobiles came flying down the partially-frozen lake and pulled over right under where we were standing.  It was really quite stupid since as you can see from the photo I wouldn't necessarily call the lake "totally frozen" in this area.  Seriously, the 3 guys pulled over and left their machines.  Not sure where they went, but if I had to guess I'm thinking they climbed up through the construction site (easy climb) and headed into Jimmy's for some burgers and beers.  Given the temps were at 40 at this point, I do wonder whether they made it back to wherever they entered the lake. 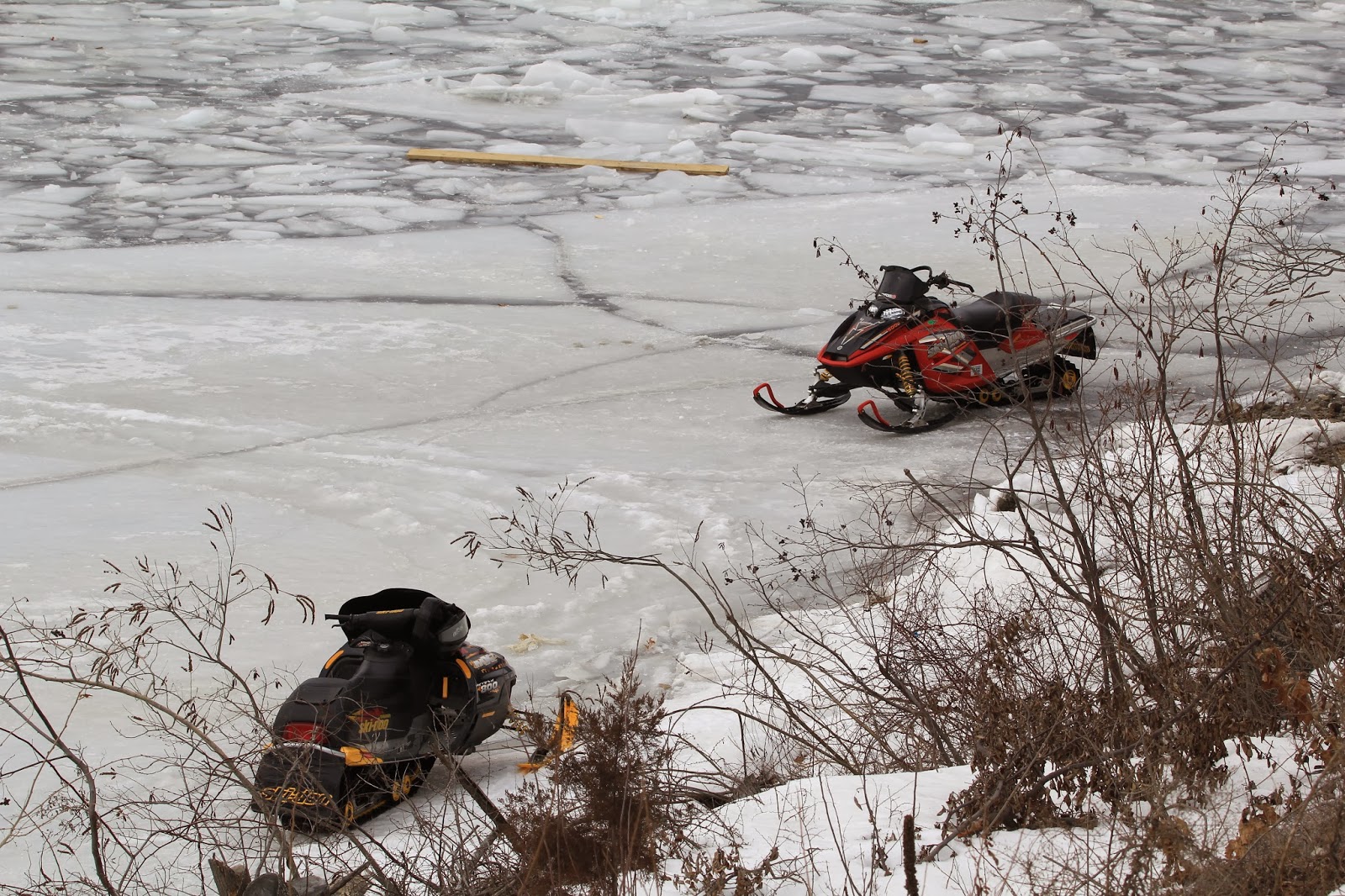 We checked the north end of the lake for any open water.  Near the bridge where 290 crosses the lake we found a fairly fresh deer carcass!  It looked like it either jumped or was thrown off the Rt. 290 bridge.  It'll be interesting to see if an eagle finds it within the next day or two... 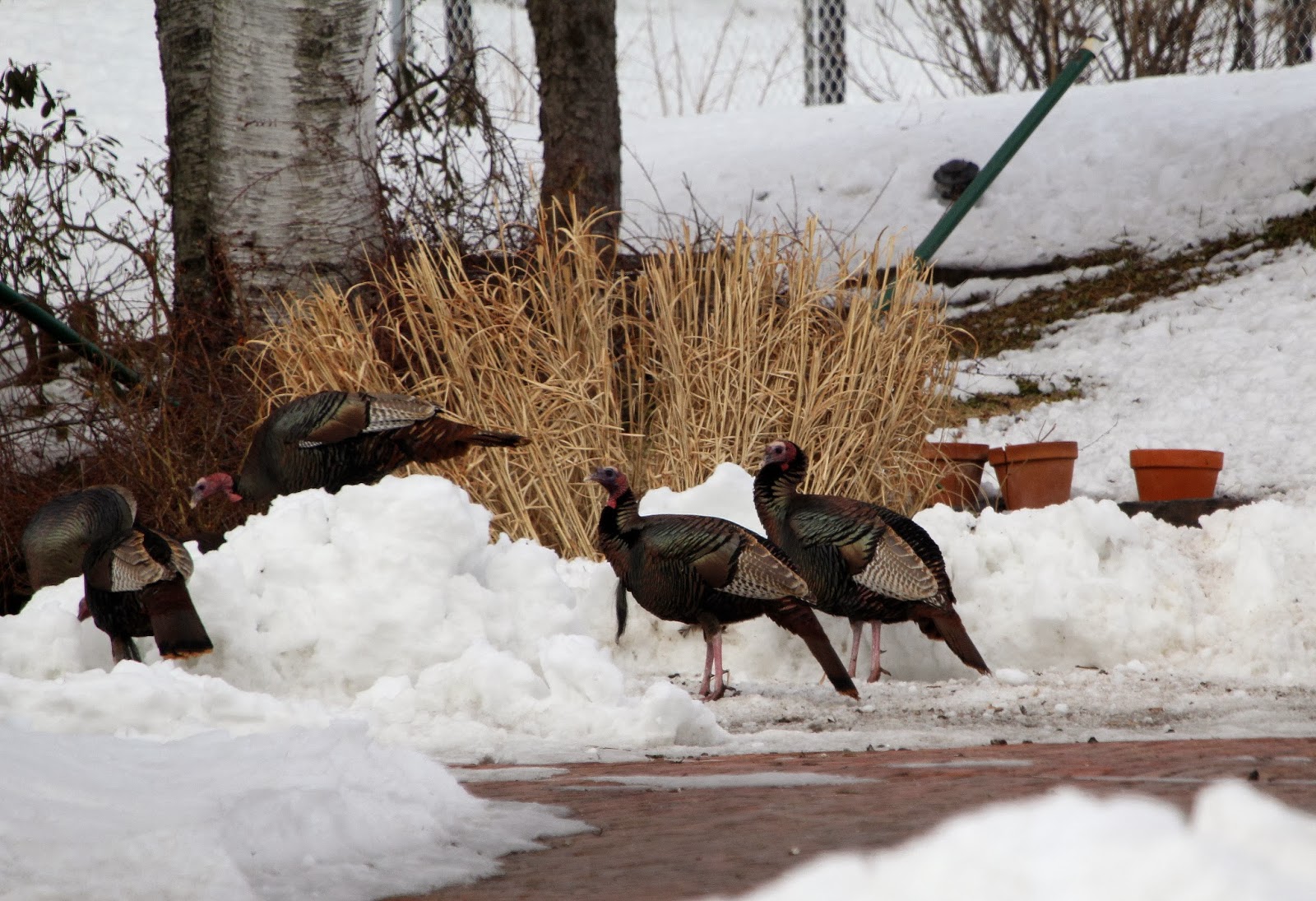 Before heading home we checked the golf course at Worcester Country Club and had 3 Canada Geese chowing down on a few blades of grass poking out of the snow.  And just down the road past Clark Street we had a small group of turkeys at a feeder on the north side of Mountain Street.

Always somethings to see....Enjoy.....Sheila
Posted by Sheila Carroll at 4:55 PM