For some reason it has been incredibly hard to get the blog for last weekend's first real birding trip together. I could make lots of excuses about work or family commitments....but I know Mark reads my blog and he'll rat me out! After all, he's been asking almost everyday "have you done your blog yet?" So here's some shots of our trip to Falmouth last Sunday, January 4th (which also happened to be Mark's birthday)! 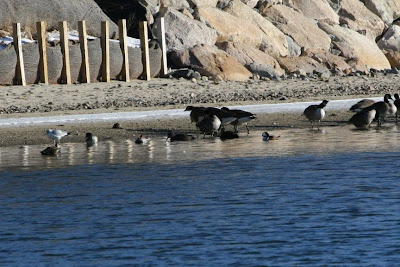 We had been planning a trip to Falmouth since we hadn't heard any reports from the area, and low and behold, Saturday there was a great report from Blair Nikula about some great birds in the Falmouth area (and he even provided good directions). We started by stopping at the end of Nickerson Road (off Maravista) to look for the Redheads and Eurasion Widgeon that were hanging out at the mouth of Perch Pond where it meets Great Pond. There's a nice overlook and were able to scan the whole area. The Redheads were pretty far off so you really need to enlarge the photo to see the sleeping drake bird. 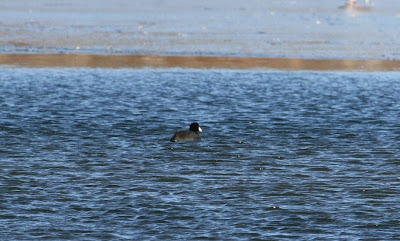 We had our first Coot of the year.... 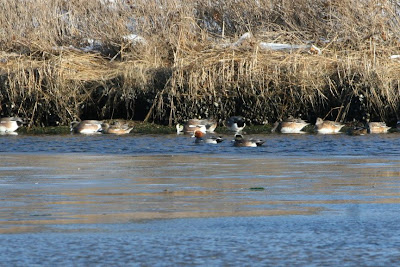 And the Eurasion Widgeon was fairly easy to spot, even in the large group of American Widgeon that were feeding along the edge of Perch Pond. 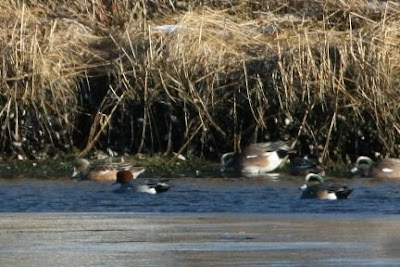 There was a nice showing of Mute Swan and Hooded Merganser at the bridge overlook of the Moonakiss River on Meadow Neck Road. 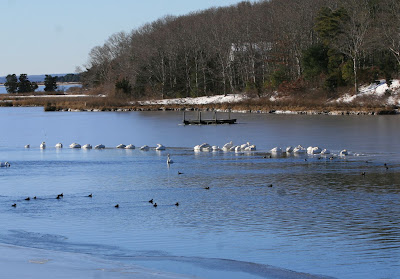 And several Song Sparrows in the thickets all throughout the area. 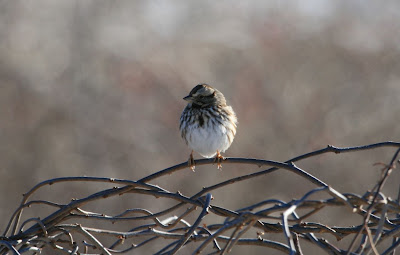 The various ponds along the shore (Green, Great, Little) also seemed pretty empty...some were frozen. So headed into Falmouth proper, with a quick stop at the Harbor 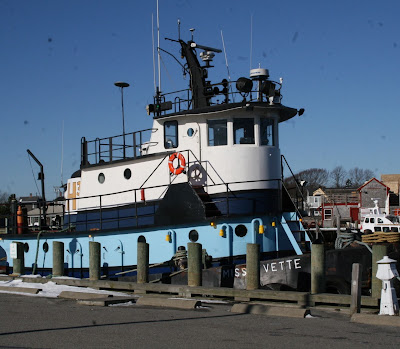 We had a nice mixed flock of Scaup in the harbor from that little parking lot at the end of Grand Avenue. 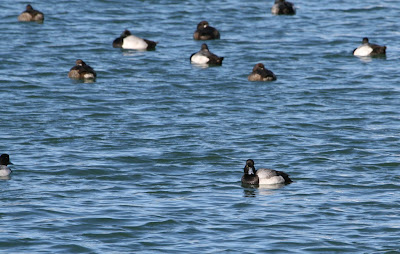 And a very territorial Mockingbird who was not about to let anyone near his "horde" of berries in the thickets along Deacons Avenue. 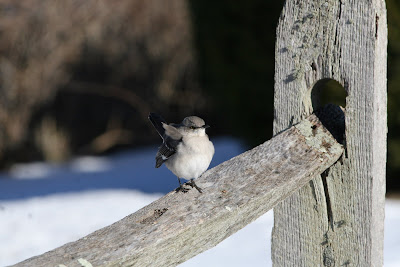 The pond behind the library was totally frozen and most of Sider's pond (behind the Town Hall bulding) was as well. However, the very noth end was open so we hoped for something. Although much of the attraction of this area is the large thickets where, historically, we would come for the hoped-for Carolina Wren. Of course, that was before their inland "explosion". 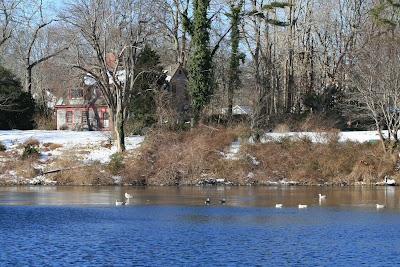 I'm always a sucker for Robins....I think as a kid it was drilled into my head that they were a sign of spring, so in January I always get a thrill to see them. 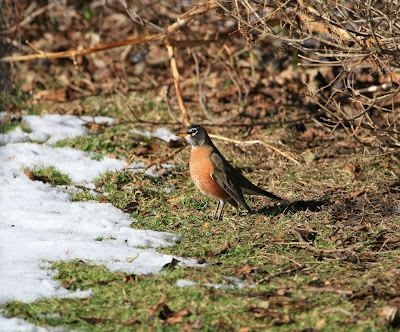 And this Great Blue Heron was trying to eke out a living fishing in the small parts that were still open. 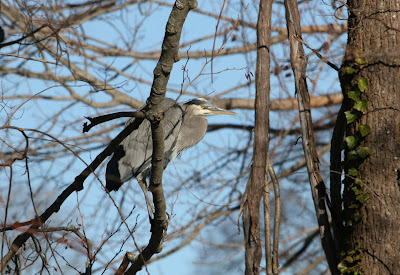 Salt Box Pond, which usually provides great waterfowl, was frozen so we headed to the end of the bike path to see what the thickets would produce. And were weren't disappointed. 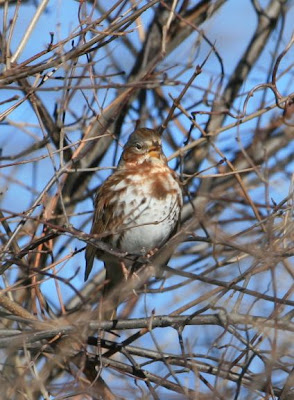 In addition to this very accomodating Fox Sparrow which was SINGING, we also had quick views of Chat and several Yellow-rumped Warblers. 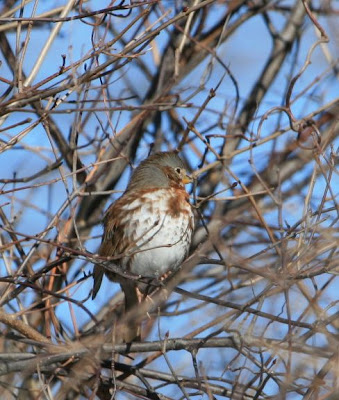 On our way to Wood's Hole we stopped by the Nobska Light where we had several Song Sparrows working the grass in front of the lighthouse. 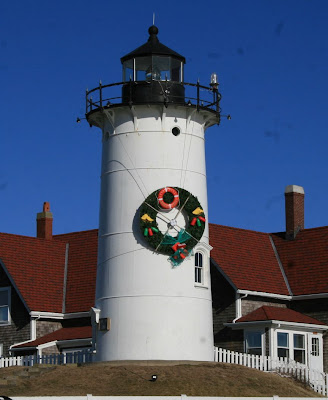 At this point you get a nice look out to Martha's Vineyard and think of warmer days. There's also a very touching memorial here to a young woman who was killed on 9-11. It has a wonderful bench to sit on and contemplate the ocean and a beautiful plaque about this person. I couldn't bring myself to take a picture since it seemed quite personal and I felt like an intruder....so you'll just have to go there and see it for youself. 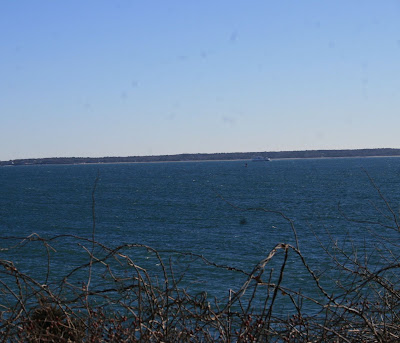 We ended our first real birding trip of the new year at Quissett Harbor searching (unsuccessfully) for the Eared Grebe, and although we had several Horned Grebe, we couldn't turn up the Eared.


So that's the saga and I have to say thank you to Mark for "encouraging" me to get back on the blog bandwagon....it wasn't so hard once I got started.