Birds and Blocks....Snip-its of Several Trips

I feel like I haven't posted any bird trips for a little while, and I've been trying to figure out why? I think I'm realizing that when I'm doing atlas work (especially block busting) that I'm less inclined to take the time to photograph birds.....therefore, less blogging. So I've put together some shots that I've taken while I've been atlasing over the last 2 weeks. Since my camera went into the shop for a cleaning the earlier part of this week, most of these shots are at least 2 weeks old. Also, since it's not raining in any of them, you know they've got to be a week or two old! 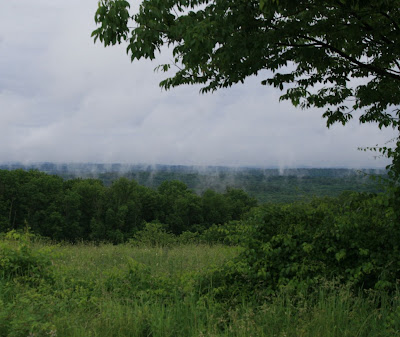 Although with the mist coming up from the overlook at Dresser Hill, you might think it's one of the rainy, misty days from this week. 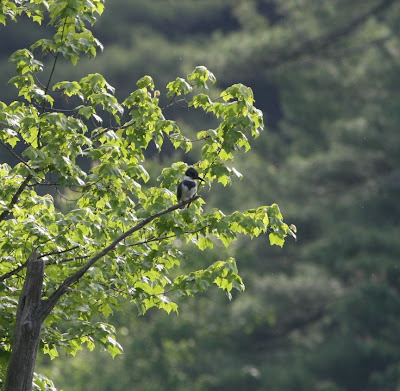 The Belted Kingfisher was taken at Howe Pond in Spencer (our atlas block of Warren 10). We heard a Common Moorhen from this same spot; however, two subsequent trips back tell me that it may have been a migrant, since we haven't seen or heard it again.

In our Warren 8 block (along Long Hill Road in Brookfield) we had a nesting Eastern Kingbird perched right on the road. 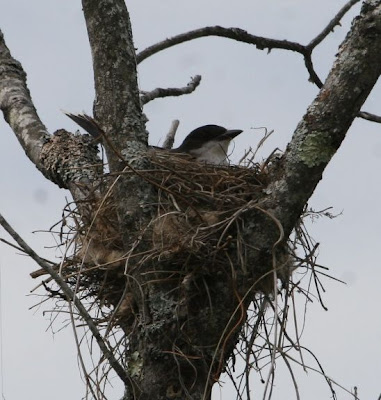 And while we've been seeing kingbirds on the nest in several blocks, we were delighted to find fledgling Baltimore Orioles at several stops in our Southbridge 11 atlas block. This little fellow wasn't able to fly yet -- and he was tailless and still begging for food. 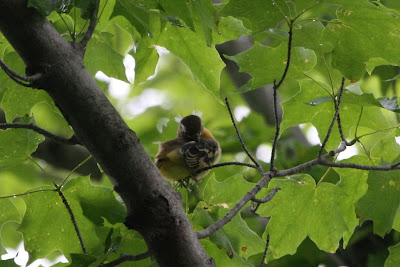 And you can see some of his feathers aren't quite in yet. In fact, he looked like he had a little mohawk. These photos were taken almost 2 weeks ago (6/14). So something tells me that the "safe dates" for this species is way too conservative at 5/25. And since we've seen the same thing over and over, I'm hopeful that the powers that be in Lincoln will consider revisiting some of the safe dates going forward. 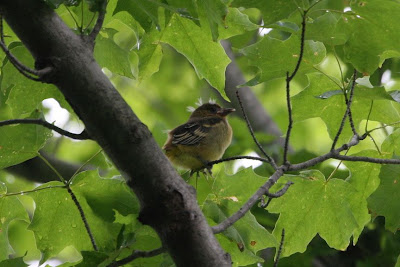 Also in Southbridge at our favorite abandoned golf course there are lots of tree swallows nesting in natural cavities (and we even had a pair of Bluebirds nesting in tree holes rather than boxes. 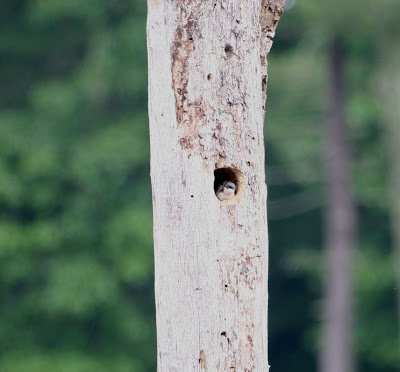 We also had a nice family of Hooded Mergs loafing on mossy log..... 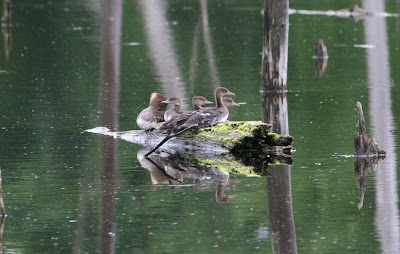 until mom decided that she didn't like my pointing my camera at her little ones! 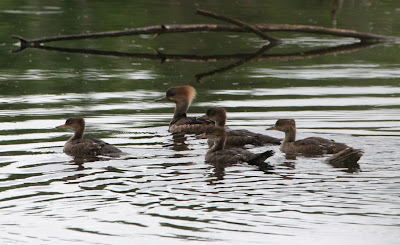 We also had Yellow-throated Vireos right down on the CT border in Southbridge. This is very close to the Opacum Land Trust property we've visited right off of Rt. 169. 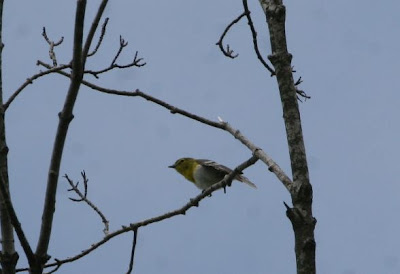 And while some birds are still busily tending nests and noisy young, the Starlings are out in droves. It's always nice to compare the various plumages at this time of year. The young birds are really quite handsome looking. 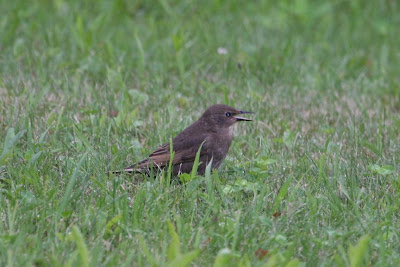 The same field was also visited by this Red-tailed Hawk who, undoubtedly, is out gathering food for it's hungry family back on the nest. 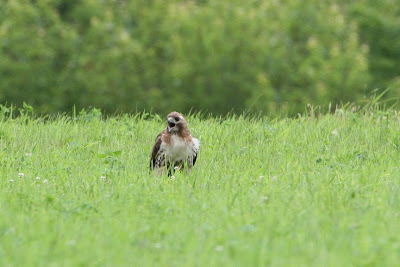 And, of course, you can also count on finding something unusual....this little ornament was stuck in an old stone wall on a dead-end road. Not as good as that "herd" of carousel horses, but still creepy enough to make it to my blog. 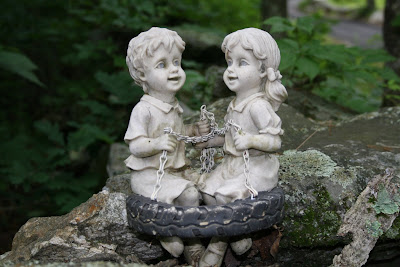 We also visited Wells State Park again. Both to look for the Black Rat Snakes (dipped again!) and to see if the Acadian Flycatcher was still hanging around. We did have it calling in the same area, but we also came across this Broad-winged Hawk out hunting the forest edges. 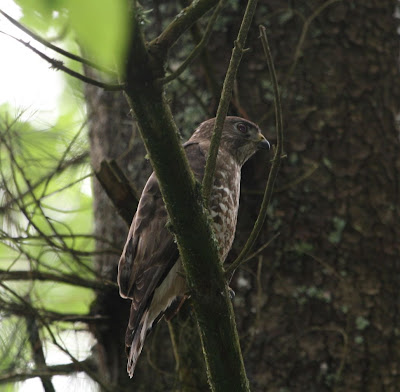 My guess is that this is an adult heavily-streaked light phase, but if anyone wants to challenge me on it, I could be convinced differently. Anyway you slice a very nice bird! 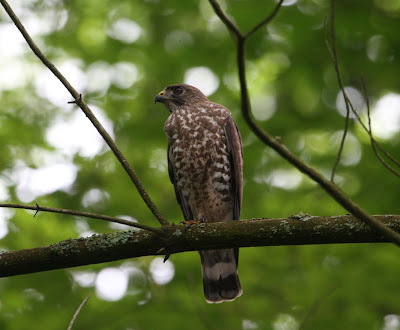 I'm totally attracted to hawks -- always have been -- so I'm always gonna stop for a perched Red-tail when there's a chance I can photograph it. 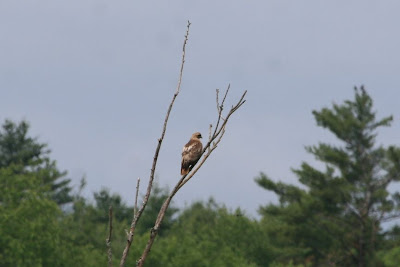 This was one of 2 birds perched in the marsh behind the Spencer water department building. This particular tree gets used by everybody -- Belted Kingfisher, hawks, both Alder and Willow Flycatchers....a very popular hang-out.


Since I've been on vacation all week (with this rain good thing I'm not a beach-goer) and I got my camera back yesterday, I'll be posting more from the upcoming weekend.