We had an absolutely fun and productive block-busting trip on Saturday focusing on one of the blocks for the breeding bird atlas -- Southbridge 8 (and the sliver of Southbridge 9). There were 12 of us that met at Friendlies in Sturbridge at 7 a.m. and we spent the next 4.5 hours fanning out to cover the block and together put in the 20 hours "required" to consider the block completed -- or busted! Mark and I were joined by the Berards (Deb, Dan and Danny) Simon Hennin, Paul Meleski, Steve Sutton, Jane Moosbruker, Alex Dunn, Rebecca Ciborowski and Kevin Bourinot. 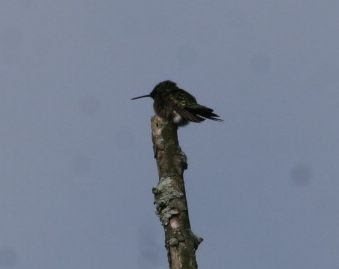 We planned to keep in touch via cellphone and set up a tree so that you only had to call one person and either pass on a bird you had found/confirmed or pass on the message you received from the person calling you to pass on the bird. It worked fairly well, although phone coverage was spotty and I found myself telling Steve Sutton (who called me) of several birds that I had passed on to Danny -- but they got "lost" in the telephone tree. So several of us had Ruby-throated Hummers on territory -- but they weren't doing too much in the way of behavior. 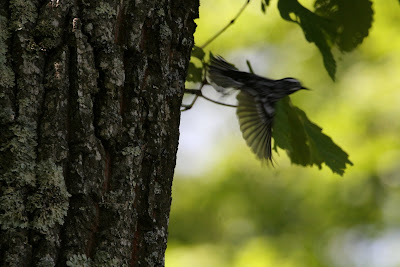 This Black & White Warbler was calling near me and flew off just as I spotted him. Luckily I found another pair in our section and this time had the birds carrying food so could finally confirm it for the block. 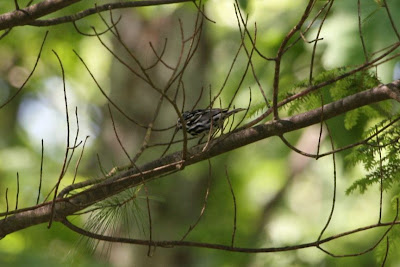 One of the real treats was re-finding the pair of Osprey on the nest behind the Comfort Inn right off Exit 1 on Rt. 84. We had spotted the female sitting low on the new and as we got a little closer we also had the male on one of the lower levels of the microwave tower taking a fish apart. 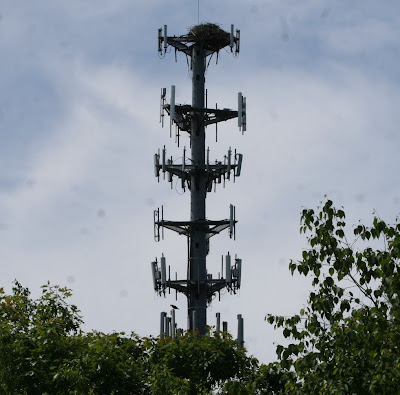 We had checked this tower twice this season and must have missed the female on the nest. It's a huge nest and early on she must have been totally hidden by the sides of the nest. 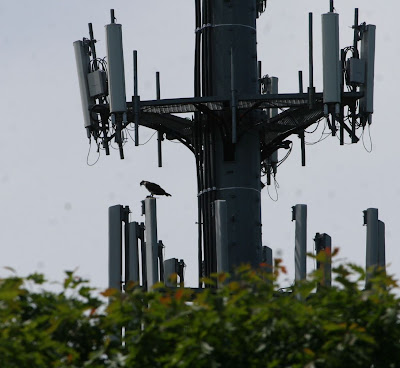 Ondenates were out and about as well and this Common Whiteface teneral was still drying it's wings when I came upon him. 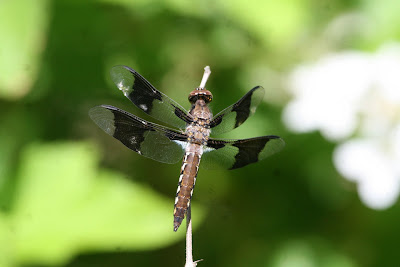 Also this very slaty blue-gray darner (I'm not totally sure of the species) also put on a good show as we walked some back road to a hidden swamp. 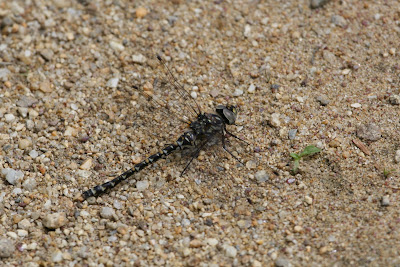 It was an absolutely lovely early summer day..... 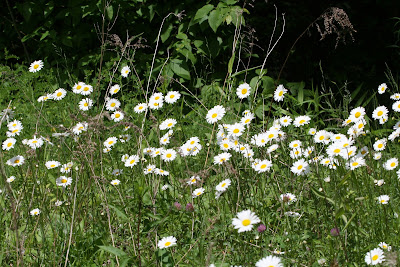 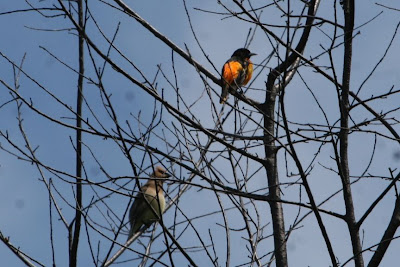 We ended up meeting back at the Friendlies for lunch and compilation. And it was so much nicer to compile after 4-1/2 hours of love summer weather than a Christmas count!

Here's the team that put in the hours and delivered an awesome result for our first block-busting endeavor! Unfortunately the photo is minus Simon (who couldn't stay for lunch) and me of course since I'm taking the photo. 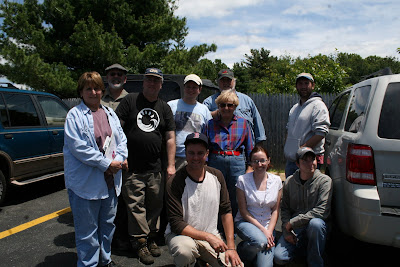 Thanks to everyone for making it a really fun morning birding!