We had a great morning in the Lunenburg area busting atlas block Ayer 1 on Saturday. There were just six of us (Mark Lynch, Dan Berard, Deb Berard, Pat White, Marci Driscoll and me). Since Mark & I had spent about 5 hours already checking out the area, we broke into 3 teams and spent 5 hours finishing up the block. 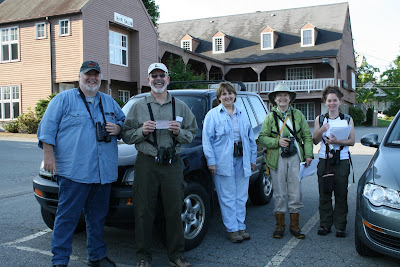 One of the highlights in our area was this rather large penguin sitting on someone's stone wall. When I got home and enlarged the photo I realized that there must be a story here, since the bird's chest is signed by several people. I just love life's little mysteries! 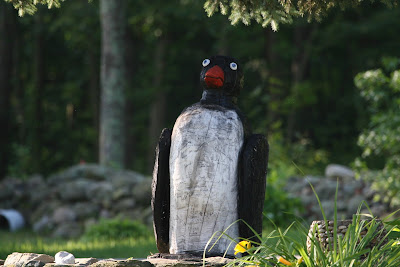 Unfortunately, this whole area has been rapidly built up and the shot of Mark walking up some brand-new powerlines was really disturbing. And I'm not just talking about the couch that was dumped there. 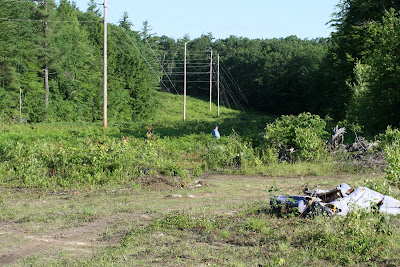 It seems these new powerlines were built on a wetland -- a northern bog judging from the numerous Sundews throughout the area. Sundews are insectivorous plants, and we usually find them in places like the Hawley Bog along with Pitcher Plants. This area was obviously very boggy and I can't imagine what the plant and birdlife was like before they cut it down for the powerlines. 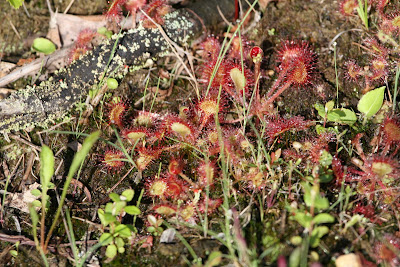 We did still have some good birds in the area, including breeding Chestnut-sided, Prairie, Yellow-rumped, Pine, Common Yellowthroat and Black-throated Green Warblers. 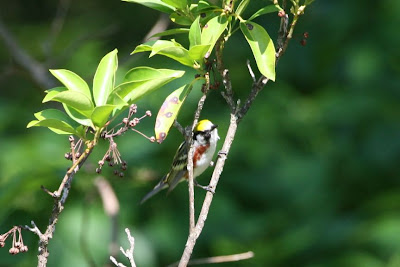 One of our nicer surprises was to find recently-fledged Red-breasted Nuthatches! They really look like washed-out versions of the adults with a little downy fuzz leftover. 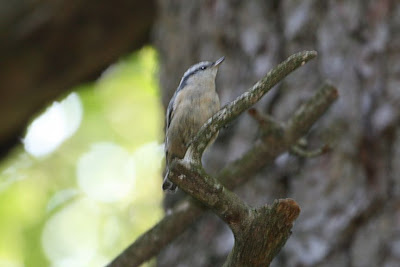 There were wonderful little pockets of forest left, and we hoped we would hear Louisiana Waterthrush along some of the more isolated streams....but we didn't. 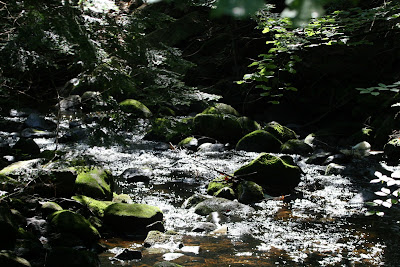 One of the more bizarre photos Mark had me take was this one of two slugs on a discarded cigarette butt. It actually looked like the slugs had eaten away some of the orange paper on the filter....YUK! 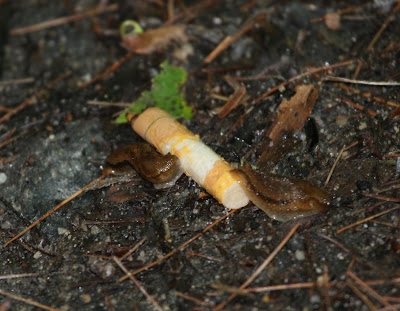 We came across this pair of catbirds who looked like they were getting ready for a second nesting. They really are quite entertaining birds. 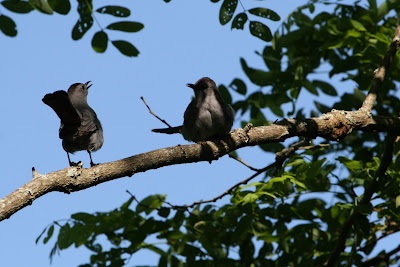 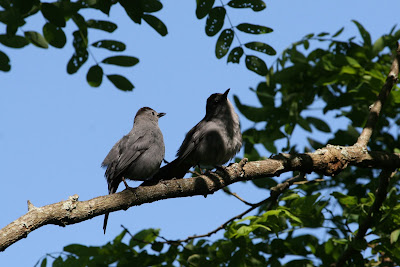 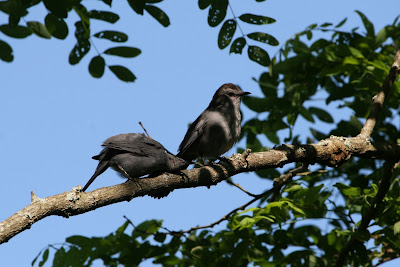 And in the marsh behind North Cemetery we confirmed Belted Kingfisher, plus a very healthy population of Virginia Rail. Earlier in the week when we checked this marsh we had a Black Duck land in front of us and swim into the reeds.....could they be breeding here too? 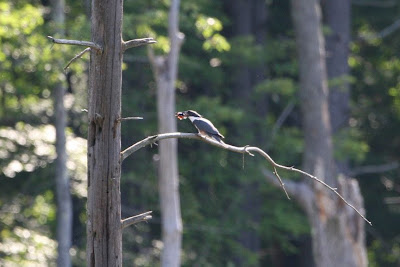 No birds in this photo -- I just really liked the back of the gravestones in the older part of the cemetery. 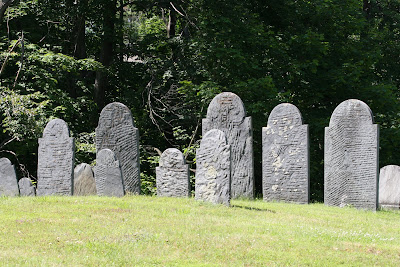 And this year it seems everywhere I look I find another Eastern Kingbird sitting on a nest. This one wasn't very camouflaged, and she was sitting about 2 feet above the water. 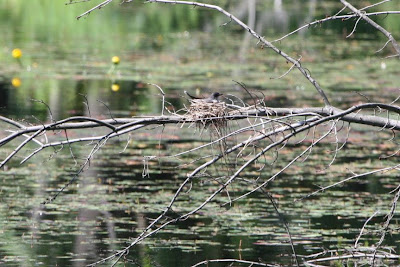 We ended the morning with a total of 80 species and everyone added at least one or two unique sightings to the list. All in all a very productive block-busting effort.

It was interesting to note that when we got home Saturday afternoon and watched The Weather Channel, it appears that Lunenburg and Townsend were smack dab right in the middle of some very severe thunderstorms, wind and hail. Whew, we never saw a drop of that weather when we were there.