A Snowy Weekend...January 2nd and 3rd

With the Christmas Bird Counts finished (our last, Cape Ann, was cancelled due to bad weather) we stayed local to check and see what was hanging out in the ponds. The weather was pretty harsh both days, so we really got very little birding in. 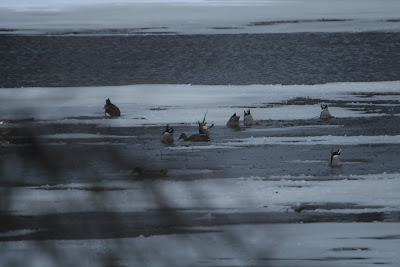 On Saturday (1/2) we had a beautiful male Pintail at All Faith's Cemetery in the southwest part of Worcester. In the photo above you can see the "pintail" even as he's feeding in the pond. 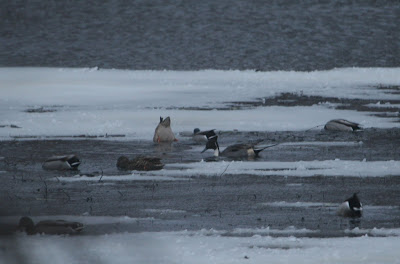 We couldn't find a female, but there were certainly lots of Mallards and Black Ducks to keep him company. 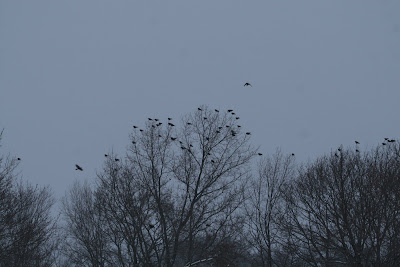 We had two different crow roosts in the city -- this one was right in the cemetery. The other was closer to home. 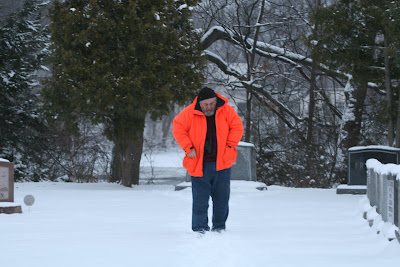 The wind was so fierce that even Mark's Cabela coat couldn't help! (Of course some have suggested that zipping up the coat could improve it's performance.....) 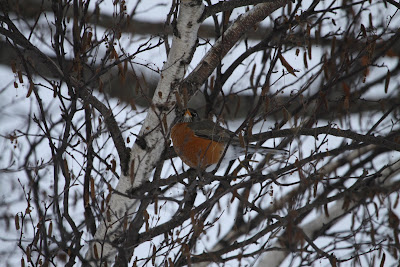 But even with the lousy weather and fierce winds, Robins were out and about after the snow let up.

On Sunday, we headed down to Turner Reservoir in hopes of finding the male Tufted Duck. Since the reservoir seemed to be partially frozen when we saw it a week ago, we hoped this would keep the ducks close in. This pair of Mallards didn't seem to mind the one-and-off again snow showers that came through. 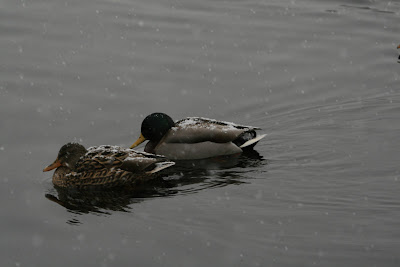 We even had a Belted Kingfisher whip across the only open water.... 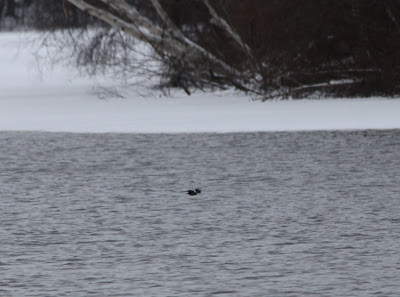 But, alas, no Tufted Duck. We did have a nice pair of Canvasbacks, though. I think the numbers seemed to have dipped in the past few years, so it was lovely to be able to get close looks at these handsome birds. 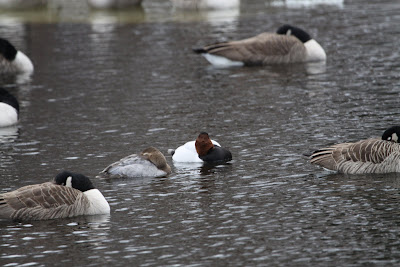 The frustrating things about this duck for me is that even when they sense you're close by the just sail off -- keeping their heads tucked in. So I never quite got the "National Geographic" shot! It is important to realize though that these birds are still completely identifiable even when sleeping (or pretending to be be) 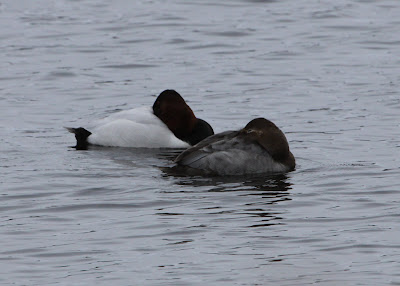 As we checked some of the other open water in the area, we had numbers of waterfowl, including fairly good numbers of Common Mergansers. This female was across the street from the main body of Turner Reservoir... 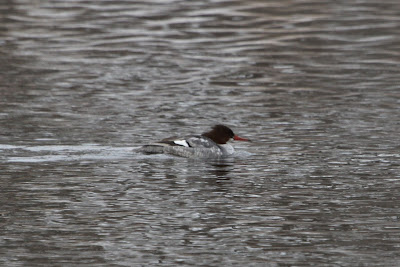 But these males were busy feeding further up the Ten Mile River in the pond behind the Pawtucket Country Club. I love the way they swim along with their "face" under water looking for fish. 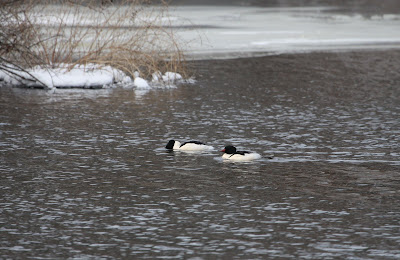 When you get a chance to see these birds up close, you realize what a beautiful duck this is. The color on the bill and the way it blends into the black -- a very sharp-looking bird! 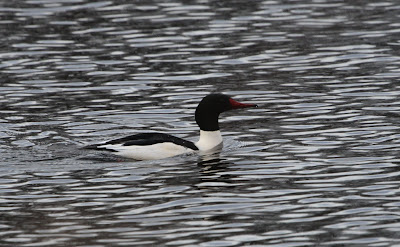 Since so much of the water had started to freeze, we didn't get too much in. Mainly we were checking to see if it would be worth Mark holding the class on the Blackstone which was scheduled. Based on what we saw and the forecast for the upcoming weekend....we decided not to.

Still we had a good morning and some greats looks at waterfowl.
Enjoy.....Sheila
Posted by Sheila Carroll at 6:41 AM