Last weekend we decided to head to southeastern Mass to check out some potential blocks in Plymouth and Bristol Counties for next year's Breeding Bird Atlas. We were in the Marion area and then in Onset. While we were checking out the Kittansett Golf Club at the end of Point Road, we came across Razorbill at the mouth of the bay. We decided that we would go over to check the Canal and see if the Razorbill show was still happening.....good choice. 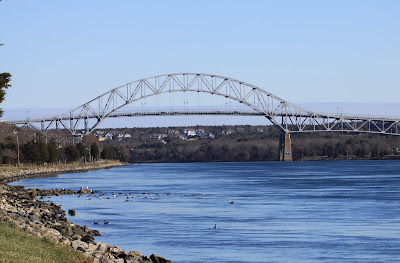 At the Maritime Academy we had 3 or 4 Razorbills moving down with the current very fast. We also had the first big show of Eiders. Last January and February we went to this area several times and had huge numbers of Eider. It promises to be another good year. We also had Brant start to buildup in the area as well. We decided to drive up to the Sagamore Bridge and head over to Sandwich to see how things were going at the northern end of the Canal. 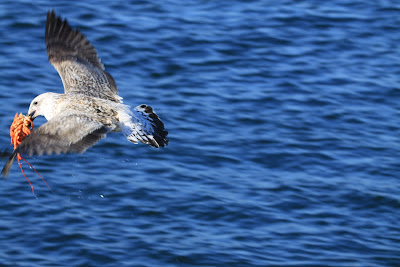 We headed in past the Sandwich Marina and pulled into the parking lot at the end of Ed Moffitt Drive. There were numbers of gulls (mostly Herring and Greater Black-backed) picking over the "trash" at Joe's Lobsters. This GBB flew off with the remains of a lobster all his own. 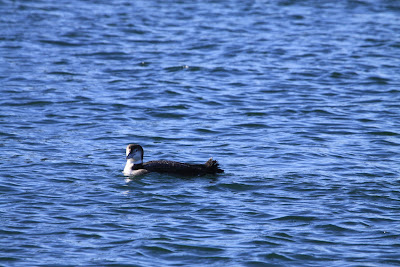 There were good numbers of Fish Crow picking around with the gulls at Joe's too. 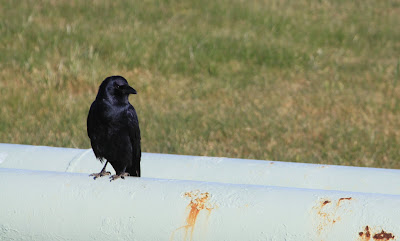 We spent time watching a Coast Guard boat head out on a training session and we later came across a Canal Patrol Boat. I must say this not a branch of the service with which I was familiar. It sort of reminded me of the time Mark and I went out with someone who was a canal ferry boat captain in Panama. We spent 8 hours riding up and down the Panama Canal on his shift. What a way to "waste" a day in a spectacular birding area. The lure of riding up and down a canal on a boat has been lost to me forever! 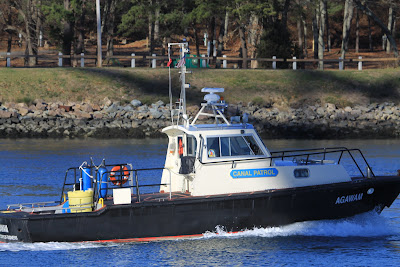 As we headed down towards the Railroad Bridge in Bourne, we stopped and checked overlooks wherever we could...and sure enough we could see little black and white Razorbills popping up and down at virtually every stop we made. 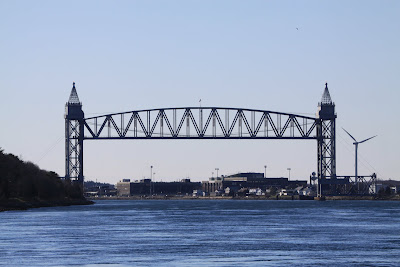 At the Railroad Bridge we had Double-crested Cormorants sunning themselves in the early afternoon sun. 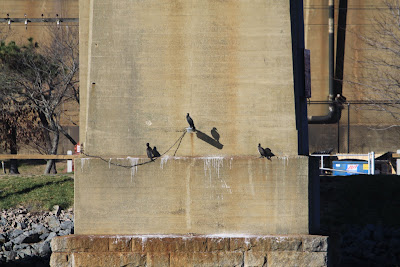 And we watched the Eiders feeding very close to the shore across from the Maritime Academy. 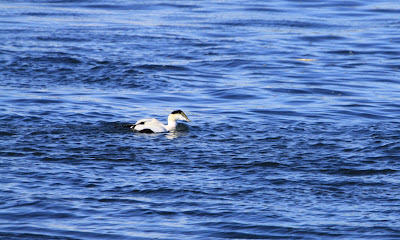 I never get tired of looking at male Common Eiders when they're in their breeding plumage, but the coloring on the female can be quite distinctive as well. Sometimes you can see so many different shades of brown.... 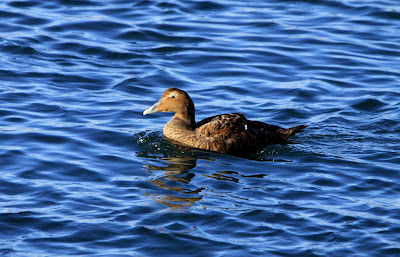 and then there are the in-between plumage males. I never get really wowed by them, but Mark wanted to make sure I got some shots of the 1st winter males that were hanging around. 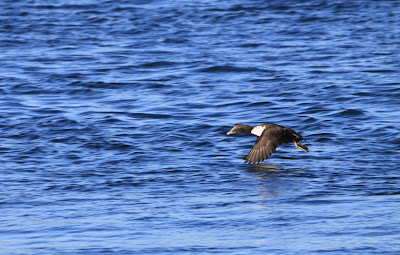 We were even lucky enough to get some great shots of this Red-shouldered Hawk not too far from the Maritime Academy. 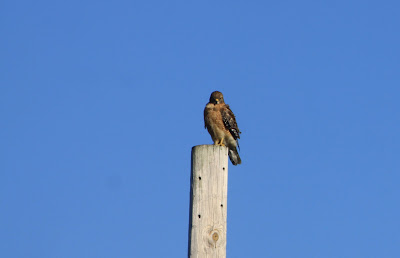 The bird was clearly hunting around the all the marshes looking for that one little mouse morsel! 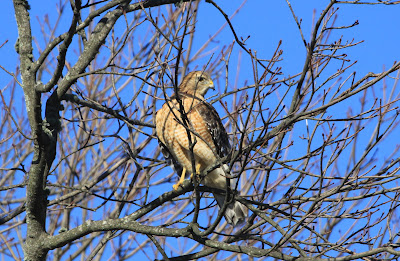 And as wonderful as these birds all were, clearly the highlight of the day were the numbers and views of Razorbills. 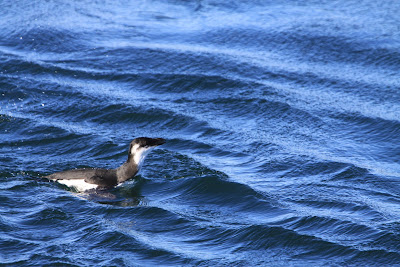 Certainly you can get great numbers farther down the Cape, especially from places like Head of the Meadow or Race's Point. But to get so many right in the Canal and to be able to study the plumage difference between adults and immatures -- now that's something I don't get to do every day, or every year for that matter. 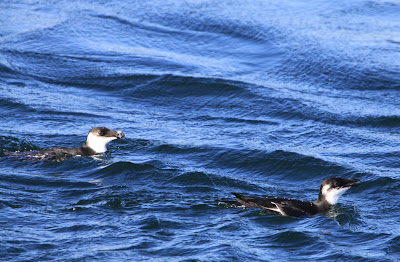 These sharp black and white birds seemed to be everywhere we looked. We had them at both ends of the Canal and at several stops along the length of the canal...from both sides. 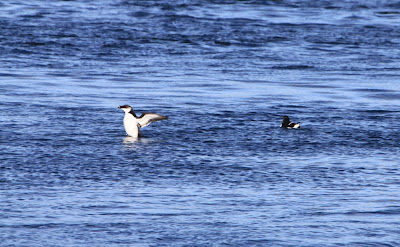 At the northern part of the Canal, there were actual groups of 7 to 10 birds floating along. They were quite amazing; one would dive and then all the others would follow. There must be some phenomenal schools of fish that they're feeding on. 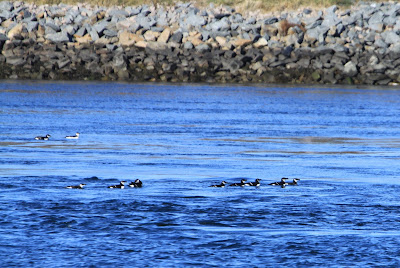 You could watch them disappear and then you'd scan all around looking for where they would next pop up. Sometimes it was so much further out and other times they were too close for me to even focus on! 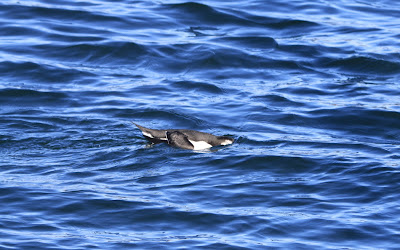 And they have such a unique way of diving...they really throw themselves underwater and off they go. We had one bird that was close enough we could actually see him propel himself under the water for a few seconds. 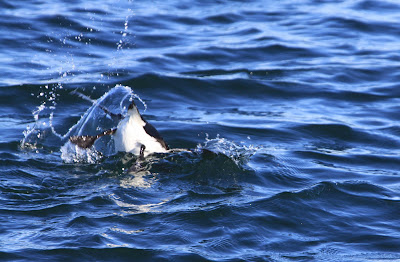 We ended the day with more than 70 Razorbills in the Canal....from one end to the other. Considering the one that started out quest up in Marion, I wonder just how far they are wandering. Hopefully these guys are getting a lot to eat and will hang out in the area so that folks who want to check them out will get a chance.